The cognitive dissonance created by the very concept of an entry-level luxury vehicle is the stuff of long-winded psychiatric dissertations, so we shall leave that anomaly as it lay, and speak of more tangible things.

Shopping for a used
Acura ILX? 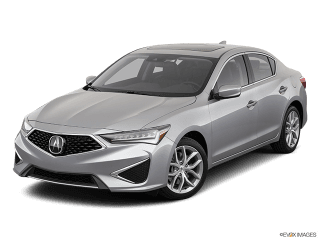 Like the Honda Accord, the ILX is capable of delivering driving experiences typical of cars costing twice as much.