It delivers, but it does so at a cost.

Just like how mommy and daddy work together to make a baby (spoiler alert, toddlers), two Acura models combined their DNA to create a single offspring. The Acura TLX replaces two different models in Acura's lineup, the TSX and the TL. With its new car, Acura hopes to bring former buyers of both models together, under one roof, if only to reduce overlap between its own offerings. The TLX is now the only Acura in the mid-size segment.

But it's more than just an Accord playing dress-up in the attic; the TLX brings to the table several unique features that its more pedestrian brother does not. The end result is an entry-level luxury car that is worth the increased cost over the Accord, provided you'll get some use out of the Acura-only fancy bits.

Shopping for a used
Acura TLX? 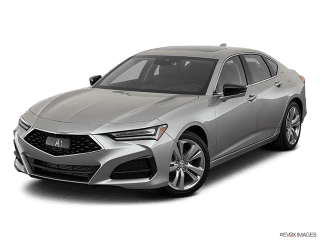 When it comes down to it, if you're willing to pay a bit more for a no-nonsense, technologically up-to-date Accord, the TLX should be at the top of your list.