The Audi Q3 is the latest addition to Audi's rather large fleet of models, hot on the heels of the new A3, which is Audi's most down market car. Unlike the A3, which is a fine car but is too plain to feel like an Audi, the Q3 takes the VW Tiguan, itself one of the better crossovers on the market, and upscales it the Audi way.

Shopping for a used
Audi Q3? 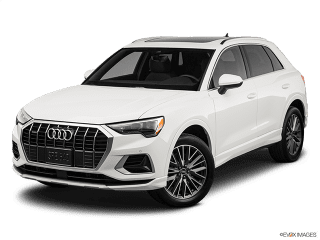 The Q3 strikes the proper balance between lively lane-darting and comfortable cruising, and the steering and handling are capable of moving from one to the other without the need for a mode change.