Got one parking space? Fill it with Jeep's truck 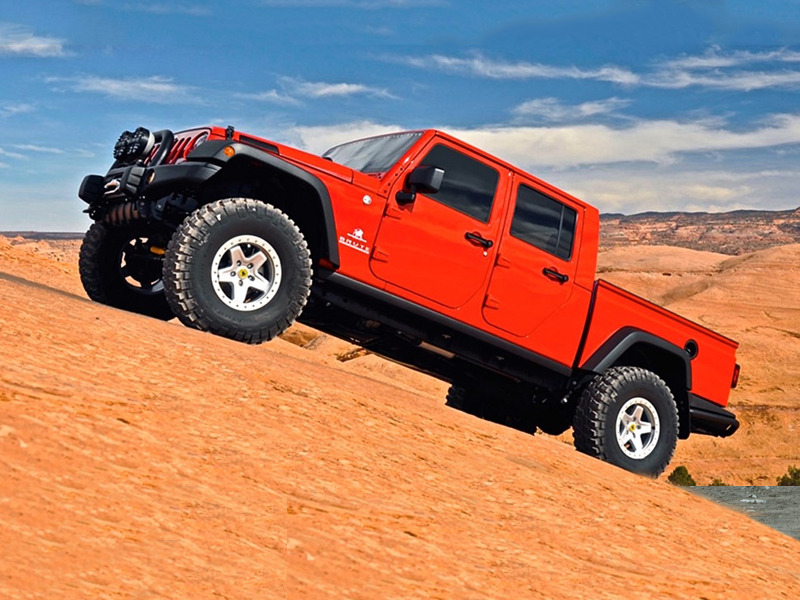 We anticipate that the new Jeep pickup will become its hottest seller.

Trucks are crazy hot right now, which is probably why Jeep is finally building a truck after over a decade of teasing. While we’re still a little miffed that the brand has teased us for so long without giving us anything beyond awesome renderings a concept trucks (like the ones in the photographs), we’re thrilled to hear that the truck will actually happen. Jeep is freeing up space at its assembly facility in Toledo, OH, to make room for it, and that makes us giddy.

All silly happy feelings aside, when we really sat down and thought about the pickup, we realized it’s kind of the ultimate vehicle. It’s a friggin Wrangler with an useable bed on it. Admittedly, we haven’t driven the thing yet, but we think it’s safe to say, if you bought the Jeep pickup, you’d never need another vehicle. Here’s why.

It’s Based on the Wrangler for Serious Off-Road Chops 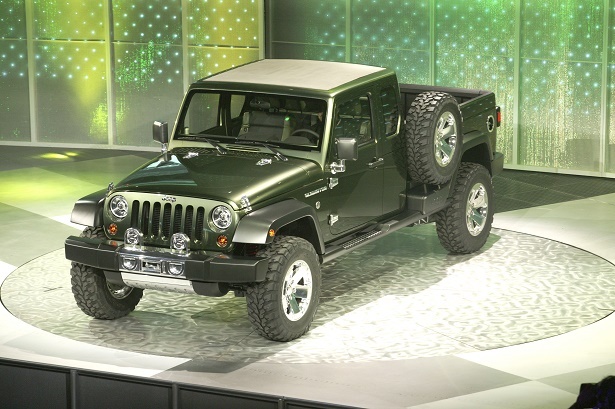 The trend in the truck kicked off by Ford’s nearly insane Raptor, is off-road ready from the factory. Look to the Ram 1500 Rebel, Toyota Tundra or Tacoma TRD Pro, Chevy Colorado Trail Boss and the upcoming GMC Canyon All-Terrain X to name just a few. Every truck maker is adding equipment to their trucks to make them off-road ready.

Jeep’s truck will be based on the Wrangler platform, which means it’s already very competent off-road and with some special equipment, there’s no doubt that it’ll be a rock crawling monster. While most people will never utilize off-road trucks to their full potential, they seem to like having the equipment needed to do so. 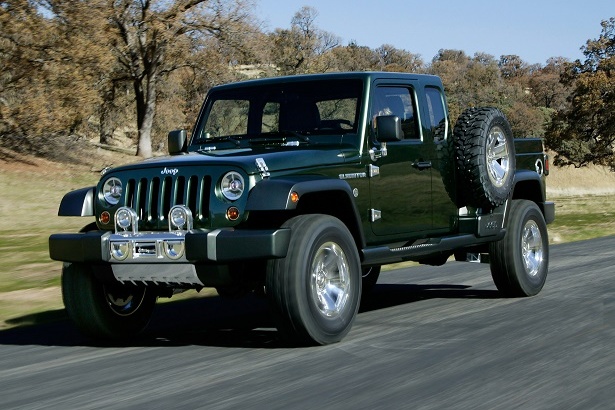 The Wrangler is a body-on-frame vehicle and the Jeep truck will be too. This is because that should mean the Jeep pickup will be able to tow more than it would if it was unibody. We love Honda’s unibody Ridgeline, but there are limitations to this body type. Jeep has smartly avoided these shortcomings by going with a body-on-frame design. While it might not be as smooth as a unibody design, the Jeep pickup should be able to tow like a badass. Also, who wants a silky smooth ride in a Jeep anyway? We don’t. Give us a rough and tumble riding Jeep any day.

It’ll have Plenty of Cabin Space 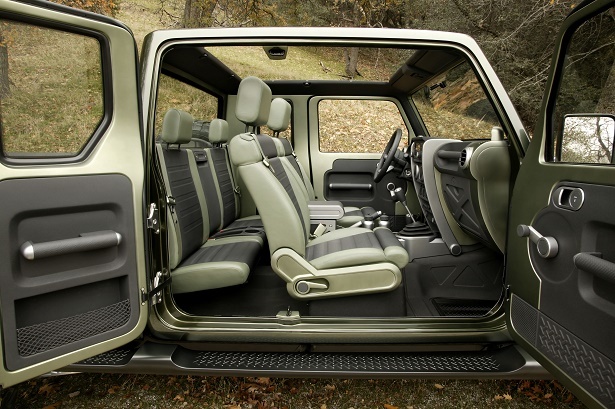 We wouldn’t be surprised if Jeep came out with a few cab styles -- single cab, extended cab (like the photo above) and crew cab -- but everything points to a four-door, style pickup being the best choice for Jeep. This means there’s enough room for passengers to sit comfortably. A crew cab makes it a good work truck, family truck and basically an every situation truck. You get as much seating as most other cars and CUVs but also get the added space the bed provides.

It’s as Badass as Any Other Truck Out There 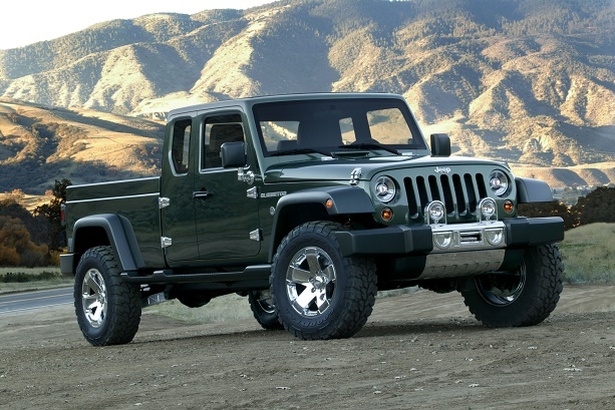 Truck owners are all about being tough. They want their trucks to actually be tough and they want to look tough driving them. The Jeep pickup will fulfill both of these needs. It should be able to tow and haul serious loads, it already looks awesome thanks to the Wrangler’s design and will probably be able to handle just about any situation a truck owner gets into. When we think badass vehicles, the Wrangler is near the top of our list because it’s so versatile. The Jeep truck should be an extension of this and will probably put many competitors to shame when it comes to toughness.