The 2019 Subaru Ascent is a Game Changer for the Brand 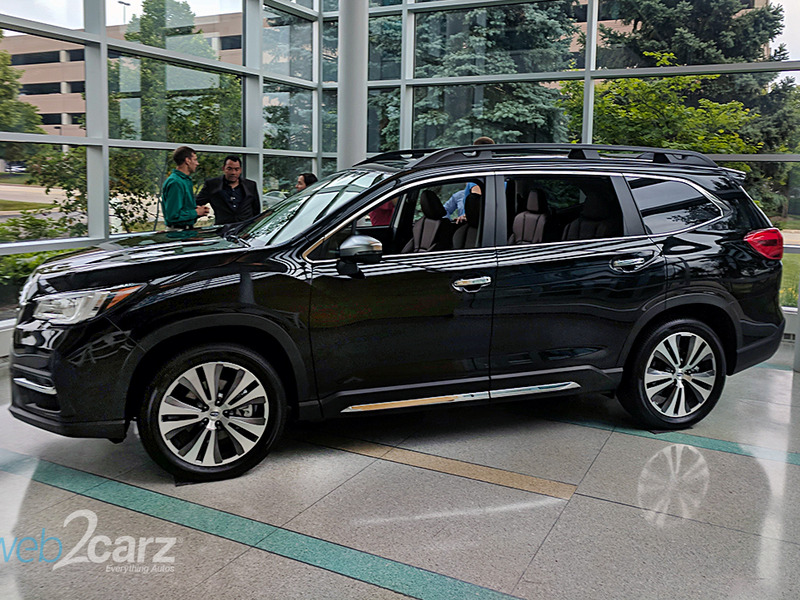 The Subaru Ascent is larger but still familiar. Roof rails and all.

The Subaru Ascent is Subaru’s all-new, 3-row SUV and the only 7-8 passenger vehicle in its current lineup. The model is so new, in fact, the very first one was just sold last week. The Ascent brings the brand to a whole new customer group that was previously not served - parents that have several kids (and lots of stuff).

With the addition of the Ascent, Subaru goes from having nothing to offer large families, to giving them nearly everything. We got the chance to take a first peek at this larger, but still unmistakably ‘Subaru’ SUV with the Midwest Automotive Media Association and the Subaru team. We got a few behind-the-scenes insights on how the new model was designed and who the brand aims to serve with this addition. 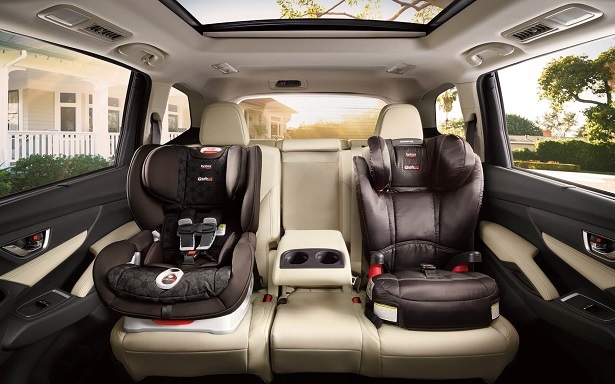 The Ascent comes with 2nd-row captain seats or bench seats to fit any family. (image: Subaru)

The main goal of the new model is for Subaru to fill their lineup gap and offer a model for families looking for a car that will fit the whole crew. Prior to the Ascent, Subaru's offerings consisted of cars for singles or small families. The lineup consisted of two sedans (Impreza and Legacy), three 2-row crossovers (Crosstrek, Outback, and Forester) and two sports cars (BRZ and WRX). The Ascent is designed specifically for large families and their gear.

The Subaru Ascent is designed in Japan and built in the USA. Although most of the design work happened in Japan, the Ascent was created for the North American market which is the only continent where it will be available. To ensure that the design will work here, the Subaru USA team sent the engineering team in Japan examples of items that American families will need to fit into the SUV on a regular basis.

It turns out everything is larger in America including coolers, strollers, car seats and luggage. Seeing these items allowed the designers to focus on details such as wider opening doors and more space throughout the cabin to make loading all our XXL things easier. 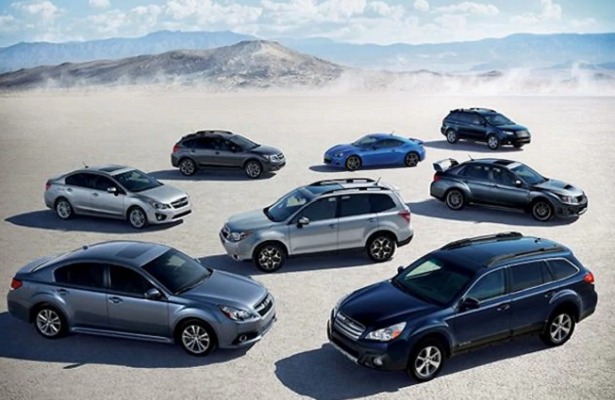 While Subaru has several options in the lineup for age groups of 20-34 as well as empty nesters, they found they were missing an important group in between. This 34-40-year-old age group also happens to have the most kids. Subaru has loyal fans with a strong affinity for the brand and the Ascent addresses the need to offer this group a vehicle after they outgrow the Outback or the Forester. 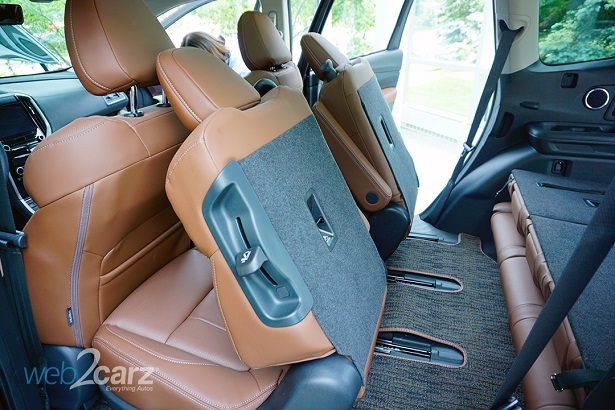 The captain's chairs in this Ascent Touring make access to the 3rd row a breeze.

The Ascent was designed to be a blend of performance, convenience, and comfort for the driver and all passengers (including those in the 3rd row). The second and third rows both have their own reading lights, vents and USB ports to make sure no one is fighting over who gets 'banished' to the 3rd row. Bench or captain seating is available for either 7 or 8 passengers with no additional charge for either option. The 153.5 cubic feet of passenger and cargo space, plus underfloor storage means this SUV will fit the whole family and all their stuff. 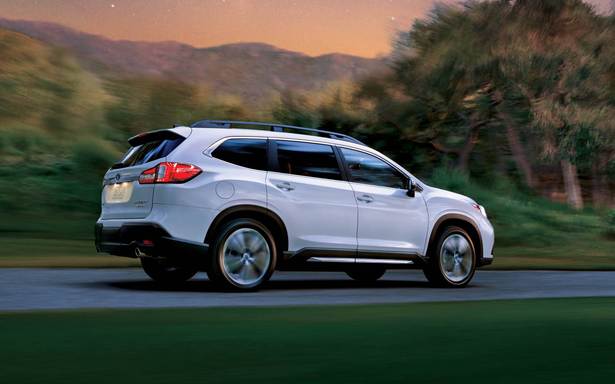 With a distinctly 'Subaru' look, the Ascent's styling recognizes that Subie fans like the brand for a reason. It was not designed to stand out from the rest of the lineup, but to seamlessly fit in. The aim with the Ascent is to get existing, and new conquest customers into this larger, practical SUV.

While it was created to fit large families, this is not your typical soccer mom car. The Ascent’s exterior is made to look bold, edgy and strong. Details like the muscular wheel arches highlight this aesthetic, while the raised roof racks keep the style familiar to the Subaru loyalists. 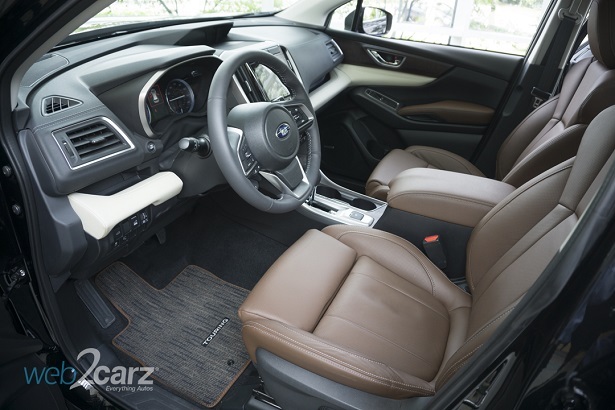 The interior of the Ascent was designed to be elegant, comfortable and practical. The passenger volume of up to 153.5 cubic feet means enough seats and space for everyone. You'll also find design elements specifically pulled from the thorough customer research Subaru performs. For example, there are physical buttons on the center stack because customers in the snow belt wear gloves while driving and it's easier to navigate the tech. Plus, there are features that make the ride enjoyable for the whole family including a panoramic moonroof, a whopping 19 cup holders, Wi-Fi connectivity and USB charging (up to 8 USB ports to prevent any device withdrawal symptoms). 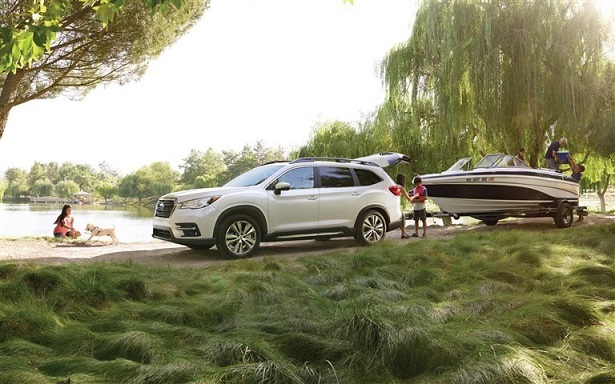 The Ascent demanded a new engine to support the increased towing and passenger load. (Image: Subaru)

The Subaru Ascent was created with the goals of longevity and safety, two features which the brand is known and appreciated for. Subaru's reputation for longevity is backed up by the fact that 97% of Subarus sold in the last decade are still hitting the roads today.

The Ascent has safety features intended to take the stress out of driving for parents who already have enough on their minds to worry about. Its standard symmetrical all-wheel drive offers increased stability and gives the driver the ability to respond quickly in all driving conditions.

Another important safety feature is Subaru's new standard EyeSight Driver Assist technology. This gives the driver another set of eyes to monitor traffic movement, alert them when they depart from their lane and even apply the pre-collision braking in emergencies.

For families that pack their cars to the brim on trips, there's a safety feature created just for that purpose. The Smart Rearview Camera allows the driver to see behind them even when the cargo space is filled to capacity. 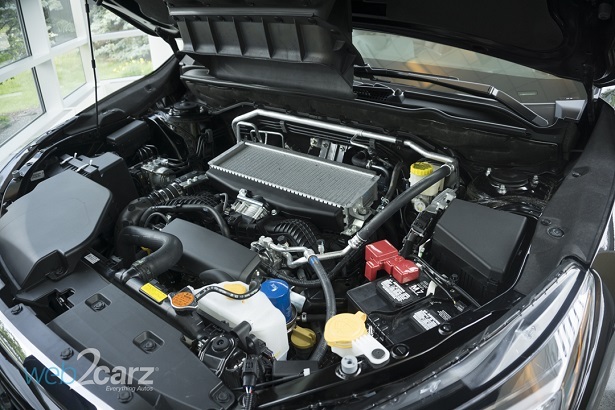 What good is safe and reliable if you can't have a little fun in your SUV too? That's why Subaru made sure the Ascent is road trip ready.

This family vehicle called for a new engine to handle the extra passenger and cargo weight as well as the 5,000 lb towing capacity (the highest of any Subaru vehicle yet). So Subaru gave it an all-new Direct-Injection Turbocharged Subaru Boxer engine and the result is 260 horsepower, 277 lb of torque for towing or lugging the crew and 27 MPG with 19.3-gallon fuel capacity. This means you can drive longer without stopping for gas. Unfortunately, it doesn't protect you against bathroom stops.

We think this SUV was long overdue and will be welcomed by families who want to stick with the brand but can no longer fit into the other crossovers. It is also likely to earn conquest customers from competition like the Toyota Highlander, Ford Explorer or Honda Pilot. With every safety, convenience and performance detail considered in the design and the needs of the family at the forefront, they likely won't regret their decision.