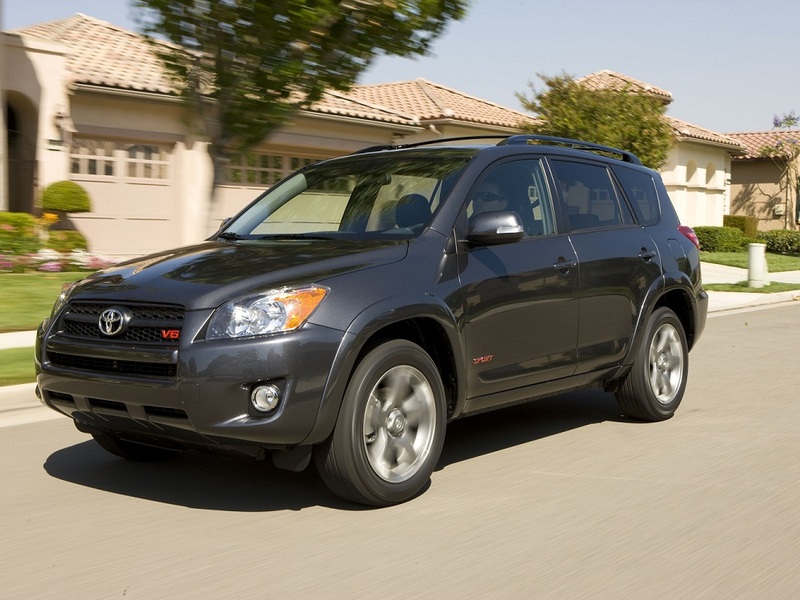 Many car shoppers think they need to buy new in order to get a reliable vehicle that meets all their needs, but with the average cost of over $37,000, being the first owner comes at a substantial premium. The good news is that finding a used SUV that checks most of your boxes doesn't have to be difficult or budget-crushing. Although each shopper's needs are unique, some universal features to look for include solid reliability, a comfortable interior, and capable performance. The following three crossover SUVs meet all these requirements and more for an average price under $15,000. 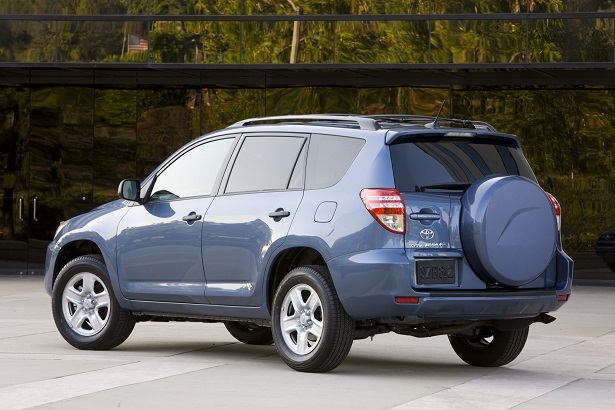 Not only do you get more bang for your buck when you buy a used 2012 Toyota RAV4, but you can also get more seats. 2012 marked the final year that the RAV4 offered 3-rows compared with only 2-row configurations available in newer RAV4s. If you're looking for a 7-seater, the Base and Limited models should be your go-to's, but don't expect the 3rd row to match the roominess of the first two.

Compared to new RAV4s the interior is devoid of many bells and whistles, but despite its utilitarian appearance, this SUV offers ample comfort, leg-room, and headroom in the first two rows. Another benefit of going with the 2012 RAV4 is that Toyota upgraded its infotainment system for the model year to offer a new Bluetooth stereo that allows streaming from wireless devices and a display audio/navigation system with Toyota's Entune service is an available feature in the highest trims.

When buying a used SUV that's more than a couple years old, looking for solid reliability scores is key. The 2012 Toyota RAV4 aces this category with a 5/5 star reliability score from J.D. Power. Under the hood of a 2012 RAV4, you'll find one of two engines including a 2.5-liter 4-cylinder for 179 horsepower and 172 lb-ft of torque or a 3.5-liter V6 for 269 horsepower and 245 lb-ft of torque.

Both engines offer plentiful power for daily driving, but the V6 will be the one to look for if quicker acceleration is needed with more passengers or cargo loaded into the SUV. Front-wheel drive is standard for the 2012 RAV4, but shoppers looking for all-weather capability should look for the AWD models. According to U.S. News and World Report, the average price for a 2012 RAV4 ranges from $9,997-$13,124. 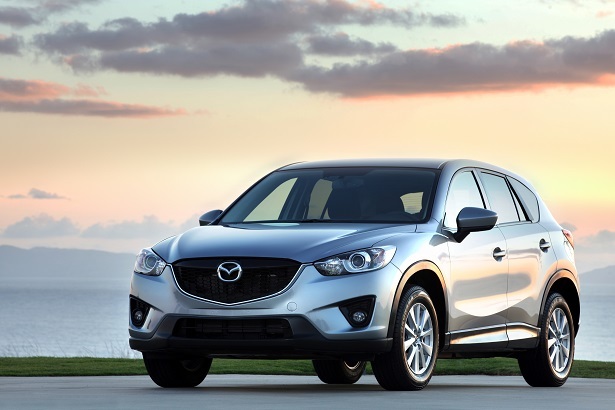 The current Mazda CX-5 is one of our favorite compact SUVs to drive, and buying a used 2014 CX-5 will get you many of the benefits at a fraction of the price. With above-average reliability scores, one of the highest safety ratings in its class, and exceptional performance, the 2014 CX-5 offers the peace of mind (and affordable price) you're looking for when buying a used vehicle.

Like the 2012 RAV4, the cabin of the 2014 Mazda CX-5 will look relatively simple and barebones compared to newer models, but it seats 5 passengers comfortably in both rows and offers high-quality materials and creature comforts like leather seats and heated front seats in higher trims. If advanced safety and entertainment tech is high on the must-have list, look for models with available features like Bluetooth, a color touch screen, a rearview camera, Bose stereo, satellite radio, blind-spot monitoring, and Mazda’s Smart City Brake Support system. 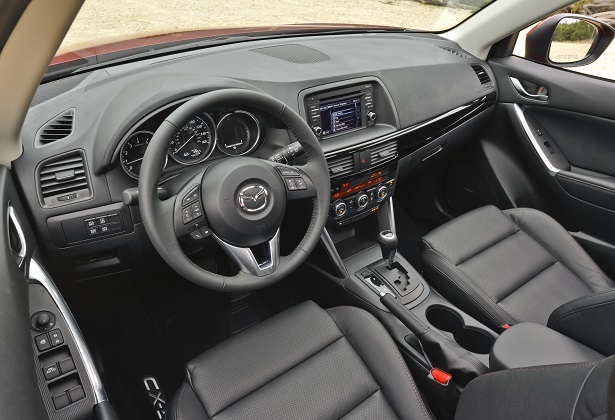 In addition to comfort and tech, buying a used CX-5 is a smart choice thanks to its excellent performance. In 2014, Mazda introduced a new engine in the form of a 2.5-liter 4-cylinder good for 184 horsepower and 185 lb-ft of torque. This engine provides a substantial improvement over the base 2.0-liter 4-cylinder which puts out 155-horsepower and 150 lb-ft.

Going with one of the top trims including the Touring or Grand Touring models lets you take advantage of the new engine along with the benefit of quicker acceleration and increased power. The CX-5 offers impressive performance today, but going back to 2014 doesn't mean you'll miss out on this crossover's excellent handling and responsive steering. The 2014 CX-5 can be had with front-wheel or AWD with an average price tag between $10,994 - $14,452 depending on trim level and condition. 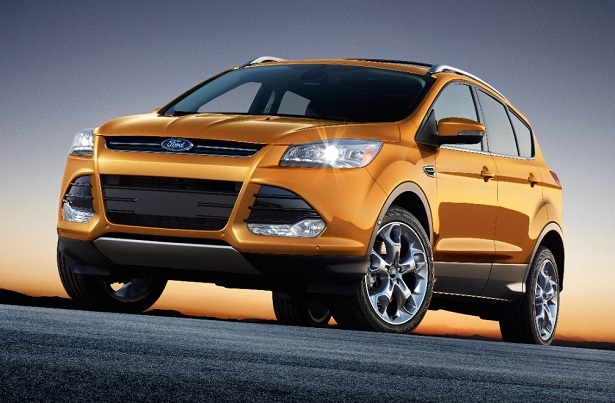 Used car buyers often think they need to compromise on style, performance, or in-vehicle technology to get a deal, but the 2015 Ford Escape proves that's not the case. When it comes to tech, even the base model comes with a long list of standard features which include a 4.2-inch infotainment screen, a CD player, a USB port, Bluetooth, remote keyless entry, cruise control, and a rearview camera. Finding a top-level Titanium trim will add even more perks including a larger 8-inch touch screen, proximity keyless entry, remote start, leather upholstery, heated front seats, dual-zone automatic climate control, rear parking sensors, and a power liftgate. 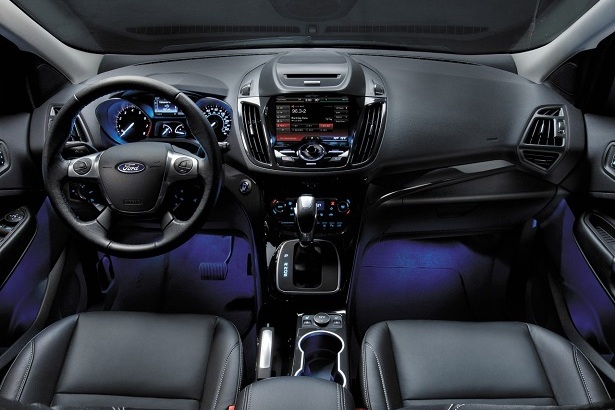 The 2015 Ford Escape offers the most upscale cabin out of our 3 contenders.

In addition to above-average reliability scores from J.D. Power, the 5-seater Ford Escape offers the most upscale cabin from our list of SUVs under $15,000. Well-cushioned, comfortable seats are found in both rows, and premium features like leather and heated seats will spoil both drivers and passengers. 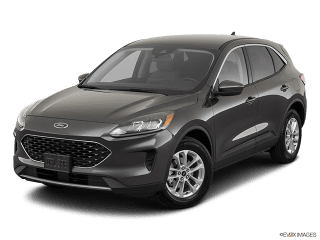