Auto Debt is Becoming a Growing Burden For Seniors 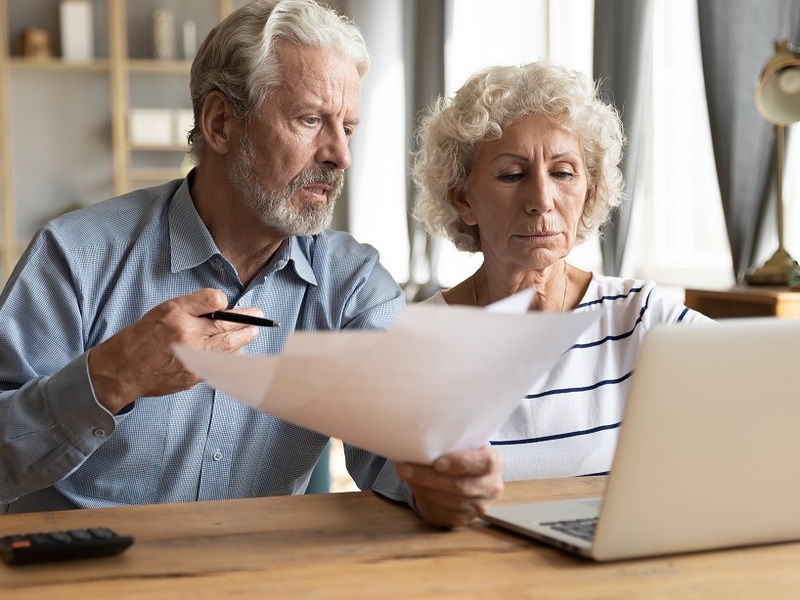 America's total auto loan debt is on the rise, hitting a record of $1.4 trillion in 2020. On average, Americans are borrowing $34,635 to buy a new vehicle and $21,438 to buy used. With the skyrocketing rise in new car prices and a grab bag of low interest loan offers, it's not a surprise that the overall level of debt is escalating. One concerning statistic, however, is that auto debt is growing at a faster rate for seniors than any other age group. Seniors who are planning to retire or are currently living on a fixed income should be aware of the implications and understand the best ways to handle a car purchase. 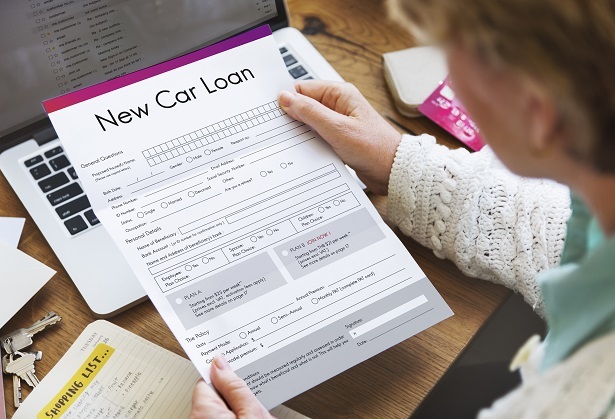 According to CNBC, total debt among the oldest Americans aged 70 and older rose 543% over the last two decades while mortgage and auto debt for Americans in their 60s rose by 471% in the same time frame. According to a study on bankruptcy among seniors, "Seniors have been disproportionately harmed by a deterioration in the country’s “modest social safety net,” forcing older Americans to take on debt to make ends meet." 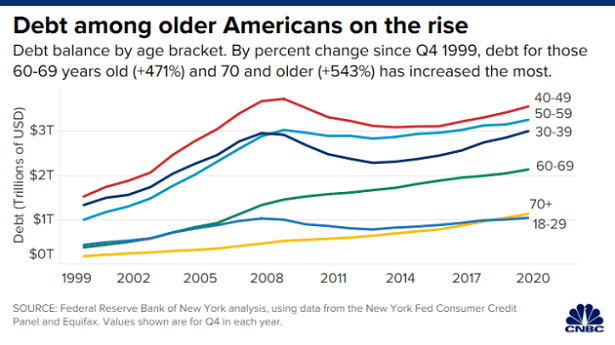 Although seniors hold less debt than younger consumers, the rate of borrowing is increasing faster than other age groups. (source: CNBC)

When it comes to auto loans, the borrowing trends among seniors are similar to the overall debt. According to Nasdaq, in the third quarter of 2000, people aged 60 to 69 took out $5.6 billion in auto loans. In 2020, this age group borrowed $22.5 billion (over 4 times the debt of 20 years ago). 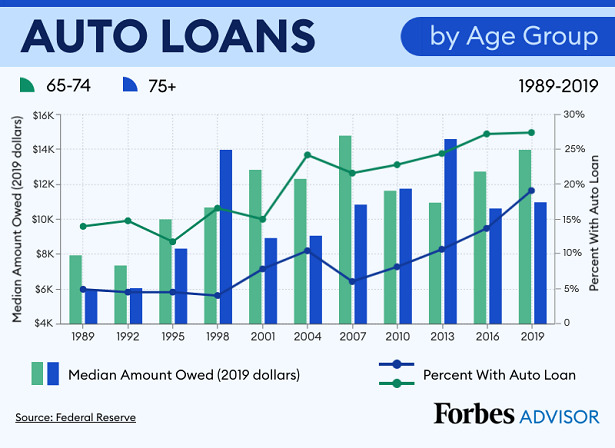 Why is the increase so staggering? The average cost of a new car is close to $40,000 which is more than most seniors have in savings, forcing them to take out auto loans at an increasing rate. Affordable interest rates and the popularity of 72-month or 84-month car loans in recent years have also contributed to more auto debt. Even though long-term auto loans provide a lower monthly payment, the total amount owed is greater due to higher interest rates. 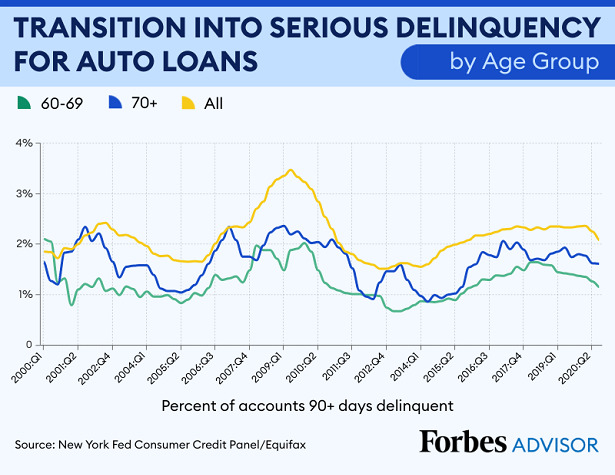 Even though the total amount of auto debt among seniors has increased dramatically over the last 20 years, there is some promising news. Seniors aren't more likely to be delinquent on their auto loans now than in years past. In fact, auto loan delinquencies are significantly lower among seniors than other age groups, and delinquencies of 90 days or more have been gradually declining since 2019. Despite the positive news on loan delinquency, auto debt can become a serious burden to seniors currently in retirement or planning to retire soon. 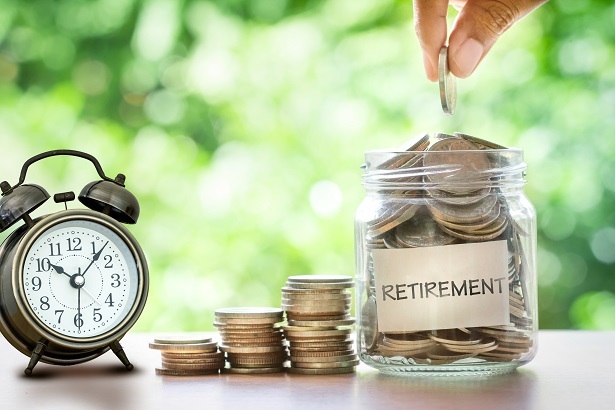 Taking on an auto loan won't necessarily pose a risk unless the amount of debt becomes overwhelming and forces car owners to adjust their retirement plans. According to Nasdaq, people who carry debt into retirement confront more stress and report a lower quality of life compared to those who are debt-free.

Based on a report published by the Employee Benefit Research Institute, more seniors risk running short of money in retirement due to their increased likelihood of holding debt. The report also found that the percentage of households headed by someone over age 75 that had debt payments in excess of 40% of their income (indicating financial struggles) increased by more than 23% from 2007 to 2016.

The growing debt among seniors is worrisome in part because of the nation's ongoing retirement crisis. According to Forbes, "50% of households are in danger of lacking sufficient funds to continue their standard of living once they stop working. After coronavirus-induced months of economic misery, that number has jumped to 55%". Saving money for retirement is much more challenging with a large amount of debt. A survey from AARP found that among those between the ages of 40 and 59, 33% said paying off a large debt was their most important goal. 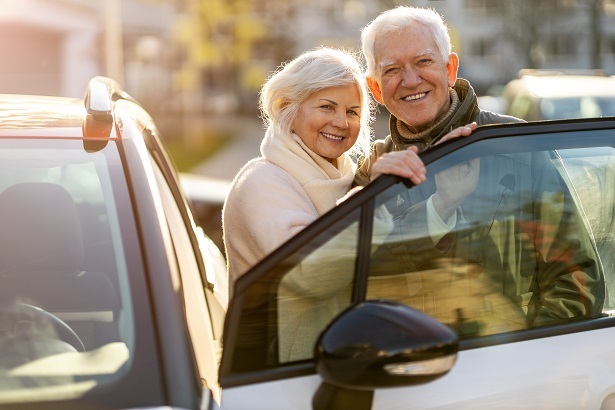 For seniors, choosing how to purchase and finance a vehicle is as important as choosing which vehicle to buy. The first choice is whether to buy or lease a car. Although leasing may not be right for everyone, it comes with the advantage of lower monthly payments and the flexibility to get a new vehicle every two to three years with the latest safety technology. Unlike a long-term car loan, a lease won't lock you into payments for up to 7 years. However, a lease will restrict the number of miles you can drive, and there may be fees for excessive wear and tear. You will also not have any equity in the car at the end of the lease.

If you decide to buy a vehicle, the next decision will be whether to pay cash or to finance. Paying cash lets you avoid debt entirely, offering more peace of mind and financial freedom during retirement. It also allows seniors who have poor credit or are on a fixed income to bypass the challenges that come with getting approved for an auto loan. On the other hand, finding a safe and reliable vehicle that's affordable enough to buy outright can be a challenge.

Financing a vehicle offers a better selection of cars and allows you to keep more money in savings. Some best practices for getting an auto loan when retired include: listing all your income sources such as 401(k)s, IRAs, and other investment assets on your car loan application, shopping for an affordable used car, having a large down payment, and choosing the shortest possible loan term.