5 Cars With the Best Touchscreens

Easy to use and packed with James Bond-like features 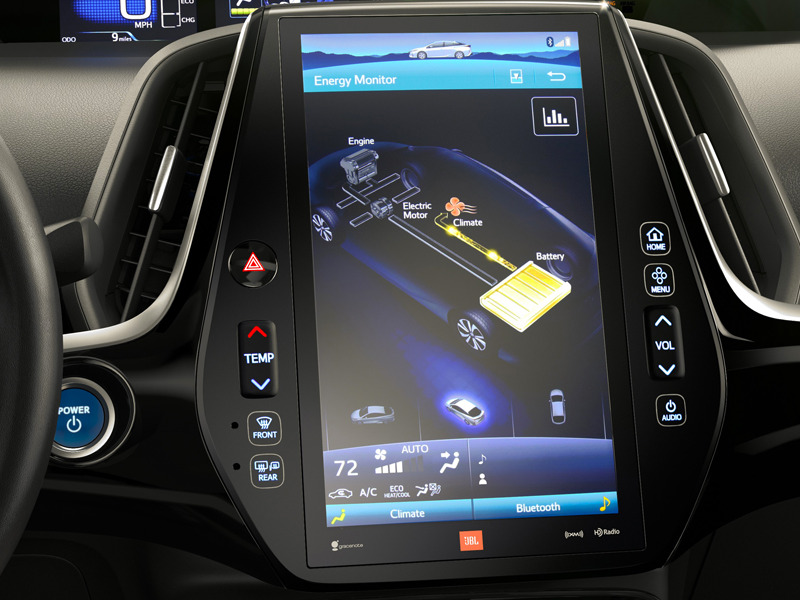 The modern touchscreen is slowly transforming to look more and more like a tablet.

The center console is one of the most important layouts in a vehicle. This prime real estate houses the touchscreen, which is the heart of our electronics and infotainment system, providing the crucial link between the driver and the numerous tech systems. Everything from adjusting suspension to interior lighting to music and phone calls can be controlled via the touchscreen. With the increasing capacity for various technological systems within a vehicle, the ease of use and clarity of a touchscreen is integral to a vehicle's success. It doesn't matter how many features are crammed inside a vehicle if its occupants struggle to tap into them. Here are five vehicles with some of the most precise and intuitive touchscreens. 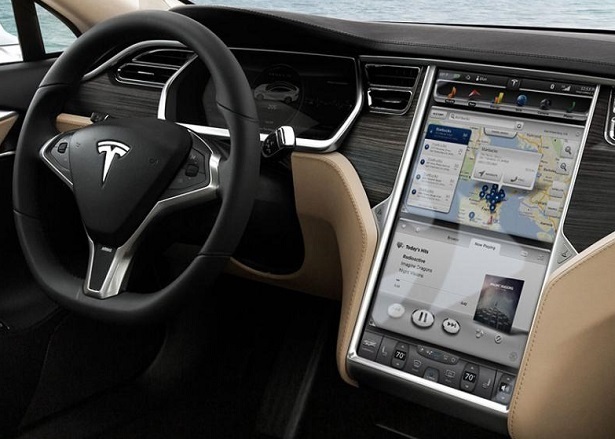 Tesla's Model X can best be described as extravagant technology. From its futuristic Falcon Wing Doors to its ludicrously fast 0-60 time of 3.2 seconds, this is not your average SUV. Inside is no different, with a 17-inch center touchscreen that looks like two ipads to house your infotainment system. The system seamlessly integrates media, navigation, communications cabin control and vehicle data into one intuitive interface. The touchscren is straightforward and easy to follow, with instantaneous response speed. The navigation system uses Google Maps, making it easy to find locations. Many functions are voice-activated to keep the driver's attention on the road. Regular over-the-air updates add safety and navigation features automatically to the system, with real time traffic information displayed on the maps. Aside from music and nav, the touchscreen interface also adjusts things like the vehicle's suspension settings, interior lighting, and opening/closing of the doors. 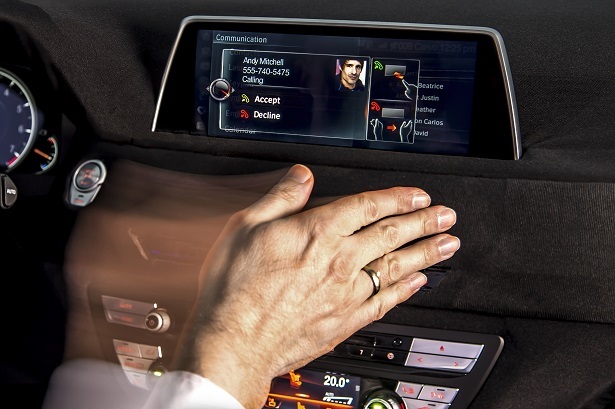 BMW 7-Series exudes luxury from every corner, and its 10.2-inch high-resolution touchscreen is no exception. Its large size makes it easy to see the crisp, clear images displayed, with reader-friendly fonts. BMW's iDrive 5.0 system can be controlled via buttons and knobs that are conveniently placed at your fingertips, with almost immediate response time from the system. Users can also simply touch the screen if they prefer with pinch-to-zoom functionality, but using the dials will also help prevent smudges and steaks from forming on the screen. Steering wheel-mounted controls also add convenience, while an exclusive Touch Command tablet located in the rear seat also connects to entertainment functions. But, the most  innovative feature is the vehicle's Gesture-Control system. You'll feel like a high-tech superhero when all it takes to reject a call is waving your hand to the right, or raising the volume by turning a pretend knob in the air clockwise. 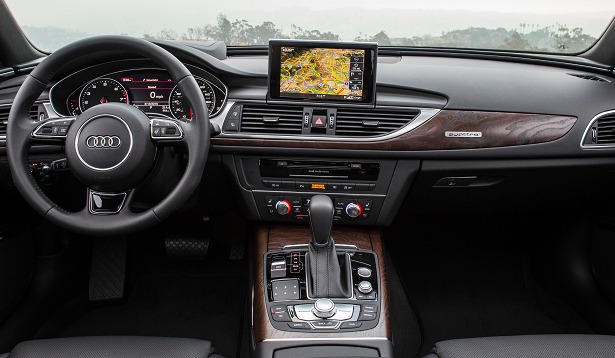 Audi's Multi Media Interface (MMI) setup keeps in line with that of most German automakers, where the screen is controlled by a central knob on the console. The 8-inch power-retractable monitor displays high-resolution images, using Google Maps satellite overlay on its navigation. The MMI system synchs effortlessly with smartphones, with Bluetooth and Siri Eyes Free to keep both hands on the wheel. Users can control the system in multiple ways, either using the control knob, giving voice commands, or inputting preferences by writing with their fingertip on the touchpad.

Find Local Discounts on the Audi A6 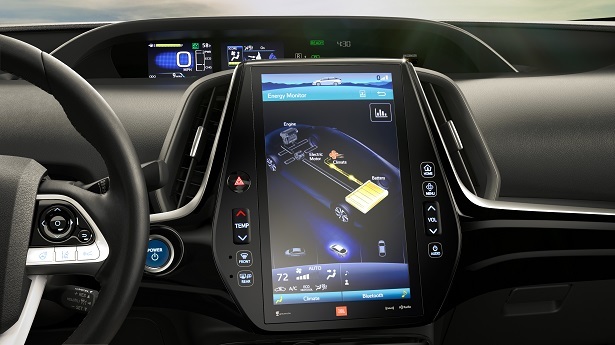 Toyota's ultra-efficient Prius Prime is the most technologically advanced Prius both with its new plug-in hybrid powetrain and its upgraded interior. The Prime features an enormous 11.6-inch touchscreen for the infotainment system that essentially looks like a tablet. The HD screen comes standard with navigation and uses Toyota's Entune multimedia system, which comes equipped with Bluetooth, Siri Eyes Free, voice recognition commands, and smartphone compatibility to stream music from your phone or favorite apps. Unique to the Prime's system is an exclusive suite of Apps that allow users to remotely manger their vehicle's charging status, in addition to manipulating things like climate, all from the convenience of your smartphone. 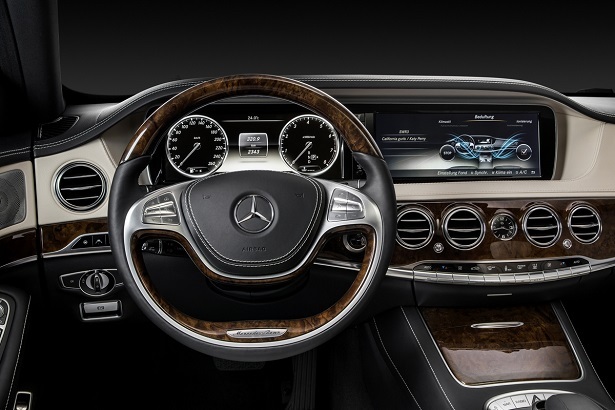 It seems that luxury automakers are stepping up their infotainment screens by either doubling their size, or doubling up on the number of them in the vehicle. The S-Class boasts dual 12.3-inch high-resolution screens with lifelike animations for navigation, vehicles settings, and entertainment. Mercedes-Benz's COMAND system comes loaded with functions, but it is intuitive to use, with a console-mounted touchpad controller that lets you write out addresses and phone numbers with your finger. The COMAND system pairs seamlessly with smartphones for hands-free driving and audio-streaming. Mercedes mbace system provides an array of apps in the car with a smartphone app that allows you to monitor your vehicle's diagnostics remotely.