Will the iconic muscle car lose its gas engine for good? 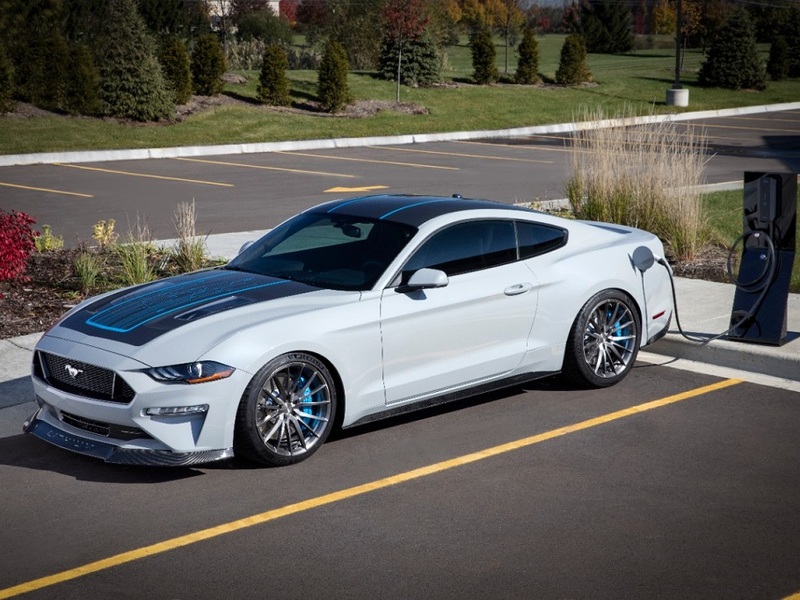 Would you ditch the V8 to drive an electric Mustang? (images: Ford)

Is Ford turning the traditional muscle car formula on its head (er, roof)? A new report from AutoForecast Solutions, gives us reason to think so. According to the source, the next generation of the Ford Mustang won't arrive until 2028, and it will look a lot different when it does. In place of the Mustang's current gas-powered engine options including several V8s, rumors are swirling that the pony car may only be available with an all-electric powertrain setup before the end of the decade. 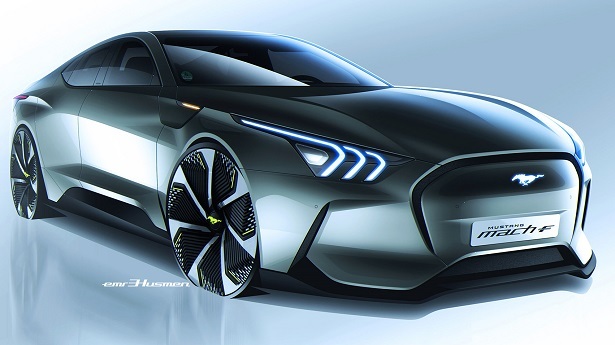 This artist's rendering of the all-electric Mach-F gives us hope for the future. (image: Emre Husmen)

As absurd as it may sound to Mustang purists, it isn't out of the question that the muscle car's internal combustion engine (ICE) could be a goner by the end of the decade. Not only has Ford found success with the all-electric Mustang Mach-e crossover, but it has also developed EV prototypes for the standard Mustang muscle car including the Mustang Lithium and the Mustang Cobra Jet 1400. 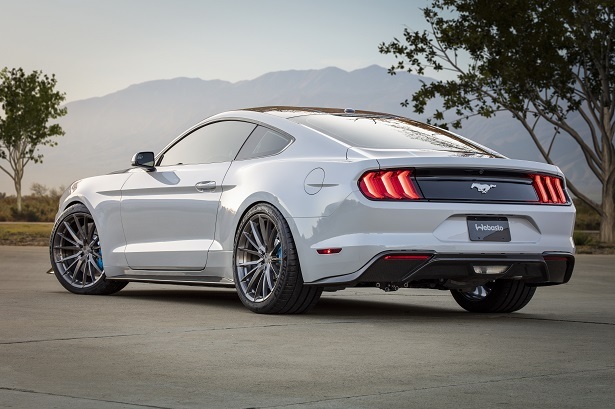 The Mustang Lithium is the first proof of concept that an electrified Mustang can meet (or exceed) the level of performance enthusiasts have come to expect. Ford partnered with German-based car charging company, Webasto, to build an ultra-high-performance battery-electric Mustang fastback prototype. The prototype was revealed in 2019 sporting a dual-core electric motor and dual power inverters powered by an 800-volt Webasto battery system with EVDrive Technology. 800 volts is twice the voltage of most electric cars on the road today.

The electric muscle car is a testbed for the future of Ford technology and performance with head-turning specs like 1,000 ft.-lbs. of torque and more than 900 horsepower. Although it's unclear how much of the Mustang Lithium prototype we'll see in the next-generation Mustang, it's undoubtedly demonstrating Ford's commitment to electrification:

“Ford has made no secret of the fact that we are electrifying our most popular nameplates,” said Hau Thai-Tang, Ford’s Chief Product Development and Purchasing Officer. “This one-off Mustang prototype is a great opportunity for us, together with Webasto, to showcase to our customers what new electrified powertrains can do for performance in a car they already know and love.”

For those of you still skeptical about an electric Mustang, Ford Performance built the Mustang Cobra Jet 1400 Prototype. The electric car is designed for drag racing with a quarter-mile of 8.27 seconds at 168 miles per hour and reaching a 1,502 peak wheel horsepower in private development testing. To get comparable power from the current Mustang, it would take more than three 2021 Mustang GT V8 engines.

Ford partnered with EV motor company, Cascadia Motion, to give the Cobra Jet 1400 four motors total spinning up to 10,000 revolutions per minute. These motor-inverter packages run at 800 volts and up to 700 amps, with maximum output of 350kW per motor.

“The opportunities to learn with the Mustang Cobra Jet 1400, as well as the Mustang Mach-E 1400 we recently introduced, gives us great insight into what may be possible in high-performance all-electric vehicles for Ford going forward..." said Mark Rushbrook, global director, Ford Performance Motorsports.

Is This the End of the Internal Combustion Engine? 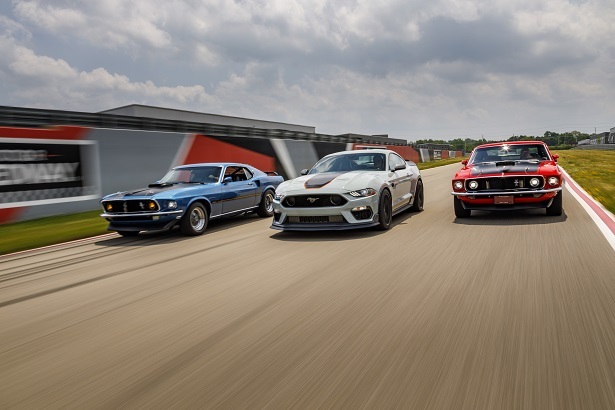 Currently, the Ford Mustang offers no shortage of potent gas-powered engine options for the muscle car purists. These include everything from a 310-horsepower turbocharged 2.3-liter four-cylinder base engine to a supercharged 5.2-liter V8 with 760 horsepower in the 2020 Mustang Shelby GT500.

According to Motor1, there are many signs that the Mustang's ICE engine will eventually be phased out, though it won't happen overnight. "It is believed the next Mustang will drop the combustion engines altogether to embrace electric power. Production is set to take place at Ford’s Flat Rock Assembly in Michigan where the current model is being assembled." One reason to believe that the all-electric vehicle is still years away is this plant has not yet built an electric vehicle and will need to be retooled for this undertaking.

Torque News projects that Ford is actively planning to phase out the internal combustion engine given that states have already passed regulations banning ICE by as early as 2030. That timeframe is likely more wishful thinking than reality, but it nonetheless motivates the automaker to begin the process of electrifying their most iconic vehicle.