Trust us, the user experience is really that good 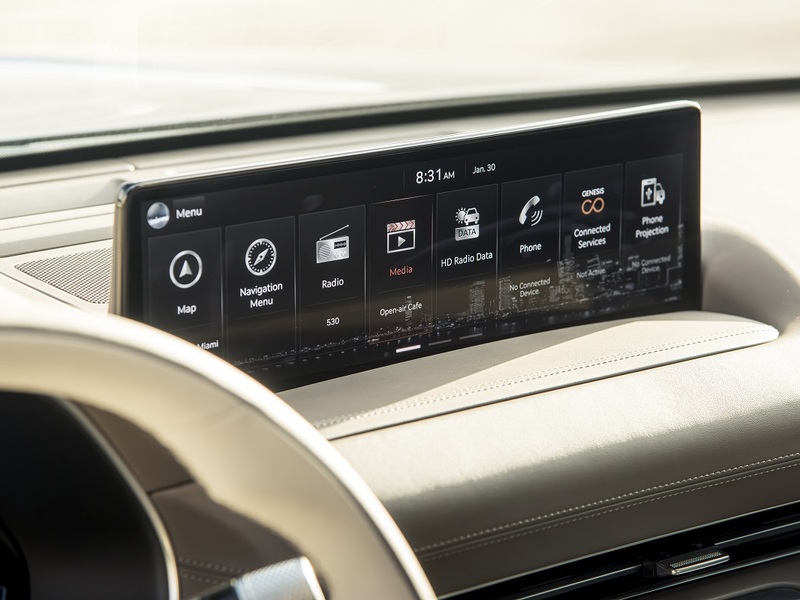 Beautiful to look at, easy to understand and operate. Voila!

Modern infotainment systems are hit or miss. The good news is that brands are making them better and better. Remember the Cadillac CUE system? Probably best to forget that one because it sucked beyond belief. On the opposite end of the spectrum is the current Genesis infotainment system that just won J.D. Power's Tech Experience. We've tested the system on the new GV70 crossover and the redesigned G70 sedan, and we concur with J.D. Power's findings. 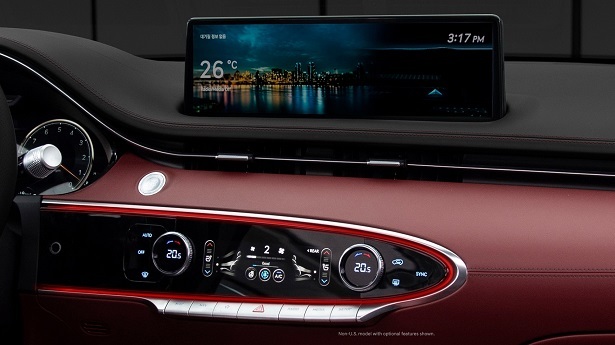 Lest you think this is all subjective, J.D. Power actually obtained responses from 110,827 owners of current model-year vehicles that they surveyed after 90 days of ownership from February through July of 2021. It surveys ease of use, as well as any problems that occurred during usage. The study also surveys owner viewpoints on 36 technologies in the areas of convenience, emerging automation, energy and sustainability, and perhaps most important to the driver, infotainment and connectivity.

For the purposes of this article, we'll cover just the infotainment for some of the premium brands, including Genesis, BMW, and Audi. For a while, BMW and Audi have been at the top of their respective infotainment games with ever-improved versions of software and hardware. Genesis' system has evolved into something truly wonderful. Whereas previous systems were pretty much Hyundai carryovers, the new system found in Genesis vehicles is all-new for the brand. 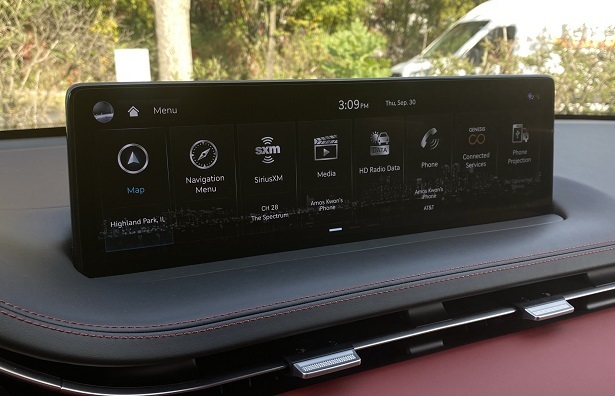 Genesis follows in the footsteps of parent company Hyundai by making menus and buttons linear in their layout. Visually, it's the simplest and easiest way to navigate menus and make selections while driving since your eyes tend to move in a horizontal line. It also eschews the notion that more colors are better, and the icons used are easily recognizable without having to read the text below. In our seat time in both the GV70 performance crossover and the G70 sports sedan, we found the controls and the menus very easy to view and use while driving.

Likewise, the controller used for infotainment is wonderful to the touch and easy to actuate. Depending on the model, the design varies. Our least favorite is the one in the GV80 SUV because it's too large and flat to use well, but the smaller and slightly taller version in the GV70 is just about perfect. It has edges that provide the ideal level of grip. There's no vagueness to the action, and making selections takes a simple push of the wheel. The Genesis G70 sports sedan doesn't have the controller on the center console, but the touchscreen itself works very well, too. Genesis has clearly taken the time to make a great in-car tech experience, and there's good reason for the win. 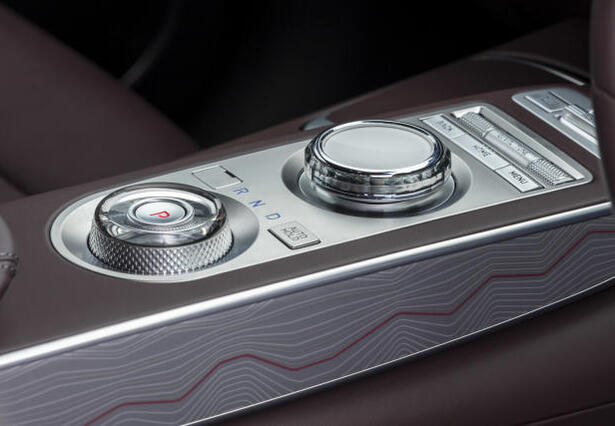 The knurled wheels for audio that are just in front of the control wheel are great, but they could be a bit closer to the actual control wheels. Aside from their location, the material quality is superb with real metal that looks and feels truly premium. This is a notch above versions from BMW, Lexus, Audi, and Mercedes Benz that use plastic. Chalk up another win for Genesis.

One aspect of the Genesis infotainment system that continues to baffle us is the advancing of song tracks when our iPhone is connected. We're not sure why this problem is consistent across all Hyundai and Genesis vehicles, but we can't seem to advance songs from the controller or steering wheel buttons. It often just returns to the first song, which is truly frustrating. We end up having to push the advance function several times on the controller or steering wheel button just to forward one track, or we just default to using the screen and/or Apple CarPlay.

We're befuddled. Another issue, at least in the GV70 is that the control wheel for infotainment and the gearshift selector are shaped too similarly and are located too close together. We ran into situations when we wanted to change gears, and we grabbed the infotainment wheel instead. These are minor issues that can be frustrating, but they only detract from the experience a little bit. 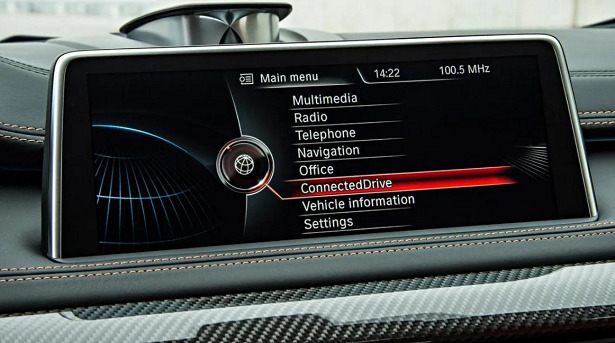 BMW's iDrive has come a long way since its inception. It's easier to use, better to look at, and it easily has one of the best controllers in the business. The menu and on-screen navigation of selections are good but can't hold a candle to Genesis. It opts for a more stylized approach to infotainment, but we think it actually looks a little worse than the excellent Genesis system. It's a tad more difficult to actually scan through the selections that are situated in a vertical column, versus in a row like Genesis. 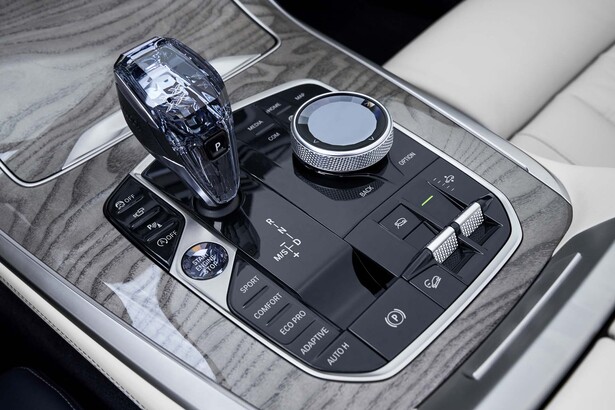 We also ran into some issues when it came to advancing the tracks from our iPhone. The situation was a bit different from Genesis, in that it was difficult to actually find where to advance music since it was not intuitive. There aren't any steering wheel controls that make it easy to advance the music from that location, and scanning through the iDrive menu to figure it out can be very frustrating.

We also really hate the iDrive's gesture controls that seem totally pointless and make you look like you're doing something weird in the car while you're driving. We found that we had trouble executing some of the operations using gesture controls, and that fact alone made it very distracting from concentrating on driving. BMW's control wheel also doesn't feel as good as the Genesis control wheel because the metal and plastic feel cheaper, and it's raised a bit too high off the center console. 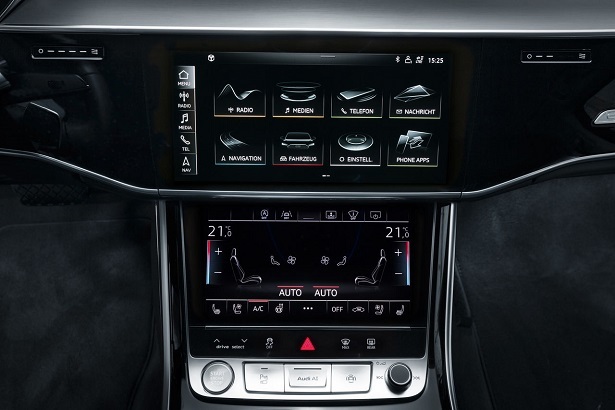 Audi used to have one of the best infotainment systems in the industry, but we think it's lagged behind BMW and Mercedes of late. It's starting to look a bit dated with its large, almost monochromatic graphics. Plus the icons they chose to symbolize the functions are baffling and not easily decipherable while driving. They've opted for a more artistic look (but we don't think they look all that great), and the result is that they're almost pointless. Granted, the text in the image above shows German instead of English, the look is the same on American Audis. 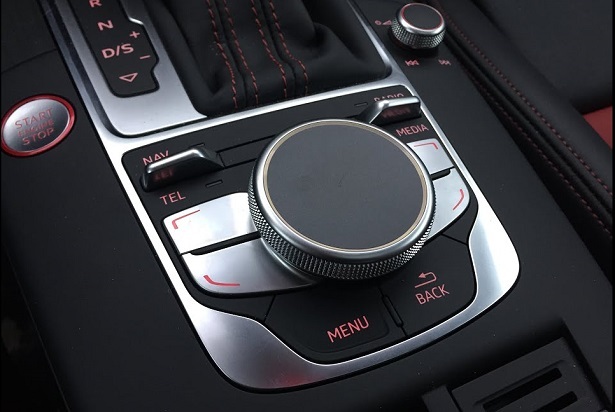 Audi's control wheel is definitely better than BMWs, but the four customizable buttons that flank the controller are a bit ridiculous, and they force the driver to have to memorize the functions assigned. Although we're sure they will default to muscle memory over time, you can't see any text on them, which makes the experience a bit annoying. The actual wheel feels good and works well, at least. The levers that have dual functions (NAV/TEL and RADIO/MEDIA) are not our favorite. It's never a good thing to give one switch multiple functions. 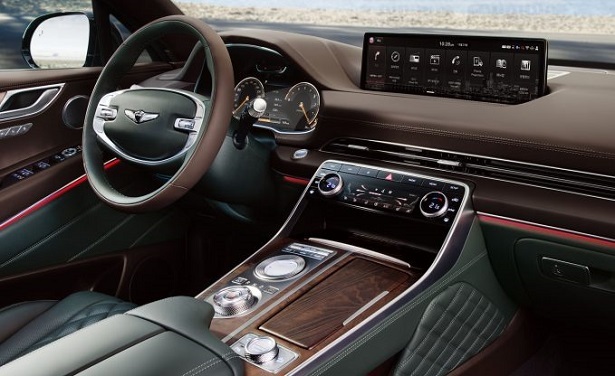 Although we didn't mention the other aspects of the in-car experience such as Apps, touchscreen climate controls, voice controls, digital instrumentation, etc., suffice it to say that the J.D. Power award for Genesis is rightly won. They've managed to take some of the frustration out of the equation and haven't sacrificed functionality for looks, unlike some of their competitors.

While BMW and Audi take a backseat to Genesis, they're by no means inferior systems. They're definitely better than more recently updated systems by Mercedes and Jaguar and far better than the still annoying Lexus system. Alfa Romeo and Maserati aren't even in the running, and neither is Infiniti. Genesis will likely continue to improve, and they're on meteoric trajectory for all of their vehicles in terms of tech, styling, and luxury. Watch out.