The History of the Chevrolet Suburban from 1935 to Today 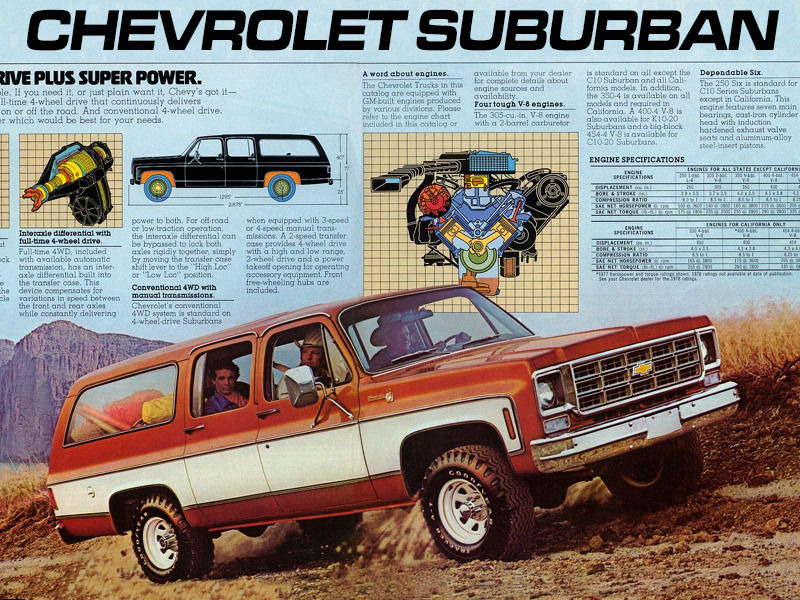 The full-size, extended-length Chevrolet Suburban is an American icon and the industry's longest-running model. Over 80 years of history and 12 generations of the original SUV have seen its service in the commercial, professional, military, and personal sectors. Its nameplate hails back to 1935, when the original Suburban could seat eight and provided a cargo area 75 inches long and 77 inches high. Born out of the need for a heavier-duty truck-based wagon rather than a car-based one, the Suburban paved the way for what is now the modern day SUV. 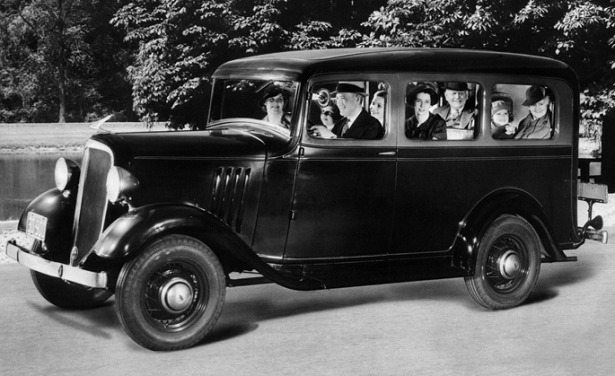 When it was first introduced in 1935, the Suburban was called the Carryall and sat on a half-ton chassis. It was powered by Chevy's "Stovebolt" inline-six that produced 60 hp. (Source) 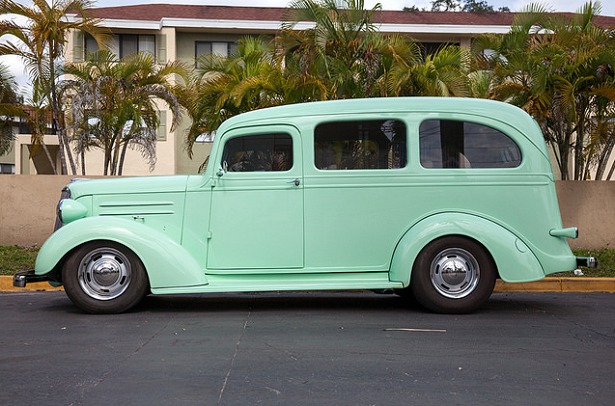 The second generation saw changes to the exterior styling, with a more streamlined look carrying Art Deco cues. The engine also saw a small jump in power, up to 79 ponies. (Source) 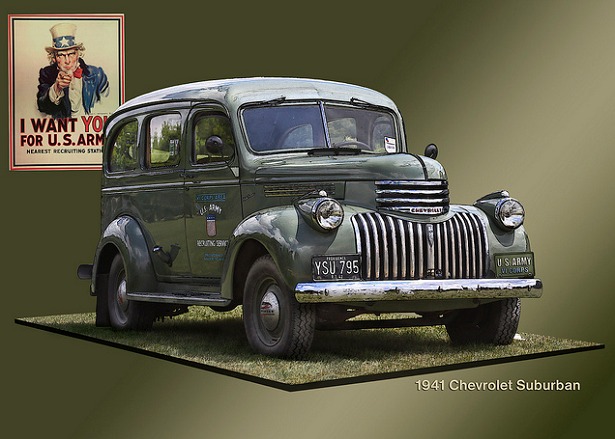 During WWII, production of most civilian cars and trucks came to a halt, but many Chevy trucks — including the Suburban's body style — were pressed into military vehicles. (Source) 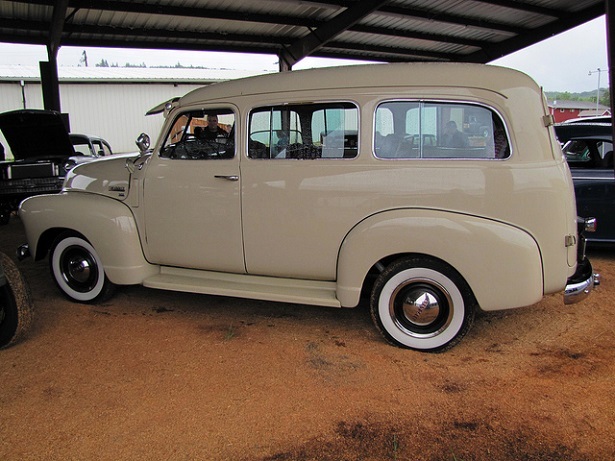 After the war, the Suburban saw another significant redesign that helped it gain a foothold among professional buyers looking for a new workhorse. The engine was now able to produce 174 lb-ft of torque, greatly improving its towing capability. (Source) 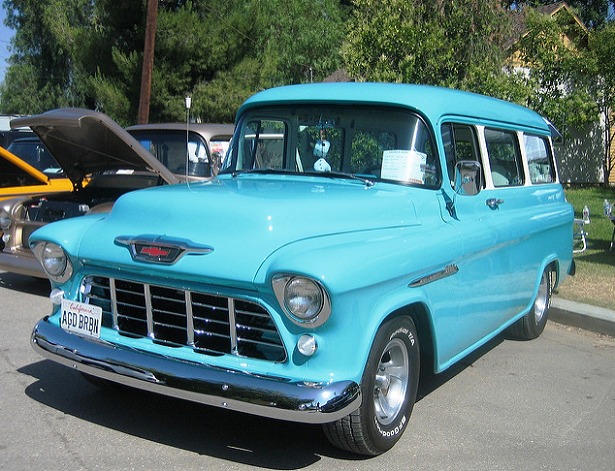 The next generation Suburban saw radical new styling with a wraparound windshield and the elimination of running boards. For the first time the fenders are no longer protruding from the sides, but rather flush with the body. (Source) 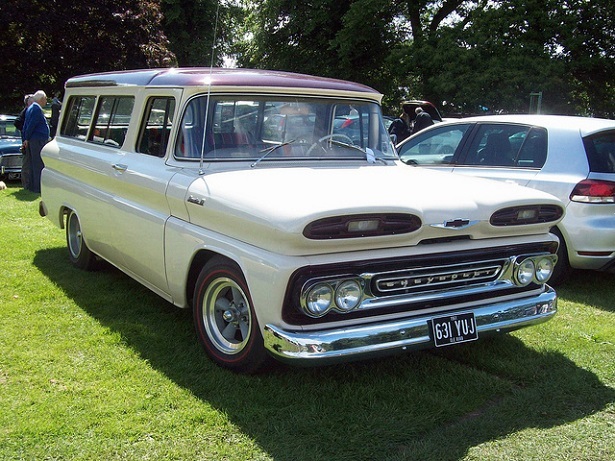 The sixth generation Suburban welcomes 60s styling and more choices. Chevrolet offers both a two-wheel and four-wheel drive model, denoted with either a C or K, respectively. Engine options range from a 230-cubic-inch inline six to a 283- and 327-inch version of the Small Block V8. (Source) 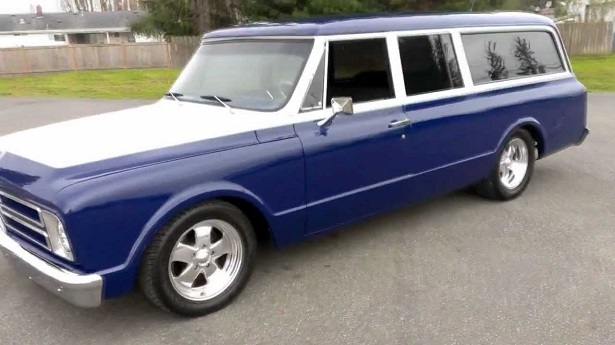 All of Chevy's half-ton trucks get a redesign, including the Suburban, which gets a unique three-door layout, with a single door on the driver's side and front and rear doors on the passenger side. (Source) 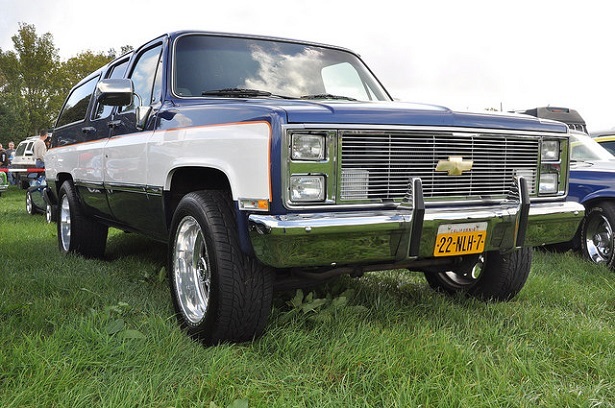 For the first time, the Suburban gets offered in a traditional four-door body style. Interior styling is also improved for comfort and amenities, making the Suburban a more viable option for use as a personal vehicle. (Source)

An all-new Suburban sports some good looks, moving away from the truck era and resembling more of the modern day SUV. A new suspension system is also designed to provide a car-like ride. (Source) 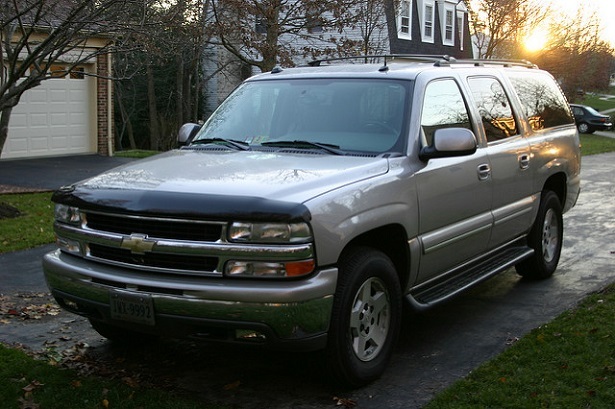 Sleek and powerful sum up the 10th generation Suburban. New styling on the interior and exterior make this a more popular choice for family utility vehicles. Powertrains include a 5.3-liter and 6.0-liter V8 from the same Gen III Small Block family introduced in the Corvette a few years earlier. (Source) 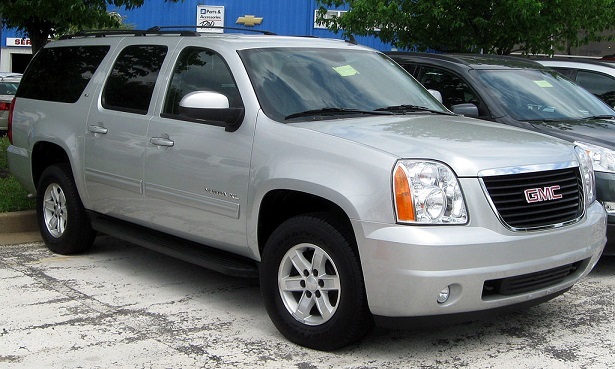 Gone are the chrome front and rear bumpers on the 11th generation Suburban. It offered a more efficient, comfortable ride than its predecessor. In 2010, the Suburban's 75th anniversary was celebrated with a limited-production Diamond Edition. (Source) 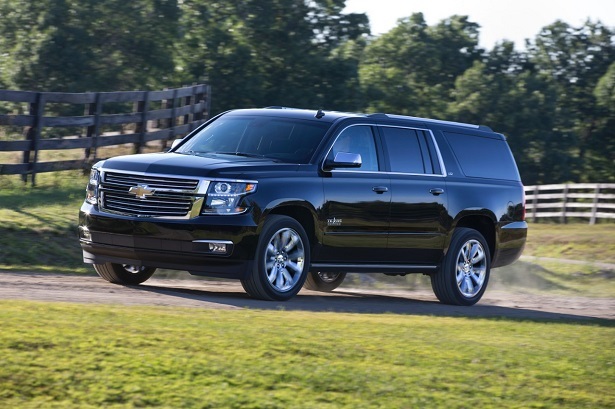 The current generation Suburban benefits from a more aerodynamic design, increasing the efficiency with additional help from a direct-injected EcoTec3 5.3-liter engine. While  the Suburban's body looks much the same as the previous generation, the front has a more modern look to it, with new headlights that wrap around into the fenders and a horizontally split grille. (Source)