The Italian "Panther" was an American powered mid-engine wonder 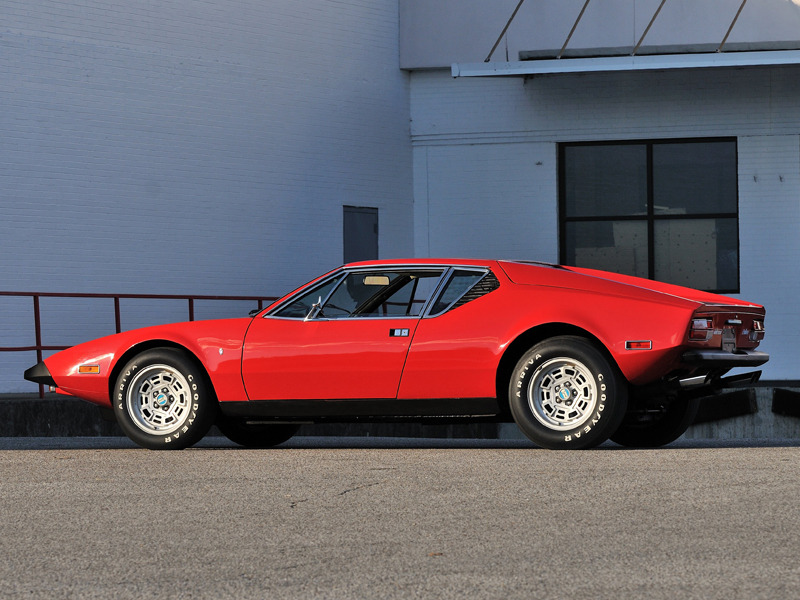 It's not a car you see every day, but you'll remember it when you do.

Plagued by a reputation as an unreliable Italian car, the De Tomaso Pantera was the 1970s more- affordable supercar. Still, despite its reliability issues, it was an automotive wonder for its time. With a Ford Cleveland V8, ZF transaxle and some seriously exotic Italian styling and a lower price tag than its performance comparative Italian cousins from Ferrari or Lamborghini, but more expensive than a Chevrolet Corvette, the Pantera was certainly a unique car.

Today it enjoys a loyal following and prices for unmolested versions are currently on the rise (probably because they're so rare as most Panteras have been modified), suggesting that people have finally come around to the exotic-looking car with an American V8 that rolled off Lincoln-Mercury dealers in the 1970s. Ford stopped importing De in 1975, bringing only about 5,500 to the states. This ended the Pantera’s run in America, but the car lived on overseas and became more and more radically styled until its end in 1992.

The American V8 in an Italian Car 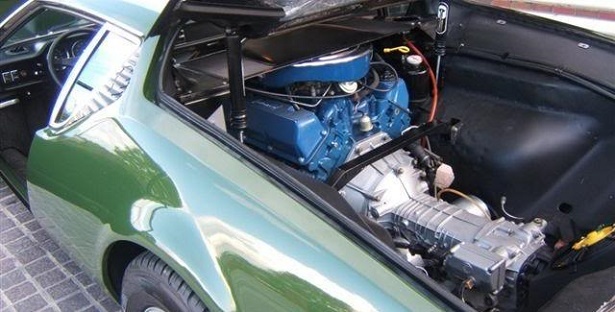 The engine and transaxle are mounted right behind the seats. (Source)

The Pantera’s 351 Cleveland V-8 engine was the same power plant used in the Ford Mustang and Torino but boasted a 10 hp rating higher (310 hp), which has been called underrated by many. The 5-speed ZF transaxle routed power to the rear wheels and pushed the 3100-plus pound machine down the road at a pace that was sure to excite anyone driving or riding in it. The Pantera could shoot from 0-60 in just 5.5 seconds and had a quarter-mile time of 14 seconds at 99.4 mph. 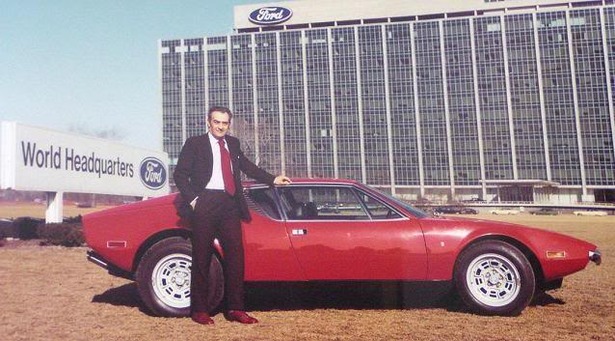 Alejandro DeTomaso stands with the Pantera outside the Ford Headquarters. (Source)

That level of performance was almost as quick as the Ferrari 365 GT/4 Daytona and Lamborghini Miura S, and the Pantera was a much more affordable car, putting supercar speed in the hands of those who could not previously afford it.

The Pantera Made Its Own Market 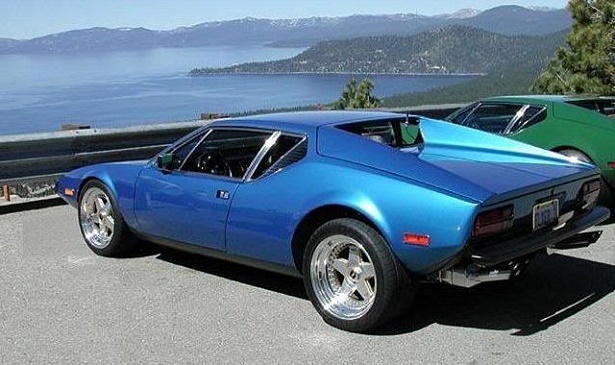 A pair of De Tomaso Panteras out over Lake Tahoe. (Source)

While De Tomaso continued to produce the car for the rest of the world until the early '90s, it took on a new form after Ford stepped aside, gaining body kits, fender flares and a big wing. While these cars are interesting in their own right, the true Panteras from the ‘70s are the most interesting. We’d love it if Ford would consider bringing back a mid-engine design at a more affordable price. While the new Ford GT is amazing, it is a bit out of reach for most folks.

Before the De Tomaso Pantera, there wasn’t a sports car that boasted the performance numbers of the affordable Italian exotic for nearly the same price. While this is what set the car apart, it’s also what made it a poor seller. Ford didn’t really know where to put the car. It was too expensive for the average Ford buyer but typically too exotic for the Lincoln-Mercury crowd. It’s only now, after 45 years, that the car is receiving the recognition it deserves.