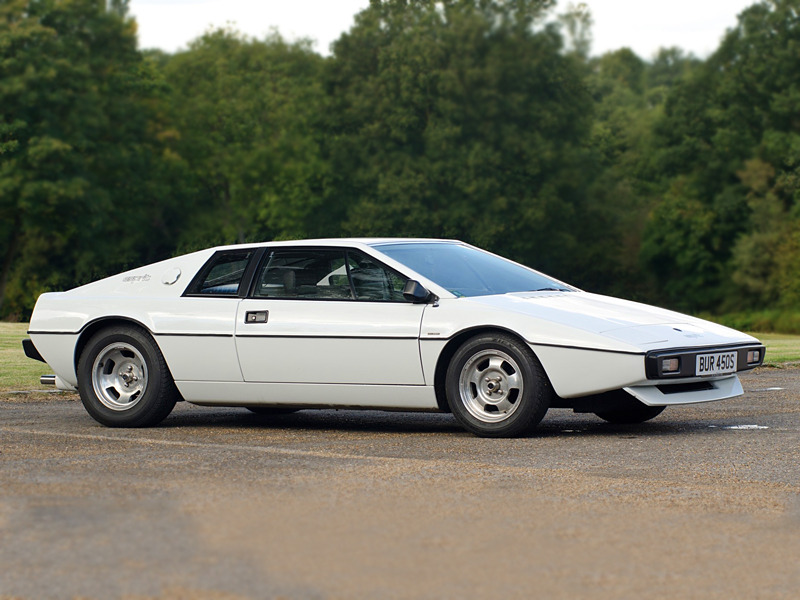 In the early 1970s, Lotus recognized the opportunity for a car that would replace the outdated Europa. The company knew that the car would be a mid-engined sports car that would need to blow the public away. Lotus created the first few prototypes in 1974 for what would become the production Esprit. It was a long low wedge-shaped vehicle that was both beautiful and revolutionary for its time. At the 1975 Paris Motor Show, Lotus unveiled the fully developed Esprit, which was awarded Star of the Show, and got people excited for the car that would roll off the assembly line in 1976.

A Lightweight Wedge with Plenty of Power 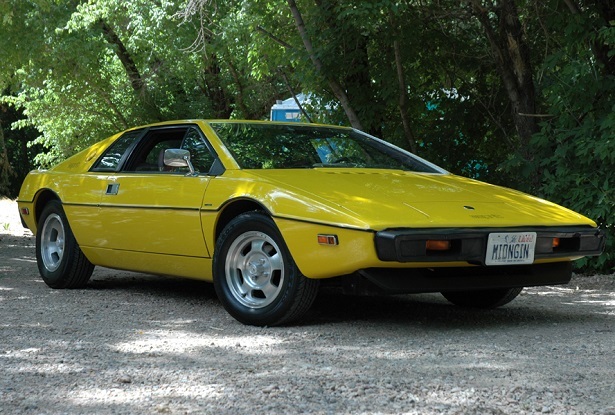 The 2.0-liter four-cylinder engine in the Esprit Series 1 doesn’t seem all that powerful at just 160 hp, but because the car weighed so little (about 2,200 lbs) it was a rocket. Lotus claimed the Esprit could reach 60 mph in 6.8 seconds, though some say it’s not quite that fast. Top speed was somewhere between 130 and 140 mph.

The distinct wedge shape of the Lotus Esprit was not only interesting and beautiful to look at but also worked to help make the car more aerodynamic, which helped the car get the most out of the 2.0-liter engine and achieve Supercar status.

A Memorable Movie Appearance and Legacy 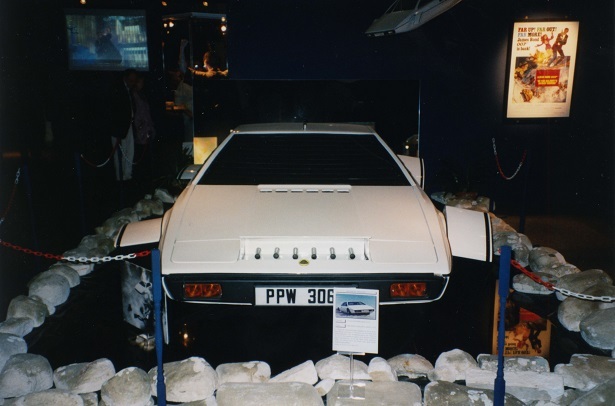 The Esprit gained a lot of publicity by being featured in the James Bond movie The Spy Who Loved Me. If people hadn’t heard of the wedge-shaped supercar before the movie came out in 1977, they certainly had after the movie hit theaters due to the exciting chase scene that ends in the car turning into a submarine to escape.

While the Bond movie may have brought the Esprit to the forefront of people’s minds, that certainly wasn’t the end of the car. The Esprit went on through many different Series and continued to be a success for Lotus until the end of production in 2004. Over the course of its long life, the car managed to gain a loyal following and race in or win several important races, including Formula 1, USA SCCA Race Series and Le Mans.