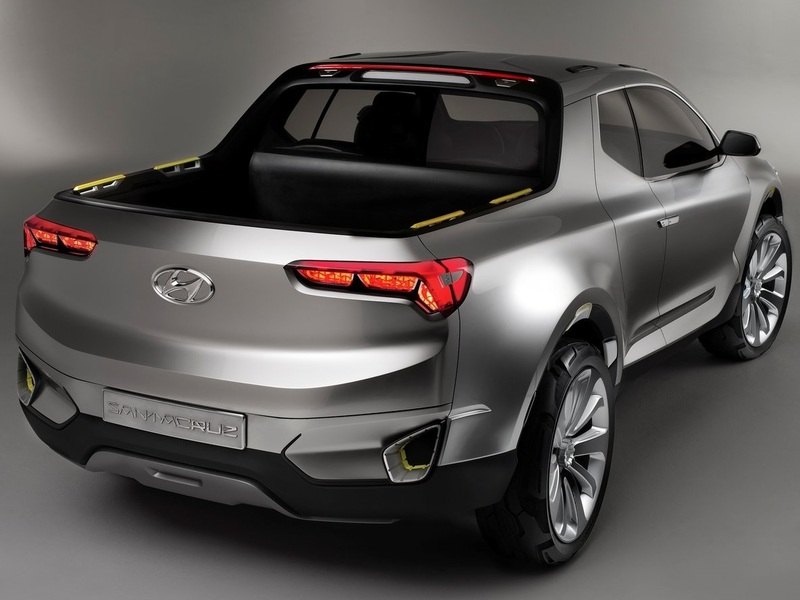 This is the small pickup that needs to step up.

When Hyundai first announced it would actually build the Santa Cruz pickup, we had mixed feelings. On one hand, we were thrilled. There would be another fine pickup roaming American roadways. On the other hand, we were less than happy with the idea that the vehicle would be unibody and likely not a very tough truck. 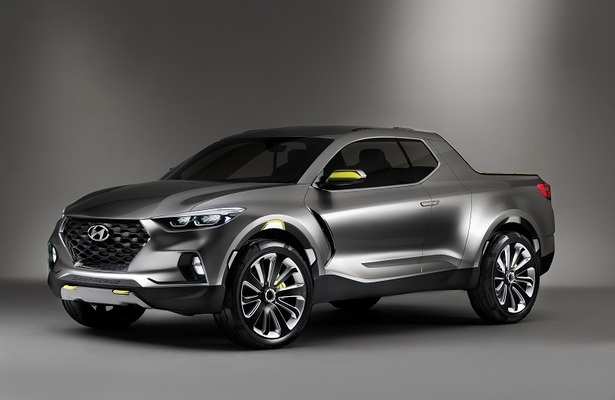 Then, after a while, Hyundai’s move started to seem like a stroke of genius. There aren’t really any other trucks like it. The only thing is the Honda Ridgeline, and it tries so hard to prove to regular truck owners that it can do what they can do. We kind of like the idea of a unibody truck embracing its construction and reveling in the fact that it’s downright handy but not totally badass. With that in mind, we decided to do some brainstorming on what the Santa Cruz would have to do to really be better than the Ridgeline.

Have Better and Easier to Use Tech 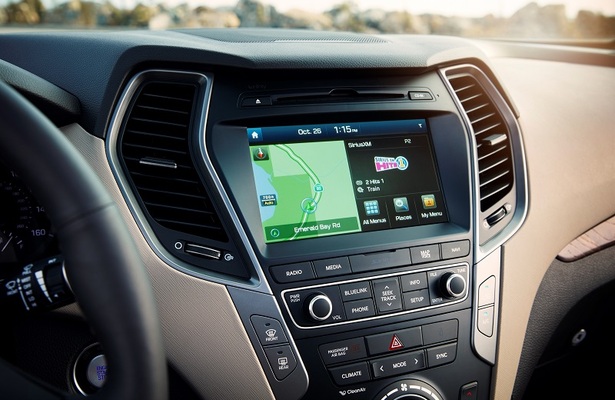 Hyundai has an opportunity in the technology department to make Honda look downright silly. First off, a volume knob. Then, there’s the fact that Hyundai’s entire UVO infotainment system is more intuitive than the system Honda has in the Ridgeline. The controls alone would set the Santa Cruz apart. Look at any Hyundai car or SUV (like the Santa Fe interior pictured above) and you see a clean layout of buttons and touchscreen with clearly labeled controls right on the dash. That’s exactly what the Santa Cruz needs. 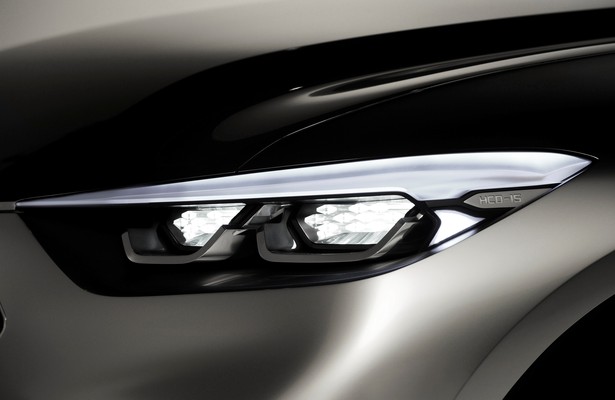 As far as features go, Apple CarPlay and Android Auto are a must as is Hyundai’s BlueLink system. If possible, those features as standard equipment would go a long way. Safety technology should include blind spot monitoring, automatic braking, rear parking sensors with a camera and cross traffic alert, lane departure alert, and adaptive cruise control. These advanced driver aids would be fine as optional equipment but standard on certain trim levels would be a big plus as well. 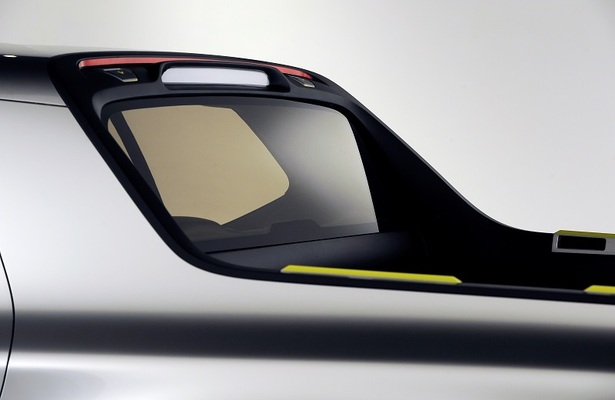 The Santa Cruz has its work cut out for it in this department. The Ridgeline is the most practical of any midsize pickup truck on the market. It’s under bed storage system and its easy-folding rear seats make it one of the best vehicles for families and everyday life. 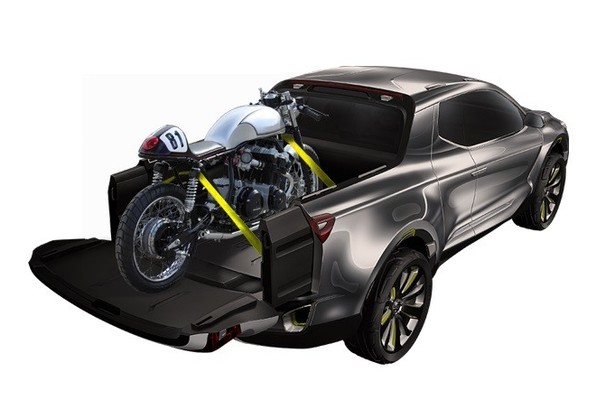 The Santa Cruz will have to have similarly innovative storage spaces in its bed and cabin to be able to compete in this department. Hyundai could incorporate some kind of storage space inside the sides of the bed like Ram does for its full-sized pickups, and the expandable tailgate that was on the concept truck is an excellent idea. Additionally, the cab of the pickup needs to have practical storage spaces in it. If not some kind of easy-folding seat like the Ridgeline, then some kind of under-seat storage box like is in many full-size and heavy-duty pickup trucks.

Have Good but Not Amazing Performance 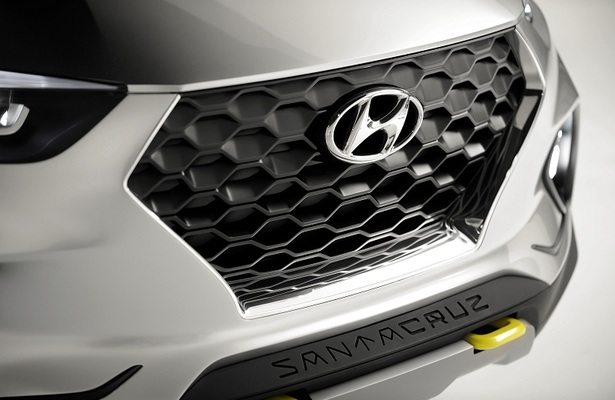 The Santa Cruz would need to be able to haul and tow a fair amount. However, it’s not a rough, rural pickup, so Hyundai could probably be able to get away with offering less towing capacity than Honda if needed. According to Honda, the Ridgeline tows up to 5,000 lbs and that covers more than 90 percent of people who need to recreationally tow a trailer.

That means, Hyundai’s Santa Cruz could tow less than 5,000 lbs and still be suitable for the majority of the market. The specific market that the truck will target likely needs to tow way less than that. The “urban pickup” as it has been referred to is a truck that will likely be used to move things in the bed more than it will be used to tow heavy a trailer. It’s going to be a pickup used to move furniture, haul the occasional load of mulch, and easily load up the bicycles for a weekend mountain biking trip. 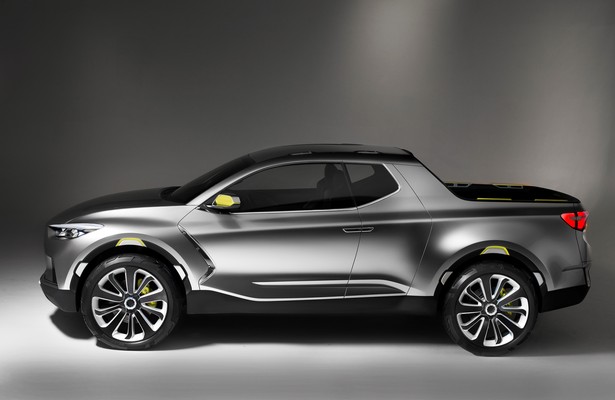 We think that potential Santa Cruz buyers would care more about fuel efficiency and smooth operation than they would high and numbers. The Santa Cruz could have similar performance to some of Hyundai’s other crossovers and do just fine. It’s likely that it will. The model will likely use the same or a similar powertrain to what's in the Santa Fe crossover, though it may be a little more powerful. That means you could see a 3.3-liter V6 or possibly a 2.0-liter turbocharged four-cylinder or both. We're hoping for both and standard all-wheel drive.

Bottom Line, the Santa Cruz has to be Good Everywhere a Crossover Is 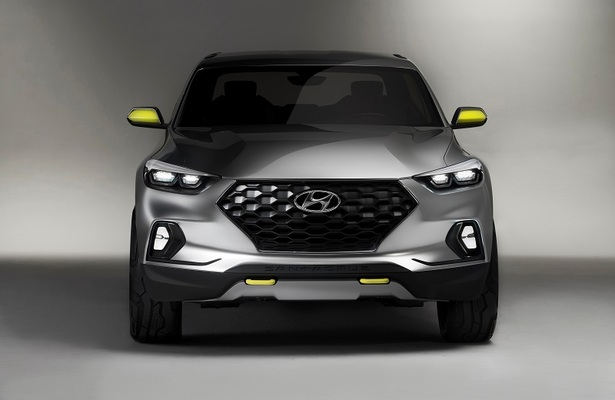 The Santa Cruz pickup strikes us as the same thing that a crossover is to an SUV. It’s a street savvy, easy to drive, and somewhat toned down version of a rugged and tough vehicle. The model will likely be the most car-like pickup ever built (much like the old Chevrolet El Camino or Ford Ranchero), or at least it should be if it wants to succeed.

Like it or not the automotive industry in the States has shifted away from cars that drive great and trucks and SUVs that do an excellent job towing and hauling to something that does both things well. That’s what crossovers are and that's what the Santa Cruz has to be if it wants to really succeed. It has to be the most crossover-like pickup ever built.