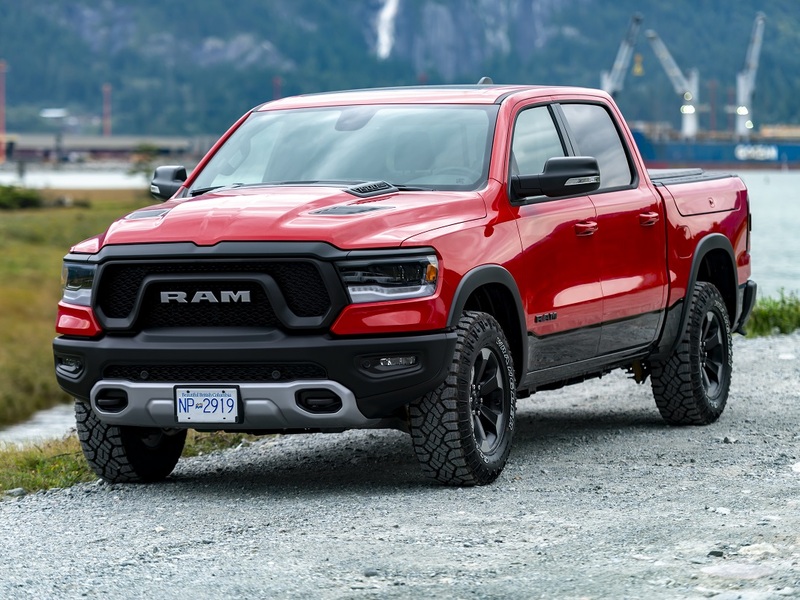 The Ram 1500 Rebel is one tough mother trucker.


We truly admire the current lineup of pickup trucks (ok, not the super-crusty Nissan Frontier), and the rest of the country feels the same since they're always the best-selling consumer vehicles on the market. It's no longer enough to be rugged and powerful, either. A great pickup truck has to tow, haul, ferry passengers in comfort, provide great technology, and be pretty easy to drive for something that's typically the size of 1.5 cars. 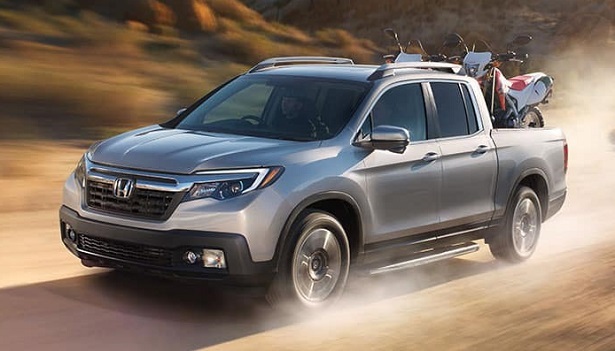 The unibody Honda Ridgeline gets rave reviews, but we didn't get behind the wheel this year.

The competition is stiff for body-on-frame pickups, and even unibody versions are improving. But seeing as how we only choose newly redesigned or brand new models in our nominee selection, the Ram 1500 is the only viable choice. It actually won in 2018 as a 2019 model that just came out, so it still qualifies for 2019. The Ram 1500 just seems to do it all especially well, and though its tough through-and-through, it's also remarkably refined beyond what you'd expect in something that can tow a boat without breaking a sweat.

The Ford F-150 is great but due for a redesign. It's also not as pleasant to drive or as roomy as the Ram 1500. We didn't get to review the Chevy Silverado 1500 this year, so that choice is out. The Toyota Tacoma has only been refreshed for 2019, the Toyota Tundra is way too old, and the Nissan Titan just doesn't score high enough for consideration (it will get new duds for 2020, though). The unibody Honda Ridgeline is popular and gets high marks from critics. It could've been a contender, but it's not new or redesigned, nor did we get to drive it this year.

The Ram 1500 happens to be one of the best-looking half-ton pickup trucks. Although it's evolved from the previous generation, it's now even more handsome than before thanks to a less blocky front end and a new grille. It elevates the 1500 beyond just the truck-ish looks we've come to know for half tons and heavy duties. The Ram 1500 Rebel gets its own unique front fascia, and that version looks properly tough to communicate its off-road leanings. Upgrade to the higher trims, and you get tastefully executed chrome for a more uptown appearance. 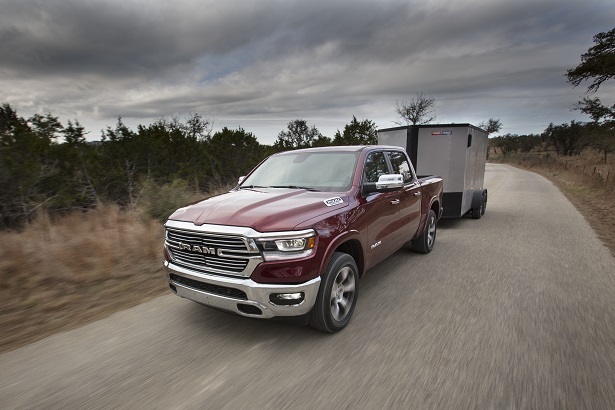 The Ram 1500 has a tougher, lighter frame made of 98 percent high-strength steel, which increases stiffness, strength, and adds width and height while decreasing weight by over 200 pounds--something that helps its drivability. Take it through parking lots without worrying about clipping someone, and the 1500 also has great steering for a big rig. It's light but accurate, on center, and smooth in its operation. 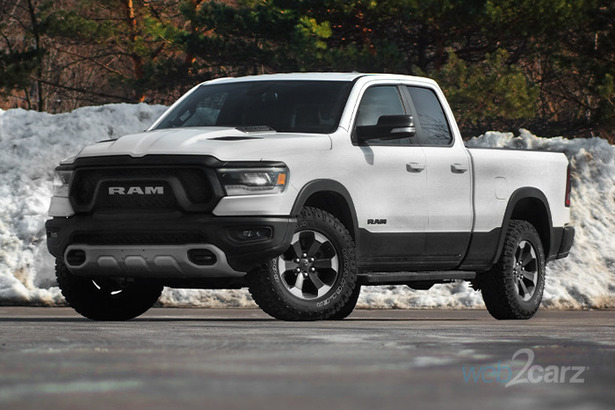 The Rebel scored high marks when we tested it, garnering the top score for trucks in 2019.

If you upgrade to the optional 5.7-liter HEMI V8 engine that's mated with the 8-speed automatic, the Ram 1500 is a beast with 395 horsepower and 410 lb-ft of torque. The engine isn't just potent but smooth, as well. Acceleration is just over 6-seconds to 60 mph, which is plenty fast for something this large. But Ram also thought about efficiency. It's more aerodynamic, and it even has cylinder deactivation and active grille shutters that close at highway speeds for better to make it less thirsty. 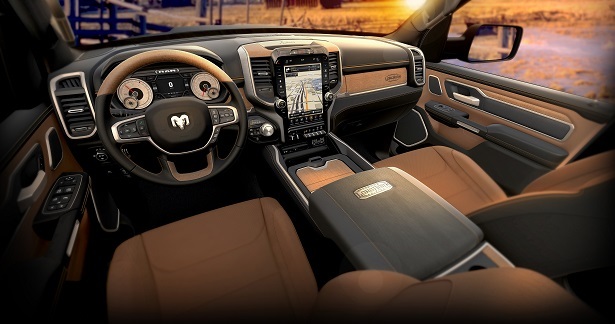 The interior of the Ram 1500 Longhorn Laramie is about as opulent as a pickup truck gets.

When we stepped inside the 1500 in higher trims, we were blown away by the opulence and the uniqueness of the styling. Fine leather, wood, and appointments that make it look like a large luxury sedan impress to no end. There's also a crap ton of room in Crew Cab guise, making it the largest in its class. The back row can seat really tall adults without a problem, and there's also what's called the "Class Executive Reconfigurable Center Console" for capacious gear stowage coupled with the flat rear floor for peerless room. 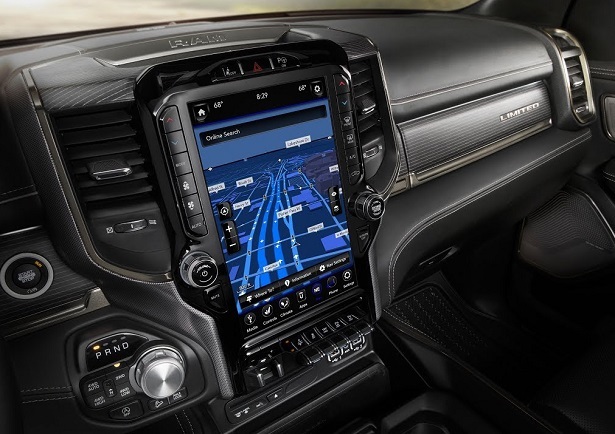 The 12-inch screen is bright and clear, while physical controls still prevail.

Last but not least is the optional 12-inch touchscreen with Uconnect. It's not just large and easy to read, it also has a simple but ingenious split screen so you don't have to toggle between nav and audio, as well as other viewable modes. The screen is also in portrait mode for an ideal layout. But don't worry, Ram saw fit to keep a host of great physical controls for climate, audio, etc., making it less distracting to use while driving.

There's so much to love about the Ram 1500 in terms of drivability, comfort, space, power, luxury, and technology that others will have to ramp up to compete. Sure, there are loyalists who might never leave Chevy or Ford, but there's also clear evidence that many have flocked to Ram with the new 2019 1500. We can't say we blame them since it's one of the few trucks we'd love to spend hours in. It's the clear winner on so many fronts, and the Ram 1500 is truly worthy of the Truck Of The Year award.