Russian Dudes Build a Scary Tesla Cybertruck of Their Own

The right shape, but the rest is very wrong 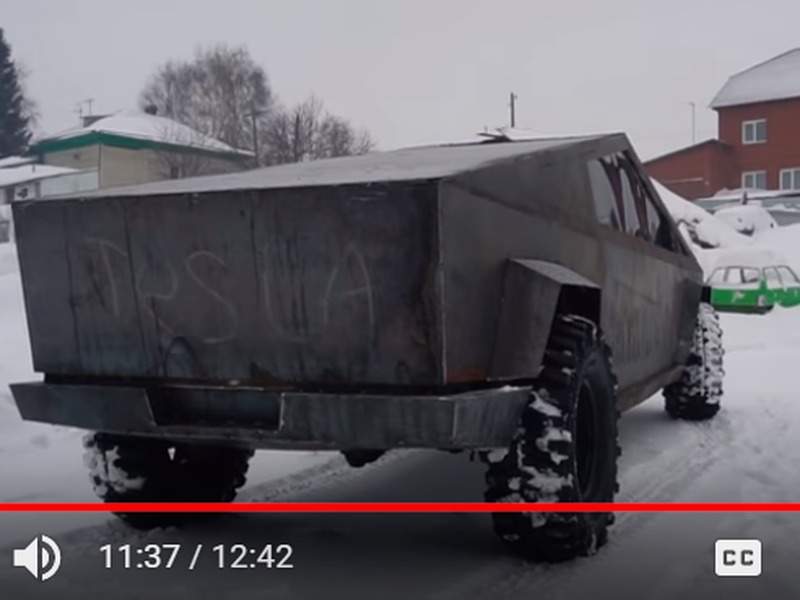 Do you think Elon's gonna sue these guys? It does say 'Tesla' on the back.


The radical design of Elon Musk's latest creation, the Cybertruck, is a huge hit on the internet. Although it gets polarizing remarks from just about everyone who's seen it (and really, who hasn't?), there's no question it gets more attention than just about any vehicle in existence. It's so famous, LEGO might build a toy Cybertruck. But perhaps the craziest of all Cybertruck-inspired ideas is this build by some Russian guys at Garage 54. Take a look at the video below.

Whereas the Cybertruck will have serious electric range, blistering acceleration, and real utility, this death trap is, well, a death trap. The guys use a Russian UAZ, essentially a military-style SUV that's anything but modern. Everything is cut down to the chassis, and Garage 54 proceeds to build a new upper frame and body, then bolts on some chunky wheels for effect. Rusty body panels are added, and then the gas-powered Cybertruck goes for a rather low-speed test drive. 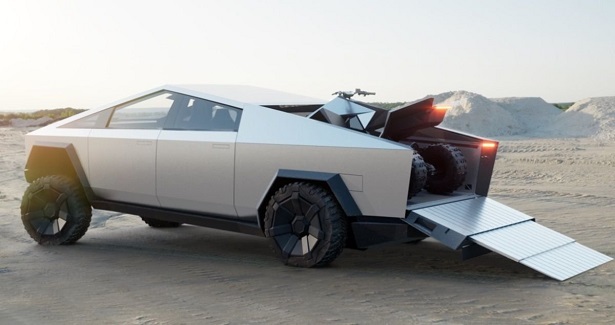 We have no idea what the interior looks like other than the thin-rimmed and rather vintage steering wheel peeking through the side windows. Hell, the front windshield doesn't even look like you can see through it, and there sure aren't any wipers or side mirrors. Do the doors even open or does the driver get welded inside? Don't even ask about a pickup bed. There isn't one. But kudos to these dudes for bringing a Cybertruk to market way before Elon.