Early Tesla Model Y Deliveries Have Started, and We Could Not Be Less Excited 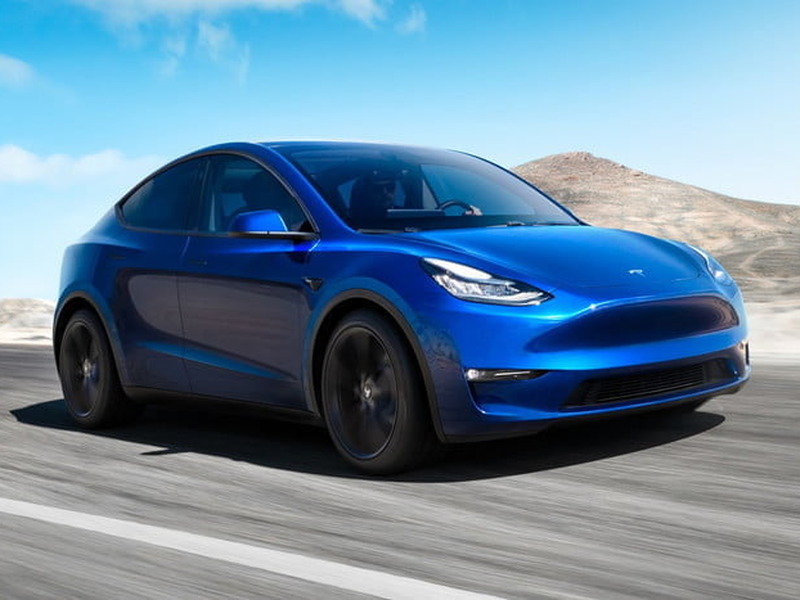 Let's just hope it looks better in the flesh. We won't hold our breath, though.

Elon Musk is almost never early with anything, except maybe to insult people on social media. His Model 3 sedan might be the best-selling sedan in America, but it languished in production hell for a while before it made into depositors' garages. Well, surprise, surprise. He's making more than good on his promise to deliver new Model Y crossovers by the fall of 2020. In fact, some customers have already received theirs. Did we mention the vehicle bores us to tears? At least COVID-19 shut-ins who are getting theirs have reason to leave the house.

Oh, that video is easily more dramatic than it deserves to be, and Telsarati everywhere are getting as excited as "The Bachelor" devotees just before a new season airs. It is, frankly, underwhelming (not because Tesla isn't doing great things but because it just looks so freakin' dull). While it maintains the design language of the lineup, it just doesn't look as good as the Model S, although we have to say it's nicer than the bloated Model X.

Efficient, fast, and about as thrilling to look at as a bar of soap.

The shared DNA works on some cars but not on the Model Y that's essentially a thickened Model 3 with the same fascia, taillights, and roofline only with a taller profile. The Model Y should prove to be even more successful than the 3 because of its roomier interior and its crossover segmentation, but it just does nothing for us. Now, the Cybertruck. THAT we can get excited about. Tesla announced the Model Y crossover back in 2019, and it's finally a reality. Here are the specs on the Model Y line:

Telsa actually beat delivery estimates by months, not weeks, or days. That fact, in and of itself, is significant and should help the cash-burning Telsa generate some much-needed revenue. It's not the base versions, either. The premium trims are the first to get to customers, including the Long Range model and the Performance model. The Standard Range (sub-$40,000) is the base trim and should get to those pining customers next year (or earlier!). Just don't expect us to throw a party.