Then and Now: The History of the Chevy Silverado 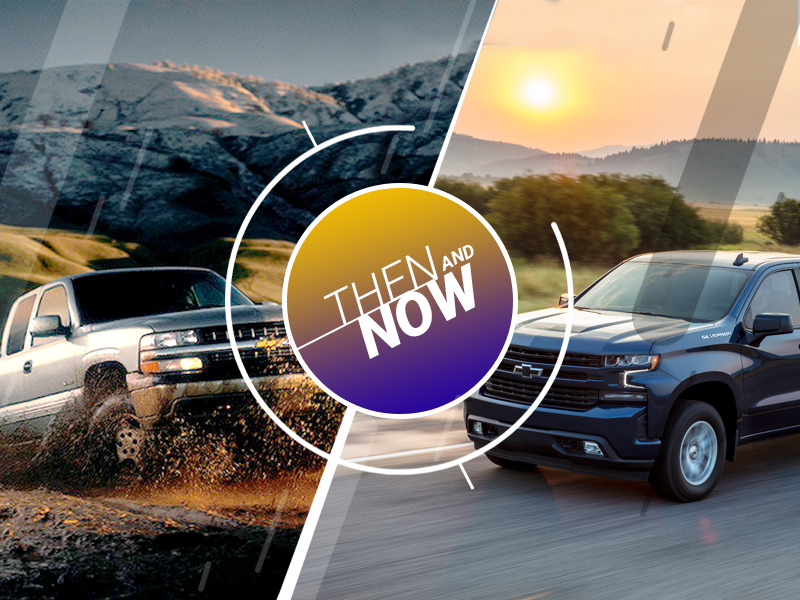 The Chevy Silverado has come a long way since 1999.

There are few vehicles on the road that have nestled themselves into the fabric of our culture as much as the Chevrolet Silverado. With hundreds of songs featuring Chevys, many of which mention the Silverado, along with countless TV show and movie appearances, it's hard to deny the Silverado is the "quintessential American truck". Introduced in 1999, this year marks the Silverado's 21st anniversary, and in honor of the milestone, we'll look back at the history of the truck's production, how it looks today, and what its future holds.

History of the Chevy Truck 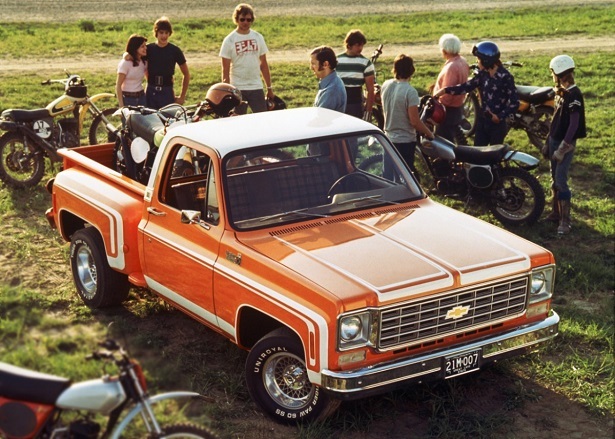 To understand the Chevy Silverado's origins we need to go back through the bowtie brand's history to look at the trucks that predated its introduction. From the 1940s 3100 Series which put out a "heart-racing" 78 horsepower and set you back $1,087 MSRP, to the 1950s Cameo Carrier which introduced car-like features and a luxury interior for an MSRP of $1,981, Chevy strived to improve the reliability, design, and appeal of their trucks through the years. 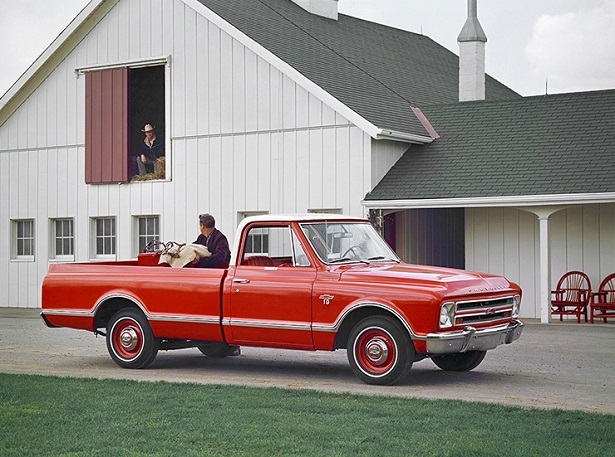 Directly preceding the Silverado, was the Chevy C/K series which was introduced in the 1960s. The C/K series offered truck buyers four wheel drive as a factory-built option for the first time as well as an independent front suspension. By 1967, the second generation of the C/K Series, the C/K10, hit its stride with comfort and convenience features that went beyond the expectations of an everyday workhorse. This series sported cleaner lines, a better-integrated fender and hood, and a simple grille design. It also gave buyers more engine options including new 6-cylinders and big-block V8s. The C/K10 Series with a 4.79L V6 offered 153 horsepower and had an MSRP of $2,408. 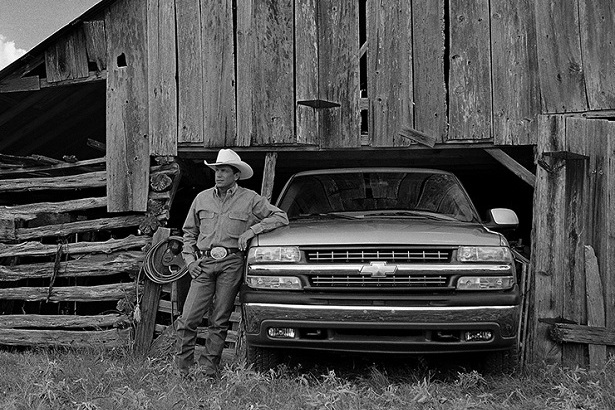 Although "Silverado"  was used as a trim name in the 1970s, it didn't become a stand-alone model until 1999 when it was introduced as the first generation of the truck we know today. Built on the GMT800 platform shared with the Chevy Suburban SUV, the new Silverado added size, brawn, and a more aerodynamic design to the C/K Series trucks that came before it. The first Silverado was available as a regular cab and extended cab, offering three bed lengths including a short box, standard box, and long box. 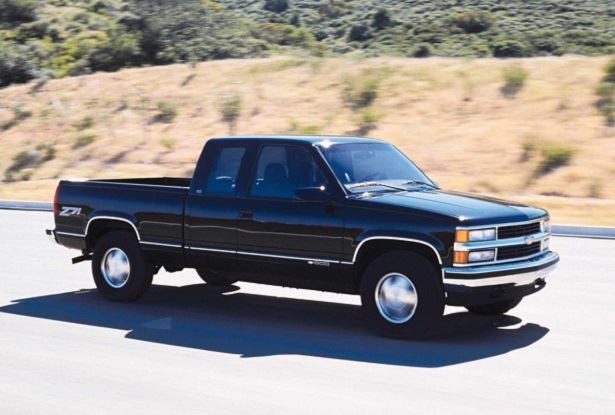 The Silverado was introduced in 1999 with a more aerodynamic design and new V8s.

In addition to a 4.3-liter 195-horsepower V6, the first generation Silverado offered a new line of powerful Vortec V8 engines including a 255-horsepower 4.8-liter V8, and a 270-horsepower 5.3-liter V8. Going with the 5.3L V8 meant looking at a more relatable MSRP of $31,384 for the original Silverado 1500. The Silverado was a pioneer among pickup trucks as it became the first truck with standard four-wheel disc brakes, and an automatic transmission with a Tow/Haul mode. The Silverado's four-wheel drive system was also the first of its kind in that it worked on dry roads. 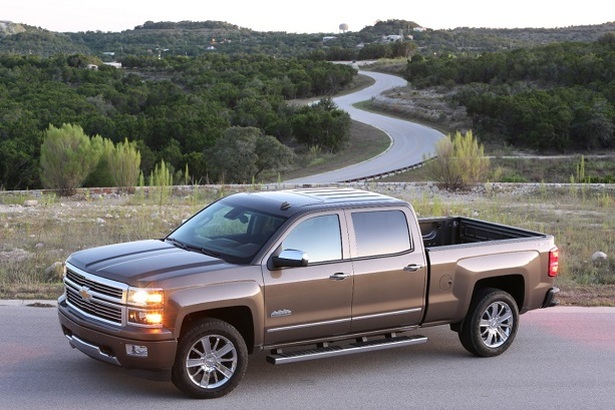 The first generation Silverado was produced from 1999-2006, and in 2007 Chevy completely redesigned and introduced the second-generation Silverado which was built on the GMT900 platform. More aerodynamic improvements resulted in improved efficiency along with a modern style that more closely resembles the current Silverado. Two trim levels were added to the original Silverado's three with an affordable base model and a higher LS trim that included features like cruise control and keyless entry.

Throughout the 3rd generation of the Silverado, Chevy continued to make improvements. The Silverado became more fuel-efficient, quieter, and smoother along with getting a bump in power. In the third generation, the power output was increased in the base V6 from 195 to 285 and a more powerful 6.2-liter V8 was introduced for 420 horsepower.

Current Chevy Silverado: 2020 and Beyond 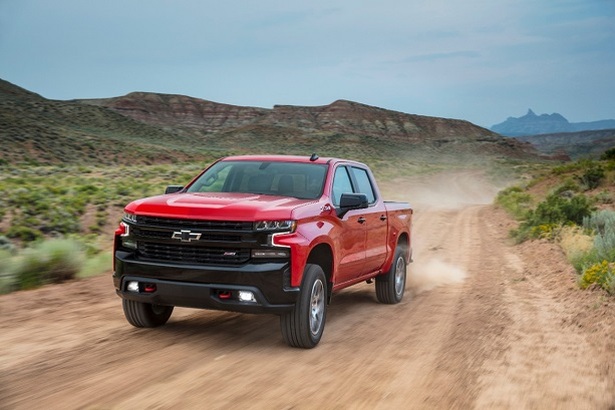 Fast forward to 2020 and the Silverado is better than ever as it entered its 4th generation last year. Chevy redesigned the Silverado in 2019, giving the truck a significant weight reduction of 450 pounds thanks to the use of high-strength steel. While it lost weight, the Silverado actually grew in size with a longer wheelbase resulting in increased interior and cargo space.

There are now 6 engine options to choose for the Silverado including a 4.3-liter V6 for 285 horsepower, two different types of the 5.3-liter V8 for 355 horsepower, a 6.2-liter V8 that makes 420 horsepower, a 2.7-liter turbocharged four-cylinder that makes 310 horsepower, and a 3.0-liter inline six-cylinder turbodiesel for 277 horsepower. The vast selection of trims from the off-road Trail Boss, to the luxurious High County allows buyers to customize and purchase the best truck for their lifestyle and budget. 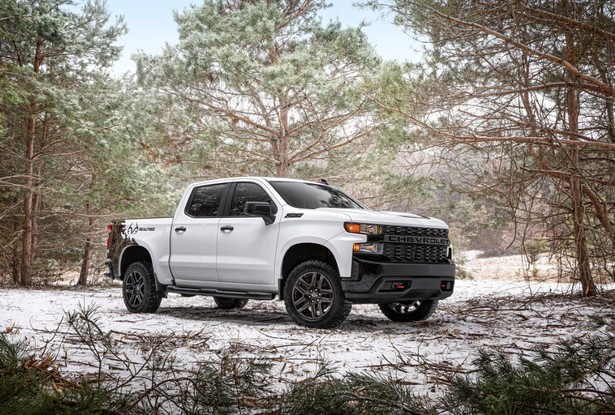 A collaboration between Chevy and Real Tree produces a rugged special edition for 2021.

Now that we looked at the origins of the Silverado, what does the future hold for the popular pickup? In the short term, we'll see three new special editions of the Silverado including the All Star, Texas, and Real Tree collaboration for 2021. Perhaps the biggest news is the all-electric pickup truck that is in the works for Chevy. Few details have been revealed about the EV, including whether it will share the "Silverado" name, but GM is going all in with an aggressive electrification plan that includes introducing the all-electric pickup truck by 2025. No pricing has been announced, but we're guessing it will set you back more than $2,000.