Then and Now: The History of the Jeep Grand Wagoneer

One of the most dramatic vehicle resurrections to date 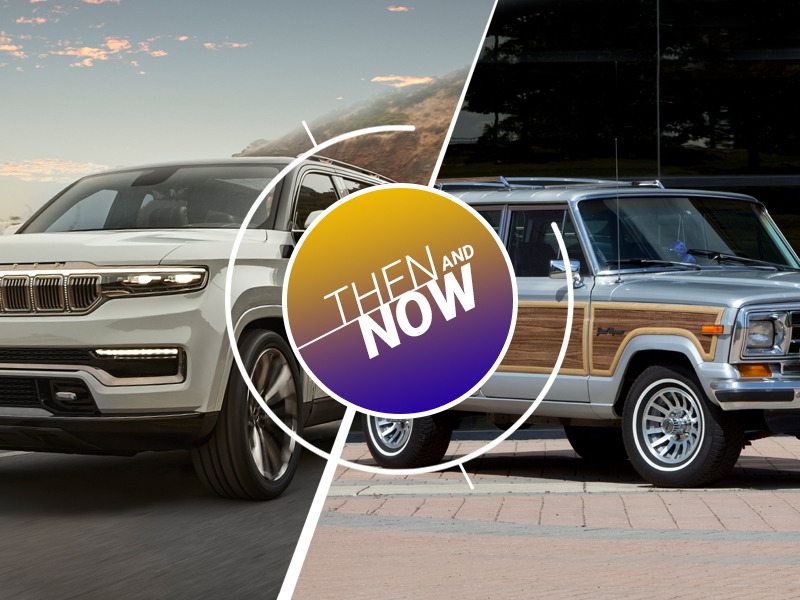 Now, the wood is on the inside of the Grand Wagoneer. (images: Jeep/FCA)

Jeep is on a roll with reviving nostalgia-inducing nameplates. First was the return of the Gladiator pickup truck, and now the Jeep Grand Wagoneer is officially making a comeback. The recent unveiling of the Grand Wagoneer concept inspired us to rewind back to the classic Wagoneers of the 1960s-1990s. Travel back in time with us as we examine the evolution of the early Jeep Wagoneer, the introduction of the first Grand Wagoneer, and the all-new Grand Wagoneer arriving soon.

1963: The First Jeep Wagoneer is Born 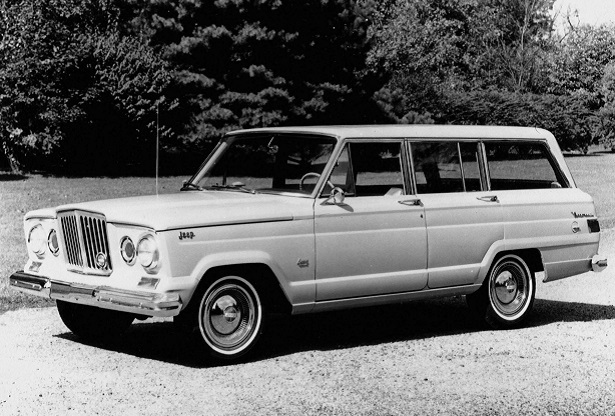 'Comfort' and '4x4' did not play well together before the original Jeep Wagoneer came along.

Before there was the Grand Wagoneer, there was the Jeep Wagoneer (SJ) which was introduced in 1962 as a 1963 model. The Wagoneer was launched with the goal to bring more luxury, comfort, and passenger car styling to the 4x4 utility of SUVs that came before it. The Wagoneer was a pioneer for the Jeep lineup, as the first 4x4 vehicle with an independent front suspension and automatic full-time 4x4 system.

Although the original Wagoneer may look old-fashioned by 2020 standards, it was a renegade for modern styling in the '60s. As part of the SJ lineup which included the Gladiator, J-Series, and early Cherokee SUVs, the Wagoneer was styled by industrial designer Brooks Steven and offered a modern take on the 4x4 SUV. 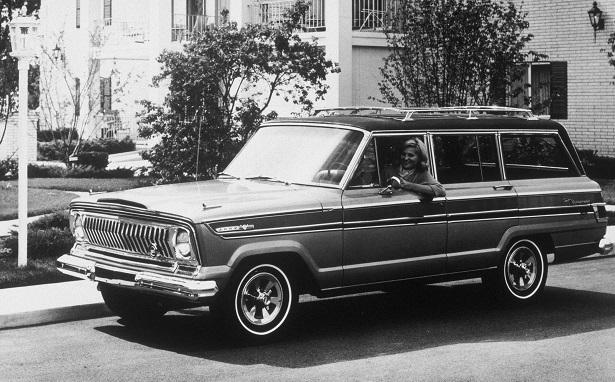 Seeing the success of the first Jeep Wagoneer, the automaker decided to add even more luxury to its 4x4 SUV for premium shoppers (along with a price premium). As a result, the Jeep Super Wagoneer debuted in 1966. The Super Wagoneer took the upscale leanings of the original Wagoneer up a notch with features like power brakes, a high-end radio, power steering, and a power tailgate.

Under the hood, a 270-horsepower V8 engine and “Turbo Hydra-Matic” automatic transmission also came standard. Loaded with these premium features, the Super Wagoneer came with a price tag of $5,943 which was double that of the base Wagoneer and nearly triple the average vehicle price at the time. 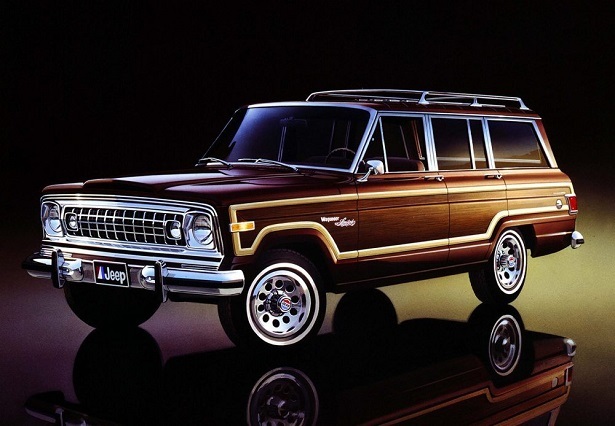 A direct descendant of the Wagoneer Limited, the Grand Wagoneer carried on the tradition of luxury.

In the early 1970s, the Jeep brand was acquired by AMC (American Motors Corporation) which continued to invest in the Wagoneer lineup adding more convenience upgrades and performance features like two new V8 engines and the Quadra-Trac 4x4 system with full-time capability. In 1975, the Wagoneer was outfitted with the iconic "woody" treatment, a wood-grained applique added to the exterior. This unique feature is likely what still comes to mind today anytime "Wagoneer" is mentioned.

After the acquisition, AMC shifted the focus from the luxury-centered Wagoneer models to the family-friendly trims until 1978 when the upscale Wagoneer Limited trim was added to the lineup. The Limited (or “The Champagne of 4-wheel-drives" as it was nicknamed by Road and Track) was the most luxurious 4x4 offered at the time and would later be renamed the "Grand Wagoneer".

1984: The Jeep Grand Wagoneer is Introduced 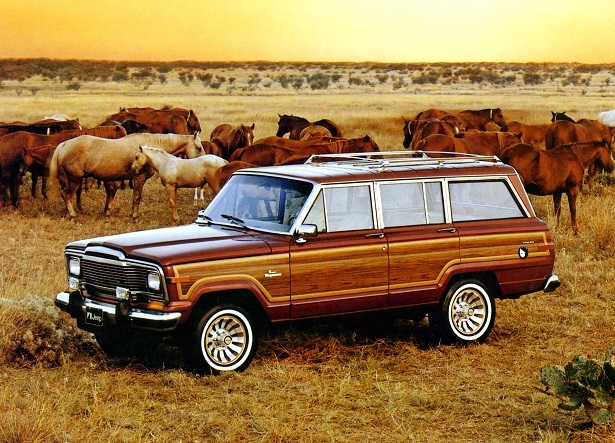 The Jeep Grand Wagoneer nameplate was introduced in 1984 and discontinued in 1991.

By the 1980s, the financial crisis motivated the consolidation of the Wagoneer lineup into a single model for the premium shopper with the Cherokee positioned as the budget-friendly SUV. As a result, the Wagoneer got a name change to "Grand Wagoneer" in 1984. It packed all the luxury features of the Limited model and more. 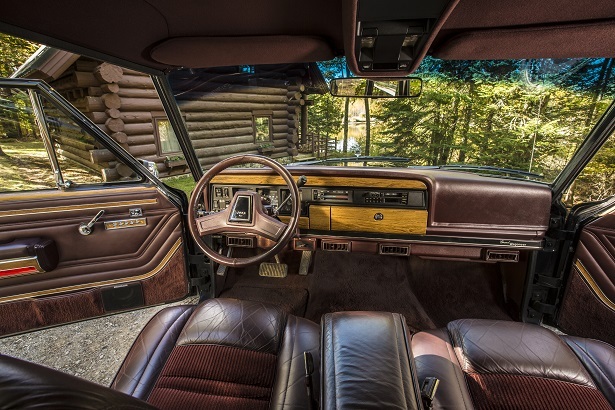 The first Grand Wagoneer introduced luxury SUV shoppers to creature comforts that we take for granted today including AM/FM/CB stereo radios, air conditioning, and leather upholstery. The Grand Wagoneer came with two engine options including a 5.9-liter V8 for 140 horsepower and 280 lb-ft of torque and a 4.2-liter inline-six. Shoppers who chose the V8 got to enjoy the highest towing rating for the segment. 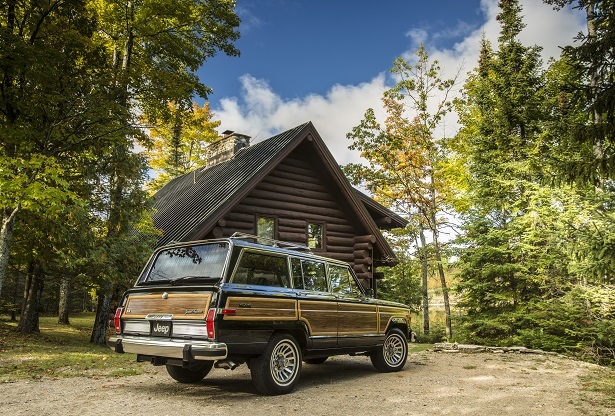 Throughout its run from 1984-1991, the Grand Wagoneer lured affluent shoppers with median incomes equivalent to $200,000 today thanks to its high-end styling, interior features, and performance. The first Grand Wagoneers sold for around $19,000 which was comparable with family-oriented vehicles such as Volvo and SUVs like the GMC Jimmy and Ford Bronco. In 1987, Chrysler purchased AMC and added improvements such as anti-corrosion measures, better overall assembly of the vehicle, and the standardization of many components.

Despite providing excellent profits for the Jeep brand along with a luxurious and capable SUV option for well-to-do shoppers, the Grand Wagoneer's mediocre fuel efficiency and inability to keep up with new safety standards led to its demise. 1991 and a "Final Edition" dashboard badge marked the final year for the Grand Wagoneer and the iconic nameplate that was synonymous with 4x4 luxury went into hibernation, until now. 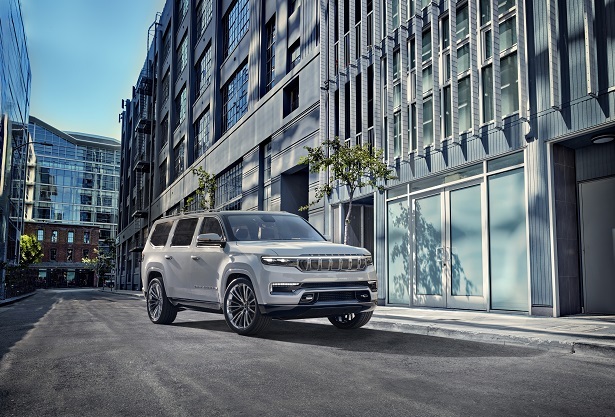 Last week, Jeep revealed the Grand Wagoneer concept which is near-production ready. While the 3-row SUV shares some characteristics with the 1980s Grand Wagoneer (a plush interior, loads of standard features, and 4x4 capability) it also transports the nameplate from the "woody" wagons of old into modern-day luxury. The upcoming Grand Wagoneer's exterior makes a stunning first impression with its wide and tall stance, unique body-colored pillars, and contrasting roof.

The Grand Wagoneer announces its arrival with a unique grille and signature light bar in front. Although the wood appliques of the original are gone, Jeep gives a nod to the "woody" design with wood accents in the roof rails and around the LED lenses in the headlights. The Grand Wagoneer will ride on eye-catching 24-inch wheels with 3D printed carbon fiber weave-like portions of the complex spokes. 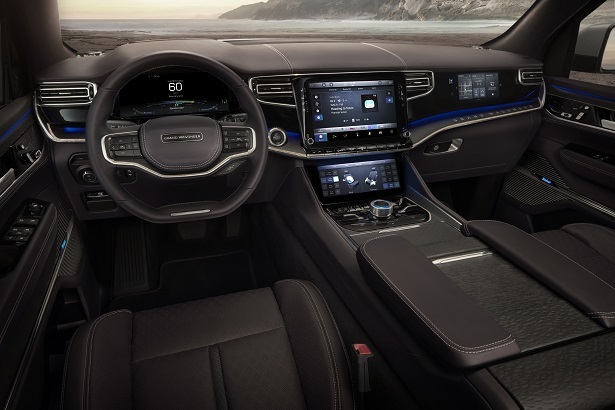 Inside, the Grand Wagoneer offers no shortage of opulence for modern SUV shoppers. We spot a grand total of 7 large screens, a 23-speaker sound system with aluminum trim and blue illumination, and large well-cushioned seats. Premium trim materials like wood and aluminum can be seen throughout the cabin.

Jeep has not disclosed many details about the upcoming Grand Wagoneer's powertrain, but rumor has it that the SUV will offer 3 engine options including a plug-in hybrid, a naturally-aspirated V8, and a diesel shared with the Gladiator and Wrangler. While 30 years ago, a Grand Wagoneer would have set you back around $20K, the new SUV's price tag will likely surpass the $100K mark. Now we sit back, reminisce, and wait.