Then and Now: The History of Nissan's Z Car

This legendary sports car is getting a much needed upgrade

The new Nissan Z Proto combines the best elements from the Z car's past. (images: Nissan)

The reveal of the Nissan Z Proto this week marks an important milestone for the future of the iconic sports car. The Z car has been in production since the 1970s and has made a name for itself in both the racing world and among sports car enthusiasts. The Nissan Z car's story begins in the late 1960s when Nissan operated under the 'Datsun' name in the U.S. and culminates in the upcoming Z car's arrival. 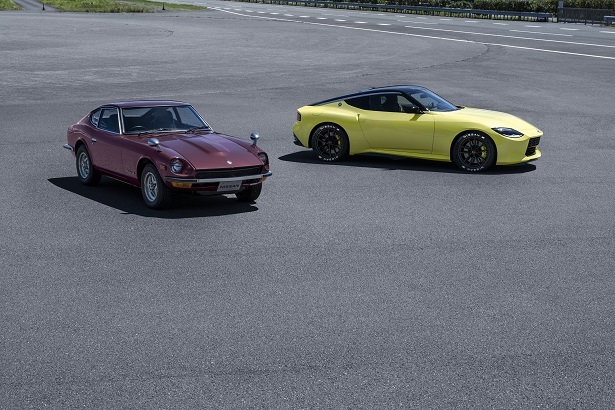 The arrival of the first-generation Datsun 240Z (or the Nissan Fairlady Z as it was dubbed in Japan) marked a significant achievement by the young brand to bring an affordable and capable sports car to the massed. The Z car has gone through a significant evolution, and many name changes, over the last 50+ years and now it returns as an all-new model. 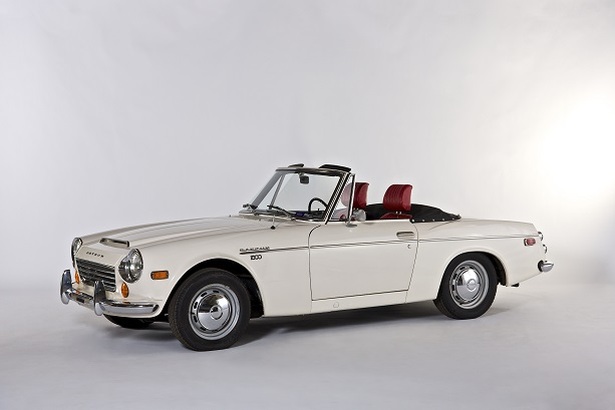 Before the arrival of the first Z-car, its predecessor, the Nissan Fairlady Roadster SP311 offered sports car enthusiasts an affordable alternative to the British sports cars on the market. The 311 series was produced from 1960 up until the introduction of the first Z-car in 1970. The roadster sported 14" wheels and independent front suspension with an inline 4-cylinder under the hood good for 96 horsepower and 103 lb-ft. 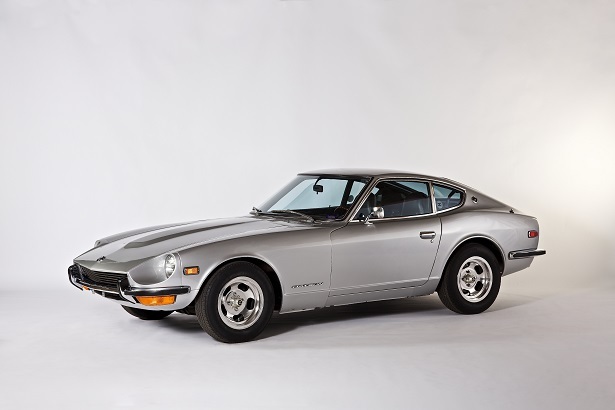 Introduced in 1969 in Japan, the Nissan Fairlady Z marked the first generation of the Z car. Joined by its U.S. counterpart, the Datsun 240Z, two years later, the model went on to sell a record-breaking 520,000 units. This was thanks to its Euro-inspired fastback body styling, an affordable base price of just $3,600, and a capable inline-6 engine offering 151 horsepower and 146 lb-ft. The Z car was introduced in direct response to Toyota's Supra, but with a price that fell $1,000 under competitors like Volvo, Chevy, and Jaguar, the Z car gained a loyal fan base on a wider spectrum. Inside the cabin buyers found standard features like full instruments, carpet, radio, air conditioning, and reclining bucket seats, making the first Z car an excellent value at the time. 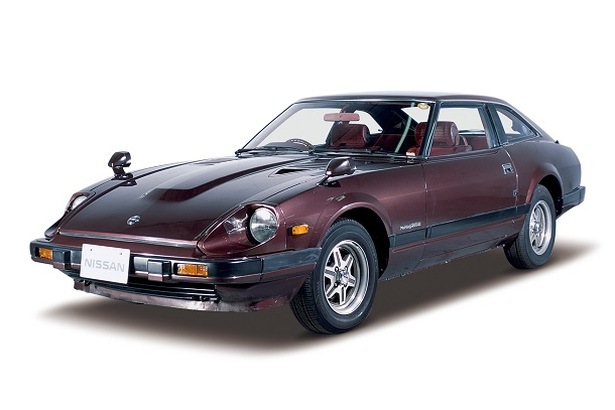 The Z car's second generation, the Datsun 280ZX, came in 1979 and while the exterior didn't look vastly different, it was outfitted with a spoiler and unique racing design inspired by the ZX-R.  The new Z car gained sharper lines and lost its grille for a more unified exterior. The 280ZX also received a new chassis and the interior was upgraded to be more luxurious. While the 6-cylinder engine carried over from the first generation, the performance tweaks were geared toward improved fuel economy and emissions, while comfort upgrades came in the form of a quieter ride for driving long-distances. An available T-top roof was added in 1980 which became a popular choice for Z car buyers. 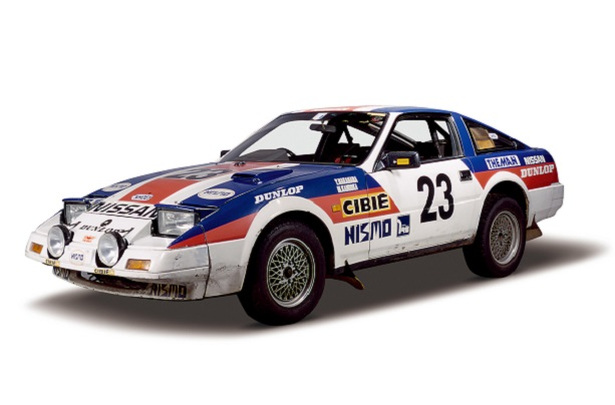 Introduced in 1983, the third generation Nissan 300ZX claimed a victory in the 1985 Japan Rally Championship, boosting the model's recognition and appeal. Desirable standard features were added including air conditioning and leather upholstery that further helped attract buyers. The fourth-generation 300ZX was launched in July 1989 and ran until 1996. It featured a daring exterior syle with a wide stance and low proportions along with a unique front fascia with headlights slanted to 60 degrees. 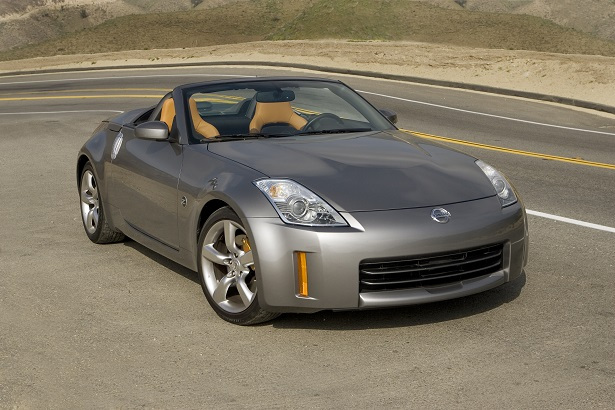 Originally offered as a coupe only, the 5th generation 350Z roadster offered a power-operated soft top.

After a 6-year production hiatus in the U.S., the Nissan Z car returned in 2004 as a redesigned roadster that introduced a sleek new exterior and a more powerful engine good for 287 horsepower and 274 lb-ft of torque. The introduction of the 5th generation reignited interest in the Z car within the U.S. market. 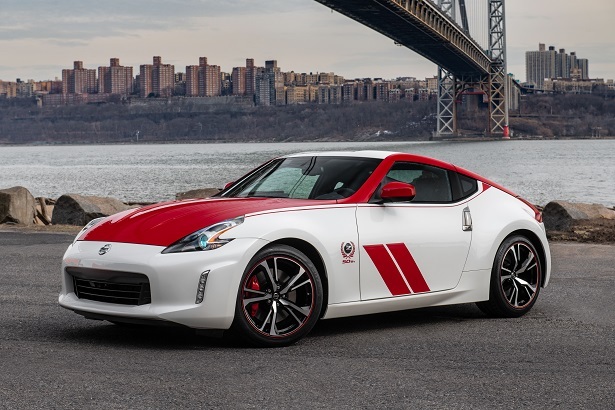 Now in its 6th generation, the 370Z celebrated its 50th-anniversary in 2019 with a special edition model featuring a racing-inspired exterior and interior. The exterior offers buyers a choice of two exclusive paint schemes along with 50th Anniversary identification on the front fender, anniversary rear badging, and special 19-inch alloy wheels. Inside, drivers will find an anniversary edition Alcantara-wrapped steering wheel, unique interior stitching, and exclusive leather-trimmed. A 50th Anniversary logo and anniversary kickplates commemorate the Z car's legacy. Under the hood of the 370Z is a 3.7-liter V6 engine that produces 332 horsepower and 270 lb-ft of torque.

2020 and Beyond: The Nissan Z Proto Arrives 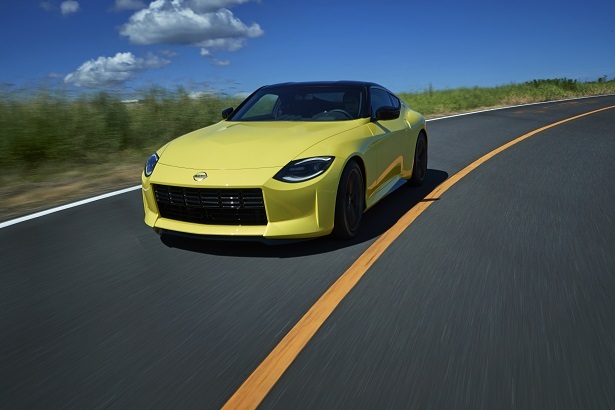 The long-anticipated reveal of Nissan Z Proto shows off a sports car that is forward-looking, but also one that honors all the Z cars that came before it. The handsome styling pulls features from nearly every generation including a square grille from the 350Z, a hood bulge, curved nose, headlight shape, and badging from the 240Z, a sloped roofline from the 370Z, and the taillight signature from the 300ZX. 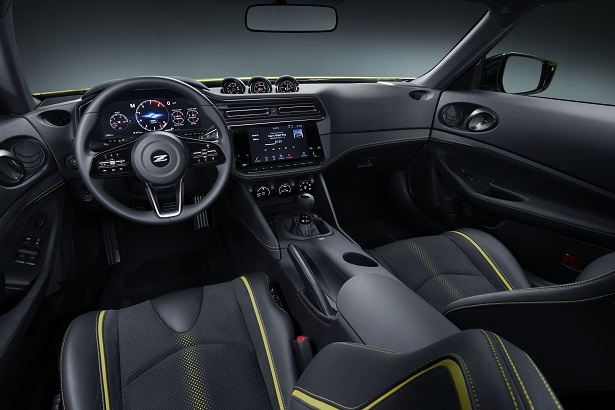 No details have been confirmed about the new Z car's engine, but it's likely we'll see a twin-turbo V6 mated to a six-speed manual transmission with an optional automatic. Inside the sporty cabin are supportive seats, a large touchscreen, and unique HVAC vents that mimic the grille mesh and taillight signature. Although this is not the final version, it should be a good indication of what Z car enthusiasts can look forward to with the production model - a unique sports car that takes its iconic heritage into the modern age.