Then and Now: The History of the Alfa Romeo Giulia

Italian heritage rooted in performance on and off the track 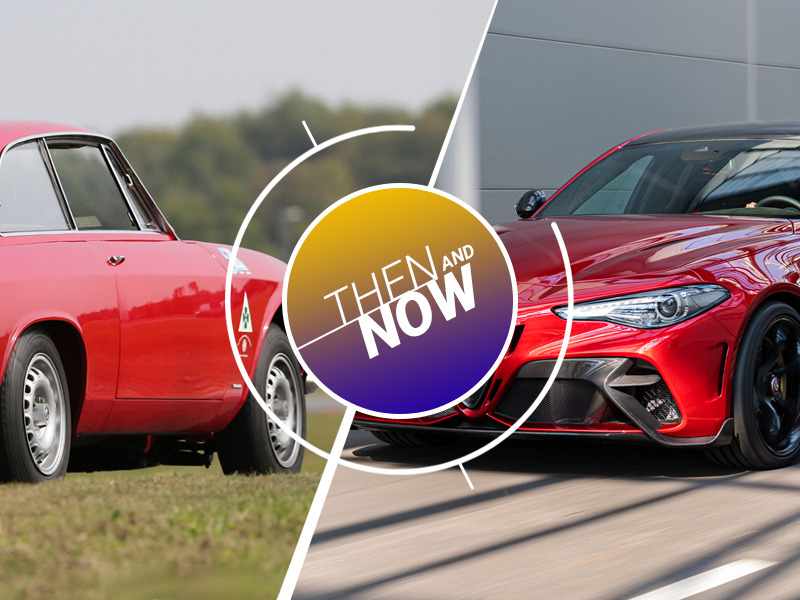 The 2020 Alfa Romeo Giulia epitomizes Italian style and performance, and when outfitted in the performance-focused Quadrifoglio, the Giulia is one of the fastest and most powerful luxury sedans on the market. Although the modern Alfa Romeo Giulia was introduced in 2015 and came back to the U.S. in 2017, the nameplate's heritage goes back to the early 1960s. Now, as Alfa Romeo announces the arrival of an even more powerful Giulia GTA for 2021, we look back at the model's early years as a lightweight and powerful vehicle for both daily driving and racing. 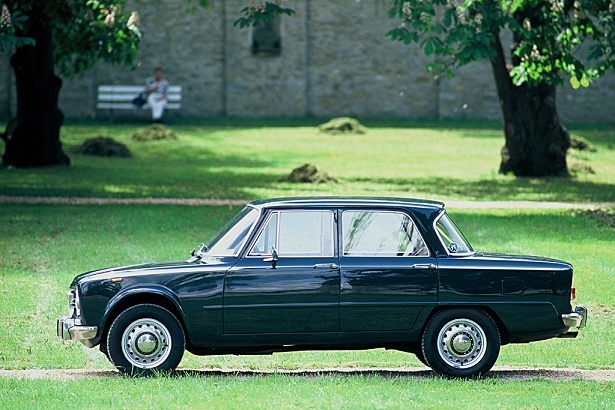 The original Giulia was launched in 1962 becoming the first mass-produced car with a five-speed transmission and one of the first that offered the safety of a body structure that held its shape in the event of a collision. The style-forward car was advertised using the slogan "designed by the wind" to highlight its impressive drag coefficient of .34. This aerodynamic sedan in its first iteration featured a curved windscreen, rounded headlights, a retracted tail, and refined mechanics for optimal speed and handling. 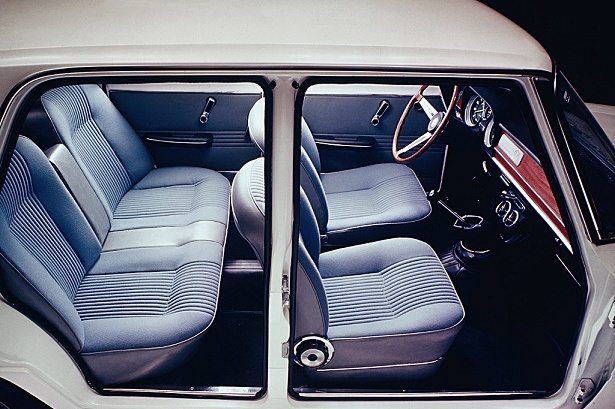 Inside, the early models of the Alfa Romeo Giulia offered seating for 6 with front and rear bench seats. In addition to the performance benefits, the small sedan offered comfort in its surprisingly generous legroom and a rear arm rest. The Giulia's original engine was a 1.6-liter 4-cylinder with 92 horsepower and a top speed of 102 mph. 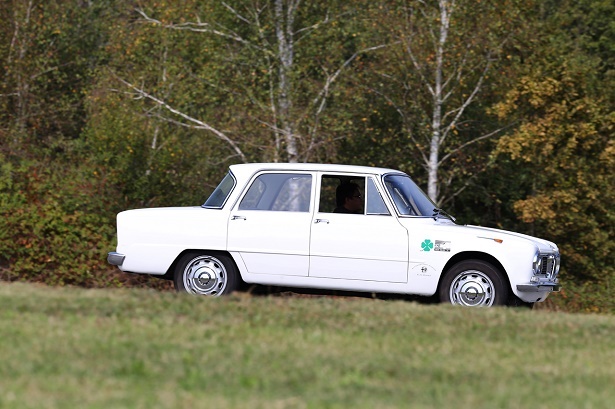 The 112-horsepower TI Super introduced the Giulia to the racing world.

In 1963, the racing-inspired Giulia TI Super made its debut with a 112 horsepower engine and a 118 mph top speed. The original TI Super was produced in limited numbers with all units featuring the same Biancospino White paint and the Quadrifoglio cloverleaf emblem (still found on the Quadrifoglio models today). This performance-focused model quickly garnered the respect of racing drivers and went on to win the 1963 Tour de France Auto. 1963 also saw the introduction of the 1.3-liter Giulia Sprint GT  coupe which paved the way for the arrival of the groundbreaking Sprint GTA in 1965.

1965: The Giulia GTA is Introduced 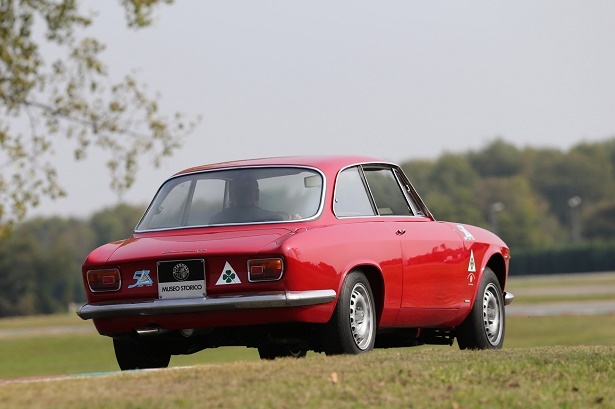 In 1965 a lighter coupé version of the Guilia was created and given the legendary moniker 'GTA'. The acronym GTA stands for “Gran Turismo Alleggerita” (Alleggerita means “lightened” in Italian). Alfa Romeo utilized several strategies to cut the weight of the Giulia Sprint GTA as much as possible. The heavy steel body panels were replaced with lighter aluminum, plexiglass rear and side windows were installed, and all non-essential parts of the interior were removed. These efforts resulted in a weight reduction of nearly 350 lbs.

Under the hood, the GTA sported a new 4-cylinder engine that featured an upgraded head with two spark plugs per cylinder, sportier camshafts, and a pair of twin-barrel carburettors. The result was 115 horsepower, and a top speed of 115 mph. Tweaked by Alfa's racing division, Autodelta, the GTAs reached 170 horsepower and a top speed above 130 mpg. 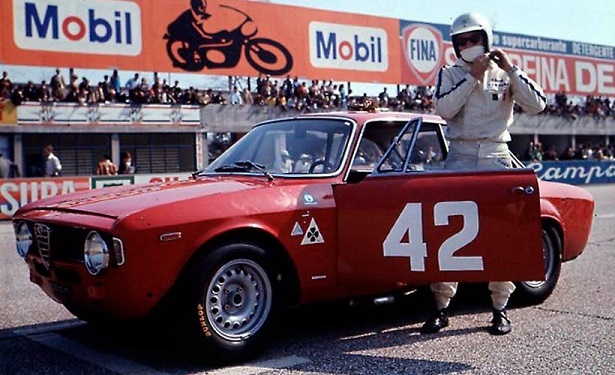 Thanks to its lightweight design, the Giulia GTA dominated the racing world.

Alfa Romeo's efforts to make the Giulia GTA lighter and faster paid off with over 200 racing victories by 1966. The GTA especially excelled in track and uphill races bringing in key titles for drivers like Andrea de Adamich and Spataco Dini who won the European Touring Car Challenge three times between 1966 and 1969, and Ignazio Giunti who won the European Mountain Championship in 1967.

Autodelta once again upped the ante in 1967 by adding two turbochargers to create a GTA-SA model which produced 220 horsepower and a top speed of 150 mph. In 1968, the GTA was followed with an even faster GTA Junior coupe which used Alfa's 1.3-liter engine and an injection system in place of carburettors. The production of the Giulia was continued until 1978, with total sales of the Giulia sedan and coupe topping out at over a million units. 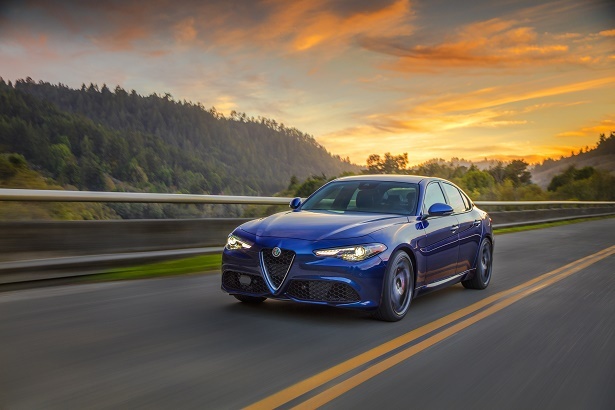 In 2017 Alfa Romeo brought the Giulia nameplate back to the U.S. as its halo model. The Giulia and Giulia Ti featured a 2.0-liter, direct-injection turbo engine with eight-speed automatic transmission offering a standard 280 horsepower and 306 lb.-ft. of torque. The mid-size sedan made its grand appearance with a 0-60 mph in less than 5.1 seconds and a top speed of 149 mph.

The premium and performance-focused Giulia Quadrifoglio boosted the horsepower to 505 and dropped the sedan's 0-60 time down to 3.8 seconds. The Quadrifoglio made its presence known with a record-setting 7:32 lap time around the legendary Nürburgring (the fastest recorded time by a four-door production sedan). On top of record breaking speed, all Giulia models offer a near-perfect 50/50 weight distribution, segment-leading torsional rigidity, and the most direct steering ratio on the market.

2020 and Beyond: The Return of the Legendary GTA 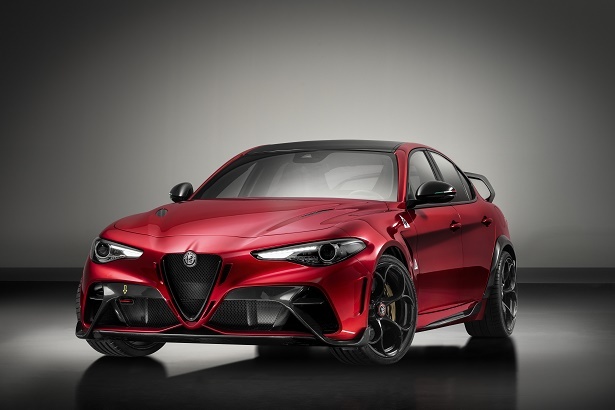 With no major changes to performance for the current model year, the updates to the 2020 Giulia and Giulia Quadrifoglio are mainly found inside. The 2020 model gets a redesigned console offering more storage, a thicker, racing-inspired steering wheel, premium leather-wrapped shifter with contact stitching, and an upgraded premium rotary knob along with laminated glass which improves the overall aesthetic of the cabin. 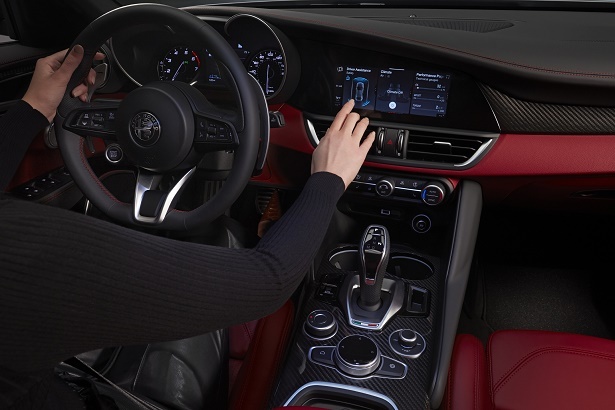 The 2020 Giulia gets upgraded with new tech and safety features.

Nearly all the tech in the 2020 Giulia has been improved including a new standard 8.8-inch touchscreen, a faster processor, and improved graphics for a better experience. User-friendly features are added, including driver-configurable interactive widgets and a better layout allowing for a multi-screen view. The instrument cluster gets a makeover with an all-new design, vehicle information pages, and driver assistance systems. Finally, the all-new safety features include a highway assist system, traffic sign recognition, lane keep assist, active blind spot assist, and driver attention alert, and standard full-speed forward collision warning-plus. 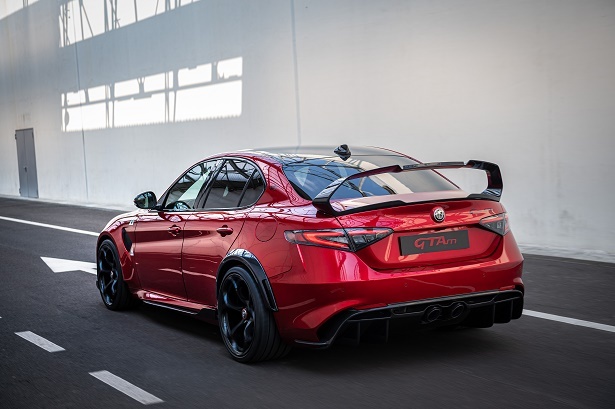 With 540-horsepower and a significant weight reduction of 220 pounds, the GTA boasts a best-in-class weight/power ratio of 2.82 kg/hp. In addition to increased power and reduced weight, the new GTA's aerodynamics, alignment, and handling have all been tweaked for optimal performance, keeping the "designed by the wind" spirit of the original GTA from the 1960s alive and well.