Then and Now: The History of the Ram Power Wagon

The first mass-produced 4x4 truck is even more capable today 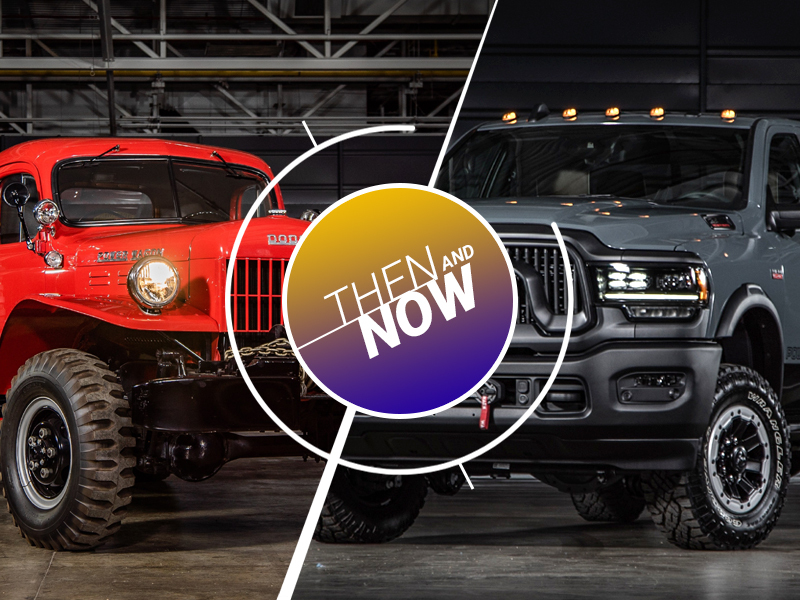 From towing over 10,000 lbs to conquering off-road obstacles, the Ram Power Wagon is as tough as it gets in the HD truck segment. A direct descendant of Dodge's military vehicles used in WWII, the Dodge Power Wagon was redesigned for civilian use and became the nation's first mass-produced 4x4 truck. Today, the Ram Power Wagon celebrates its 75th anniversary with a special edition that honors the early models that came before it. We'll throw it back to the 1940s to show you where this popular big rig originated, and give you the scoop on the new 2021 Ram Power Wagon Anniversary Edition.

Then: The Power Wagon's War-Time Roots 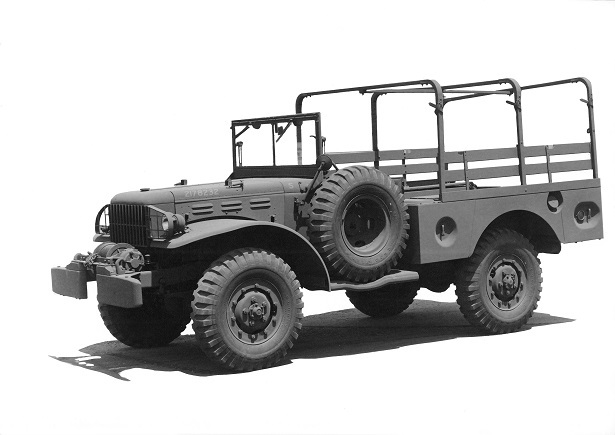 The Power Wagon's roots go back to World War II. Dodge had built 255,000 military vehicles of all body styles ranging from command cars, ambulances, and weapons carriers. These 3/4-ton heavy-duty trucks became popular with U.S. soldiers thanks to their off-road capability that allowed for navigating elements like water, sand, and mud. As the soldiers returned home after the war, there was a growing demand for a rugged civilian vehicle just like the Dodge Weapons Carrier. Dodge answered the call and created the first civilian 4x4 Power Wagon, originally dubbed the WDX. 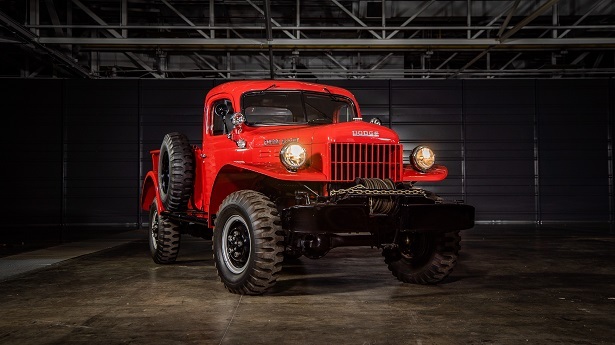 Dodge brought the first civilian Power Wagon to market in March of 1946, and it was originally targeted for commercial use by utility companies and municipalities. The new Power Wagon was also appealing to farmers since they could hook up a plow to the back and use the truck as a mobile power unit to run their farm equipment.

The early Dodge Power Wagon housed a 230-cubic-inch straight-six engine that produced 94 horsepower and 185 lb-ft of torque. The truck featured enclosed cabins, a power take-off, two-speed transfer case, 4-speed manual gearbox, and 4-wheel drive. Although it wasn't the fastest vehicle available, the Power Wagon was popular for its toughness, ease of repair, and longevity. According to Hemmings, The truck remained largely unchanged until 1951 when it received a new pickup bed, increased axle capacities, stiffer springs, new rubber engine, and integrated cab and box mountings among other updates. 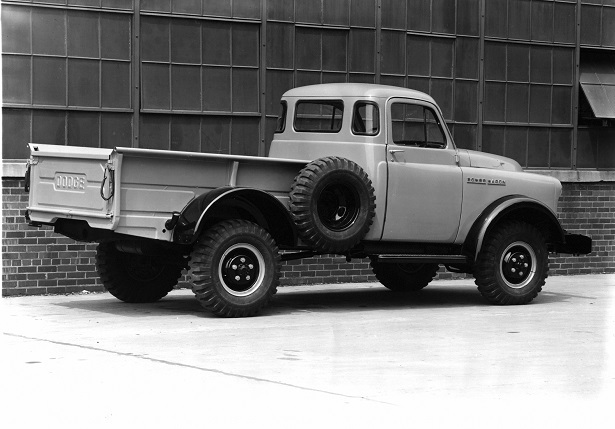 The 1957 Power Wagon gets a more conventional exterior with civilian sheet metal.

In 1957, Dodge introduced a new line of Power Wagons including the W100, W200, W300, W400, and W500. The new truck design used civilian sheet metal for a more conventional look and a broader appeal. The Power Wagon was available as a half-ton and 3/4 ton truck with multiple engine options including a newly introduced V8. 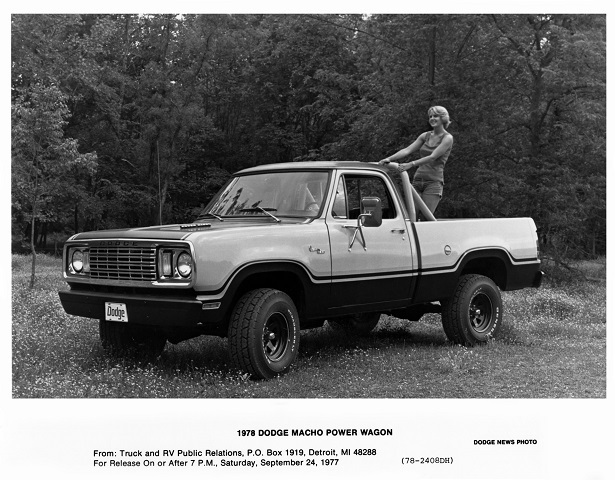 The Power Wagon received a dramatic body change in 1972 that further expanded its appeal as a daily driver for the masses. Thanks to its “Dana 60” 8-lug axles, the Power Wagon became known as the “King of Durability". These trucks were produced until 1980, and after a 25-year hiatus, the Power Wagon made its return in 2005 as the Dodge Ram Power Wagon. Based on the heavy-duty Ram 2500, the new Power Wagon came with a 5.7-liter Hemi V8, 345 horsepower, 375 pound-feet of torque, and the tough 4x4 capability of its predecessors. 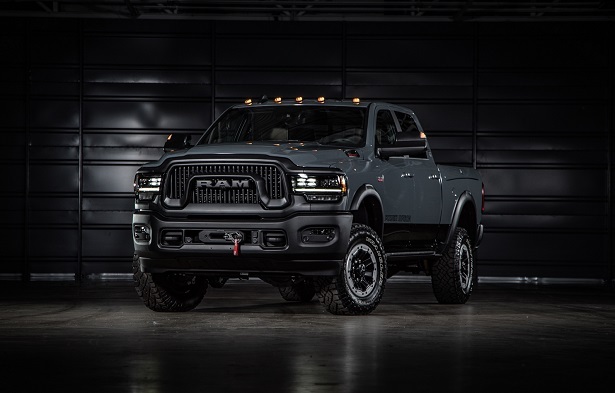 75 years after the introduction of the first civilian Power Wagon, the 2021 Ram Power Wagon maintains its legacy of off-road capability that it was originally built around. To take on the toughest off-road conditions, the Power Wagon features standard equipment including a unique suspension, factory lift, electronic transfer case, locking front and rear differentials, electronic disconnecting front sway bar, and a 12,000-lb. WARN Zeon-12 winch with a synthetic line. A 360-degree camera, with forward-view camera gridlines helps drivers tackle off-road obstacles.

According to Mike Koval Jr., Head of Ram Brand: “the 2021 Ram Power Wagon is the most capable production off-road truck in the industry. There are few vehicles with as long and as rich a history as the Power Wagon and, combined with our new Ram 1500 TRX, the launch of the 75th Anniversary Edition reinforces Ram Truck’s position as the off-road truck leader.” 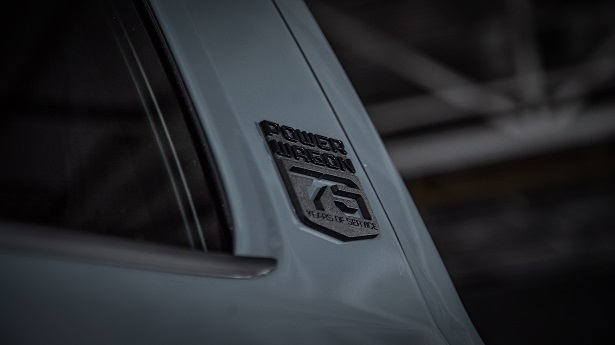 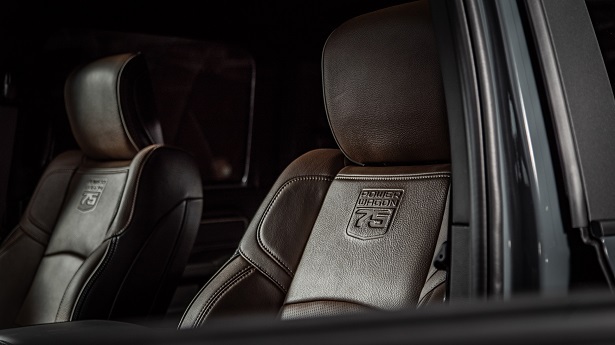 Find Local Discounts on a Ram 2500