4 Reasons Why You Should Choose the Volkswagen ID.4 Over the Tesla Model Y

The ID.4 should prove to be a legitimate contender 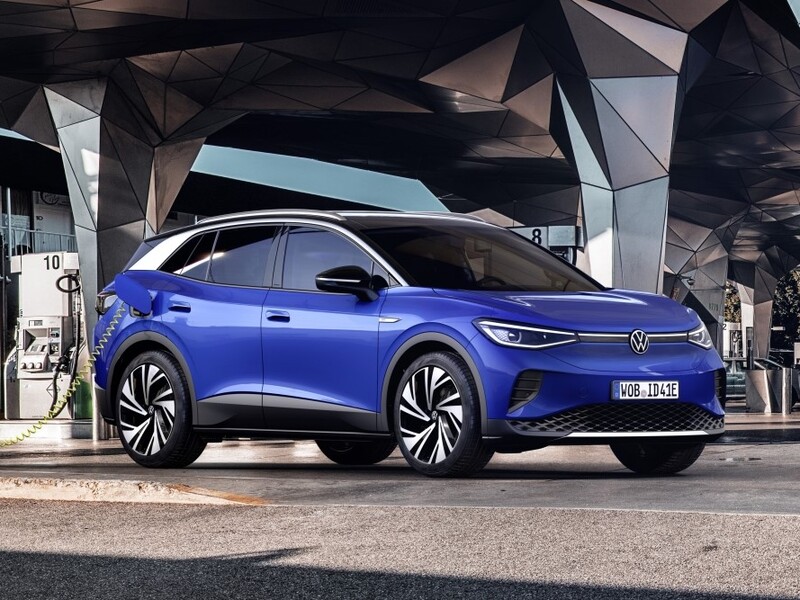 The ID.4 certainly looks better than most of the EVs out there today.

Electric vehicles are no longer a weird niche segment. Automakers have jumped on the bandwagon, and some are even headed towards the majority or total electrification of their lineups within the next decade. Volkswagen plans on spending upwards of $13 billion on the effort to build one million EVs by the year 2023. The ID.4 is its first model based on the modular electric MEB platform. Does the ID.4, however, have what it takes to beat the popular Tesla Model Y? 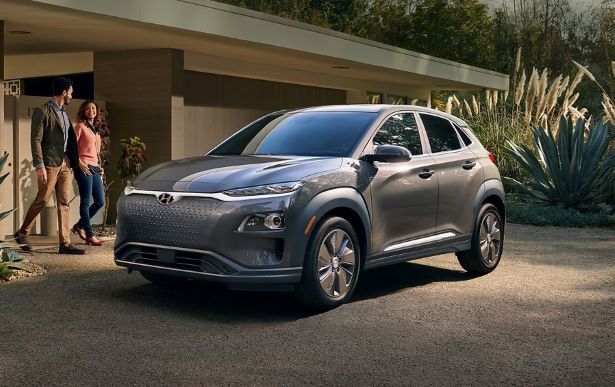 The Hyundai Kona Electric has been a big hit for the South Korean brand. While it might not be very big inside, it does provide 258 miles of EV range and real driving fun.

There are a lot of players in the EV field now. If you're seriously considering going from your current gasoline-powered vehicle to an electric crossover, there are a few serious and well-liked contenders to put on your shopping list. Of course, the Tesla Model Y is the one that's been getting most of the EV crossover sales, as well as the media attention. Here's the shortlist of the most notable models in the segment, all of them pure electric.

So, does the ID.4 hold up in the overall comparison? What about when it goes up against the Tesla Model Y? Here are four important reasons why we think you should choose the VW over the Tesla.

1. It Has Enough Range to Compete 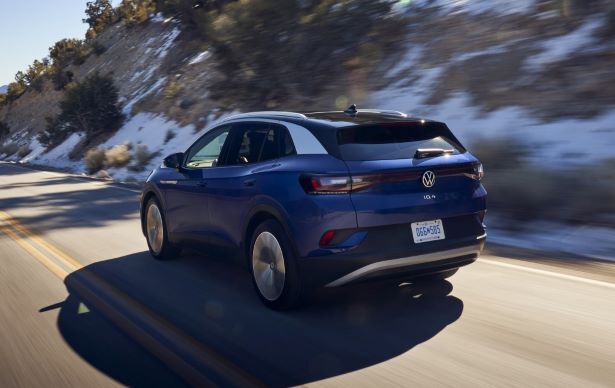 As long as you don't do winter road trips that can sabotage range, the ID.4 should be a respectable long-distance driver, and it should have no problem getting you through the work week commute.

The ID.4 presents a strong case for itself thanks to the very usable range of 250 miles that's about midpack. The average daily commute for American workers is 16 miles each way. That's 160 miles over the course of the five-day workweek, so the ID.4 easily clears the bar without having to charge. Sure, while it's nice to have the Model Y's top range, are you really going to need 326 miles of range, anyway? Most drivers won't have to exploit that much during regular driving.

For the first year, all of the ID.4 models will be rear-wheel drive with 201 horsepower. The 82.0-kWh battery pack has 77.0 kWh available for daily charging, which means that extra reserve is used to maintain the battery's range over a longer life. That's smart thinking that makes its range useful for longer, compared to the Model Y's. That delta could be smaller than you think over time.

2. It Will Likely Be Better Built 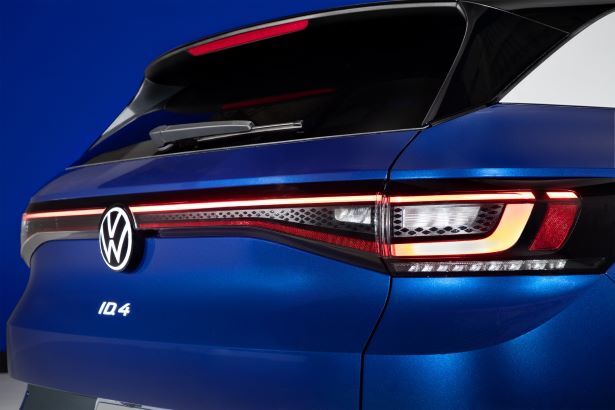 The ID.4's panel gaps look pretty even from what we can tell. We doubt it will have even remotely similar issues that the Model Y has experienced in its first year.

There's no question that the Tesla Model Y has encountered some serious build quality issues, and that could be a boon for the ID.4. The Model Y has suffered some very public scathing criticism about its weird panel gaps, poor paint jobs, loose seat belt anchors, and even detached rear seat cushions. When you put a deposit down a year in advance, and the result doesn't even come close to the level of anticipation, that's a real letdown.

It's gotten to the point that customers are rejecting deliveries or canceling orders altogether. Although VW doesn't have top-notch reliability ratings, they're certainly far better than Tesla's. Plus, VW is working very hard on getting rid of its "Dieselgate" reputation, so it behooves them to build a solidly made ID.4. It sets a precedent for how customers view the rest of VW's EV lineup.

3. It Has More Style and is More Affordable 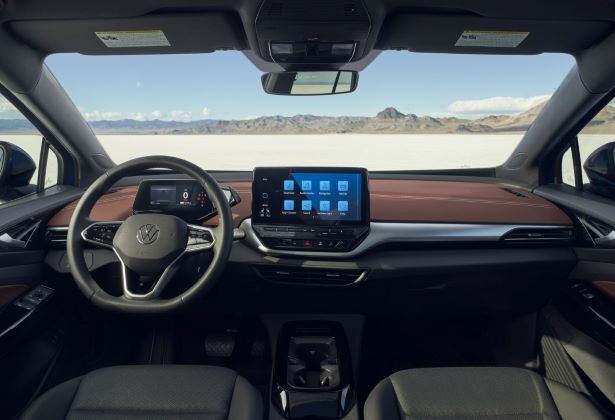 $10,000 is a big difference between the ID.4 and the Model Y. The price, along with projected reliability and styling, may draw customers toward the VW.

As we wrote earlier, the Model Y costs almost $50,000, while the ID.4 starts just under $40,000. Also, keep in mind that the ID.4 qualifies for $7,500 in federal EV tax credits, while Tesla no longer qualifies for tax credits. Tesla has phased out of the program because it has sold more than 200,000 cars. That's almost a $20,000 price difference. Keep in mind that the non-refundable $7,500 tax credit on the ID.4 means the credits are only applicable to the taxes you owe, and if you have more credits than you owe in taxes, you will not receive the difference as payment from the IRS.

Lest you think the ID.4 might be lacking in terms of amenities, think again. First of all, it doesn't rely on a touchscreen/instrument panel in the center of the dash, a configuration not all buyers will like. The ID.4 has a 5.3-inch ID Cockpit located right in front of the steering wheel (where instrumentation should really be). The Model Y has a single 10x15-inch touchscreen located in the center of the dash.

The larger infotainment system has a standard 10-inch screen or an optional 12.0-inch touchscreen on the dash. The ID.4 even has a nifty voice assistant that recognizes the words "Hello ID" to wake it up. Built into the car's navigation system is routing that can add charging points, so you never have to look them up. A fancy (and useful touch) is the ID Light that spans the dash It can be used to indicate when the driver assistance system is on, when the vehicle is locked, as well as show battery status during charging and even give nav turn indications. 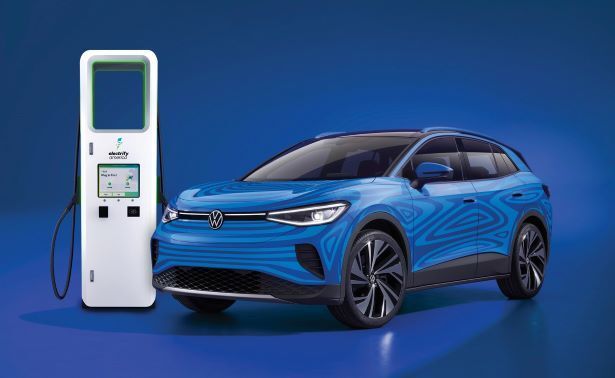 This is a deal that's hard to beat. Electrify America is a large and growing network.

Unlike the Model Y, which no longer provides a year of free supercharging on the Tesla network for a year (it ended in December of 2020 as part of an incentive to meet sales goals), Volkswagen announced that the ID.4 will come with three years of free charging from Electrify America. The ID.4 can even accept DC fast-charging up to 125 kW. It can go from a meager 5 percent all the way to 80 percent in about 38 minutes.

If you're concerned about charging locations, Electrify America has over 500 locations nationwide with over 2,200 charging units. While that number doesn't approach the 2,000 stations and 20,000 charging units of Tesla, at least you won't have to pay to charge up your ID.4 for three whole years. That's on top of what you're saving on the price of the vehicle. If we assume charging the ID.4 costs about $10 per full charge, and you charge once per week, that's a savings of about $1,560 over three years.

So, the ID.4 makes sense in a lot of ways. It has a practical and useful EV range, its build quality should be better than Tesla's, and you get free charging for the first three years of ownership. We didn't even get to its features, space, and driving dynamics, which we'll be better suited to talk about once we've driven it. All we know is that it's a welcomed member into the segment and one we'd consider for our own family.