Why EVs Thrive in Norway, and Should America Take Notes? 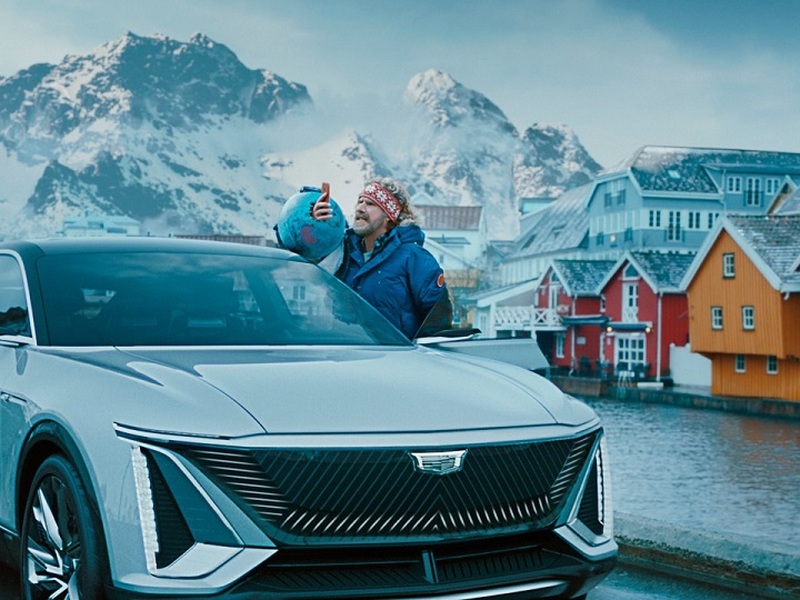 This Super Bowl ad got us thinking - why does Norway like EVs so much? (image: GM)

There weren't many Super Bowl commercials that caught our attention this year, but GM's "No Way Norway" spot featuring Will Ferrell piqued our interest. The lighthearted commercial plugs GM's new Ultium Battery and the automaker's plan to bring 30 new EVs to market by 2025. The ad begins with Ferrell learning that Norway has more EVs per capita than the U.S. and then follows him on his journey to give the Norwegians a piece of his mind.

Not only is the commercial entertaining thanks to Ferrell's antics, but it also had a surprising (and memorable) message  - Norway really is beating the U.S. in EV sales, by a lot. After fact-checking Ferrell's claim, we found that while the population of the United States is 61 times larger than that of the small nordic country, the U.S. only sold three times the number of electric cars in 2020.

Despite GM's efforts to promote its mission to move toward zero-emissions in the clever Super Bowl commercial, the automaker ironically doesn't sell any EVs in Norway. Audi leads as the best-selling brand, causing Audi Norway to fire back with an equally entertaining series of response ads to GM's humorous "attack" on the country. 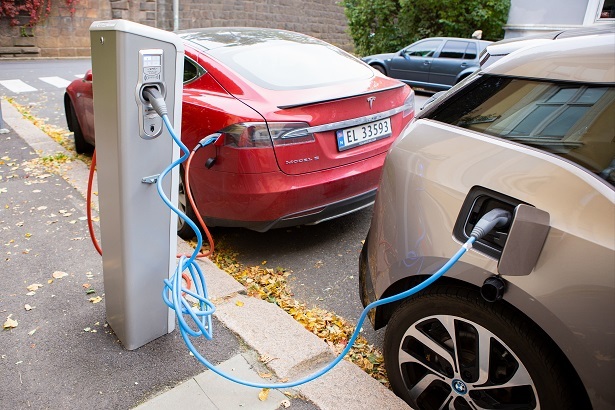 Just how drastic of a breakaway lead does Norway have in the EV race? According to MSN, Norway saw 76,789 all-electric cars sold in 2020. This accounts for 54.3% of all new vehicles sold in Norway last year. Additionally, 28,905 plug-in hybrids were sold, comprising 20.4% of the Norwegian automobile market. Here in the U.S., we saw sales of around 325,000 electric and plug-in hybrid models during 2020. This accounts for approximately 4% of all new vehicles sold in the U.S., a pittance by comparison. 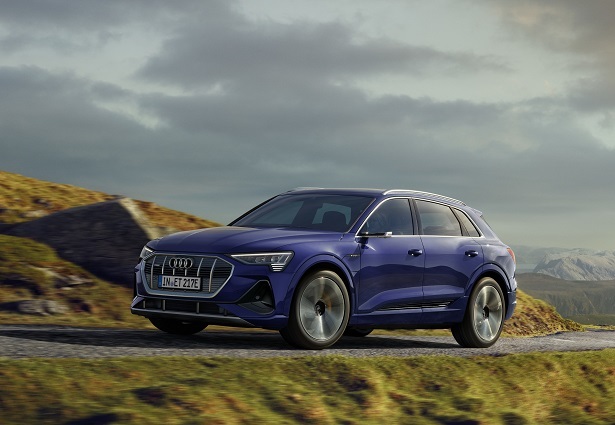 While the Tesla Model 3 is the best-selling EV in the world, the Audi e-tron dominates in Norway. (image: Audi)

Will Ferrell's battle cry, "We're coming for you Norway!" is ironic because it's not GM, but Audi that claims the top spot for best-selling EV in Norway. The all-electric Audi e-tron crossover took the lead in 2020, followed by the Tesla Model 3 and the Volkswagen I.D.3. And the e-tron can't even approach the Model 3's range numbers (222 miles vs. 353 miles).

It's not just the U.S. that trails Norway in EV adoption. The small country with a population of just under 5.5 million also leads the world. Norway has a larger proportion of EVs to total vehicles sold compared to anywhere else on the globe and this willingness to adopt the new technology didn't happen spontaneously. The country's EV success is a result of long-term, strategic efforts by the Norwegian government.

Why is Norway so Far Ahead? 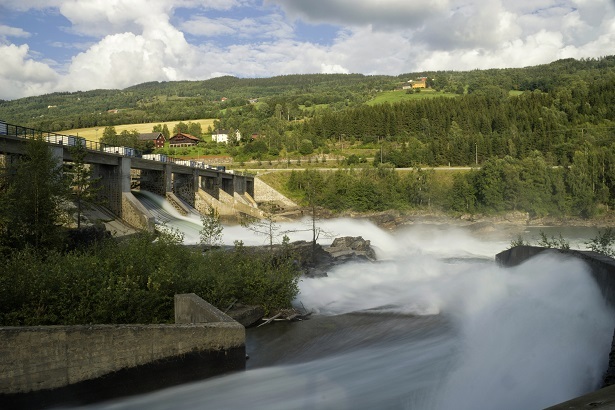 Do Norwegians have some weird obsession with plugging their cars in every day? Or are Norway's citizens more concerned about the environment than those of any other country? The answer to these questions is, probably not. Instead, the disproportionate popularity of electric vehicles comes down to several factors including Norway's access to hydropower energy, aggressive government incentives, and infrastructure that allows EVs to be more environmentally friendly, affordable, and convenient.

According to Forbes, almost all of Norway's domestic energy comes from hydropower thanks in part to its geography and the numerous waterfalls around the country. This makes the switch to EVs more environmentally friendly than in places that rely heavily on coal. 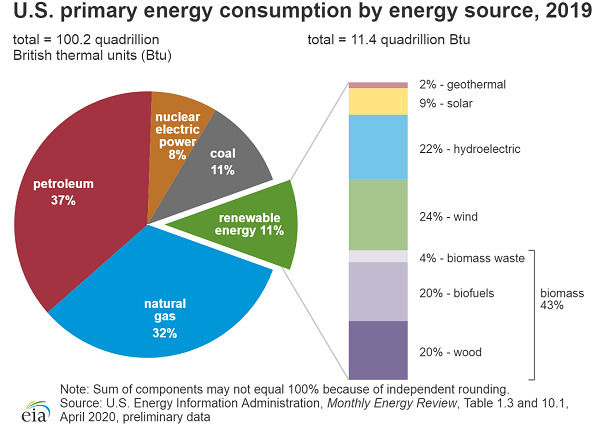 Compared to Norway, renewable energy accounts for a much smaller portion of total energy consumption in the U.S. (Graph: EIA)

"For most countries, the first phase of the green shift is the transition from coal to renewables. Thanks to our waterfalls, Norway has already entered the next phase: How can we use our clean energy to electrify other sectors? We need to replace the fossil fuels used in other sectors with clean electricity to mitigate global warming..." said Prime Minister, Erna Solberg

With a lofty goal of ending the sales of fossil-fueled cars by 2025, Norway's government has been aggressive with incentives and infrastructure changes to help citizens adopt electric vehicles. EV incentives began back in 1990 and by the end of the decade, EV owners enjoyed lower road tax, waived charges for using toll roads, and free parking. 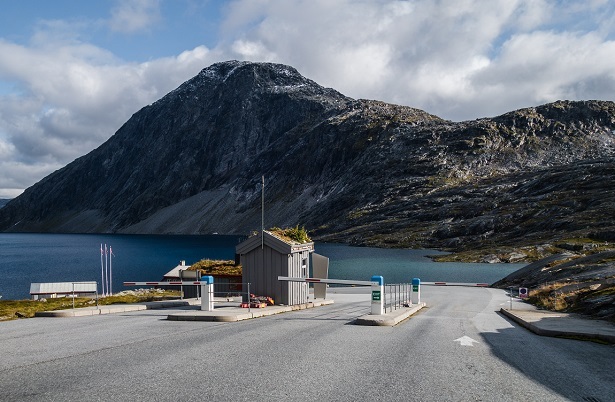 EV drivers get reduced toll fees in Norway, a unique incentive to choose a battery-powered car.

These incentives were significant, and by all accounts, very effective. In 2001, a 25% sales tax was removed from new EV purchases making them more affordable than gas-powered cars. On top of the purchase incentives, drivers were allowed to freely use bus lanes and take prime parking spots reserved for battery-powered cars.

Once the incentives were in-place and drivers started taking advantage, Norway implemented an equally aggressive strategy with charging infrastructure. The country committed to a goal of one fast-charging station every 31 miles on major highways, and currently has over 15,000 public chargers available across the country. Even though Norway's population is only 1% of the European Union, the public charging stations account for about 8% of those across the EU. Although Norway's charging infrastructure was initiated by the government, it is now being taken over by private companies. 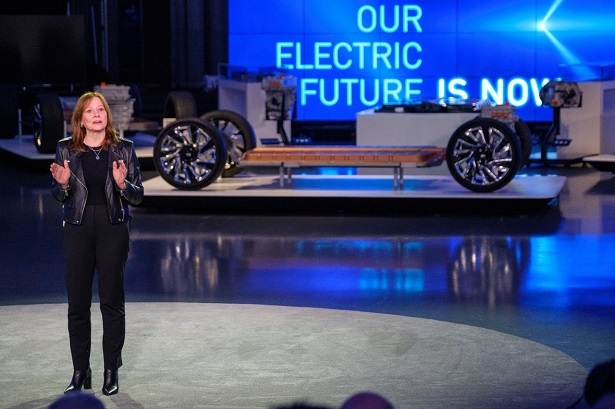 U.S. automakers are talking a big game when it comes to the future of electrification. General Motors recently stated it wants to be carbon neutral by 2040 and plans to make mostly electric vehicles by 2035. Meanwhile, Ford announced a $29 billion investment in EVs and autonomous vehicles through 2025. Despite these lofty goals, there are signs that the U.S. and its drivers aren't entirely ready to make the switch. Other than Tesla, no automaker has yet seen tremendous success with an EV in the states, and according to Car and Driver, EV sales in 2019 actually fell compared to 2018.

Can the U.S. simply copy Norway's blueprint for successful EV adoption? According to Christina Bu, secretary-general of the Norwegian Electric Vehicle Association, the rest of the world can't read off  Norway's script word-for-word because of the unique nuances in each country. However, she believes countries can implement certain parts of the strategy to move in the right direction, "there are elements to consider, such as bus lane access or free public parking that don’t cost much. Instead of raising taxes, countries like Sweden are about to shift car taxes onto higher polluting vehicles, so the overall tax take remains the same while encouraging more people into EVs".

Reducing the cost of EV ownership and eliminating barriers with tax incentives, priority parking, and discounts on tolls is a good start. However, the real challenge comes in providing charging infrastructure to accommodate future EVs like the Cadillac Lyriq or Ford Mustang. After all, what good is access to a bus lane, free parking, or reduced tolls if your car has a dead battery?