Will the Redesigned 2022 Nissan Pathfinder Bring Customers Back?

The current generation was not exactly a hit 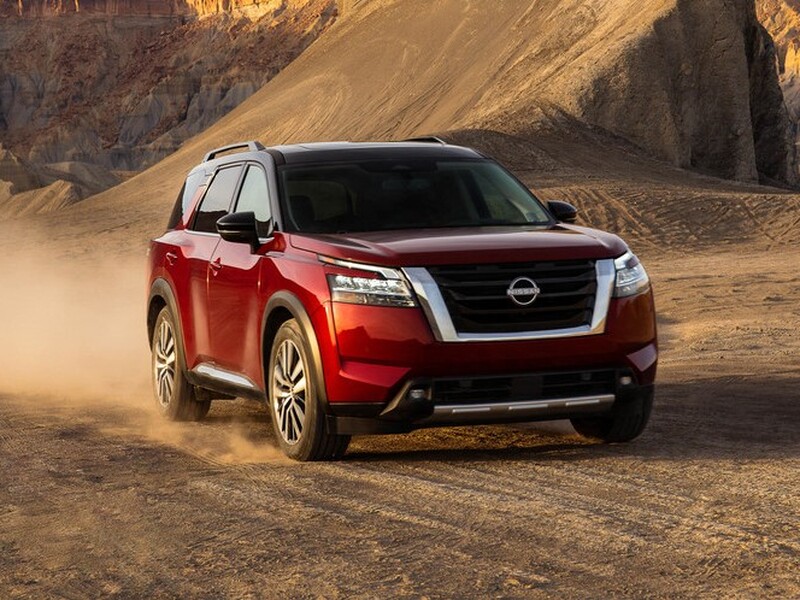 No longer a snoozer of an SUV.

The fifth-generation 2022 Nissan Pathfinder is a ground-up redesign, and thank goodness because the current one needs a big change. Okay, the 2021 Pathfinder will suit most owners, but there's nothing particularly appealing about it. Sure, its Anti-Gravity seats are awesome and it can tow 6,000 pounds. It's also easy to drive. but that's not enough to set it apart, especially when the driving experience is a snoozer, and it's not especially good to look at. That's not a good thing in the ultra-competitive midsize three-row SUV segment. From what we can tell, the brand did some serious introspection and did the new Pathfinder up right. 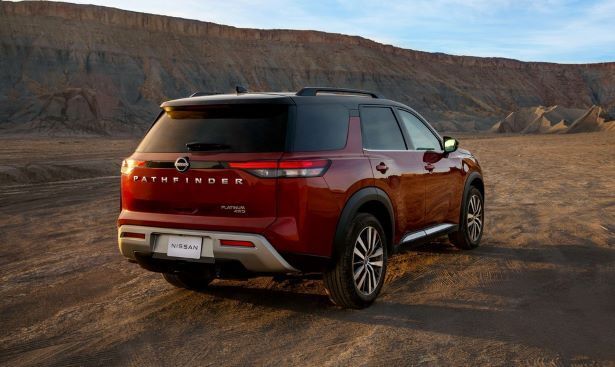 The 2022 Pathfinder cuts a new path, diverging from the softness of the current model.

Okay, so diehards can complain that neither the current nor the new 2022 Pathfinder uses rugged body-on-frame (think light-duty pickup truck here) construction, but the new Pathfinder at least looks the part of a more capable SUV than the rather soft fourth-gen Pathfinder. While it might not return to the body-on-frame construction like the third-gen Pathfinder did, it it seems like the new design will capture more buyers who want the vehicle to look less like a bloated station wagon and more like an SUV. 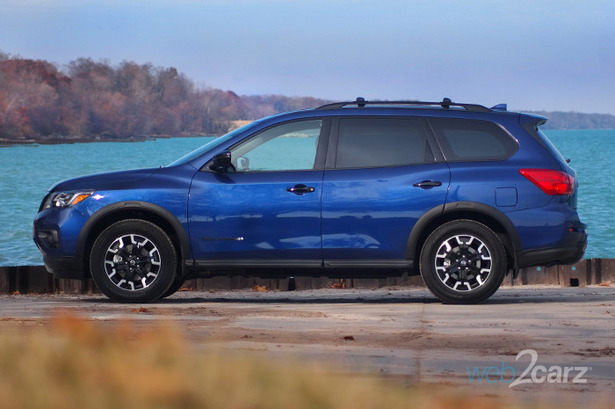 The current Pathfinder looks kinda like a Subaru wagon. Ick.

While the fourth-gen Pathfinder is rounded and looks low-riding, the new one has a boxier shape with more squared-off front and rear fascias. The headlights and grille of the 2022 Pathfinder come straight from the new Frontier, and it pays off with a more aggressive look and a distinct lighting signature that makes the outgoing Pathfinder look rather conventional. This is the trend, after all. More automakers are redesigning/refreshing their vehicles to look tougher, most notably the Toyota RAV4, Honda Ridgeline, Kia Carnival (formerly Sedona), and let's not forget Nissan's own Rogue and Frontier. 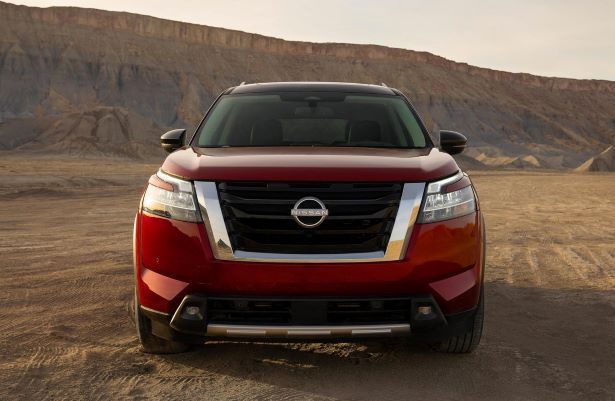 The V-Motion grille is bigger, and the notched headlights are prominent. It looks all trucky.

The back of the new Pathfinder is about as different from the current model's as the front is. The bulbous taillights and the rounded rear glass on the 2021 Pathfinder get traded for thinner taillight units, and rear glass that has straight lines framing the top and bottom. "Pathfinder" lettering is bold and spans most of the tailgate, while the license plate frame moves down between the reflectors. This gives it much more of an SUV-like look versus the tall wagon appearance of the old Pathfinder. The difference is significant. 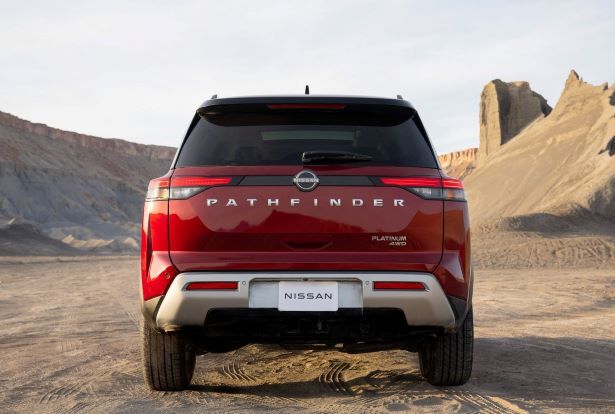 One more notable aspect of the Pathfinder is the loss of the rather unexciting CVT in favor of a new nine-speed automatic transmission, which will hopefully provide better shifting response. The engine remains the same, a 284-hp 3.5-liter V-6 from the outgoing Pathfinder. It's a decent engine with enough grunt to provide good acceleration, but we have yet to see what the new vehicle weighs. Should buyers choose to upgrade from the standard front-wheel drive setup, the optional all-wheel drive system provides seven drive modes, including Sand and Mud/Rut modes. The new Pathfinder will also, thankfully, be able to tow up to 6,000 pounds. 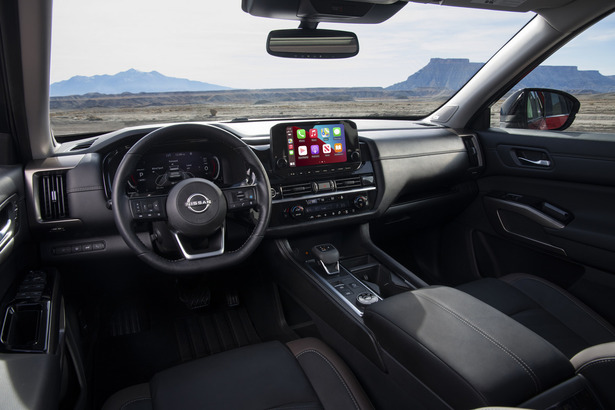 The new interior is eons ahead of the old one.

We're happy to report that Nissan is departing from its bloated interior design in favor of one that's more modern and truck-like (that's no longer an insult). The new interior ditches the in-dash infotainment system and the rather confusing control cluster in the center stack.  Even the center console and shifter look upscale and almost German in design. The second row has optional Captain's chairs, and the new Pathfinder also gets more in-cabin storage. 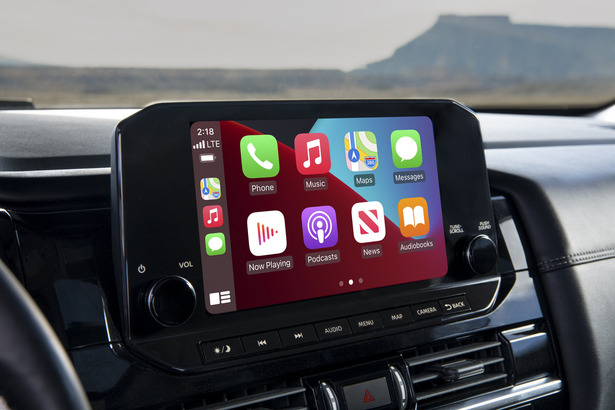 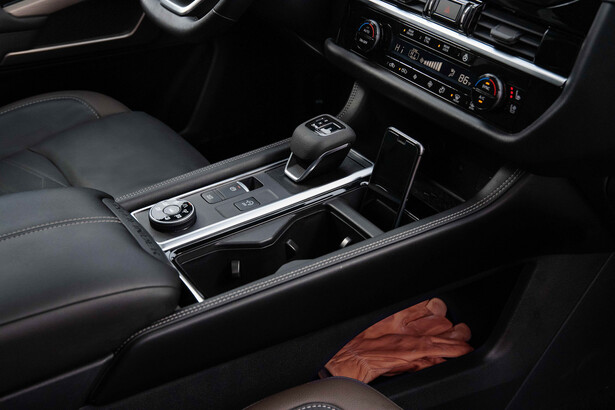 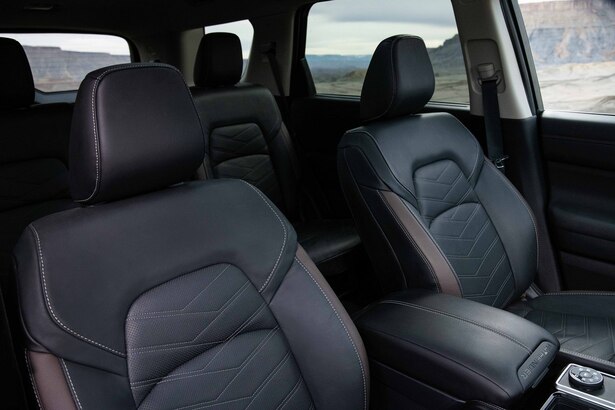 The new Pathfinder goes on sale this summer, and as the months close in, we'll know more about additional features, performance, pricing, and fuel economy. The good news is that buyers will no longer have to cringe when looking at the Pathfinder since it will look better, feel better inside, and hopefully drive better than the outgoing model. It should finally prove to be competitive within the segment against the likes of the Toyota Highlander, Subaru Ascent, and the Hyundai Palisade.