The 5 Best Manual Transmission Cars in 2022

A dying breed that has our undying affection 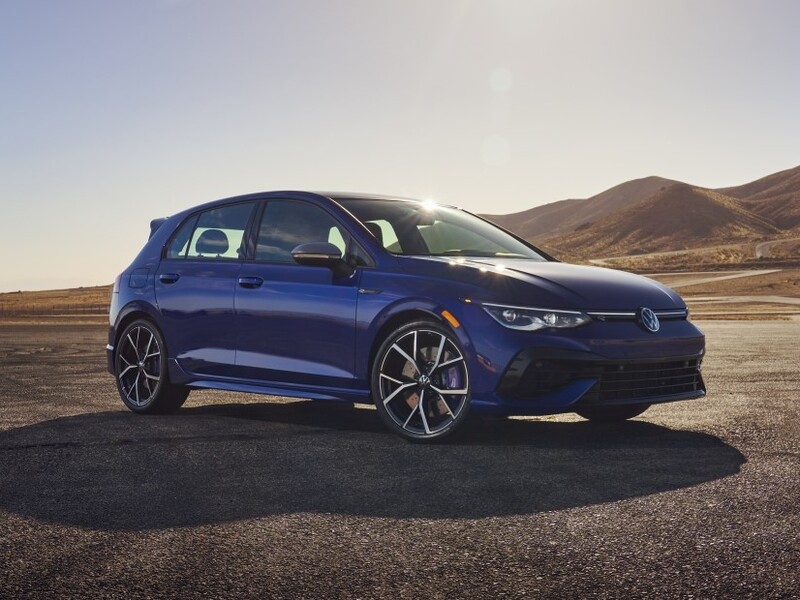 It seems every year that passes, a few more manual transmission cars get killed off. Nobody wants to learn how to drive them. Instead, more and more car buyers think "screw skills" and simply want tech to do everything for them. The result is that we get stupid crap like CVTs, more crossovers, and more slushboxes that are about as fun to drive as a bar of soap on wheels. But there's hope for those of us who love to rope our own gears, as thin as that hope is, and it comes in the form of some great manual transmission cars that are still for sale today. 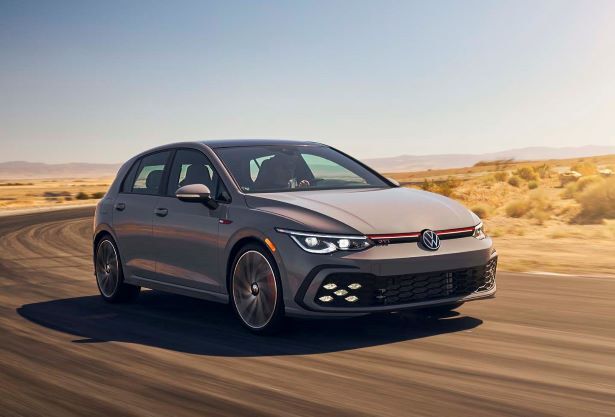 Okay, so the regular Golf is now gone from our shores. Even that low-powered hatchback was fun to drive because of the great steering and chassis. Kudos to VW for not just continuing to build the GTI and Golf R but for giving them a proper and timely redesign. The new 2022 GTI and Golf R upgrade the models with more power, better handling, improved styling, and more current in-car tech. We haven't driven either of these new models yet, but the last-generation Golf GTI and Golf R were absolute joys to drive, and the 2022 versions are supposed to be even better.

The GTI ($30,540 base MSRP) is now the most powerful ever with 241 horses from a 2.0-liter turbocharged 4-cylinder. It also boasts a standard electronically controlled limited-slip differential and brake-based torque vectoring, along with available adaptive dampers. And then there's that sweet-shifting 6-speed manual transmission. You can opt for the excellent seven-speed dual-clutch automatic, but it's the stick shift we would go for all day long.

Get a Good Deal on the Volkswagen Golf GTI 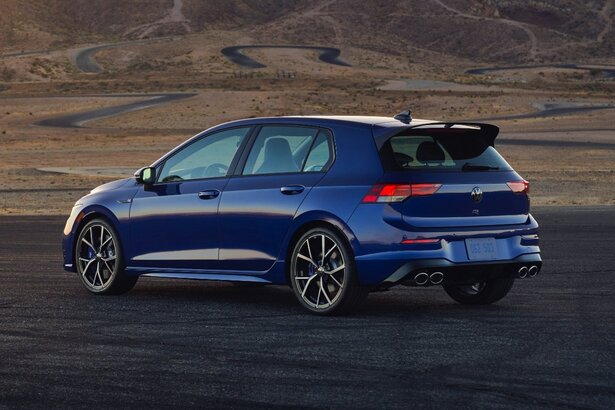 The all-wheel drive Golf R is the brand's affordable supercar. Okay, so it'll still cost you $43,645 base MSRP but what you get for the money is bonkers. 315 horses gets squeezed out of the turbocharged four-banger, and there's also a R-Performance package that sharpens the throttle, shifts quicker, and manages the 15-position electronically controlled dampers. The last Golf R had 292 horses, and that thing accelerated strongly at highways speeds. The new Golf R should be that much better, partly because it also gets a revised all-wheel-drive system that has a pair of electronically controlled clutches that can employ Drift mode. And yes, a six-speed manual comes standard. Wahoo.

Get a Good Deal on the Volkswagen Golf R 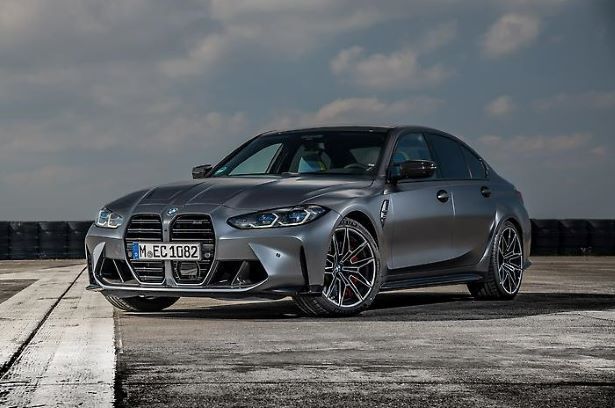 We dare you to find anyone who likes the enormous kidney grilles on the 2022 BMW M3 ($69,900 base MSRP) and M4 ($71,800 base MSRP). But BMW themselves said “in design, it’s not about the product being pretty or ugly. It’s about really making a statement and being unmistakably just one product.” Okay, whatever. At least the rest of the vehicles' styling elements look good and express the power within very well. M cars have always been scintillating to drive, and the new one might just be the best to drive (if not the best looking). Just try to set your drive mode and forget it since the choices are dizzying.

Get a Good Deal on the BMW M3 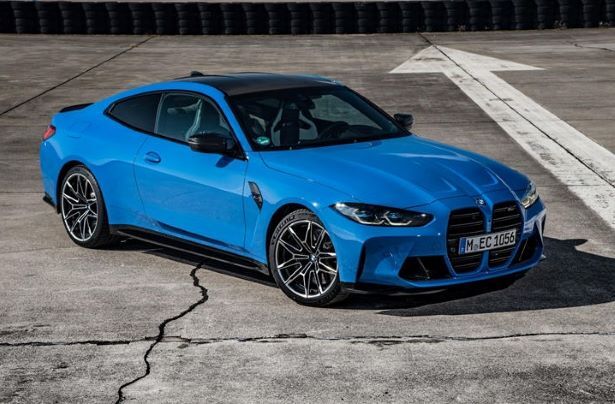 The M3 and M4 both churn out between 473 and 503 horsepower, depending on trim. They're both outfitted with twin-turbocharged 3.0-liter inline-six mills, and you can choose between two doors (M4) or four doors (M3). You can opt for xDrive in either car, but then you have to be happy with an automatic transmission. Stock is the six-speed manual, which would be our choice, anyway. Performance is at supercar levels with 0-60 arriving in under three seconds for Competition models. Just make sure you get one soon because rumor has it that BMW M cars will lose their manual gearboxes soon.

Get a Good Deal on the BMW M4 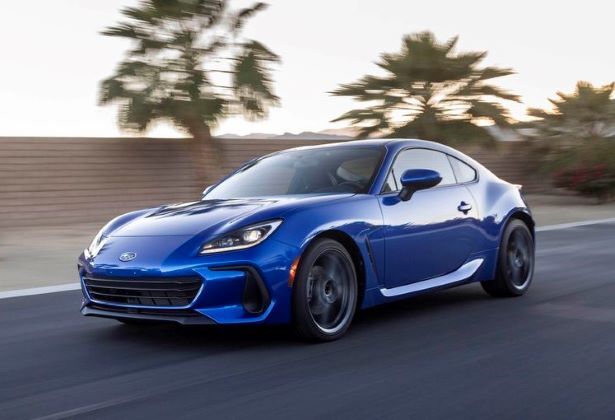 To be honest, we didn't think either of these cars would see a second generation. They're sister cars with two-seats (the rear seats are practically useless), rear-wheel drive, firm suspension, and barely any trunk space (this year's model has 6.3 cubic feet, down from last year's already paltry 6.9 cubes). But enthusiasts have spoken, and both brands want to continue to offer an affordable sports car. We have yet to drive the new ones, but the last generation BRZ and 86 were a thrill to drive at 10/10ths. They're also both very reasonable in terms of price with the GR 86 at $27,700 base MSRP and the BRZ at a hair more at $27,995 base MSRP.

Get a Good Deal on the Subaru BRZ 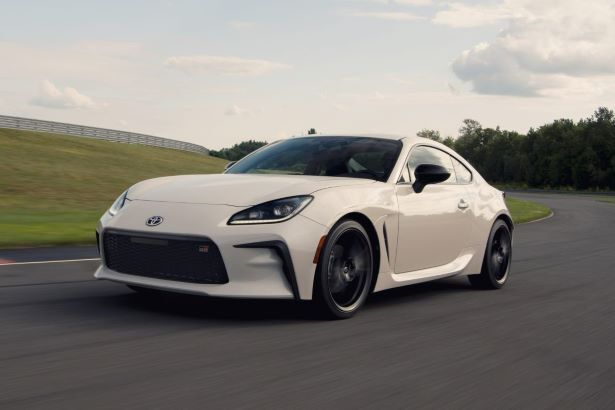 Both sporty coupes get a 2.4-liter boxer four-cylinder engine that delivers 228 hp and 184 lb-ft of torque, but they're different from each other in terms of engine tuning to provide different driving experiences. Even the styling is a tad different with the GR 86 opting for a simpler front fascia. Regardless which one you get, make sure to go with the 6-speed manual transmission to maximize the car's potential and fun quotient.

Get a Good Deal on the Toyota GR 86 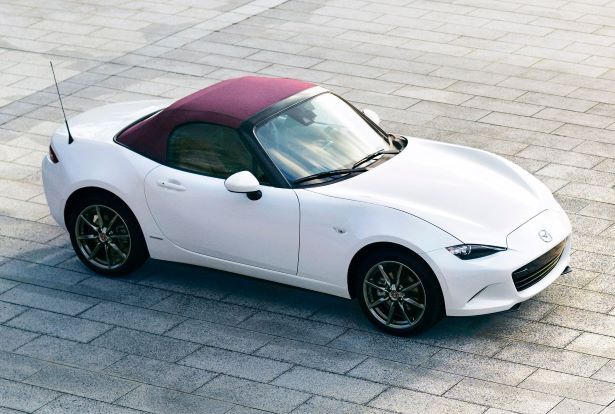 The Miata is, quite literally, the best-selling roadster in history. Since its inception, the little Japanese convertible roadster has sold in the millions. No other affordable sports car even comes close, and the current generation is the best yet. Hell, the thing isn't even turbocharged, but Mazda has been able to extract 181 horses from its little 2.0-liter four-cylinder engine.

While that doesn't seem like a lot, it's the excellent chassis and suspension, the lightness (2,300+ pounds), and the great six-speed manual shifter that bring the driving fun home. You can wring the hell of the well-engineered and high-revving SKYACTIV engine. Under more conservative driving, the Miata even gets an impressive 30 mpg in combined driving.

Get a Good Deal on the Mazda MX-5 Miata 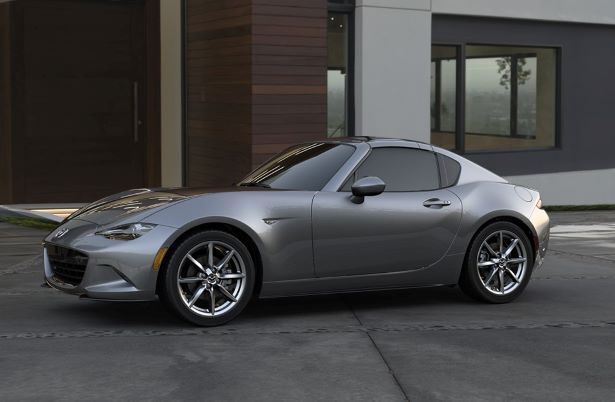 If you're reluctant to get a soft-top, opt for our favorite version, the RF (Retractable Fastback). Not only is it just as good to drive as the regular Miata, but it also provides additional security, great sound-deadening, good weather protection, and near exotic-car looks. Both cars have double wishbone front suspension, multi-link rear suspension, LED headlights/taillights, and a limited-slip differential (in Club and Grand Touring trims). But the most important part, at least to us, is the short-throw stick.

Get a Good Deal on the Mazda MX-5 Miata RF 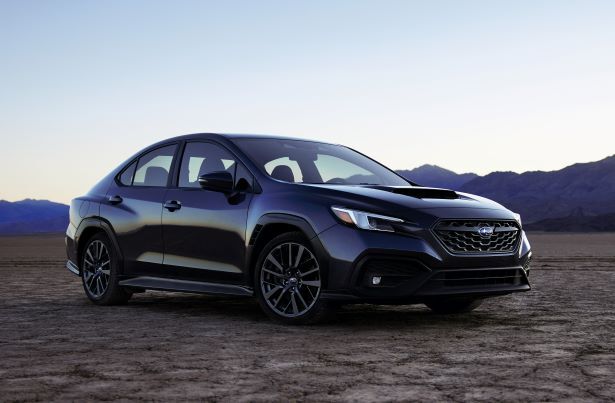 Okay, so we haven't actually driven the WRX (approx. $30,000 base MSRP) yet. It's coming to us in a couple of weeks, so we'll give you our full impressions. The bad news is that it's not exactly a looker. Many have criticized its weird styling and overuse of black plastic all over. More bad news comes in the form of a CVT for the automatic version, but who cares since you should only get the stick.

The good news is that it should prove to be quicker, handle better, and have more linear torque on tap. The engine is a new turbocharged 2.4-liter flat-four-cylinder engine that delivers 271 horsepower and 258 lb-ft of torque. That's only three more than last year's version, but by all accounts, you'll be able to feel the difference. It's supposed to be smooth, more refined, and more fun. A WRX STI (rendering above by Arnold Verghese) with as much as 305 horsepower is on its way later in the year, and a six-speed manual will come standard. Oh yeah.

Get a Good Deal on the Subaru WRX