It's the vehicle we want for our own family 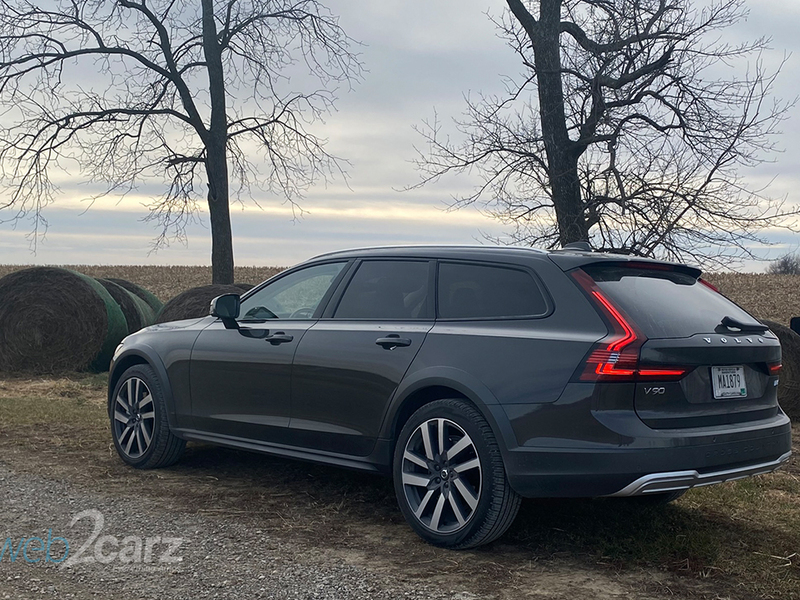 The V90 Cross Country has just about everything we want in a family car.

Suffice it to say that almost no one noticed when Volvo nixed its V90 station wagon last year. We're one of the few, we imagine, and we were sad to see it go. The good news is that Volvo is still committed to building its stilted sibling, the V90 Cross Country in a market that doesn't care about station wagons unless it's the Subaru Outback, which is really just a tall wagon. It seems if you add some ground clearance and call it a crossover, Americans still want it, which is both sad and funny, all at once. But enough about our gripes. 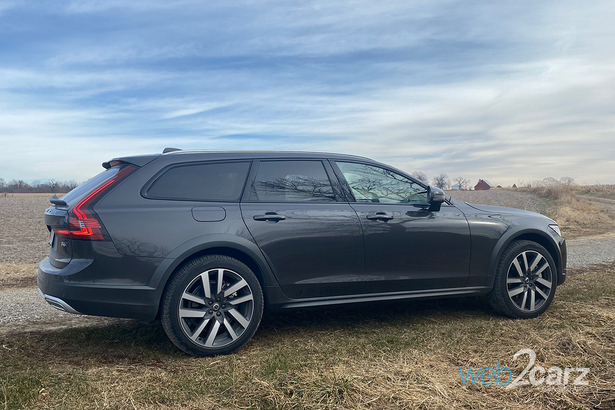 The Cross Country looks more refined than the model ever has.

The V90 Cross Country follows the same formula and gets its ride height elevated from 6.0 inches (in the V90) to a healthy 8.3 inches. That's almost as much clearance as the Subaru Outback's 8.7 inches, but the V90 is more upscale and looks way, way better. Volvo handed us the keys to a 2022 V90 Cross Country B6 AWD to give it the full beans, and we very quickly fell in love. 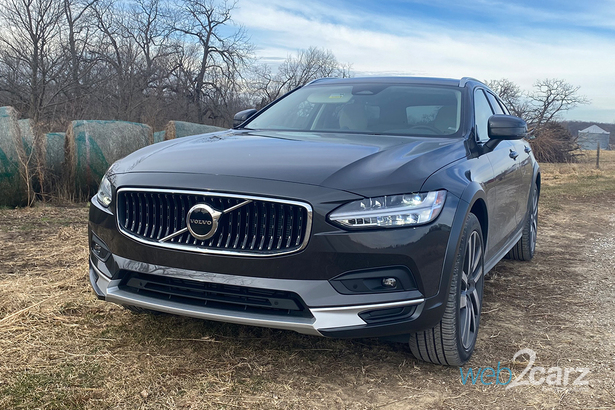 When the V90 Cross Country was dropped off at our office, we thought it was the regular V90 whose production ended for the North American market at the end of 2021. The dark paint and the body cladding nearly matched, and it just looked damned good. But we double-checked the Monroney sticker and reaffirmed that it was, in fact, the V90 Cross Country.  The ground clearance might be elevated by a couple of inches, but the body is so long and sexy, it was hard to tell the difference. The badging, indeed, says "Cross Country". 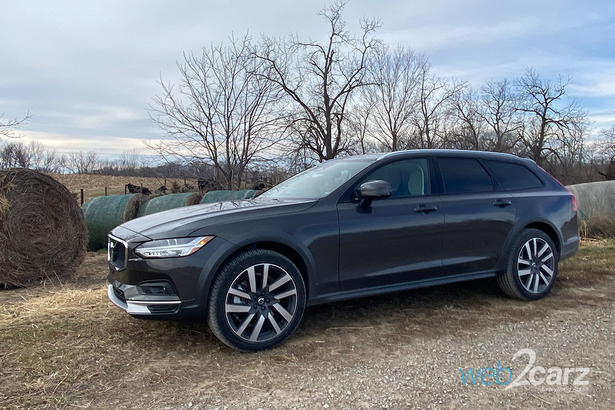 From every angle, the V90 Cross Country is alluring. We dare anyone to criticize its looks. The big shield grille is, thankfully, not so massive that it dominates the front fascia. The sleek Thor's Hammer headlights lead to a nicely creased body and quite possibly one of the best back ends in the business, punctuated by elegant taillights and a nicely raked D-pillar. 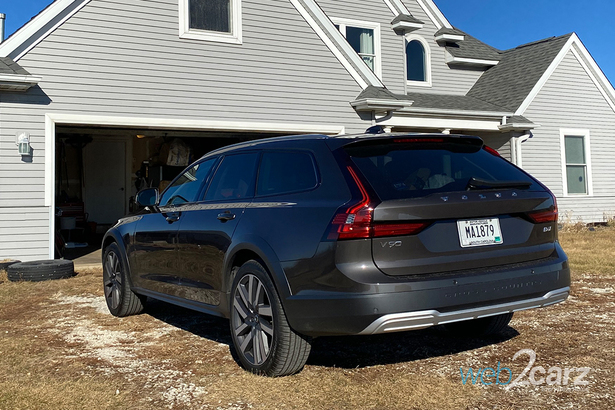 The front and rear overhangs are short enough to give the V90 CC a nicely menacing stance that's more evocative of two-door British shooting brakes than the boxy Volvo station wagons of old (which still have a special place in our hearts). Because of the way the body is styled with only a couple of character lines (one above the door handles that extends from the leading edge of the hood all the way back to the taillights and one between the wheels just above the rocker panel), the V90 CC looks very long and elegant. 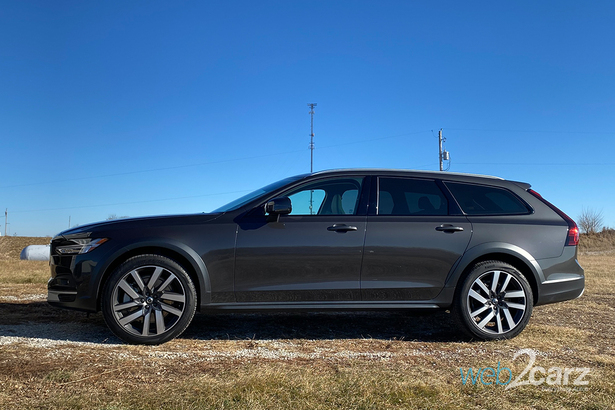 There's also a total absence of chrome along the sides of the V90 CC, and it really only shows up in the front fascia and the lettering on the liftgate. The result is a sportier-looking wagon. In fact, there's really not much silver on the car at all. Only the rear valence shows silver trim at the very bottom of the rear fascia. The body-colored door handles also contribute to this look. We love the 5-split spoke wheels that strike just the right balance between sporty and rugged.

A Cabin for Artists and Architects 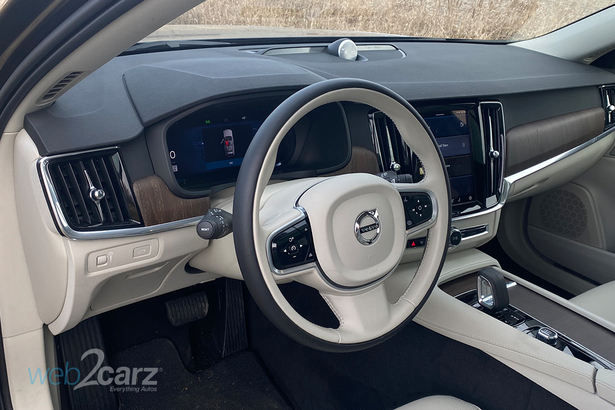 We've always raved about the current generation of Volvo interiors. They look like no other vehicle interiors on the market today, and that's tough to execute well. The use of upscale materials like matte wood trim, aluminum, and two-tone leather surfaces make for a stunning cabin that's as nice as anything in the premium segment today. The styling of the curved dash trim, the flat edge on the top of the dash, the bladed air vents, and the elegant center console all contribute to an interior that's at the top of its game. 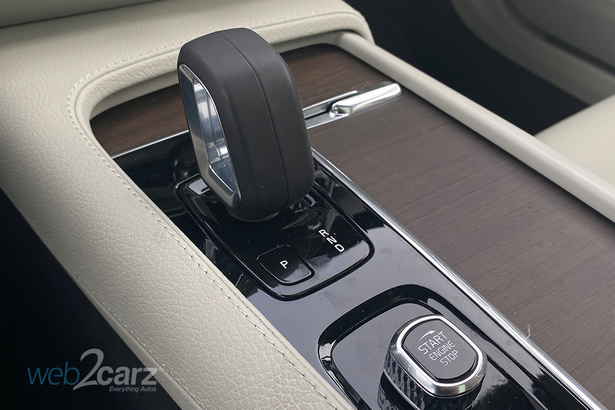 We do lament the use of piano black, which seems to be in just about every premium or near-premium vehicle these days. It picks up dust and fingerprints like a magnet and rarely looks clean. Too bad Volvo didn't use wood on the rest of the center console surrounding the shift knob and the ignition knob, as well as for the framing around the infotainment touchscreen. It really is our only gripe with the V90 CC interior. 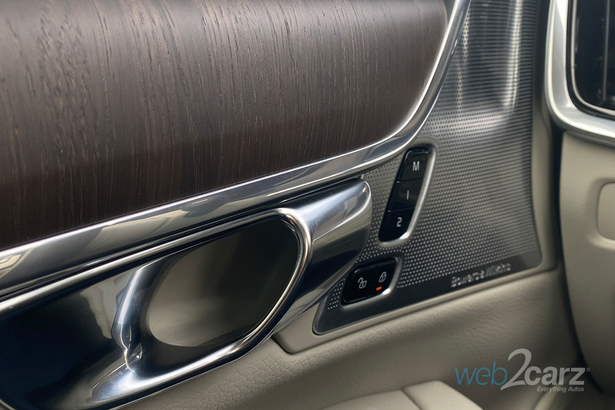 Even the aluminum door handle, the metal mesh on the door speakers, and the wood trim on the door panel have been meticulously crafted. The only other vehicle that looks and feels this good is the Lexus LC 500 coupe. Volvo did a masterful job with the interior, and we can see why the V90 CC commands a significant price. There's a lot of opulence going on here, and the Cross Country would look just as at home on polo playing fields as it does here in Illinois farm country.

The Volvo Sensus system was revolutionary in what it tried to accomplish when it first came out in the 2015 Volvo XC90 crossover, but it wasn't very good to use. There was simply too much lag, and the menus were far too complicated for a system that eschewed most of the physical control buttons for vehicle operations. All that changes with the new system that ditches the Sensus name and simply adopts Google OS for its system. The upgrade is tremendous, and everything is simpler to use. 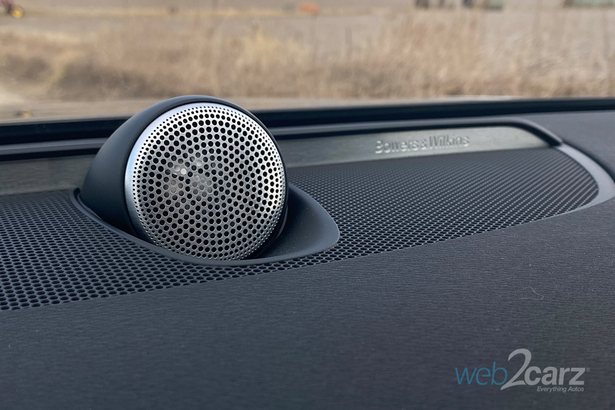 It controls pretty much all vehicle functions except for cruise control, exterior lights, and wipers. Google Maps is built-in and works seamlessly, and the masterful (and pricey at $4,000) Bowers & Wilkins premium audio system has excellent sound adjustability through the 12.3" touchscreen. The result of the new Google OS transforms the infotainment system from a frustrating but handsome setup to one that's both easy to use and easy on the eyes.

Less Power But Still Enough to Enjoy the Drive 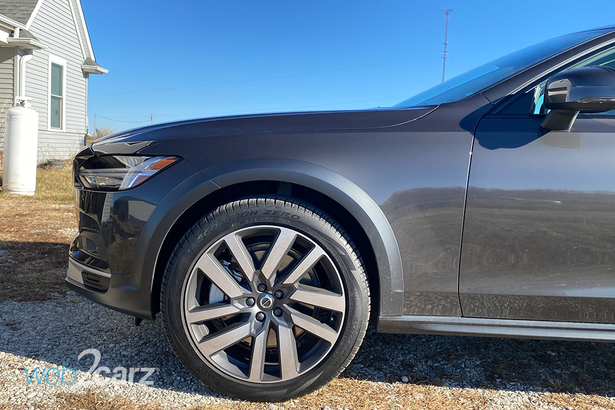 The Cross Country isn't a rocket, but it's quick enough. For 2022, it actually swaps out mills: a new B6 powertrain that ditches supercharging and mates a 48-volt hybrid system turbocharged four-cylinder engine. Its 295 horses are down 21 horsepower compared to last year's turbocharged-and-supercharged four-cylinder, but we found it plenty quick to move our family of five and a packed cargo section. 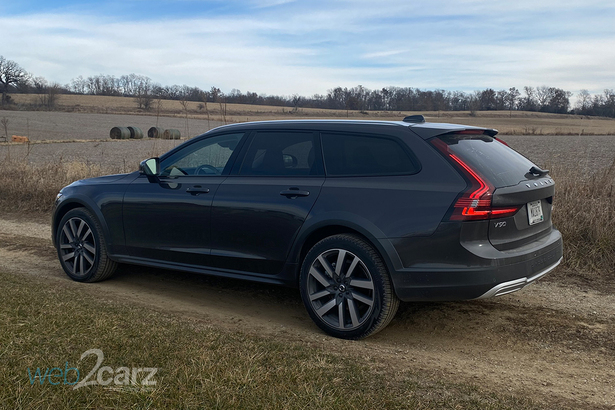 0-60 mph comes in a very respectable 5.9 seconds, which is pretty good. Torque actually jumps by 15 foot pounds. We were surprised that the CC only weighs 4,213 pounds. That's quite a bit less than the Audi A6 allroad's 4,486 pounds and the Mercedes-Benz E450 4MATIC All-Terrain wagon's 4,530 pound curb weight. The V90 CC has less power than either of those (362 hp in the All-Terrain, 335 in the allroad), but the V90 CC corners well and has a very comfortable ride that never felt harsh, even on the hardpack dirt trails on which we drove. 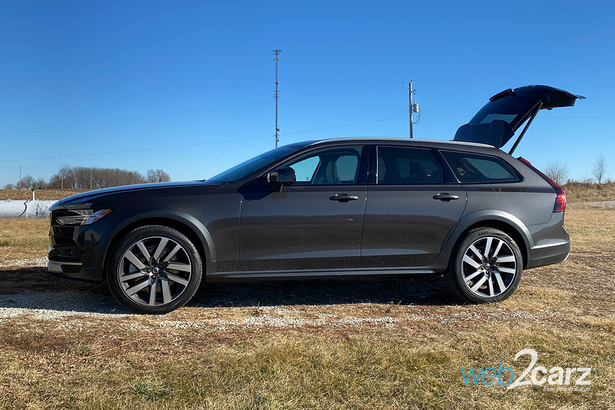 The V90 Cross Country is, literally, one of our favorite vehicles that's for sale today. Everyone seems to want big crossovers that are ponderous to drive and are generally not very attractive nor fun to drive. What you get in the Volvo V90 Cross Country is standard AWD, handsome styling that looks like nothing else on the road, good performance, great in-car tech, and ample space for kids and cargo. It's just too bad it doesn't sell better because it really is a truly great family car. It's one I would pony up for as my next family vehicle. My kids gave it the thumbs up, even though they really want a minivan. I have to put my foot down somewhere.

Find a Good Deal on the Volvo V90 Cross Country