The 2018 Honda Accord Won the North American Car of The Year, and We Take a Look Back

Honda's sedan has pretty much always been a winner 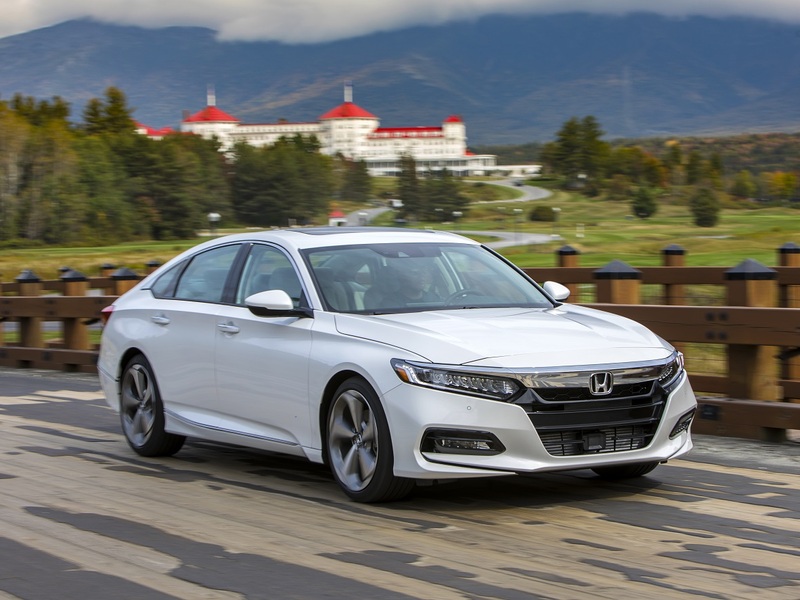 The 2018 Honda Accord is an award-winning car for a reason.

In 1976, Honda introduced a car that would go on to change the automotive industry forever, the Accord. Since its very beginning, the car was a hit, and the Accord has racked up countless awards and accolades over the years. It has earned a reputation as one of the best and most reliable nameplates in the industry. Recently, Honda came out with the all-new 2018 Accord, and we loved it when we drove it. We obviously weren't the only ones who liked it because the car was awarded North American Car of the Year for 2018 in Detroit. We thought that meant we should take a look back through the model’s history. 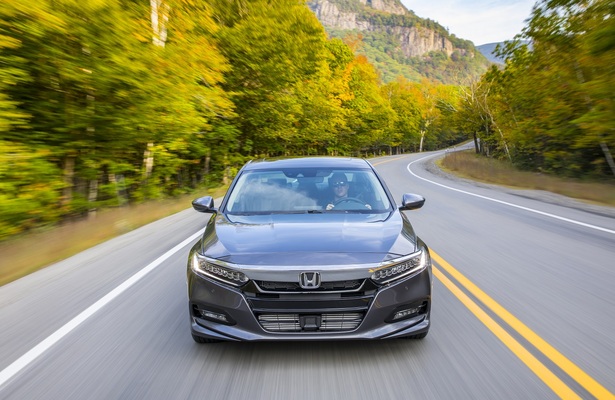 Anyone looking for a sedan has probably considered an Accord and with the sheer volume of models that Honda has sold, just about everyone has a story and usually a fond memory about one. The Accord is an automotive icon of the regular, hardworking person. It’s been built in the United States since the 1980s and is as at home in the American landscape as fast-food cheeseburgers and Friday night football. That’s pretty good for a car produced by a Japanese company that started out as a compact hatchback. 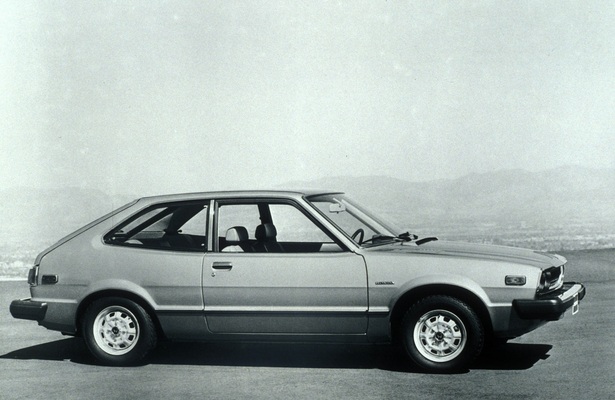 The very first Accord came in 1976 as a three-door hatchback. The model was powered by a 1.6-liter four-cylinder engine that made 68 hp. A few years later the company added a four-door sedan option and by the end of the first generation, you could get a luxury SE trim. In 1980, Honda bumped the engine size up to 1.8-liters. 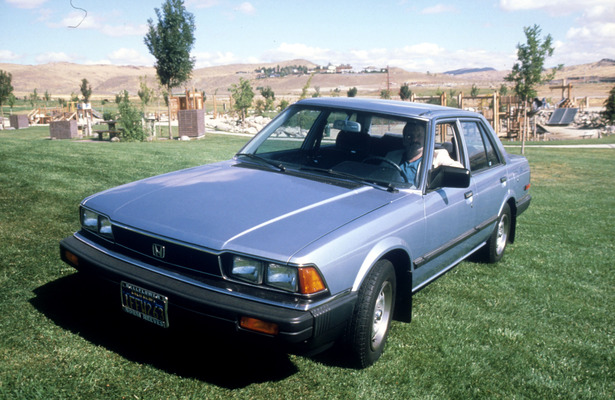 With the second generation of the car came U.S. production. The company was the first Japanese automaker to produce a car in the U.S. Honda dramatically redesigned the car, giving it rectangular headlights and a more boxy shape overall. The transmission was improved and the 1.8-liter four-cylinder engine now made 86 hp. The second generation also started the model's reign as the best-selling car from a Japanese company, a distinction that lasted until 1997. 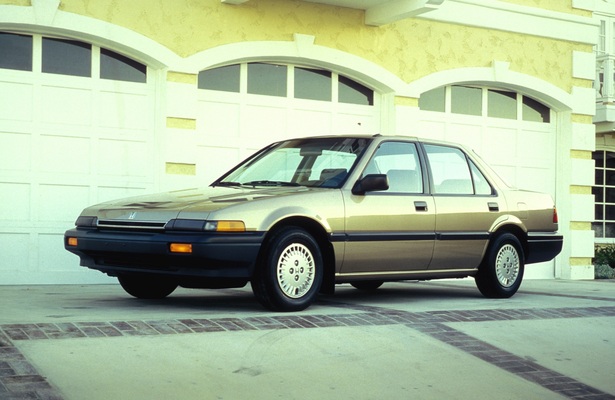 The third generation brought a more striking exterior with flip-up headlights and a more tapered nose. It also grew in overall size, making it more comfortable and practical. Engine displacement increased to 2.0-liters and the power plant now produced 100 hp. The three-door hatchback disappeared from the American market, but a sporty coupe replaced the model. 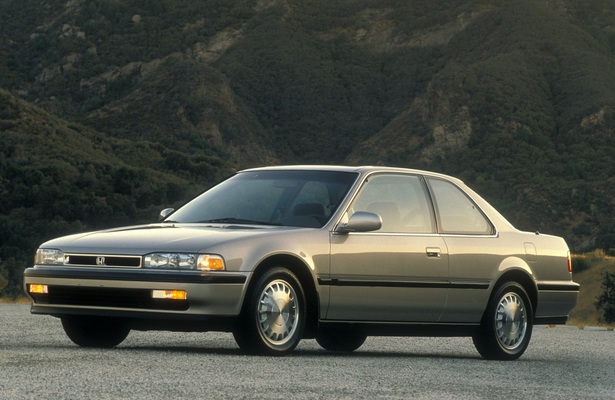 For the fourth generation, Honda chose to tone things down a little rounding some of the edges and making the car larger and a little softer than previous generations. Honda also added fuel injection as standard equipment. The car also came with safety improvements mid-cycle including a driver’s side airbag. For 1990 and 1992 the Accord was the best-selling car in America. 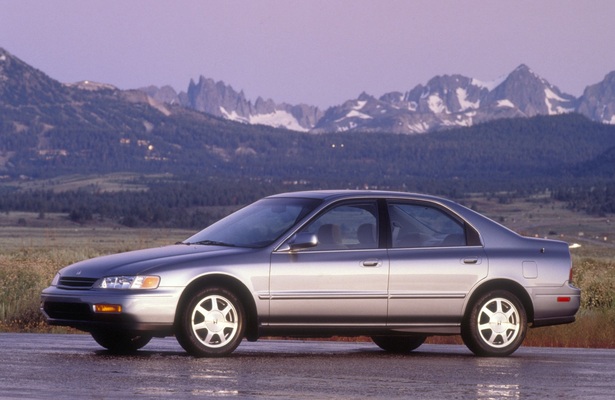 The fifth-gen Accord was further restyled and redesigned to be more aerodynamic and sleek. Dual airbags were standard across the lineup and the car was made more comfortable and safe overall. Power output for the base model was 130 hp, and in 1995 Honda added a V6 option that produced 170 hp. 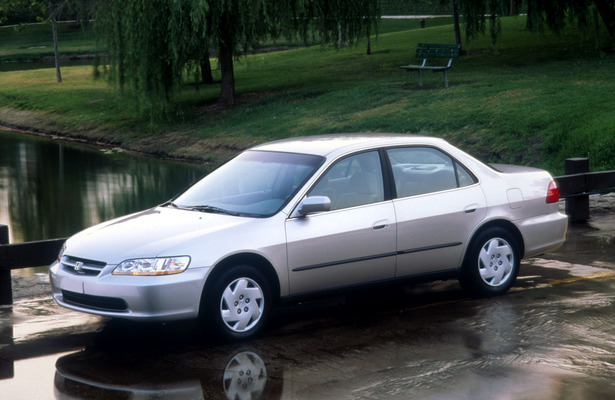 Honda decided to make the Accord bigger for the sixth-generation car (1998 – 2002), bumping it up to a mid-size sedan. This enhanced interior comfort levels and further improved practicality for family car shoppers. The Accord’s reputation and helped it continue to be a success in a new segment. Power improved to 150 hp with the four-cylinder and 200 hp with the V6. Additional technology was added, too, remote keyless entry, ABS, and traction control. The sixth-gen Accord was also the first Super Ultra Low Emissions Vehicle in California. 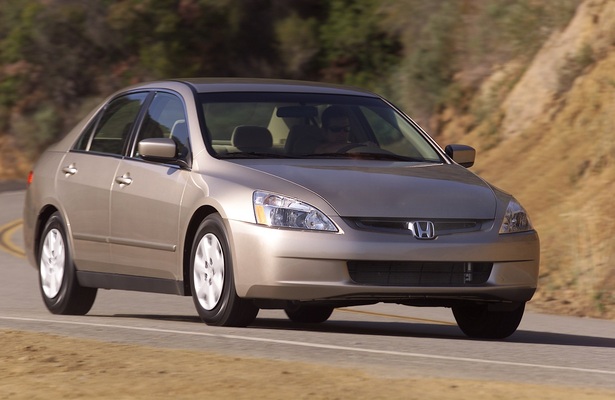 The seventh-generation Accord continued the nameplates evolution with a 160 hp four-cylinder engine or a 240 hp V6. Honda offered three transmission options, including both a five and six-speed manual. Technology and safety features were improved, but the big news was the Accord hybrid, which debuted in 2005. 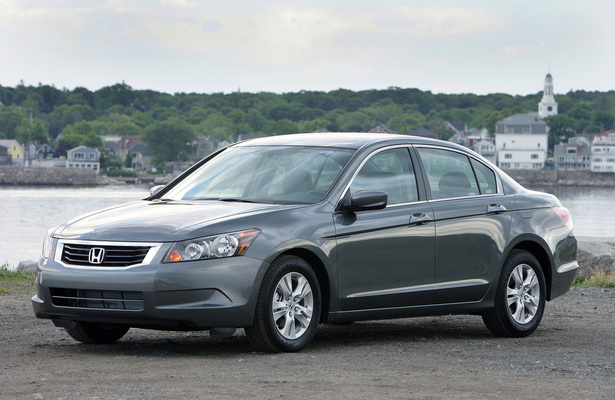 For the eighth-generation Accord, Honda truly brought the car into the modern age with sleek styling, and more safety and technology features than ever before. It was also the biggest and heaviest the car had ever been. Power was increased to 177 hp for the base four-cylinder and 271 hp for the V6 model. 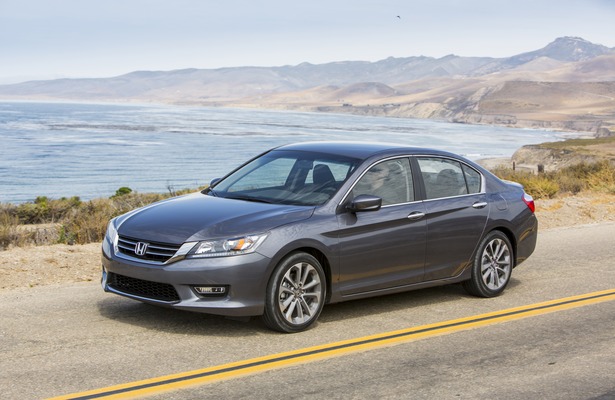 Honda made Accord a seriously impressive car for the ninth generation. It added a plug-in hybrid model to the lineup in 2013, which was pretty quickly canceled in 2015. At the same time that the plug-in hybrid model was canceled, the company did a refresh on the model, which earn the Accord a North American Car of the Year Award in 2016. The Accord managed to snag the award thanks to overall great drivability and usability. It featured option equipment that many other cars didn’t, including Apple CarPlay, Android Auto, and Honda Sensing safety features. 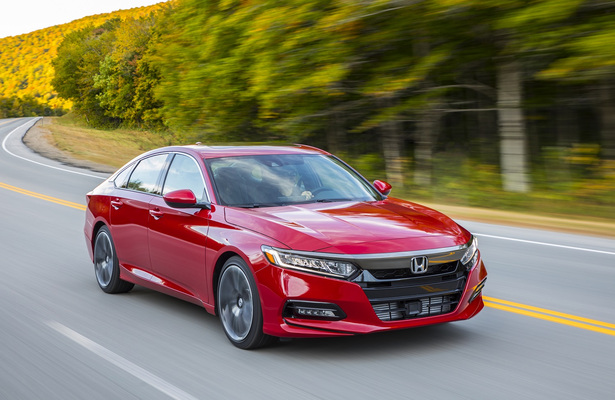 While the Accord has always been a hit, and the ninth generation was a seriously good car, the tenth generation that has come out for 2018 is remarkable. It’s inoffensive and easy to live with while somehow still being exciting. It sits lower, feels wider, and is more agile and fun to drive than any of the previous generation cars. In an age when sedan sales are slipping, Honda decided to double down on a car that’s always been an important part of its portfolio, and we think it will pay off.

In some ways, it already has. Winning the North American Car of the Year award is no easy feat, and it speaks to the company’s expertise in making a car that appears to be simply a practical sedan into a true winner. It’s a car that enthusiasts respect and everyday folks love. 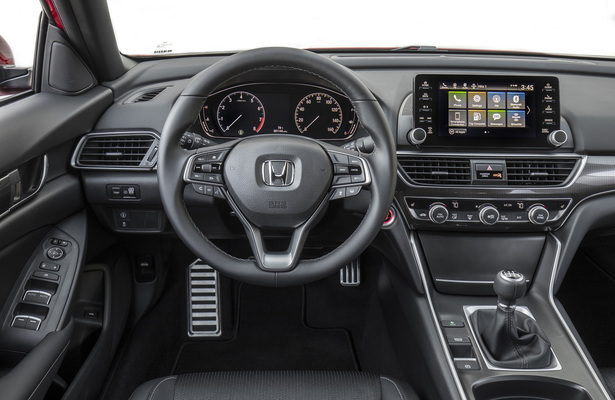 For the tenth-generation Accord, Honda kicked the coupe body style to the curb along with the V6 engine, opting instead for a 192 hp 1.5-liter turbo four-cylinder or a 252 hp 2.0-liter turbo four-cylinder under the hood. There’s also a hybrid model. Honda offers three transmission options, a CVT, six-speed manual, or a ten-speed automatic. Honda Sensing is standard on all Accord models, and the infotainment system is much improved over the previous model. Apple CarPlay and Android Auto are standard on all but the lowest trim level of the car. 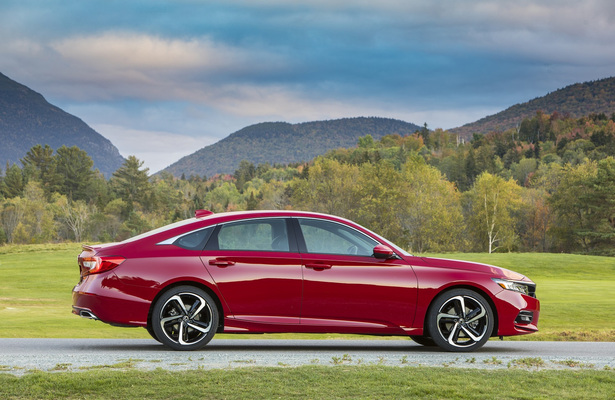 While the safety and technology features are impressive, what’s most satisfying about the Accord is the way it drives. Both the 1.5-liter and 2.0-liter engines offer authoritative power, and the car corners flat and feels composed at low and high speeds. It’s one of the best front-wheel-drive cars on the market right now which is why the model won North American Car of the Year for the 2018 model year.

Find Local Discounts on the Honda Accord