The Hennessey Goliath 6x6 is One Powerful Off-Road Monster

Lesser trucks wilt in its presence 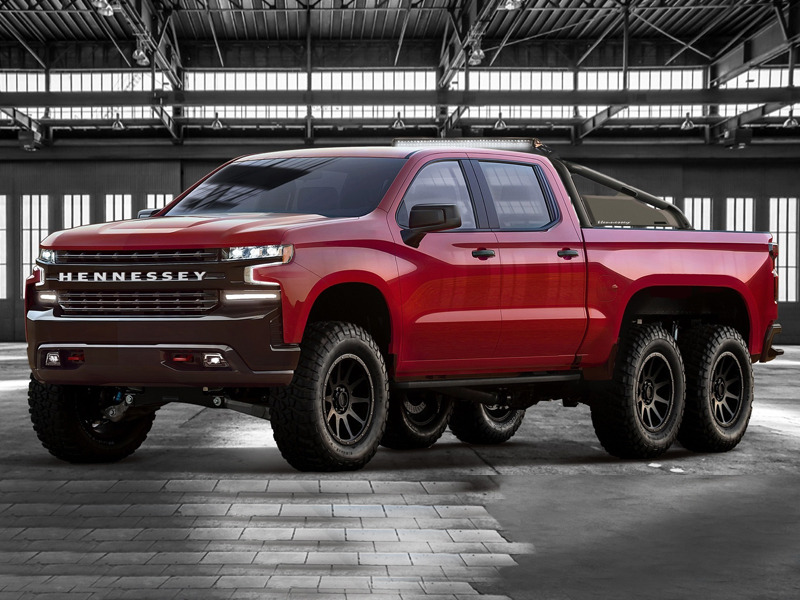 Hennessey Performance is nuts, and the build some of the most radical vehicles on earth, including the Ford Raptor-based Hennessey VelociRaptor. Because that just might not be enough for some, they're one-upping themselves with the newly announced Goliath 6x6 that's based on the upcoming 2019 Chevy Silverado. In case you were wondering, that 6x6 means that it has six driven wheels, folks. It uses the Trail Boss trim but goes much deeper in the off-road department. All we can say is, "Where do we sign?" 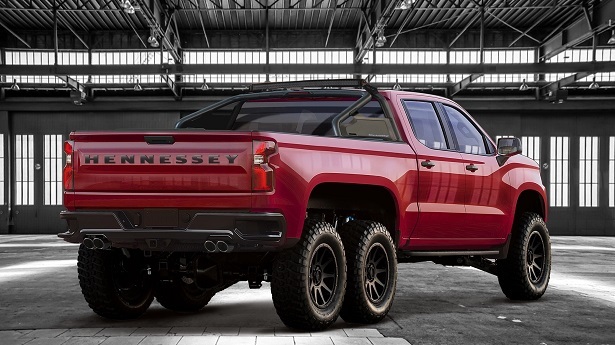 Though these photos are only initial renderings by Hennessey Performance, we're guessing they're awfully close to what the production model will look like. The engine in the Silverado's top trim is a 6.2-liter V8, but here it also gets a 2.9-liter supercharger that ramps up the horses to 705 along with a healthy 675 lb-ft of earth ripping torque. Hennessey will even sell you a bigger engine with 808 horses because, well, that's totally ridiculous.

Search for Deals on the Chevy Silverado in Your Area 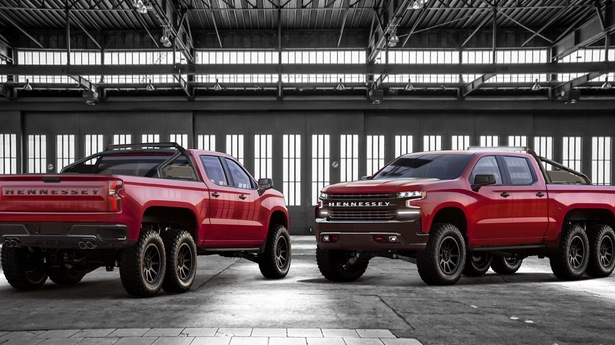 The already potent VelociRaptor's 3.5-liter twin-turbocharged V6 EcoBoost engine offers up an even600 horsepower and 622 lb-ft, so the Goliath's is that much more impressive. All that power will send the Goliath to 60 mph in the range, even faster than the VelociRaptor 6x6, which takes some doing. Hell, that's faster than most sports cars out on the road today. And this make you pee yourself if it rushes in on your six. 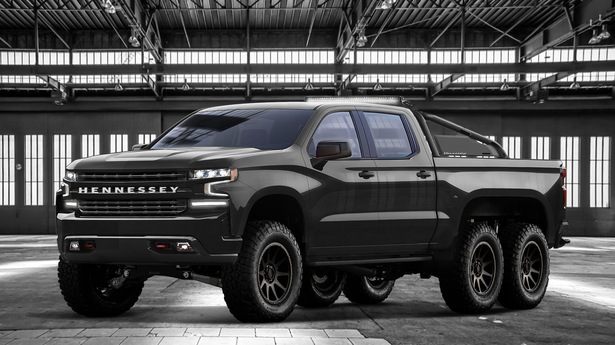 Other details include an 8-inch lift kit, an upgraded rear suspension to accommodate for the extra two wheels, a new pickup bed, and 20-inch matte black wheels shod with 37-inch BF Goodrich off-road tires. The result is a truck that looks like it's capable of just about anything, including ripping up stumps after it's done drag racing sports cars. 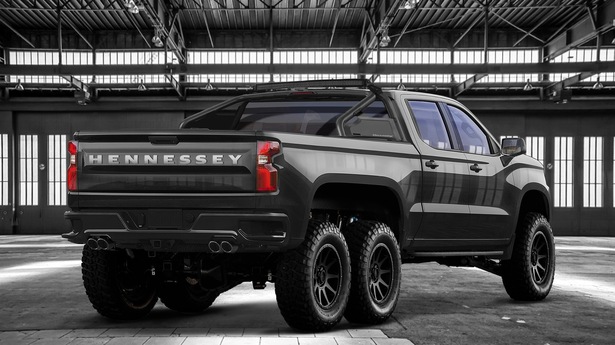 Production is limited to 24 units at a starting price of $375,000 (which includes the price of the Silverado they need to start building the Goliath). We love what we see so far, and the American-ness of the Goliath is the thing that's probably most evident in the execution. Don't pull up next to this thing in your base trim, light-duty pickup. You might as well just go home and cry.