The SUV/Crossover soldiers on with fresh clothes 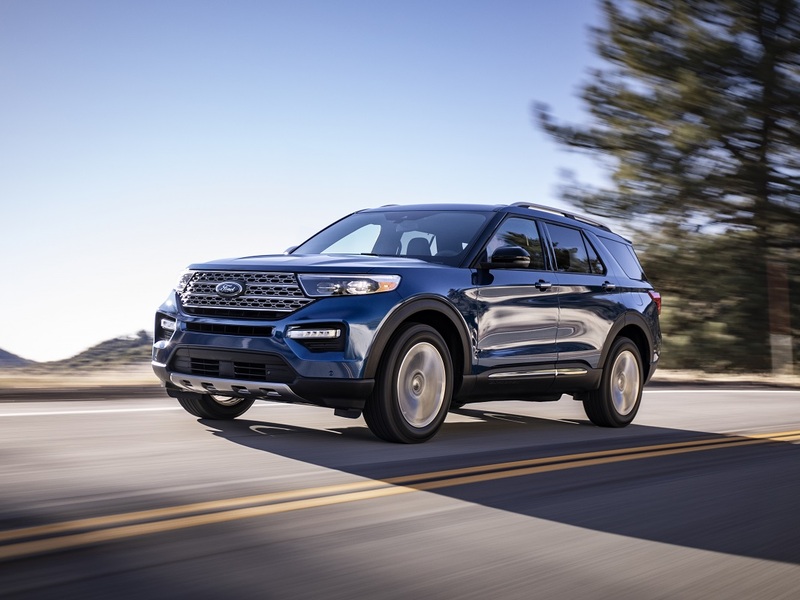 As handsome as ever and now driven from the back wheels, too.

The Explorer has staying power. Now, in its 5th generation, the SUV has been around since way back in 1990 as a 1991 model. And Ford plans on keeping it int he lineup because it sells like hotcakes. In the 5th generation, the Explorer migrated from a truck-like body-on-frame construction to more crossover-like unibody. This made driving and comfort better, and the bet paid off. It's now Ford's third best-selling model, and that's saying something. It sold well over 200,000 units just last year. 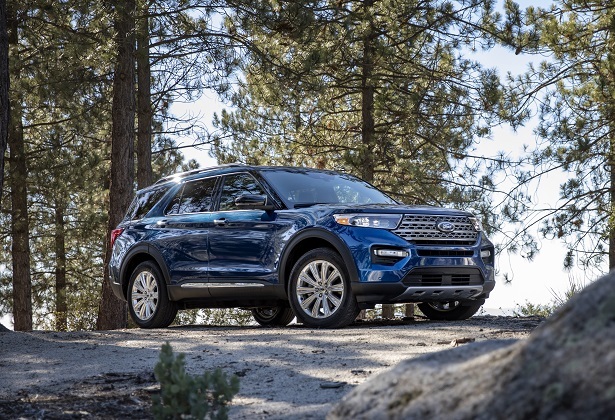 Though it's not designed to do heavy off-roading, the Explorer will still go beyond .

The 6th generation vehicle is almost here, and here are some great photos of the new crossover. Ford was smart not to mess too much with the exterior, and it still retains the Explorer look we've come to know. It's more refined, but the overall look remains very similar to the 4th generation. The grille and headlights are more unified at the bottom edges, and the fog lights are now horizontal units instead of the bracketed c-shaped versions from the last one.

The body creases are similar but the flow now angles upwards instead of simply parallel with the rocker panels. The Explorers angled C-pillar is even more dramatically raked now, and the Explorer silhouette is still very recognizable. 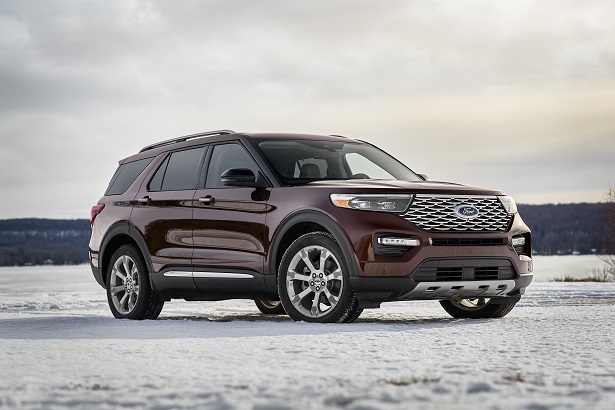 The decked out and full-loaded Explorer Platinum is the top dog for the model.

The most important change is underneath the skin, with the new crossover shifting from platform to the Lincoln Aviator's setup. Under the hood, the base engine is a 2.3-liter turbocharged inline-4 in XLT and Limited trims, good for a healthy 300 horsepower (up from 280). Higher trim levels get the 365 hp twin turbo V6, and then there will be a hybrid and a performance ST model. A 10-speed automatic is consistent across the board for gas engines. 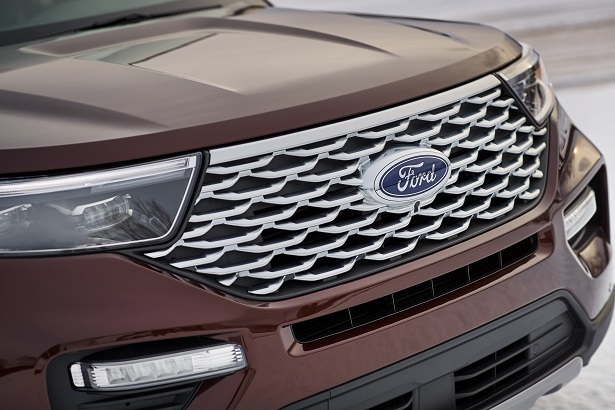 What will help with the increased power is the reduced weight thanks to high strength steel and aluminum. 200 lbs were cut, which is essentially a big passenger. The Explorer is stiffer, and handling should be improved as a result. Towing jumps from 5,000 lbs to 5,600 lbs in the V6, and the I4 increases from 3,000 lbs to an astounding 5,300 lbs. Those are significant numbers that should have outdoor recreation-lovers smiling from ear-to-ear.

Get a Great Deal on a Ford Explorer Near You 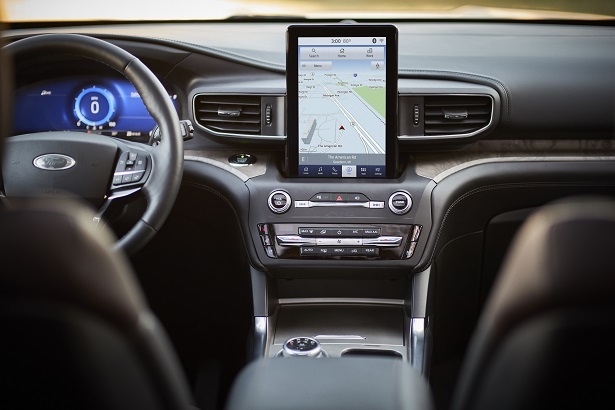 Ford interiors needed improvement, and the Explorer does just that. Less busy and techier.

Perhaps the second most important change than the FWD to RWD migration is the look and feel of the interior. Ford's interiors have been lacking in sophistication for a while, and now the Explorer aims to change all that. We think it looks even nicer than the top trim Expedition's cabin, which we really loved.

The dashboard sits lower, and the look is simpler and more open. Controls in the center stack look less confusing, and there's more curvature to the overall dash. The top trim Explorer Platinum gets read matte wood trim, giving the Explorer a distinctly upscale look. Most prominent, though, is the tablet-style infotainment touchscreen that comes in either a standard 8 inches or an optional 10.1-inches. It's also now mounted vertically. How cool is that? 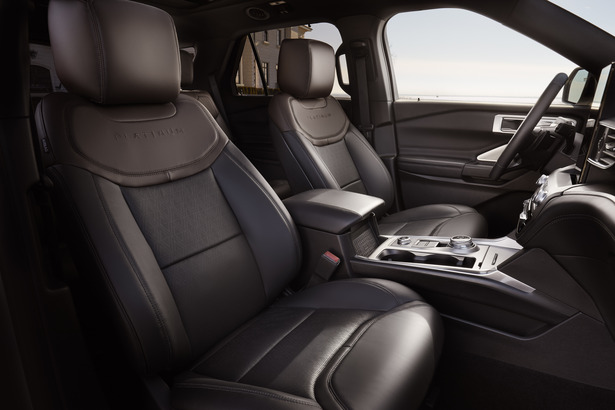 Occupants can expect greater room and comfort thanks to 6 more inches of wheelbase. This means both second and third-row passengers will benefit. From the photos, it looks pretty spacious inside, and the seats look great. There are no spec numbers yet, but the added wheelbase will surely make a difference. And though the vehicle is longer between the wheels, Ford claims the turning radius didn't suffer. 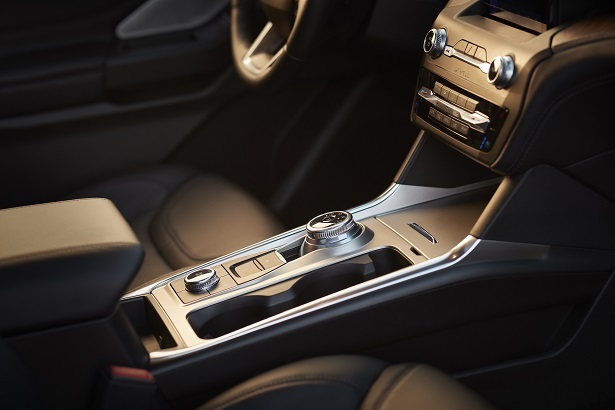 The interior looks and the rotary shift knob sure helps streamline the center console.

Expect the Explorer to show up with its new duds at the Detroit Auto Show this month, and it will officially go on sale in the summer of 2019. Pricing and specs should be released in the coming months. We're excited to see this change in the fan favorite crossover for the 2020 model year. Having killed off many of their sedans, the timing is right for the Explorer to get redone. 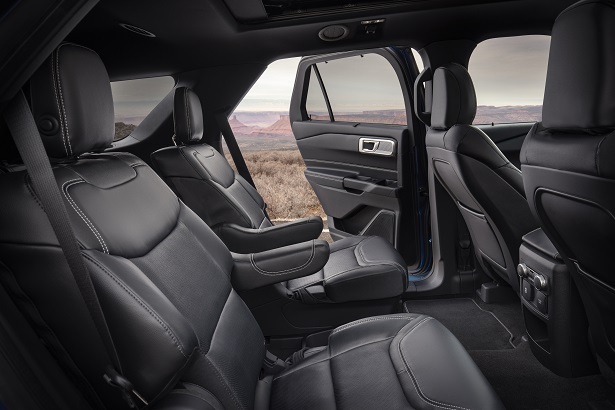