Millions of Americans are behind on their payments 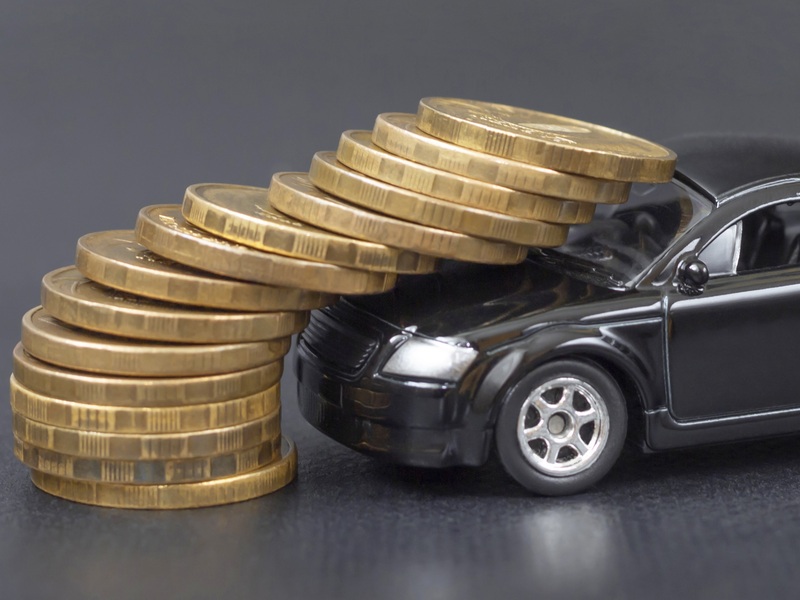 See who is most at risk of getting crushed by auto debt.

A report published by U.S. PIRG, a non-profit consumer protection agency, paints an alarming landscape of auto debt in America. According to their findings, Americans owe over $1.2 trillion in auto loans which is an increase of 75% since 2009 and the highest in our history. Even more concerning is the number of borrowers that are behind on their car payments. According to the Federal Reserve Bank of New York, at least 7 million Americans are seriously delinquent on their car payments, meaning they are 90 or more days behind. 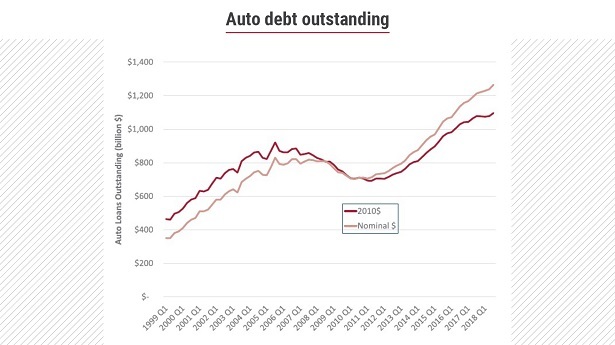 Along with identifying the causes of this massive jump in auto debt, the study pinpoints some groups that are more at risk than others. Being aware of predatory lending tactics and following the consumer tips to financing a car purchase can protect these vulnerable groups from the cycle of auto debt. 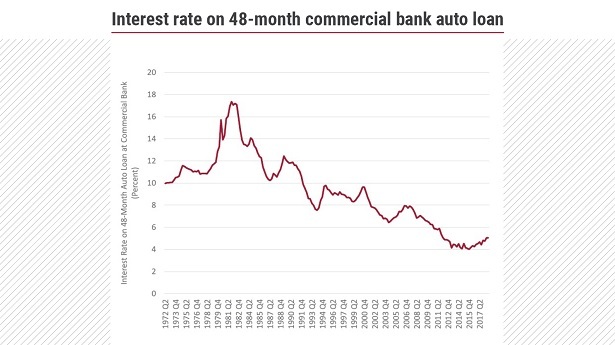 Multiple factors contribute to the staggering auto debt, including  rates which tempt buyers, an increase in subprime lending, rising costs of vehicles and the jump in popularity of larger vehicles.

Car loan interest rates started falling around the time of the recession in 2009, motivating car buyers to finance more of the purchase or buy more vehicle than they should. The Federal Reserve found that the perception of lower interest rates has a greater effect on the decision to buy a vehicle than factors like unemployment or income. In 2009, 75% of new cars were financed and today that number has reached 85%. For used cars, financed purchases have reached 53%, up from 46% in 2009. 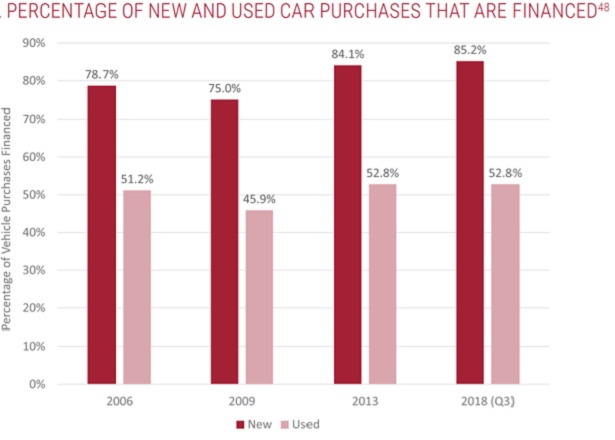 Auto debt has also been increasing due to lenders offering more subprime and long-term auto loans. Higher cost subprime loans comprise 26% of all auto loans and many of these borrowers end up defaulting on their payments. Lenders have also been issuing more long-term loans with 42% of borrowers having a 6-year loan or longer in 2017, up from 26% in 2009. A long-term loan increases the overall debt for the borrower and the likelihood they will be upside down.

Rising vehicle prices and the popularity of large vehicles like SUVs and trucks helped to catapult the auto debt to these alarming levels. The average price of a new vehicle had reached $37,100, compared with $27,573 five years ago. Despite the much higher price tag, car shoppers have not downgraded to a smaller or older vehicle but instead chose to take out more auto debt to cover these rising costs. 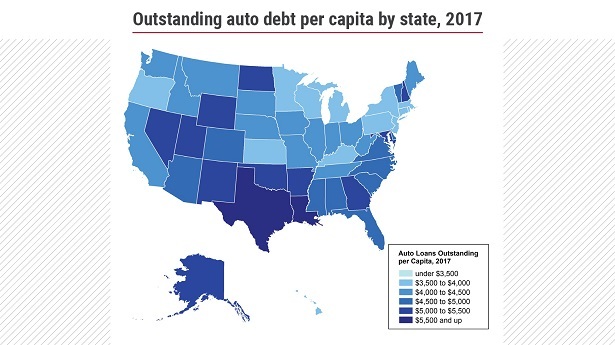 Everything is bigger in Texas, even auto debt. (Image: U.S. PIRG)

The level of auto debt is not evenly dispersed across demographics and geography. The study found that debt is growing faster among older and low-income borrowers as well as those living in states with poor public transit infrastructure.

While those between 30 and 59 years of age hold the most outstanding debt today, the fastest increase has been for Americans who are 70 and older. In the last 10 years, the auto debt for Americans over 70 has grown by 73%. The growth of auto debt is lowest among younger Americans between 19 and 29 years of age. 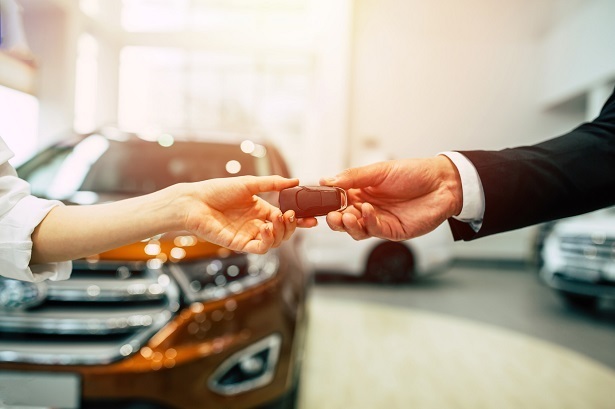 Car loans for low-income buyers have spiked in recent years.

The increase in auto debt can be partially attributed to poor public transit in select states around the country. For example, the average borrower in Texas owes twice as much in car debt as the average resident of New York State. This can be attributed to high per-capita vehicle ownership and the popularity of large vehicles such as pickup trucks. 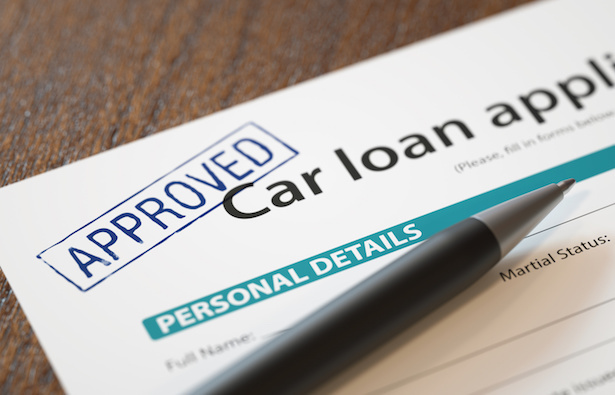 Consumers, especially those in the at-risk categories, should be vigilant of predatory lending practices to avoid getting into dangerous auto debt. These include buy-here-pay-here dealerships that issue auto loans for more than the vehicle purchase is worth or ask for unreasonably rates. By shopping around for financing, looking at the total cost of the vehicle purchase and refinancing a bad car loan, consumers can protect themselves from joining the group of 7 million borrowers defaulting on their loans.

Car shoppers with no credit or a low credit score should get pre-approved in order to avoid getting pushed into a high-interest, long term car loan at the dealership. Getting pre-approved allows the car buyer to shop around for auto financing from reputable lenders to find the lowest possible interest rate and get more bargaining power. 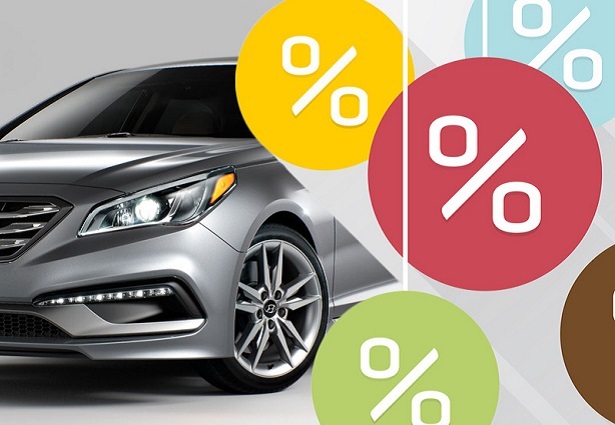 Don't be fooled by the monthly payment of a long-term, high-interest loan.

Consider the Total Cost of a Vehicle

Salespeople sometimes push the shopper into a more expensive car by promoting the low monthly payment (usually with a long-term loan) instead of the overall cost of the vehicle. A car loan of 6 or more years looks tempting thanks to the monthly payment, but the interest will keep accumulating and can add up to thousands of dollars more over the course of the loan term. Looking at the total cost of the car loan, including the interest, gives a better idea of the overall expenses.

For borrowers who find themselves in an unfavorable car loan, all hope is not lost. Auto refinance is a second chance for a fair car loan because it can lower the interest rate or offer more favorable loan terms. For borrowers who have improved their credit scores, want to extend their car loan to make payments more manageable or shorten the loan terms to save money, auto refinance provides a solution.