An ungodly amount of smoke will ensue

You may have to buy new tires every few months.

Just when you thought the automotive world was all about crossovers, SUVs, and electric cars, Ford Motor Company goes and builds a balls-out muscle car to damn them all. The new 2020 Ford Shelby Mustang GT500 is on its way, and the performance numbers and specs are the kind that create shock and awe in the best of ways. Now, news of its actual output and timed performance are out. Prepare to be blown away. 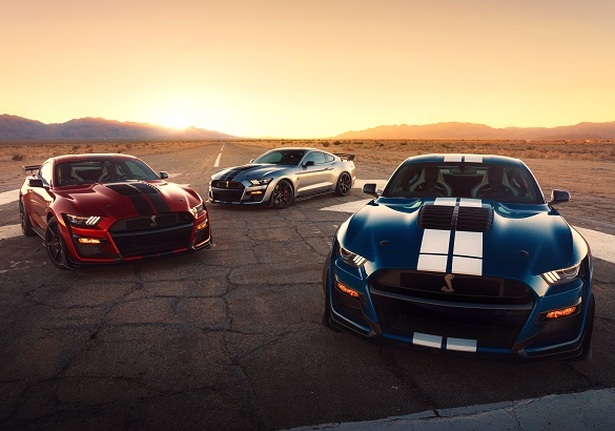 Though we've known for a while that the new GT500 would be the most potent pony of all time, we now know it will be off the charts in terms of performance. The 5.2-liter supercharged V8 engine isn't just good for a pavement warping 760 horsepower and 625 lb-ft of torque, it will do 0 to 100 mph and back to 0 in a mere 10.6 seconds. Yikes, that's fast. The big Brembo brakes at all four corners will come into serious play to give it the stopping power to match the sheer acceleration.

Almost as significant as those numbers, the GT500 is actually the most powerful car Ford has ever made, even more than the Ford GT supercar (by 113 horsepower!). 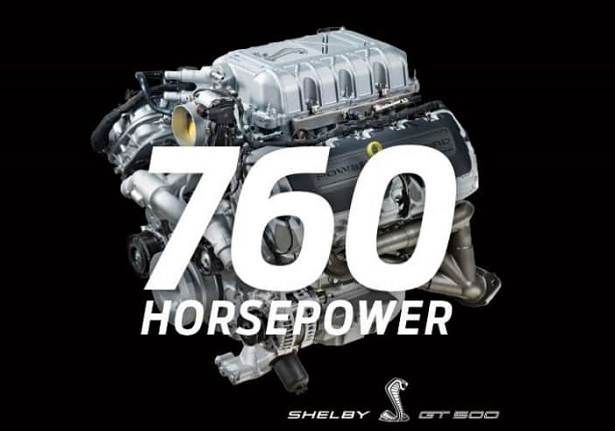 If you want to compare it to other brands, the Ford Shelby Mustang GT500 will have more power than a Chevy Camaro ZL1 (650 hp), the Dodge Challenger Hellcat (707 hp), and even the Chevy C7 Corvette ZR1 (755 hp). Any one of those vehicles is staggering in its own right, so the fact that the GT500 beats them all is reason to fear this coiled and very angry snake. 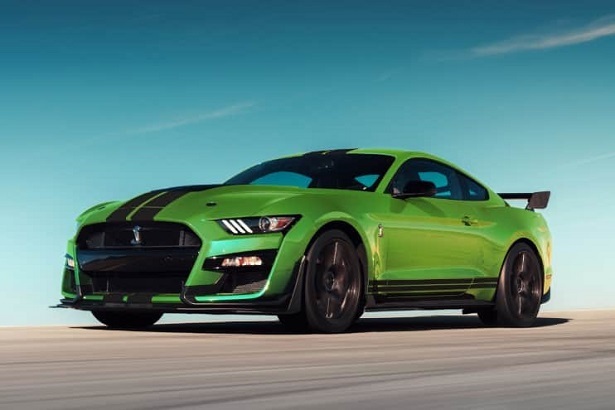 There's a lot going on underneath the menacing skin of the GT500. To give you an idea of what had to happen to massage the lesser-powered GT350's V8 engine, the GT500 had to get larger springs and valves, CNC-ported heads and a carbon fiber cross-plane crankshaft instead of the GT350’s flat-plane crank. Ford opted for a supercharger instead of turbochargers in order to get the power and throttle response they wanted. Twin turbocharging would've also required too much space under the hood, not to mention the addition of turbo-lag. 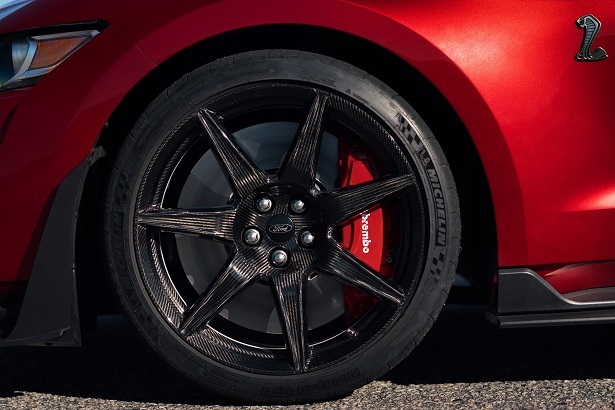 Sadly, like the new Toyota Supra and the upcoming Corvette C8, the GT500 won't get a manual transmission. Instead, it will get a dual-clutch transmission, which will accelerate faster than any manual could. The GT500 also gets huge 16.5-inch front rotors (with those marvelous Brembo brakes), and super-sticky Michelin Pilot Sport Cup 2 tires. Though there's no hard 0-60 mph time, expect it to be somewhere in the mid-3s. And check out those gorgeous carbon fiber wheels (above) that are super strong and very light. 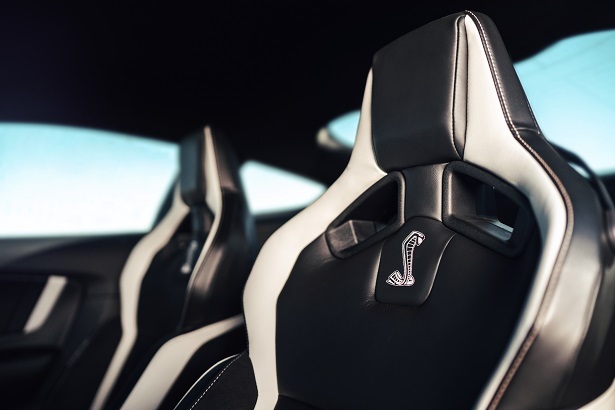 Though not much of the interior will change, there are some styling revisions to the dash to look less bulky than the regular Mustang GT. You'll be too busy trying to manage all the power to notice, though. The huge sport bucket seats have more aggressive styling and better bolstering to keep you planted. Paddle shifters are on the steering wheel, and some trim improvements will be present, as well. 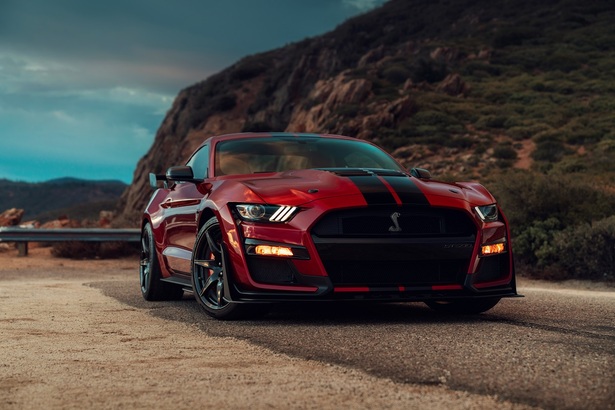 As we approach the fall when the GT500 will go on sale to the public, you can now put down a deposit at your local Ford dealership. The MSRP on the new top 'Stang (if they don't slap a big, fat premium on top of it) will be $73,995 pony car and worth every freakin' penny.

If the GT500 is way too much power for you, check out our review on the still potent Bullitt Mustang below: 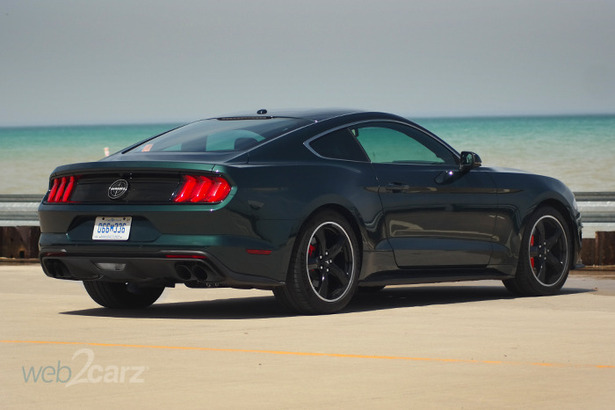