Is electric power the future of this brand, too? 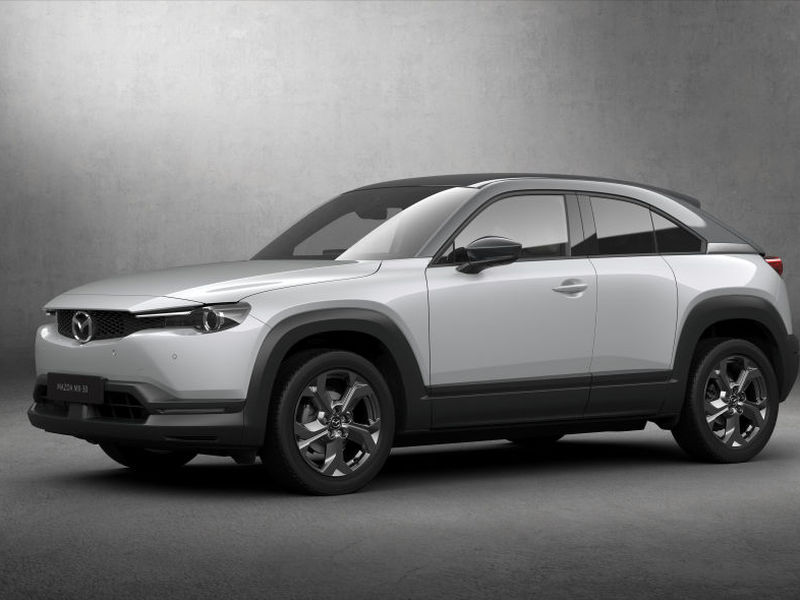 The MX-30 looks like a Mazda but also very different, at the same time.

Didn't we say electrification would be the next automotive revolution? We're standing behind that statement, especially this week, with two major new debuts (one a concept, the other production). That production version is this new Mazda MX-30. It's sort of a crossover, sort of a hatchback, like the Kia Niro. It's designated MX for its sportiness (like the MX-5 Miata) and 30 for its size, like the Mazda3. 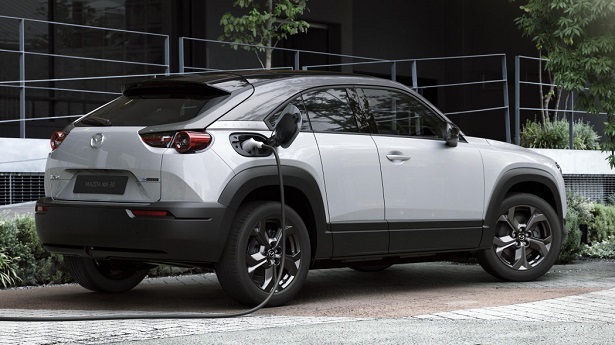 Most importantly, it's the brands first foray into electrification, and that's significant because Mazda hasn't done a plug-in hybrid, a fuel cell, or even a regular hybrid. They've focused on gas engines and making them better, so making an EV means this is the one eco-tech they really believe in. Virtually all the other mainstream automakers started with a hybrid-gas setup a long time ago, but not Mazda. The MX-30 is a major milestone for the small Japanese manufacturer, and it really is mean to perpetuate their sporty-driving reputation. 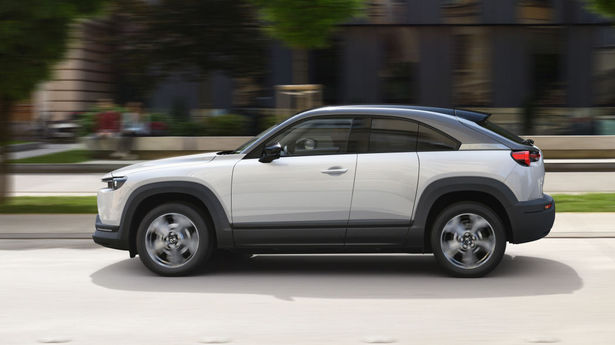 The design is unique for Mazda, but it incorporates a number of styling elements from the current lineup, including the headlights and taillights, as well as the interior style. The exterior sports a sloping roofline like fastback, but the height and cladding give it more of a crossover look. Interestingly, it uses the door setup from the RX-8 (a single rear half door on one side). Front and rear ends are boxy-looking in profile, and the roof is a dark hue that contrasts with the body color. It's not as attractive as the CX-5 or the Mazda3 Hatchback, but it stands apart from the pack in a good way. 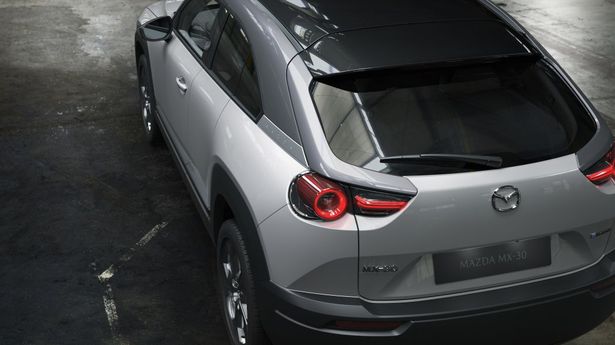 The interior has a similar linear dashboard with parallel lines, the new steering wheel style found on 2019 models, and a new touchscreen climate control screen. The center console now floats above its base with a short, chunky shift knob and infotainment controls. The interior uses recycled plastic bottles for some of the materials, wool-like gray fabric on the seats, and even cork in the center console base. 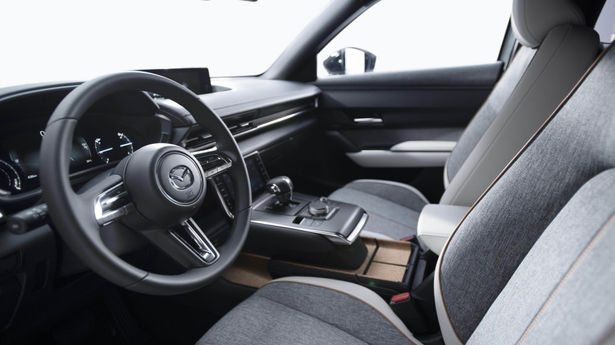 Oddly, there's zero mention of charging times and range, important details that seem to have been left out, which makes us think the vehicle isn't quite ready yet. Maybe they should've waited to pull the covers off until this got figured out. The battery is located in the floor and uses both liquid and air cooling methods. It will be DC fast-charging compatible. We do know that much. The MX-30 will also get G-Vectoring Control for improved handling. 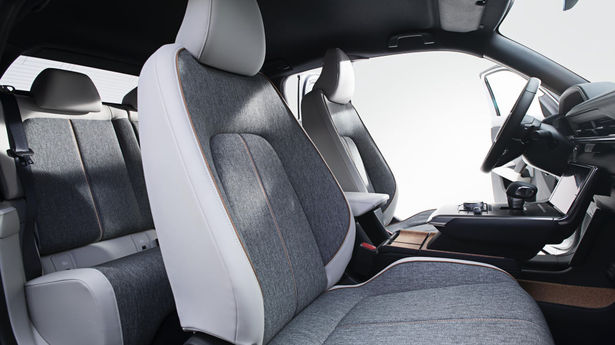 Mazda hasn't released any information about efficiency, range, price, or markets where it will be sold. That's a lot of information left off the table at an important debut, but at least we know Mazda is serious about electrification. The fact that it's close to (if not actually) a production model means the car will be a contender in the EV market. It really is just right for the U.S., and we hope to see it here in the not-too-distant future.