The sedan is just one component of BMWs EV attack force 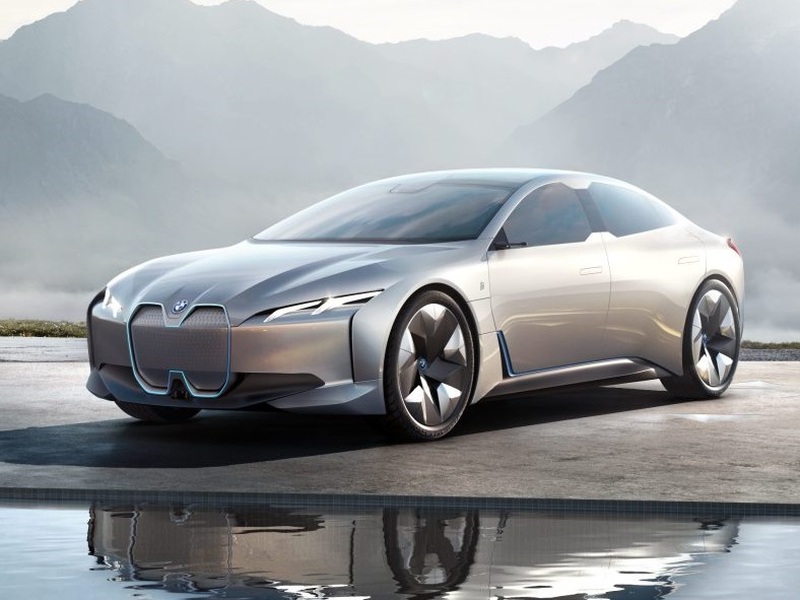 We can't wait until the production version arrives.

The Tesla Model 3 has dominated not just the EV market but the sedan market, as well. It's a juggernaut of a model, and a lot of folks drank the Kool-Aid or are getting in line for a fat chug of it. Nothing against Tesla because despite all the hiccups with production and quality, they've played the game well. BMW has something to say about that, though, and their upcoming i4 sedan is coming to a gunfight armed to the teeth. How does 530 horsepower and 373-miles of range sound? 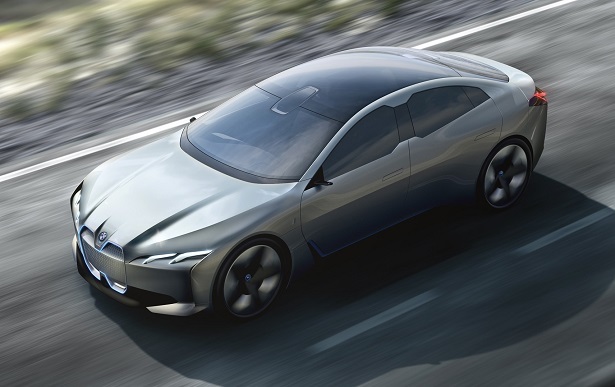 The i4 will be based on the BMW i Vision Dynamics concept from 2017.

It's almost a sure thing the i4 will be even faster than the estimated. We don't know the weight of the i4, but the horsepower figures easily eclipse even the Model 3 Performance's 450. BMW provides an estimate of 0-62 mph (0-100 km/h) of less than four seconds, and they tend to give conservative acceleration estimates, anyway. We're guessing it will be closer to the low three-second range, making it very fast, indeed. 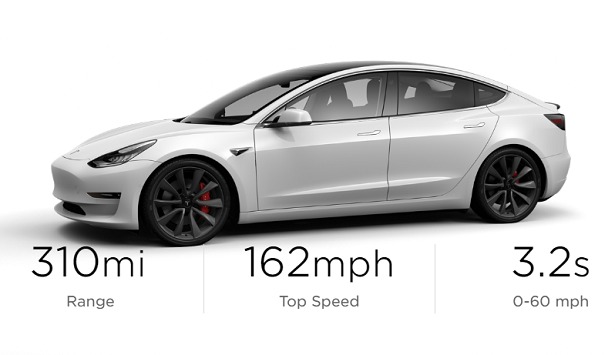 But there's more than just the base model. BMW promises more versions of the i4 beyond the $50K base car. This means we could see sub-3 second 0-60 times and even more range over the 373-mile benchmark. BMW is able to do this with their new setup that boasts a new EV modular architecture and a Generation 5 electric drive system that can scale from 90kWh all the way up to 300kWh. Since the i4 boasts 390kWh, it's almost a sure thing the i4 will have two motors, not one, and all-wheel drive. 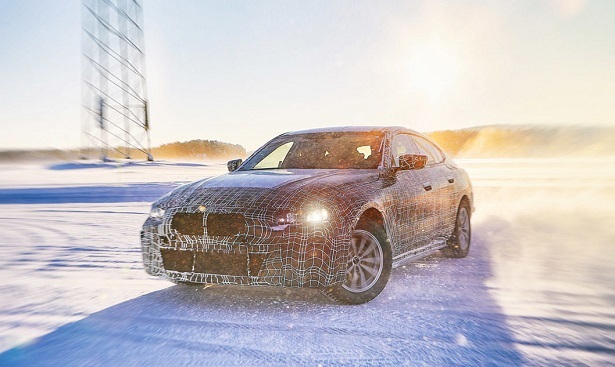 Here, the i4 is cloaked and undergoing winter testing.

BMW has more to offer than just range as it goes up against Tesla. The German manufacturer has been in the game much longer, and their relationships with suppliers are stronger and well-established. They also have deep pockets, incredible engineers, and a history of building premium vehicles that consumers love. The fact that the i4 will share underpinnings with the venerable 3-Series and 4-Series cars is more proof that the brand will do the i4 properly. 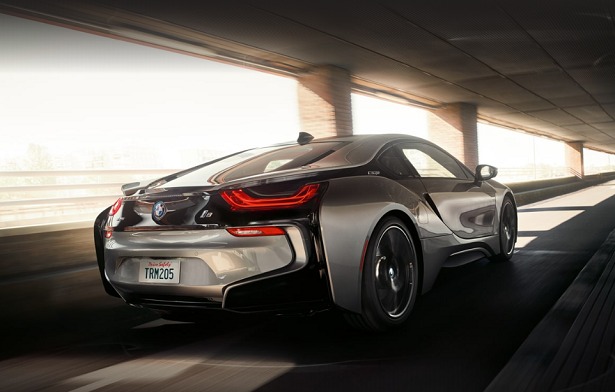 The exotic BMW i8 hybrid supercar has only 18 miles of electric-only range and costs $147,500.

The world has been waiting for a long time for a true Tesla contender, that's for sure. While Telsa has more than a cult following, there are some buyers who are reluctant to spend $50K on a new car brand that's had its share of drama and struggles.

GM's 248-mile Bolt hatchback can't match the Model 3's range. Plus, it's a hatchback that costs almost $50K. It doesn't have the same brand cache or the right looks to go up against Tesla, much less even the range. Let's not even talk about the Nissan LEAF, since that's even less competitive. 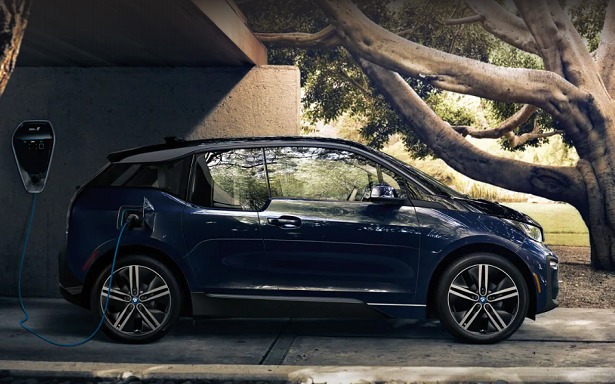 BMW has focused on its i8 and i3, both of which are niche vehicles. One is a pricey hybrid supercar and the other is a tall hatchback with a 180-mile range, and that's only with the range extender. The i8 is impractical as an everyday driver. It's also far too pricey for regular folks. The i3 looks like a toaster, and it just can't muster the range people are looking for. 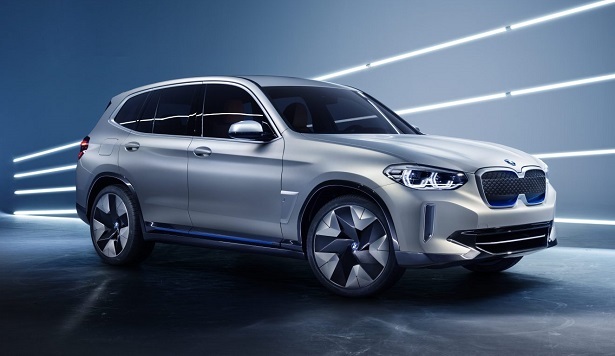 Feast your eyes on the iX3. A familiar shape with futuristic touches and great range.

But BMW has a plan to change all that, and it doesn't just include the i4. The electric version of the X3 crossover, known as the iX3 will come in 2020, followed by the more premium EV crossover based on the radical Vision iNext Concept. The iX3 will also get BMW's fifth-generation eDrive technology and will have a range of over 249 miles. 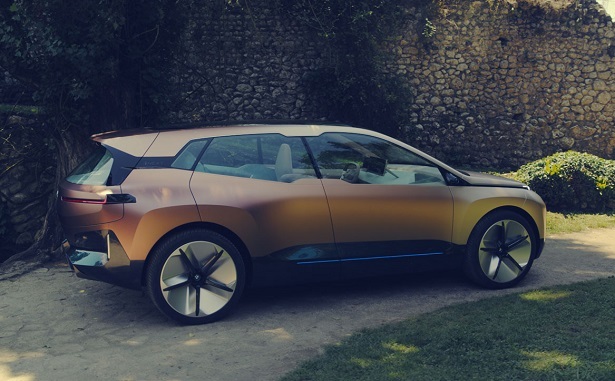 We're guessing the crazy wheels and frameless windows of the Vision iNext won't make it to production.

This is very good news for the brand and for consumers since BMW's attempts at plug-in hybrids have not done so well. The last 330e just didn't have enough power or range to offer, and sales of the 530e and 745e xDrive aren't exactly lighting up the charts. A new 330e is on the way with more range and power, but it's nowhere near performance EVs.

In case you didn't think BMW was serious about creating something based on the futuristic-looking Vision iNext (BMW better not carry over the name to the production version), just consider the fact that it's already undergoing testing. They even released photos of it (below). The model will supposedly get even more range than the i4, to the tune of 400 miles on a single charge. 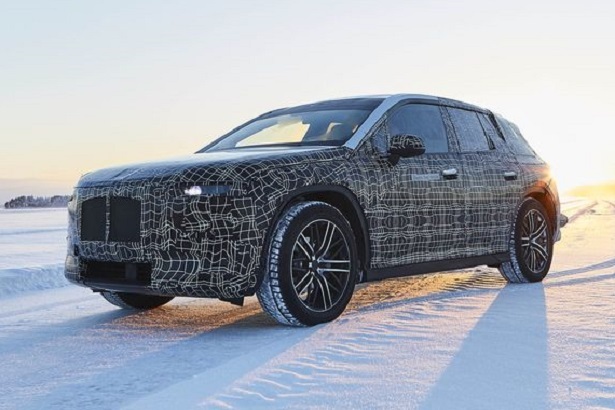 Tesla will surely have a bigger fight on its hands than just the i4, and the folks at Munich will then be the most serious contender against Tesla. BMW makes great cars, and its strengths should be more focused with the new line of EVs on the way (they plan on introducing 25 electric vehicles by 2023). Telsa is about to bring the Model Y crossover, an EV pickup truck, and even a semi-truck. While there's some overlap, it looks like BMW is going to focus only on electric sedans and crossovers, and that's definitely a solid move.