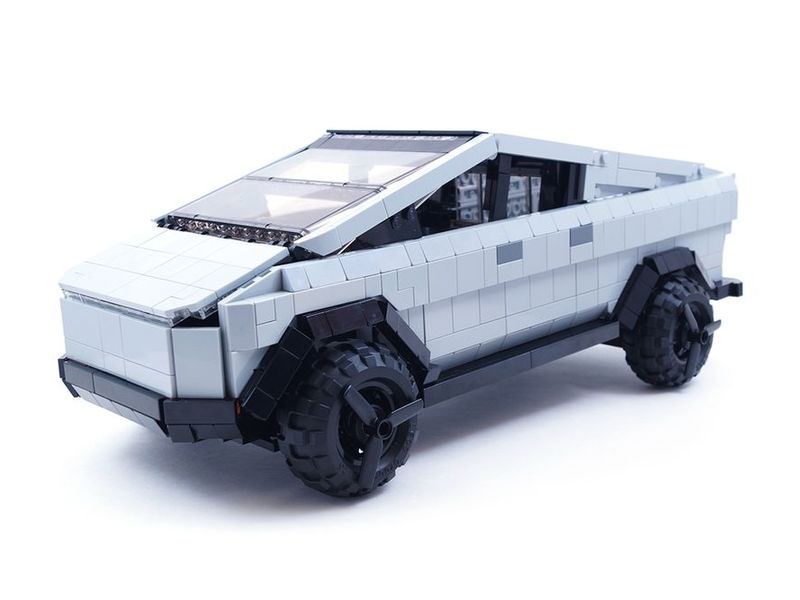 When you have time on your hands and some imagination...


LEGOs aren't just for kids, you know. Plenty of their car kits are geared towards adults. Even though LEGO mocked the Tesla Cybertruck by creating their rather oversimplified version (below), it turns out they might not be joking about creating one that actually looks like the version Elon Musk unveiled at the tail end of the Los Angeles Auto Show last week. A couple of builders stand at the forefront of the Cybertruck creation, and they're both pretty sweet. 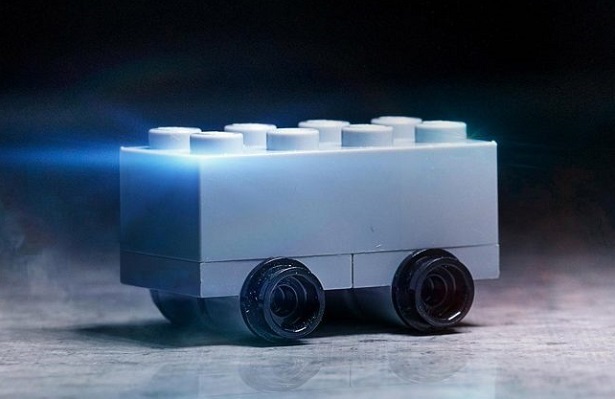 The builders are BrickinNick and Peter Blackert, both of whom have made a ton of original LEGO creations. Though we're not sure which one will end up with the honor of having their version built and sold by LEGO, we should give credit to their creativity. Let's take a closer look at both of them. 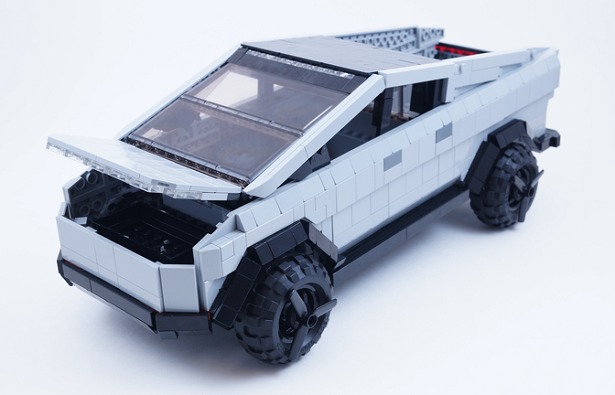 Although you might think it's easy to do this angular truck in LEGOs, it's actually quite the opposite. Blockiness, yes. Angles, no. BrickinNick's build nicely copies the overall shape of the Cybertruck including the sharp angles of the roof, the thin LED headlight, the chunky body trim, and the rear light bar, as well. There's no sliding canopy over the bed, but that's gotta be close to impossible to pull off with generic LEGO parts.

Another painful part to capture is the angled part behind the C-pillar that makes up the bedsides. BrickinNick's version doesn't quite capture this, but we don't blame him. There's also a hinged hood piece that works, a hinged tailgate that opens, chunky tires (with an interesting use of propellers for the wheels). BrickinNick actually did his initial build during a 24-hour livestream on his channel on Twitch. Since the first build, he's refined the model, and it's composed of about 2,000 pieces and takes about 16 hours to complete, meaning it's no easy feat. 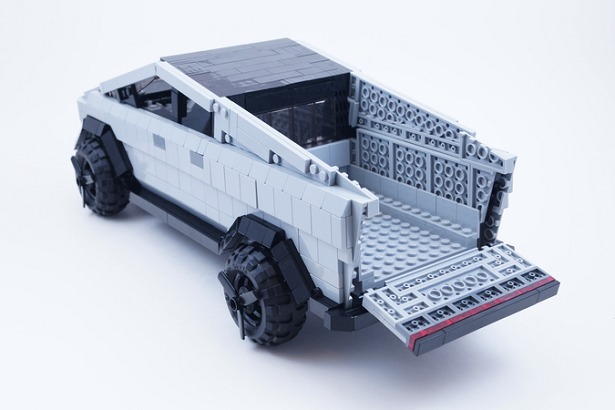 He's actually uploaded his Cybertruck creation directly to LEGO’s IDEAS page, where fans can submit their creations in hopes of getting a LEGO kit made from it. But there have to be 10,000 upvotes for LEGO to go with the build, and he's at about 2,200 upvotes last time we checked.

As support grows, BrickinNick will build more onto his Cybertruck: he will create an interior when he gets 2,500 supporters and the matching ATV and ramps for the bed when he gets 5,000 votes. It hasn't even been a week, so things look good for him to hit that magical 10,000 number. 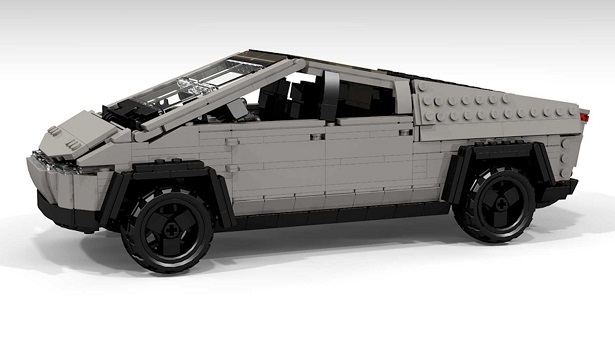 As good as BrickinNick's Cybertruck is, our vote is for this version by Peter Blackert. It seems to make use of a very different set of pieces and has more operational features and refined details to it. His selection of bricks is more intricate, resulting in a more convincing body that includes those difficult angled bedsides. 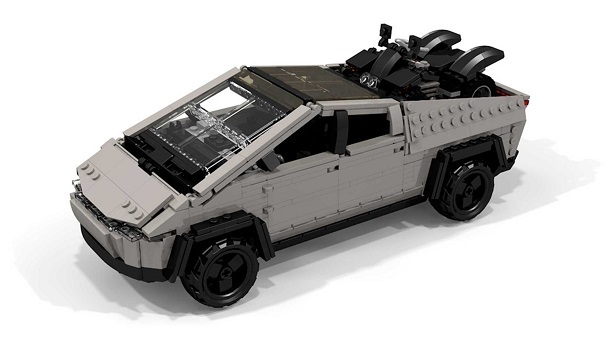 The black fenders and body trim are present, as are functional doors, hood, and tailgate. The fat all-terrain tires are there, too, but there are no propellers. Although he didn't provide any details on his build (like piece count, duration, etc.), this looks like something LEGO might jump on if they got a hold of it. And you'll notice he actually built the electric ATV that fits into the bed. We're sure Elon couldn't be prouder. In fact, Blackert actually made his own Elon minifig. No, it doesn't say, "Pedo guy", either. 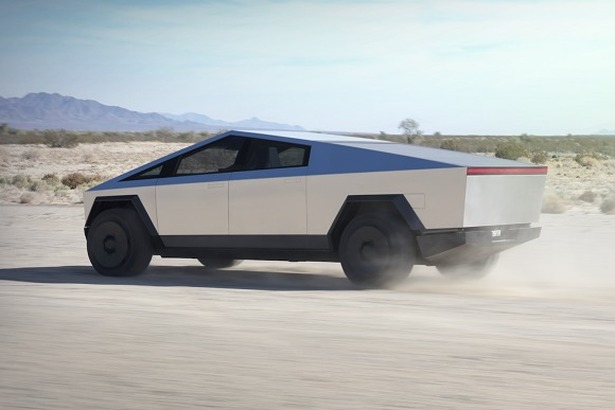 We'll see if either of these contenders makes it to the finish line in terms of getting a LEGO kit built based on it. The Cybertruck has clearly made an impression in the auto industry, and a LEGO kit would solidify its place in the car world. While last week there were naysayers, now it appears the design is growing on people, and a LEGO branded it would clinch fame for the model.