The Genesis GV80 Takes the Luxury SUV World By Storm

Better than the concept and dressed to kill 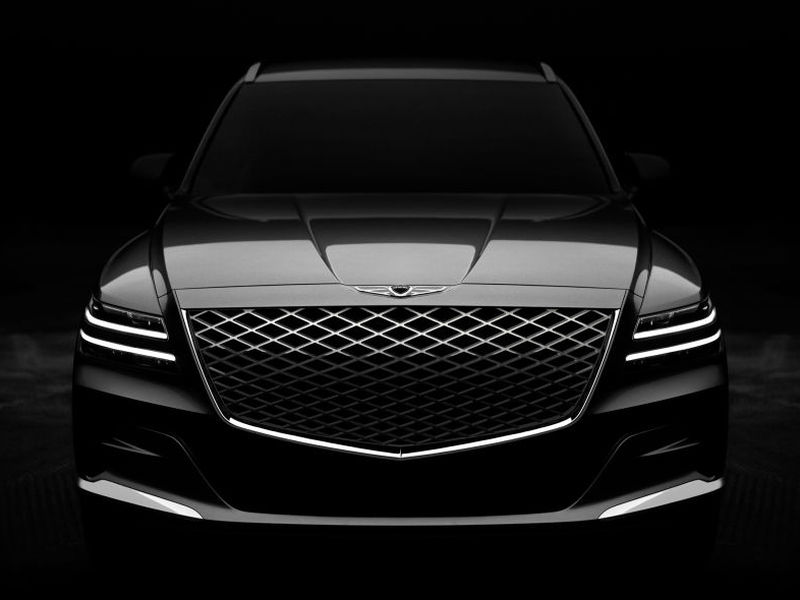 We're guessing the GV80 will steal a quite a few Audi customers away.


The automotive world has waited quite a while to see the covers pulled off the Genesis brand's first SUV, called the GV80 since its debut as a concept almost three years ago. Now, Genesis shows us the first official photos of the production model, and it's a beauty. Although not all of it has been revealed, the final product looks even better than the concept. Let's take a closer look. 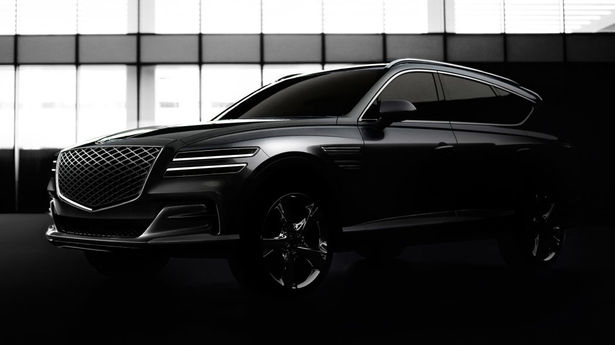 The grille is larger, and the body is more angular than the concept. It looks like it will get wheels similar to the big, perforated versions on the concept vehicle.

The Genesis brand is getting a ton of attention, and the GV80 might just be its biggest introduction yet. The G70 sports sedan has garnered rave reviews, but sedans generally don't sell especially well. Big luxury SUVs, however, are another story, and the GV80 will go toe-to-toe with the likes of the Audi Q7, BMW X5, and the Mercedes GLE. The GV80 looks similar to the concept vehicle, but the grille is larger and loses the busyness of the original. The split headlights are also longer and larger, giving the front end more presence. 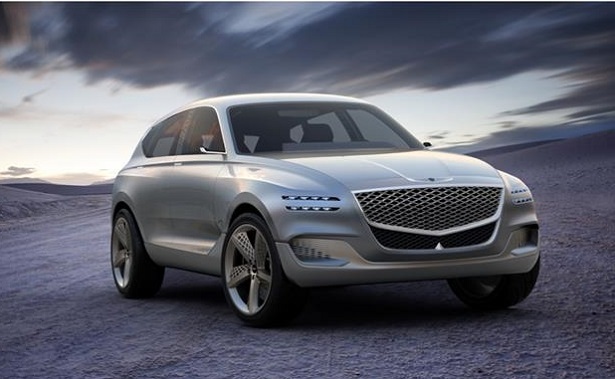 We don't have a shot of the rear fascia, but we're guessing that split theme will also show up in the taillight design. The profile of the GV80 shows a sloping roofline, long creases, and a big uptick in the rear D-pillar design. The split lighting feature in the front and rear lights also line up with a fender highlight. It's a fresh approach that should look great in the flesh. Unlike the tiny door handles and side mirrors on the concept, the production GV80 receives more conventional versions. 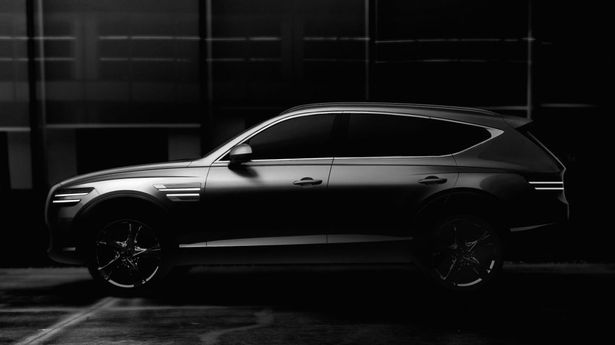 The single photo of the GV80's interior shows off what might be the best-looking cabin we've seen on a premium SUV, about as nice as the one in the new Audi Q8. The dash is deep and wide, and there's a huge vent that spans almost the entire width. The waterfall style center console has physical HVAC controls and a pop-up rotary shifter, a-la Jaguar and Lincoln. There appears to be plenty of matte wood and brushed metal, as well as a huge infotainment screen that's at least 12 inches. It also rises from the dash in dramatic fashion instead of just sitting atop it. 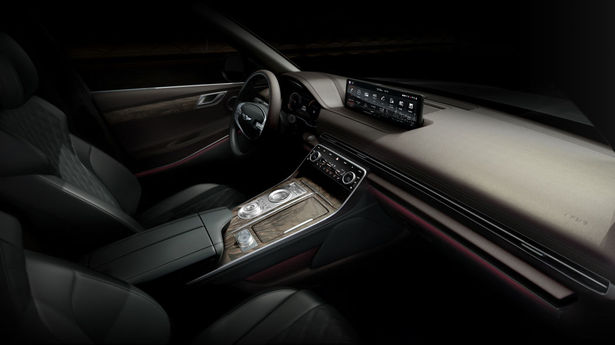 The minimalist interior is nicely styled and should get premium materials.

No other details have been shared, but it's rumored the base engine will be the twin-turbo 3.3-liter, 365 horsepower V6 used in the Genesis sedan line, as well as the big 420-horsepower 5.0-liter V8. The first units of the GV80 will start selling sometime in 2020 here in the U.S., and will come with rear-wheel drive standard and all-wheel drive as optional equipment.

No pricing has been provided, but we're guessing it'll be competitive with the set, around $50,000 base. We can't wait to get our hands on it since it should prove to be one of the most exciting vehicles to show up this year.