Will The $37,499 Fisker Ocean Electric SUV Make the Brand a Household Name?

It takes on the Tesla Model Y and costs less 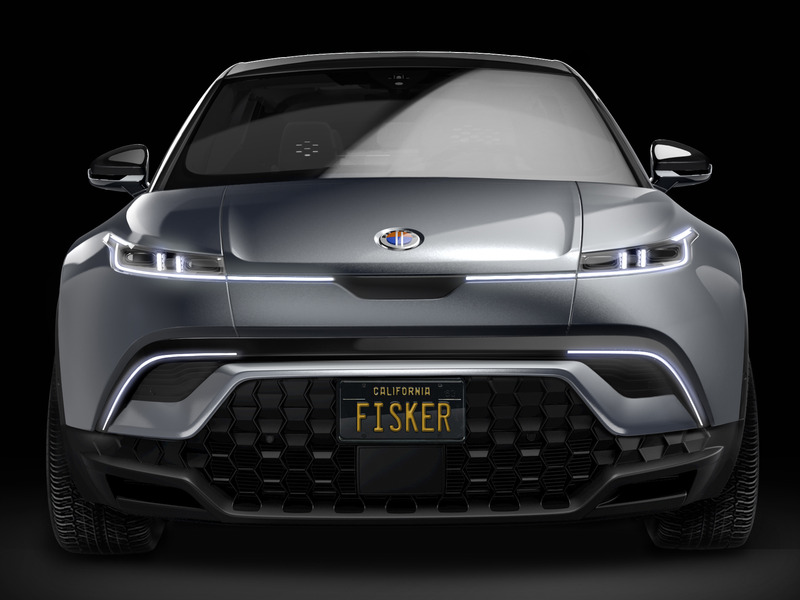 Trying to elbow Elon in the ribs with affordability and style.


If you think Telsa is going to dominate the electric crossover scene with their upcoming Model Y, you're probably right, but that doesn't mean competitors aren't going to try. The Ford Mach-E want a big piece of that pie, and now Fisker Automotive wants in on the game. The thing is, they might actually scare Elon Musk a little bit because the upcoming Fisker Ocean crossover costs less and looks better than the Y. Just take a look at the new photos. 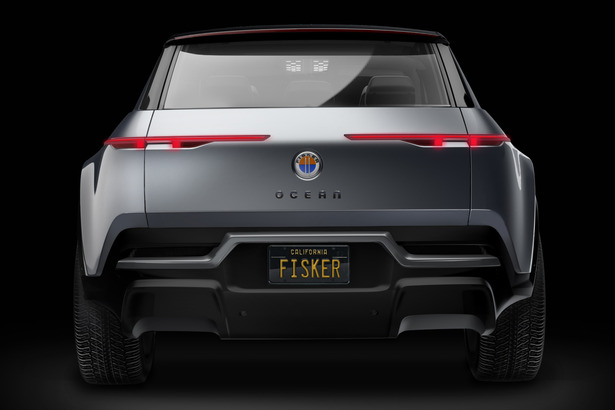 We've never seen taillights like this on any vehicle. Pretty cool.

The electric crossover just debuted at a private event at the Consumer Electronics Show (CES) in Las Vegas. The vehicle is stylistically interesting with a front end that combines a bit of Porsche Macan and Land Rover Velar, while the back end is unique and uses turn signals within the D-pillars and super-thin taillights. Most impressive, however, are the big solar cells in the roof panels that can generate up to 1,000 miles of driving range per year in sunny climes. Needless to say, Chicago won't be the most appealing market for the Ocean. 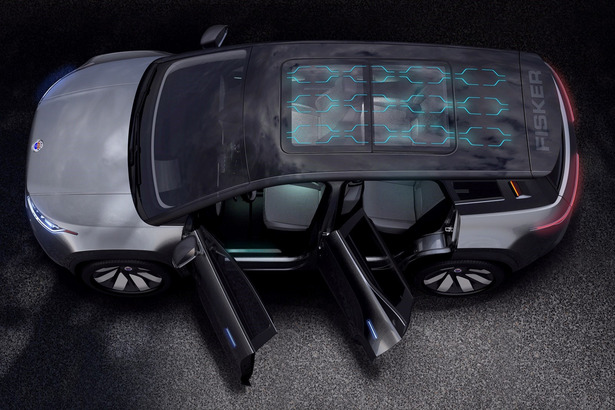 The solar panel won't do much good when clouds move in or when snow dumps. 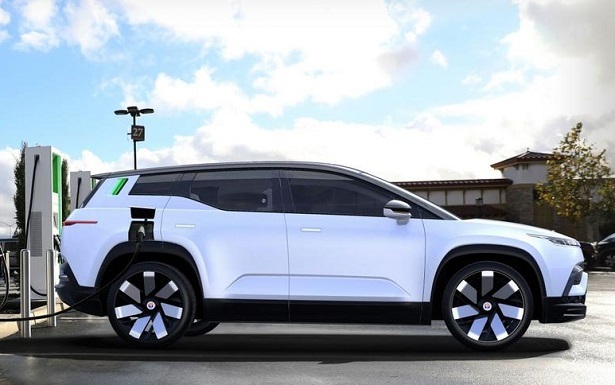 We see some Volvo XC40 and Toyota RAV4 in the profile view.

For the AWD version, there are two electric motors, one mounted over each axle. No charging times have been provided, but the good news is that the expansive Electrify America charging network will be available to Fisker Ocean drivers. This should help ease the mind of anyone concerned about taking the Ocean on a road trip. 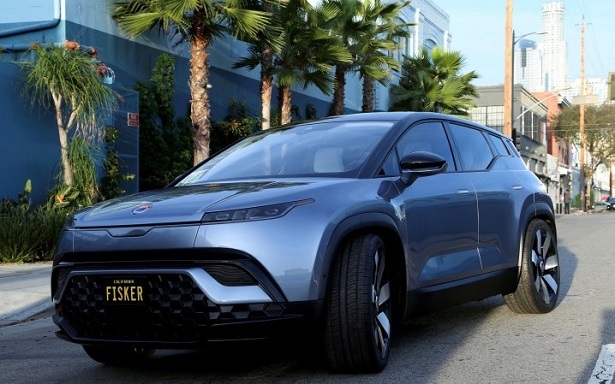 More than just about any single feature, the Ocean is touted as the “world’s most sustainable vehicle” with its solar rooftop, an all-vegan interior (no leather), and recycled material carpeting. It will also make use of recycled fishnets and discarded rubber.

Los Angeles-based Fisker Automotive plans to start building the Ocean in late 2021 for 2022 delivery. It should prove to be a serious contender in an ever-growing field of EVs, and the price is quite remarkable given the technology and level of design. You can make a $250 deposit now, and make a commitment to buy later, as well as configure your Ocean the way you'd like. There will also be a tiered lease program for those who are gunshy about buying a car from a (now) obscure brand. We'll see how much the Ocean makes Elon sweat.