Details have been released about the brand's first SUV 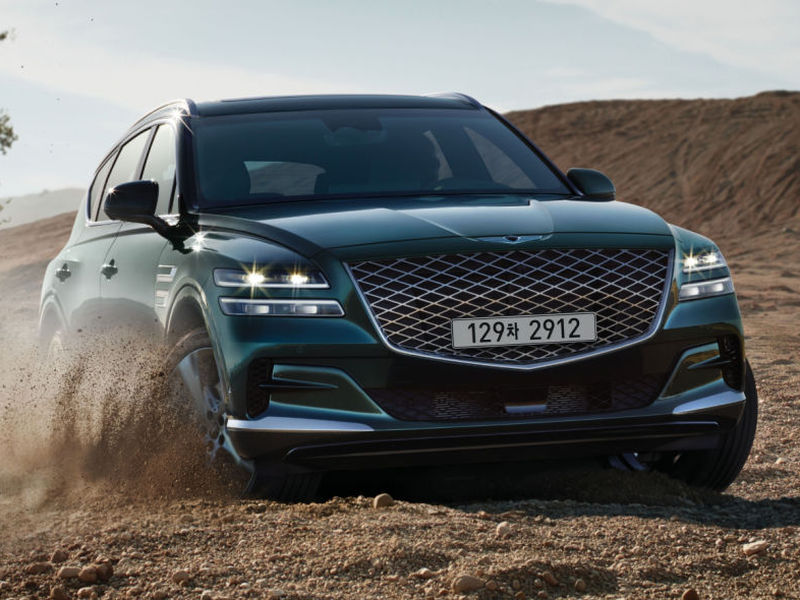 Don't call it a poor man's Bentley Bentayga. It looks way better than that.

We were tantalized by the recent GV80 "partial reveal" last week, we wanted more. The brand just release details at its home country's reveal, and it's every bit as great as we imagined. Perhaps even more so. While the styling isn't as dramatic as the original concept vehicle, it looks refined and attractive from every angle. Let's take a closer look at the important details. 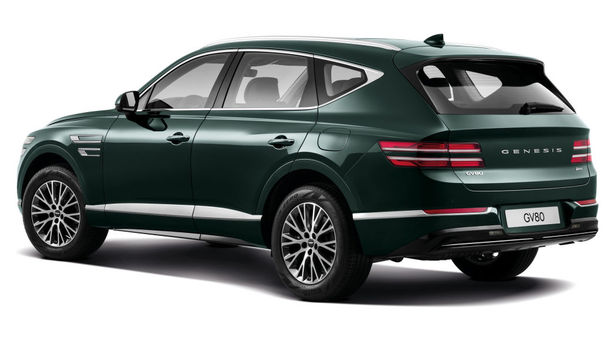 The fancy trim and the forest green paint go well together.

The GV80 is actually rear-drive based rather than so many front-wheel-drive architecture crossovers and SUVs. The result is better styling, better driving dynamics but a higher floor which could compromise the GV80's second-row and third-row space, which is something we've yet to get dimensions for. The overall design is cohesive, and aside from the split lights and fender vents, it's a very clean look. It almost looks like a better version of the Bentley Bentayga, which costs hundreds of thousands more. 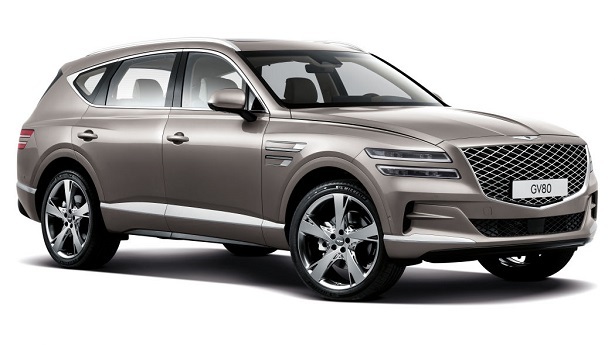 The complex wheels from the concept were revised for production, but they're still quite nice.

We didn't know this before, but the news that Genesis has made the GV80 lighter with aluminum panels is welcomed news. Not only is the hood made with aluminum but also the doors and the rear liftgate. This should help reduce the weight by quite a bit, though the GV80 won't be a light vehicle, by any means.

In terms of power, the GV80 will get two engine choices for the states: a 2.5-liter four-cylinder (290 hp and 310 lb-ft of torque) and a 3.5-liter six-cylinder (no details but likely more than the Genesis G70's 3.3-liter V6 with 365 hp). Both will get either rear-wheel drive or all-wheel drive and the widely used Genesis 8-speed automatic. Models with all-wheel-drive will get a rear limited-slip differential. 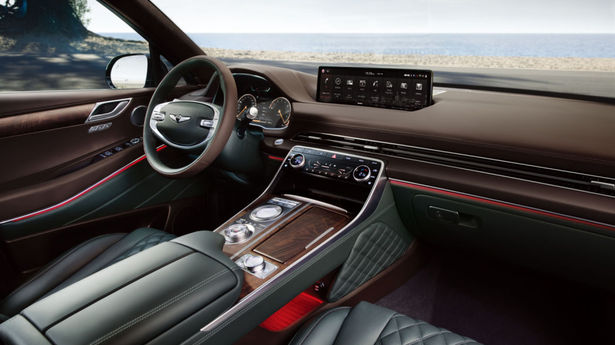 The interior is sumptuous with quilted leather, ambient lighting, matte wood, and a massive screen.

In terms of tech, the GV80 will be loaded with the stuff. There's a nifty adjustable suspension that uses a camera to read the road and make changes automatically based on the surface the GV80 drives on. There will also be augmented reality navigation, a big 14.5-inch infotainment screen that rises from the dash, an advanced adaptive cruise control system with steering assist and automated lane change assist. That system will even adapt to driving styles. We'll take "aggressive" on ours. 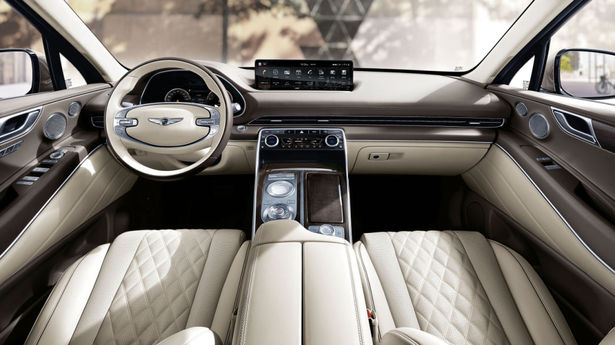 The rest of the interior is about as nice as we've seen. No one will call it derivative thanks to expansive layouts, the unique two-spoke steering wheel with brushed metallic trim, the swooping lower door trim, and the wide waterfall center console with great physical controls (thank you, Genesis, for not making twin touchscreens!).

The base price of the GV80 in South Korea converts to $56,776, but that's for diesel version we won't see here. Additional details of the GV80 for our market are forthcoming, but we're not sure when that information will be available. This might just become the most coveted premium crossover to come down the pipe in a long time, and we can't wait to drive it.