We Saw the Acura Type S Concept at the Chicago Auto Show, and It Could Revive the Brand 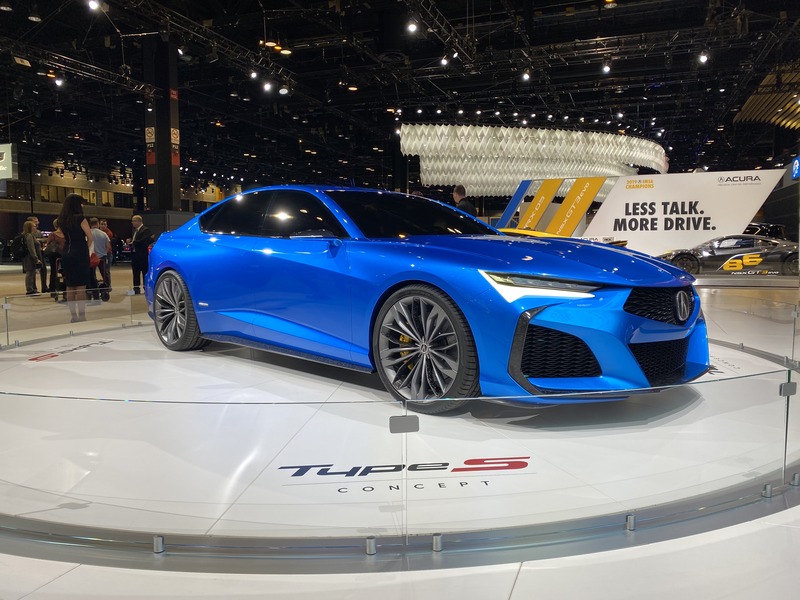 This is one sporty sedan from Acura that we'd actually buy.

Acura's RDX and MDX crossovers are hot stuff, and they light up the sales charts. Their sedans, however, seem to be content standing on the sidelines without many requests. That's why when we saw the Type S Concept sedan at this year's Chicago Auto Show, we were blown away. It's the one car from the brand that gets our blood pumping (even the NSX supercar doesn't look this good). 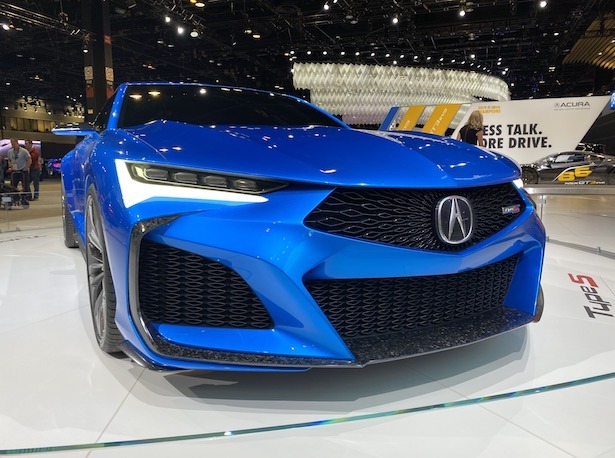 Okay, so it kinda looks like a Lexus, but we love the angles and vents up front.

The fascia has huge center and side intakes, and the new grille and vent pattern, though similar to the current one, is more perforated and still looks very much like the Diamond Pentagon theme they're using today but way better.

We love the bright and bold "Chicane" LED translucent white strip underneath the quad-beam headlights. There's also a big front splitter at the base that curves up around the side vents. The whole front end displays just the right amount of aggression. 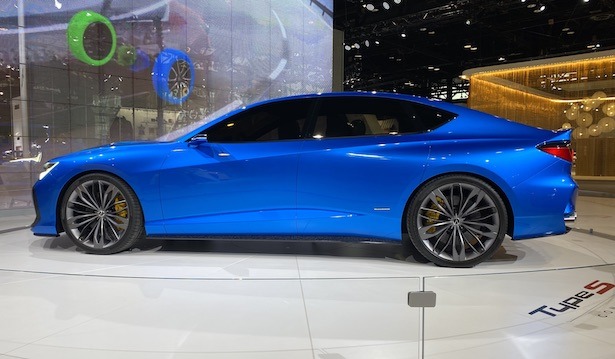 The Type S is beautifully proportioned, and the bright blue paint is arresting.

The body looks both sporty and powerful with a touch of elegance built in thanks to some restraint with  the creases. The rear haunches exude power, as do the huge forged carbon decklid spoiler, the prominent diffuser, and the round quad tailpipes. The "Chicane" LED taillights have some great dimension to them and also have a split housing that looks great in person. Finally, the front and rear splitters (as well as the spoiler) are made of bonded layers of carbon, a feature we doubt future sedans will use due to cost. They sure look the part of a sports sedan, though. 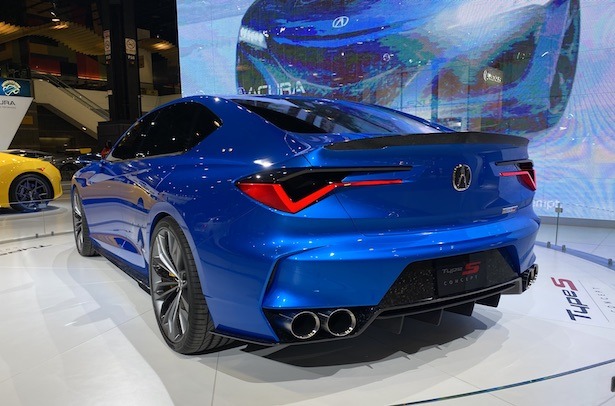 So, will this beauty ever get built? Probably not in its current form, unfortunately. On the plus side, however, it will set the tone for future Acura vehicles, which could certainly use an infusion of design freshness. Here's what the brand said about the Type S Concept:

"The Acura design team set out to express the essence of Precision Crafted Performance through stance and proportion, crafting a silhouette that is powerful and expressive, yet clean and cohesive. Building on the foundational beauty and style of the Acura Precision Concept, the Type S Concept's powerful form is characterized by a wide track and low stance, with an expansive hood that stretches forward from the A-pillars."

The Type S Concept is easily one of our favorite vehicles from the show. Let's just hope Acura actually moves forward with models that resemble this beauty.