These automakers are making quick pivots amid the pandemic 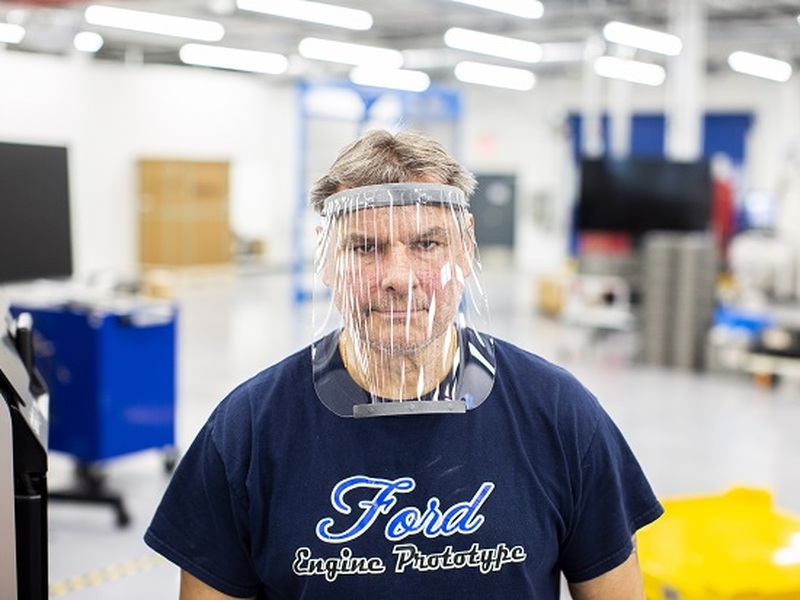 Ford is the latest automaker to assist in manufacturing COVID-19 medical supplies. (image:Ford)

Last week, the federal government called on automakers to step in and help with the production of medical supplies like ventilators and face masks amid serious shortages. After some speculation about whether the major U.S. automakers would take action, it now appears to be all hands on deck after the Trump administration gave the green light. On Sunday, the president sent a clear message to the executives of Ford, GM and Telsa on Twitter challenging them to assist in Coronavirus relief.

Ford, General Motors and Tesla are being given the go ahead to make ventilators and other metal products, FAST! @fema Go for it auto execs, lets see how good you are? @RepMarkMeadows @GOPLeader @senatemajldr

Never ones to turn down a challenge, Ford, GM, Tesla, and FCA are all in. These automakers have donated supplies or officially partnered with medical supply companies to ramp up the production of essential PPE equipment and ventilators. Here's what each OEM is doing to help with the shortages during this crisis. 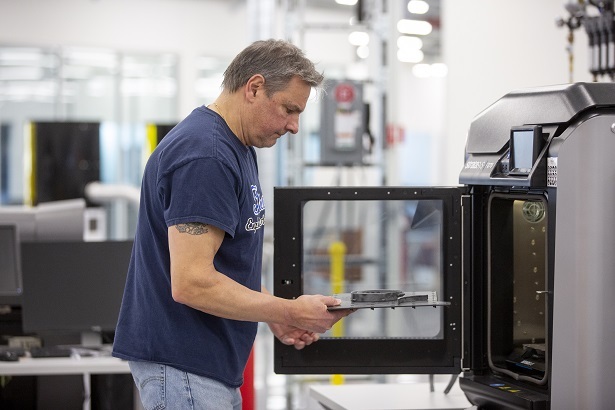 Yesterday, Ford announced that it is teaming up with 3M and GE Healthcare to assist in the shortage of critical medical supplies like respirators and ventilators. Ford is lending its manufacturing and engineering prowess to ramp up production of essential supplies for healthcare workers, first responders, and patients.

3M, a company that produces powered air-purifying respirators, is teaming up with Ford to increase manufacturing capacity by leveraging the automaker's parts and expertise. Off-the-shelf parts like fans from the cooled seats of the Ford F-150, HEPA air filters from 3M, and portable tool battery packs are being used to power the respirators. These "Frankensteined" respirators may be built in a Ford facility by UAW workers and Ford is aiming to increase production for 3M tenfold. 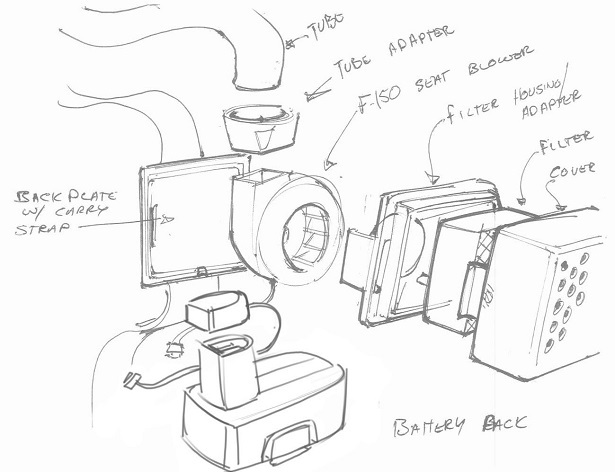 Off-the-shelf parts like fans from the Ford F-150's cooled seats are being put to work.

Ford has also teamed up with GE Healthcare, a manufacturer of ventilators, to boost the production of a simplified ventilator design that will likely be produced at a Ford manufacturing site.

“Working with 3M and GE, we have empowered our teams of engineers and designers to be scrappy and creative to quickly help scale up production of this vital equipment,” said Jim Hackett, Ford’s president and CEO. “We’ve been in regular dialogue with federal, state and local officials to understand the areas of greatest needs. We are focusing our efforts to help increase the supply of respirators, face shields and ventilators that can help assist health care workers, first responders, critical workers as well as those who have been infected by the virus.” 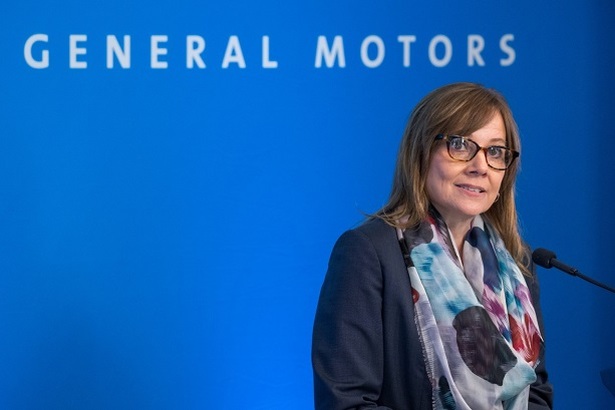 Since the president's announcement last week, General Motors has worked tirelessly to devise a plan to help Ventec Life Systems boost their production of life-saving ventilators. As part of a joint effort between the automaker, Ventec, and StopTheSpread.org, GM is planning to share their logistics, purchasing and manufacturing knowledge with Ventec to scale production. 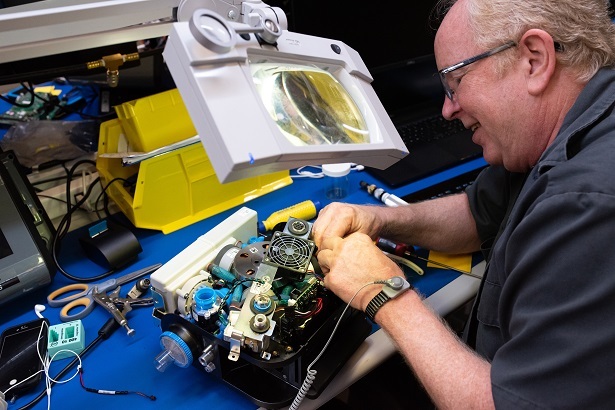 GM is considering utilizing UAW workers to build Ventec ventilators at its Indiana plant where vehicle production is now suspended. The goal is to build up to 200,000 ventilators to offer relief for the shortages that overwhelmed hospitals are experiencing.

“We are working closely with Ventec to rapidly scale up production of their critically important respiratory products to support our country’s fight against the COVID-19 pandemic,” said Mary Barra, GM Chairman and CEO. “We will continue to explore ways to help in this time of crisis." 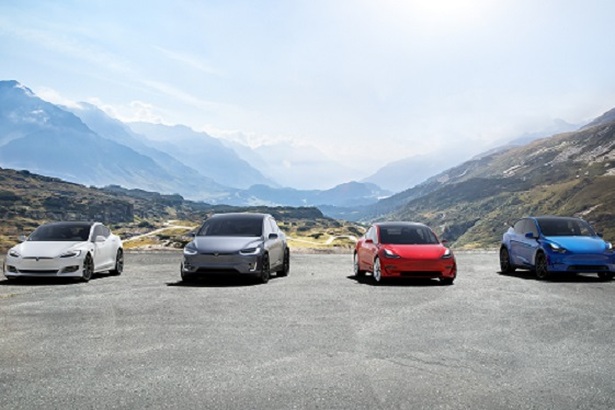 Telsa's outspoken CEO, Elon Musk, is undoubtedly controversial, but there is no denying he has stepped up to help in the Corona relief efforts alongside fellow U.S. automakers. On Monday, Musk announced that Tesla has purchased 1,255 ventilators and had them flown to LA to be distributed to hospitals.

The luxury electric vehicle company has also donated 50,000 surgical masks to the University of Washington School of Medicine along with medical supplies like masks and gowns that were sent to UCLA Health.

Although a formal partnership has yet to be announced, Tesla is in talks with Medtronic, a medical device company, about assisting with the production of ventilators. This week, Musk tweeted that he is actively communicating with the company about stepping in to help with engineering the life-saving devices. 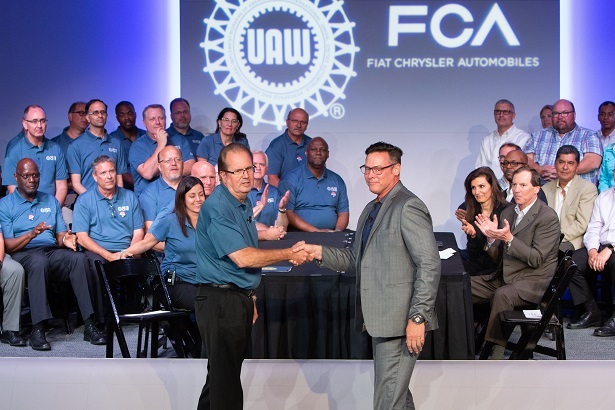 FCA is raising their hand to protect those on the front lines fighting COVID-19.

The shortage of face masks for health care workers, first responders and patients is so dire that some hospital staff members have been forced to create makeshift masks from bandanas and scarves. There are even instructions online on how to sew masks at home for a DIY approach. Now FCA has raised its hand to help.

The parent company of brands like Jeep, Dodge, and Ram is fighting the war against the Coronavirus by helping those on the front lines. The company announced they will manufacture and donate more than 1 million protective face masks per month with manufacturing set to start in the coming weeks. The masks will be distributed to police, EMTs, and firefighters, as well as to workers in hospitals and health care clinics across North America.

FCA CEO Mike Manley said: “Protecting our first responders and health care workers has never been more important. In addition to the support we are giving to increase the production of ventilators, we canvassed our contacts across the healthcare industry and it was very clear that there is an urgent and critical need for face masks. We’ve marshaled the resources of the FCA Group to focus immediately on installing production capacity for making masks and supporting those most in need on the front line of this pandemic.”