The 2021 Toyota Sienna Minivan Gets Great Styling and Hybrid Power, Too

Dare we call it the coolest minivan on earth? 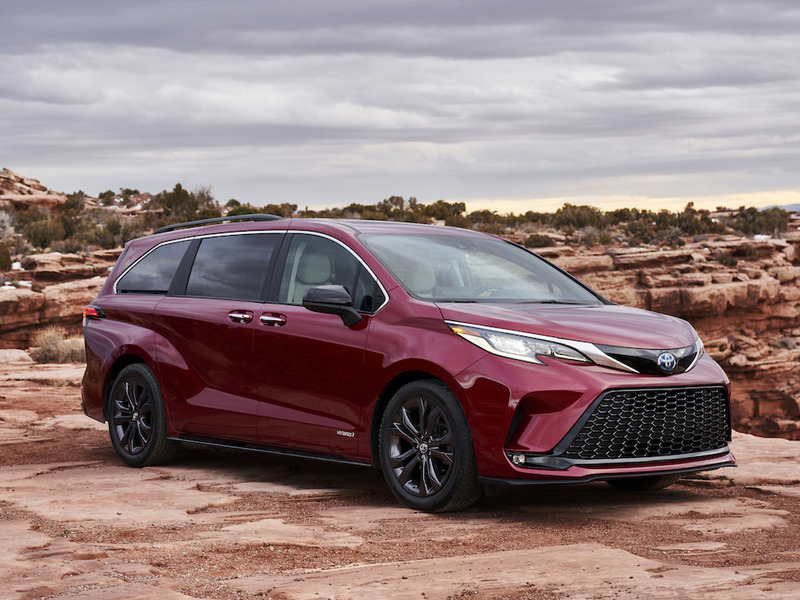 Yes, we can honestly call the new Sienna sexy. There, we said it.

Minivans are a reality in the American automotive landscape. Sure, they don't sell nearly as well as they used to, but families still need practical space to prevent sibling infighting, an insane number of cupholders/charging ports, and easy ingress/egress for the kiddos. That said, minivans just aren't exciting to drive, efficient, or particularly good to look at. Toyota wants to at least change some of that with the new 2021 Sienna, and it looks like they just might pull it off. Upon first glance, our reaction was, "Wow, now that's a good-looking minivan." We must be getting old. 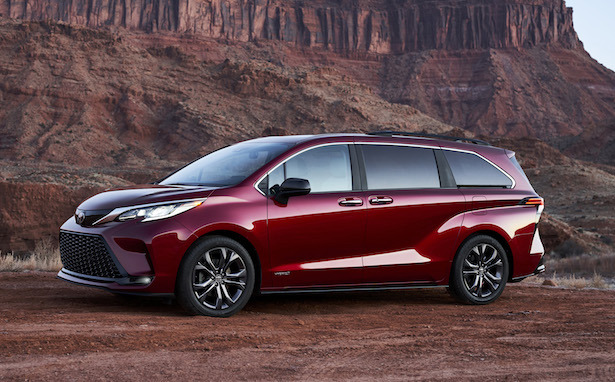 The new Sienna has been completely redesigned, and it's more than just cosmetic. But before we get to the benefits of the new TNGA-K platform, everyone will notice that it looks like no other minivan out there. Unlike the somewhat awkward-looking Honda Odyssey, the new Sienna actually looks aggressive and head-turning, relatively speaking. No other minivan out there has been styled this dramatically, and obvious cues from both the Toyota Supra sports car and the new Highlander crossover are evident, especially in the front fascia and the rear quarter. The back end taillight treatment comes straight from the Camry with the outer edge bleeding down into the lower rear fascia. 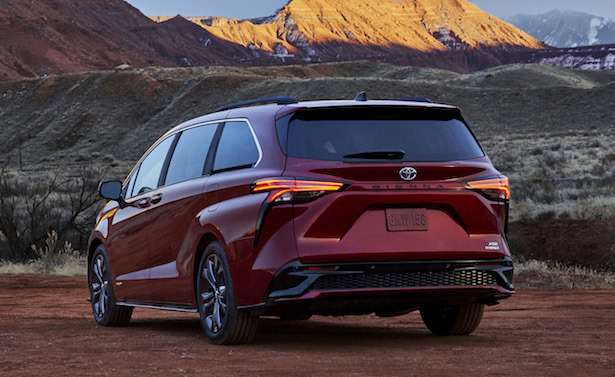 Toyota describes it as a minivan with SUV-like style, which we interpret as bigger fenders and an overall more aggressive stance. Sure, the short hood and long box body are still present, but the sinewy and muscled styling elements are obvious and very well-executed. The lower front fascia juts out with that big black mesh grille, and the body lines and contours come together nicely toward the back just above that huge rear fender bulge. Toyota took some serious risks, and it paid off nicely. It looks nothing like the current Sienna that has outlived its shelf life.

Perhaps more than just the styling is the fact that the new Sienna will be hybrid only. No plug-in, no straight gas engine, just hybrid power. The powertrain consists of a 2.5-liter naturally aspirated four-cylinder combined with two electric motors up front, but the all-wheel-drive version adds a third electric motor to power the rear wheels. Total system output is a healthy 243 horsepower, and efficiency is solid at 33 mpg combined. 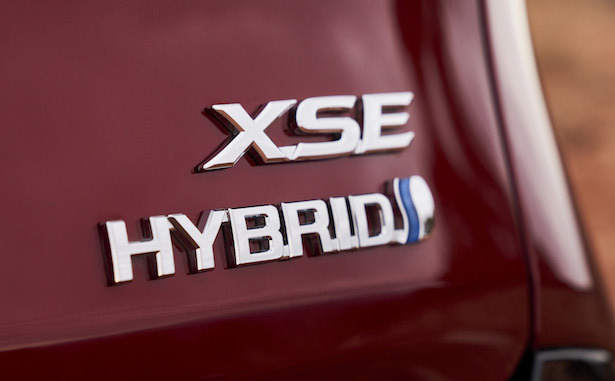 As we mentioned before, the new Sienna is built on the new TNGA-K platform, which it shares with the new Highlander and the RAV4, to name a couple. The payoff in terms of ride quality and handling should be palpable. In AWD trim, the Sienna will prefer rear-wheel drive (up to 80 percent), so that should pay off in the are of driving dynamics. The new Sienna also gets a Sport mode that uses hybrid power to boost acceleration. It will even use the electric motors to help the big van corner better.

The new XSE model, which you see here, will get special suspension tuning to make it even more fun to drive. Although there's no power increase, the stiffer suspension setup should result in improved handling. The styling, of course, is more aggressive with more black and less chrome, and that's always a good thing in our book. The 20" wheels are a nice touch. Just don't look to drag race any pony cars. 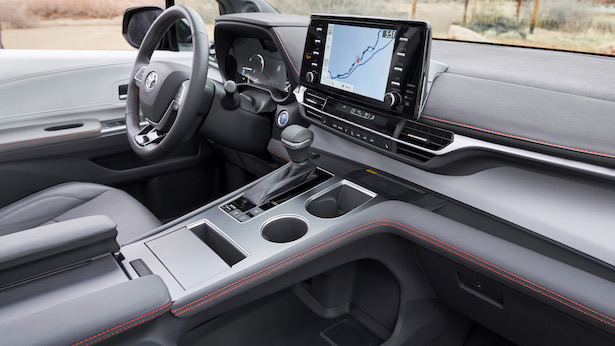 Toyota's move towards more expansive cabins shows up nicely in the new Sienna.

The interior gets big gains in terms of tech and style. Standard is a large-ish nine-inch touchscreen infotainment display with Android Auto, Apple CarPlay and Amazon Alexa. There are also seven USB ports in the cabin. There's also an available head-up display, a new Predictive Efficient Drive system, a digital rearview mirror, vacuum cleaner, refrigerator and a 1,500-watt inverter.

In terms of safety, the new Sienna gets the slew of driver assistance systems as standard equipment with adaptive cruise control, lane-centering assist, blind-spot monitoring with rear cross-traffic alert, as well as a brand new rear-seat reminder so kids, pets, or belongings don't get left behind (yes, that's in order of importance, in case you didn't notice). You can also get Captain's Chairs in the second row.  The seats slide a full 25 inches to be exact. No pricing has been announced, but we're guessing with all these features and the hybrid engine, it will certainly go up from the current $31,640 base MSRP.

The current Toyota Sienna might just be what you need right now. Check out our detailed review below: 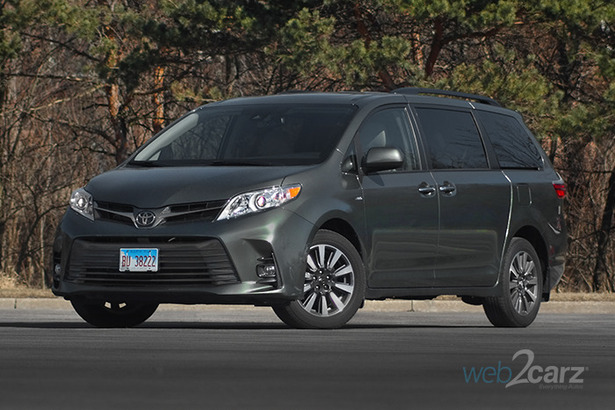