Does the Second Coming of the Toyota Venza as a Premium Crossover Hybrid Make Sense?

Where would this slot in again? 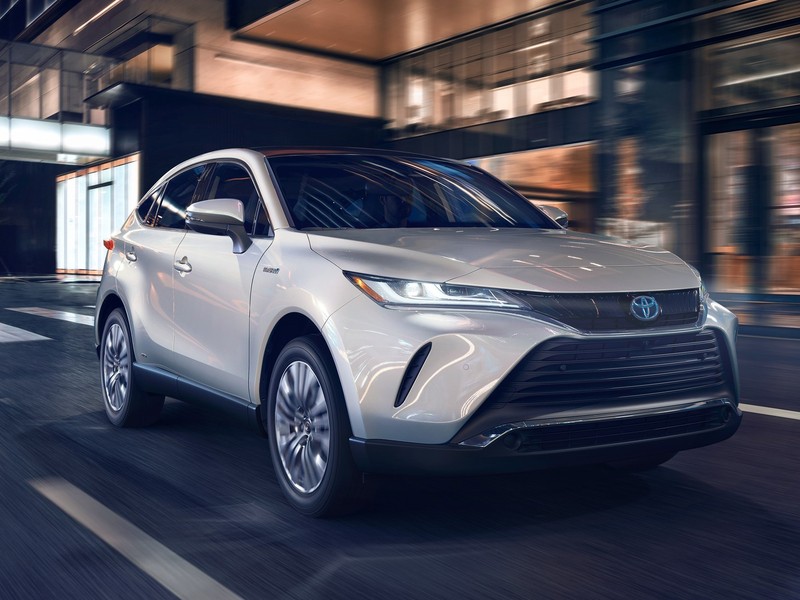 They haven't redesigned the Tundra, but a new crossover is here.

Does Toyota reallly need a new crossover, a hybrid one, at that? They have the RAV4 Hybrid, which sells like hotcakes, and the new Highlander Hybrid. Now, they're bringing a new member info the lineup and, guess what? It's a hybrid crossover called the Venza. No, it's not the first-generation Venza that was pretty much a puffy station wagon that no one was interested in. That sucker died in 2015 after only a few years on the market. This time, the Venza gets resurrected a something that will hopefully fly off the showroom floors faster. 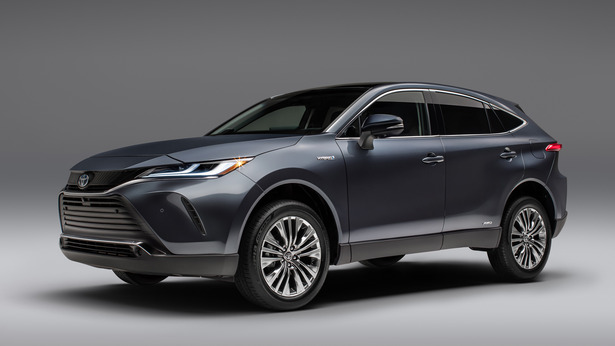 It's actually based on the existing Toyota Harrier that's already selling in Japan. The Harrier used to be based on the Lexus RX, but now it's a standalone model. The new Venza will actually slot in between the RAV4 and the Highlander, but it's mean to be a tad more upscale. The Venza uses the new TNGA-K platform like both the RAV4 and the Highlander. We can't quite make up our minds whether we like the somewhat generic styling. It's attractive but not necessarily original or head-turning. The thin headlights and taillights look upscale, at least. 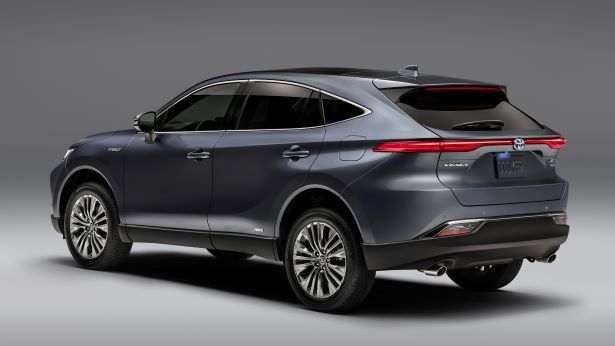 The Venza will get a single powertrain: a 2.5-liter naturally aspirated four-cylinder coupled with three electric motors that churn out a total of 219 horsepower. The kicker is that it's the exact same powertrain as the new RAV4 Hybrid. The new Venza is aiming for the 40 mpg combined of the RAV4 Hybrid, which is a seriously impressive number. Do they weigh the same? We doubt it, but we're guessing the new Venza has a lower drag coefficient (meaning it's more aerodynamic). 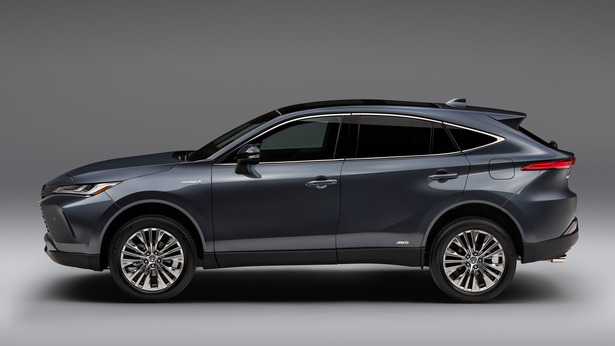 The Venza's battery pack is located low beneath the rear seats, which doesn't impinge on space. The 37.3 inches of second-row legroom, however, isn't especially roomy compared to competitors like the Honda Passport and the Hyundai Santa Fe, although the Venza will definitely get better mileage than both of those thanks to its hybrid powertrain. 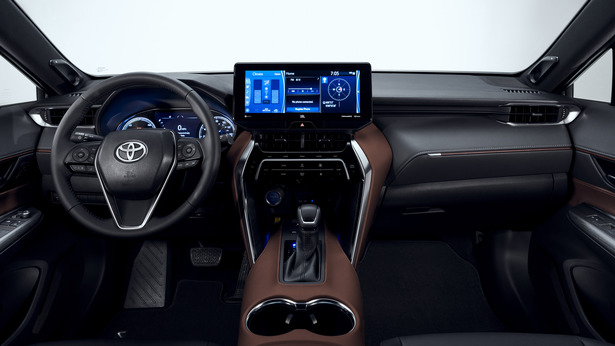 The Venza's interior definitely looks premium and sports some of the same styling as its siblings. The infotainment system, steering wheel, and dash styling look the same as the Highlander, but the center stack is more aggressive, and it uses touch-capacitive controls instead of physical knobs. There's a big 12.3-inch touchscreen that's standard on Limited trim and optional on the next lower tier XLE. Lower trims get regular physical knobs. The Venza also gets Apple CarPlay, Android Auto, and Amazon Alexa standard (finally). 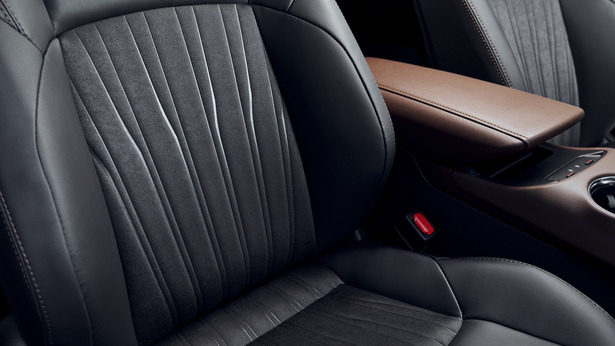 One of the coolest features is an electrochromic moonroof that can adjust transparency from clear to frosted. That's pretty high end, if we say so. An optional 10-inch head-up display is in the mix, too. It even gets an optional digital rearview mirror that cuts past obstructions inside thanks to its camera-based view. What's more, the nav system is ingenious and will analyze road conditions and driving habits to maximize battery charging while driving. There's also an HVAC system is known S-FLOW, directing cooling to occupants in seats (this helps with efficiency).

Finally, the Venza gets a slew of standard safety equipment that Toyota is known for: the entire suite that includes adaptive cruise control, lane-centering, blind-spot monitoring, and rear cross-traffic alert come at no extra cost. It looks the Vena will be seriously appealing, but we're just not sure it won't cannibalize sales from the RAV4 Hybrid and the Highlander Hybrid. Maybe this would be better off as a Lexus?