Not just for a little bit of gravel 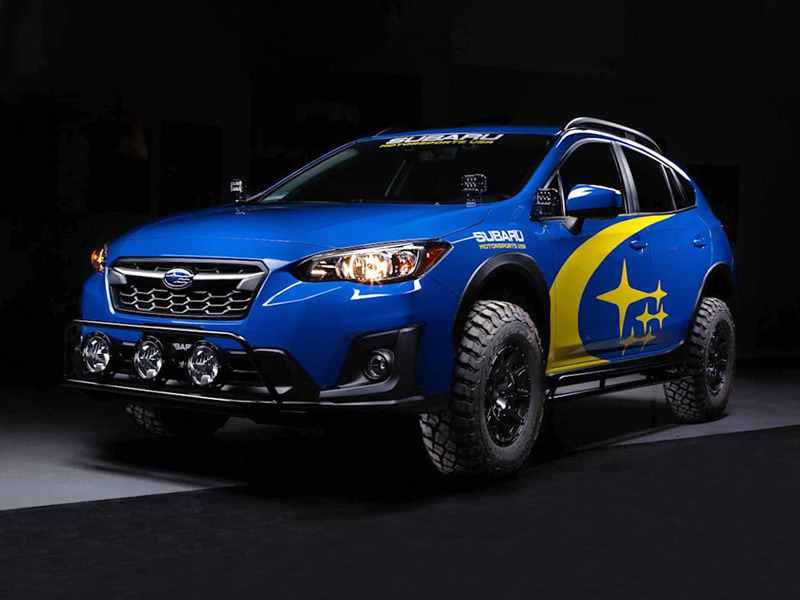 A Crosstrek we'd love to own and get seriously muddy.

We like the Subaru Crosstrek, for the most part. It's ruggedly cute and has the four-seasons convenience of all-wheel drive. It's also the least bloated of the crossover styles from Subaru. But if we had our druther's, we would choose this rally-good version by American tuner Crawford Performance. Not only does it vastly improve on the Crosstrek's ruggedness, but it also bumps up the power. And just take a look at those chunky tires. 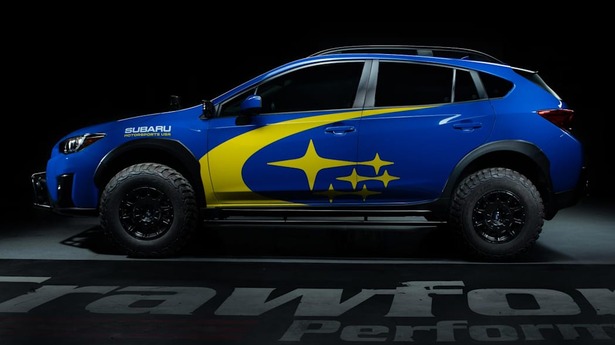 California-based Crawford Performance just happens to be the only aftermarket parts manufacturer that's been approved by Subaru, so it was only right for them to take on this project. Their Crosstrek benefits from a power increase after the existing naturally-aspirated 2.0-liter flat-four engine was massaged to bump the output from 152 to 167 horsepower. While that's not earth-shattering, more is almost always better.

It also received a suspension lift that adds 2 inches of ground clearance to the front and 1.5 to the rear. This puts the crossover hatchback's clearance at just over 10 inches overall, pretty damned close to the Jeep Grand Cherokee Trailhawk at 10.8 inches. 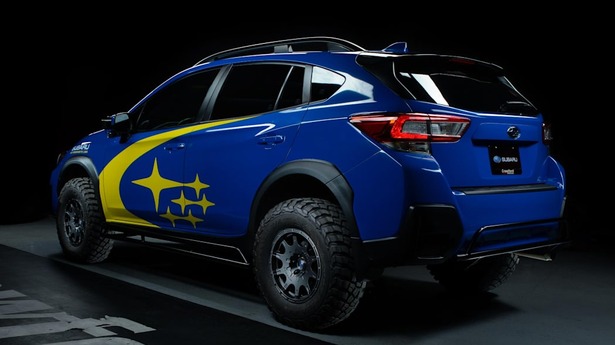 In order to make its Crosstrek actually off-road worthy (versus mildly off-road in stock form), Crawford Performance added rugged bits like includes aluminum strut spacers, strut extensions, sway bar link extensions. functional aluminum skid plates, beefy protectors for the bumpers and rocker panels, as well as much larger tires with an off-road tread pattern. Triple front rally lights and LED spotlights at the A-pillars top off the goodies. The sad part is that the car still has the CVT, which we loathe in essentially all cars that get cursed with one.

You can spend $550 on the package that adds some of the components mentioned above, but you can also pony up a not astronomical $35,000 for a version that lands somewhere in between the base Crosstrek and the little beastie you see here.

A used Subaru Crosstrek is affordable, rugged, and practical. Read our take on it below. 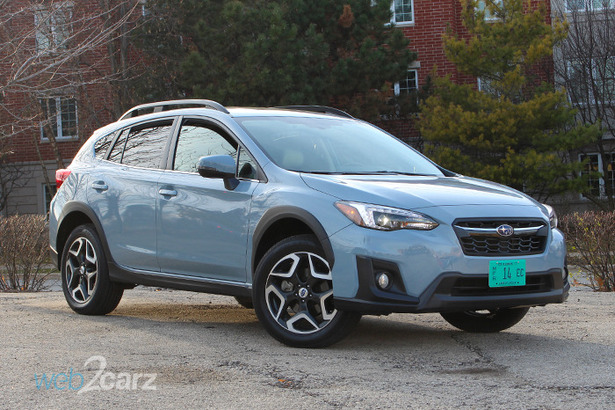