The 2021 Nissan Rogue Steals From the Toyota RAV4 Playbook

Can it win back the title of best-selling small crossover? 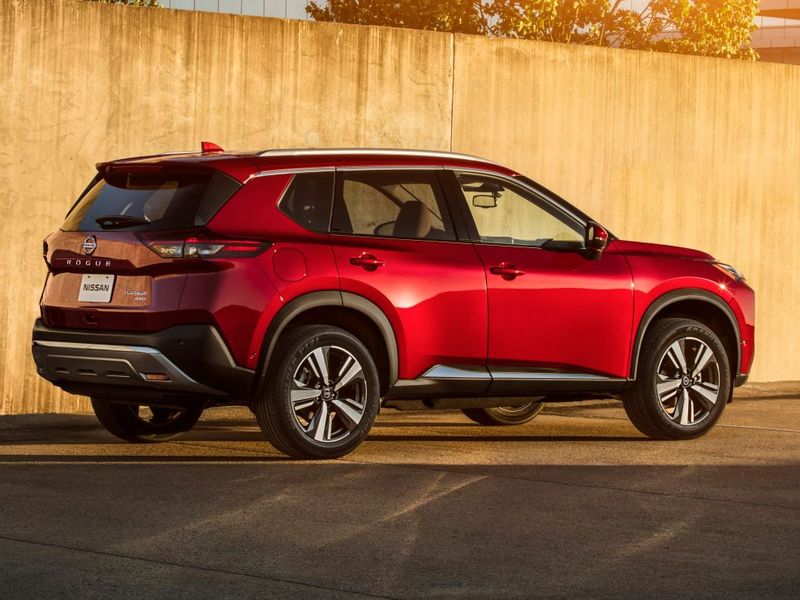 Just about everything is improved except for the powertrain.

Not long ago, the Nissan Rogue ruled the roost for crossover sales. Yep, it beat out sedans and even the Toyota RAV4 for the best-selling passenger vehicle. But that didn't last long, and it lost its footing. Nissan's reputation wasn't far behind, and now they're faced with having to get back some market share that they'd lost in 2019. The new Rogue was just unveiled, and this is what it looks like. 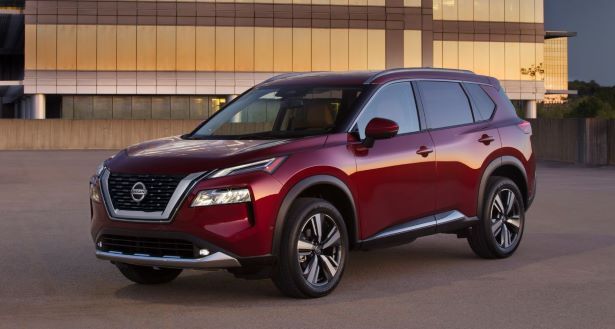 The Rogue is edgier, chunkier, and gets a more rugged presence.

Although we don't dare call the new Rogue attractive, it does have a stronger look than the outgoing model. That vehicle wasn't bad looking, but it started to look less distinct among competitors like the new Toyota RAV4, Ford Escape, and the Chevy Blazer. In fact, we think it borrows some of the RAV4's looks, which isn't the worst choice since the RAV4 looks tougher than ever before and tops the sales charts. 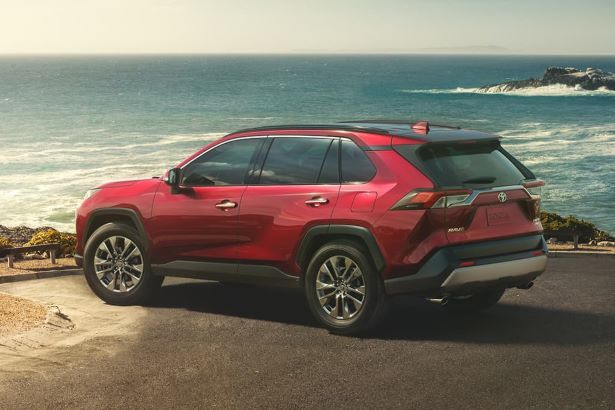 The Rogue has some of the same styling cues as the new Toyota RAV4.

The front end has a chunkier look with headlights below the slimmer daytime running lights. The V-Motion grille gets updated with a sharper angle towards the leading edge of the hood, and it appears that it's now more of a matte finish rather than shiny chrome. Even the intakes below the headlights seem to steal as styling cue from the Toyota 4Runner TRD. 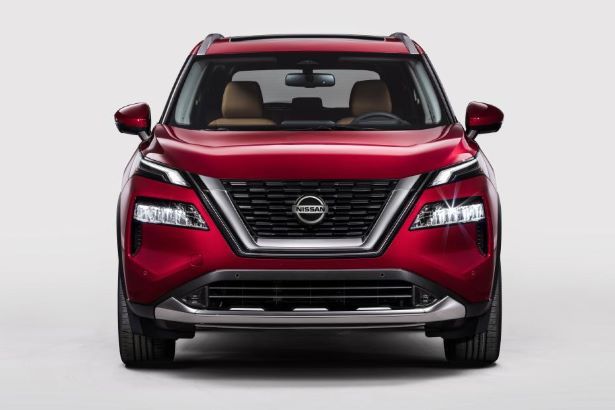 The body loses a little of the contouring from the outgoing model but gains prominent creases above the wheels and more of a floating roof look with its thicker C-pillar and more angular side rear window frame. You can even get a contrasting roof color to complete the floating roof look. A portion of the C-pillar is also blacked out, similar to the Toyota RAV4. 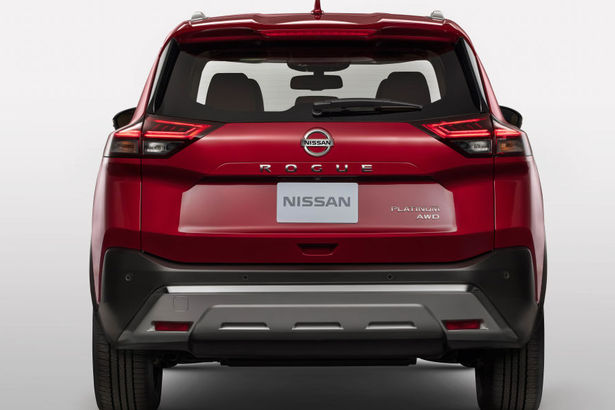 The rear of the new Rogue is less dramatic than the front end, but it's definitely blocker than the last Rogue's tail section. The taillights still angle up toward the rear glass but less noticeably in the 2021. There's oddly not much going on below the taillights and above the bumper. It makes the Rogue look a little strange as a result. It also now gets larger "ROGUE" lettering just below the Nissan badge instead of at the left base of the tailgate in the 2020. 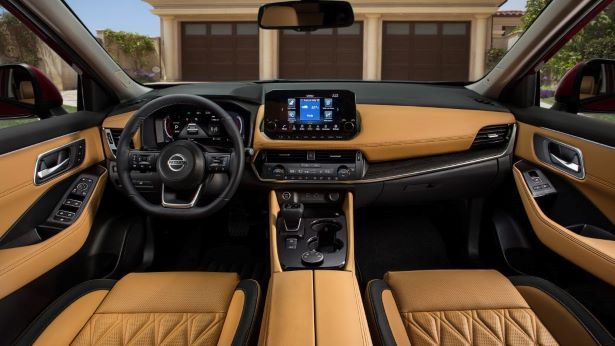 Even the interior looks like the RAV4's, and the results are pretty nice.

The biggest change shows up in the Rogue's cabin which is about ten steps up from the old one. The layout is more open and modern. The bulging rounded shapes are gone, and it looks far more streamlined including the infotainment screen that sits atop the dash versus embedded within. Nicer trims get a 9-inch screen, a 12.3-inch instrument cluster, and a 10.8-inch head-up display.

All Rogues come standard with Bluetooth connectivity and Apple CarPlay and Android Auto. Wireless CarPlay and cellphone charging will also be available on some trims. Higher trim levels get even more refinement with uniquely quilted leather seats and leatherette on the dashboard, nice matte faux wood trim and contrast coloring all over. 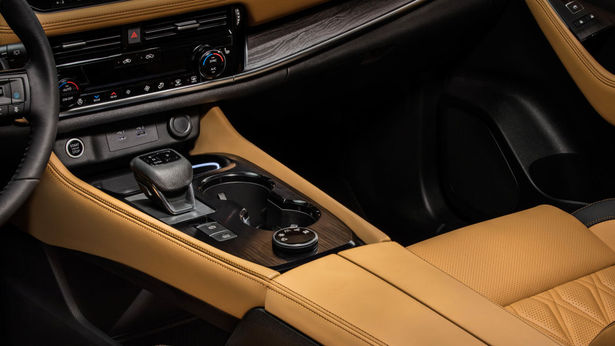 The semi-autonomous ProPilot Assist is available and has been refined for better traffic mitigation and smoother braking. When the Rogue is equipped with Navigation, the ProPilot Assist system has the ability to slow the vehicle down for curves and ramps on interstate roadways. Our favorite part might just be the system's ability to adjust the cruise control speed based on traffic sign recognition. 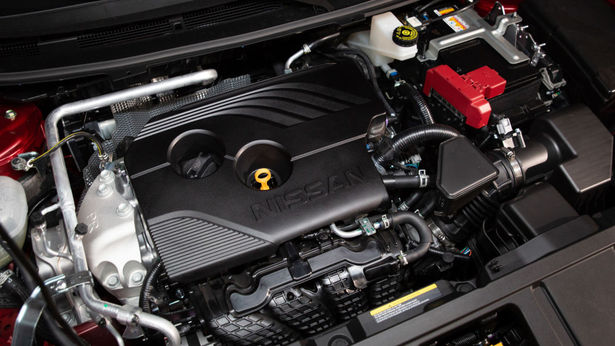 We're not so jazzed about the engine that only receives 11 more horses to the tune of 181. Torque jumps a whopping 6 lb-ft. The motor is still a 2.5-liter naturally-aspirated four-cylinder. We're hoping thee throttle response, suspension, and steering feel/effort have been improved, at least. The last Rogue was actually one of our least favorite crossovers to drive.

The new Rogue goes on sale this fall, but pricing hasn't been announced yet. We're guessing it's going to be a tad higher than the current base MSRP of $25,300.