The Next Ford F-150 Gets Teased With Huge LED Lights 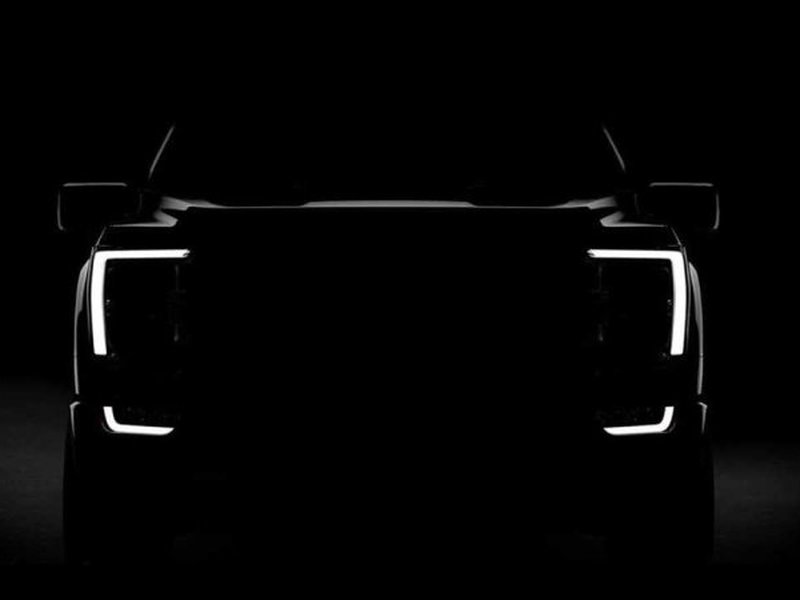 There will be no mistaking the next F-150 for any other truck, day or night.

Although we're not privy to specific sales figures for the F-150 light-duty pickup truck, we do know that the F-Series trucks nail the top spot in sales every year. For 2010, Ford sold an astounding 896,526 units. The current F-150 (13th generation) has been crushing the numbers even though it's been largely unchanged since its introduction in 2015. It's high time Ford brought us a new one, and that will happen for the 2021 model year. The company just dropped a teaser showing the daytime running lights (DRLs) with an even bolder pattern. 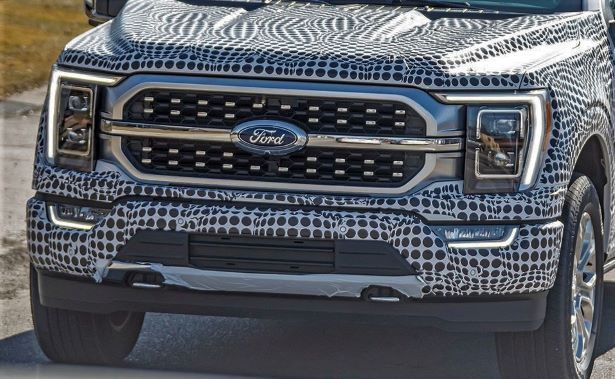 This spy shot shows us what the bold front end will look like. (image: Autonews Canada)

The LED light pattern is different from the 2020 model's but not drastically so. The double-C pattern from the current truck is replaced by more of a single-C pattern that's broken up by the top portion of the bumper, and the pattern continues in the lower fascia around the foglights. It also appears from the spy shot above that the double chrome bar from the 2020 model is gone, replaced by a single thinner bar. The grille pattern is also no longer mesh but a stippled 3D pattern shows up instead.

Ford doesn't want to mess with success, it's absolutely true that they need to go up against Ram and Chevy since the Silverado and Ram 1500 have been redesigned recently with fresh and aggressive styling. It seems the size of the grille and the complexity of the lights play a big role with modern pickup trucks, and you can no longer get away with just a simple eggcrate-style grille and squarish lights (tell that to the aging Nissan Frontier).

The current F-150 styling has gotten a bit convoluted in front.

We don't have a ton of information about the rest of the truck, but don't look for anything really radical in the styling of the body. We expect the 14th-generation F-150 to still be recognizable from the side view. And let's face it, there's not a ton you can do to make the tailgate look dramatically different since it still has to serve a utilitarian function. It also appears that Ford will keep that dropped lower edge of its front side window that's become quite the signature for the model.

We do know that Ford will bring a much larger touchscreen to the F-150. The largest size right now is a mere 8 inches, which is quite a bit smaller than Ram's optional 12-inch vertically-oriented version. There will also be a large and fully digital instrument cluster with driver data. Perhaps the coolest part of the next F-150 won't be in the way of technology but in the area of comfort. There will be a sleeper seat for the front passenger that folds completely flat for dedicated snoozing when those trips get long. Ford even went so far as to say it could allow owners to live in their trucks. Maybe not the best marketing angle. 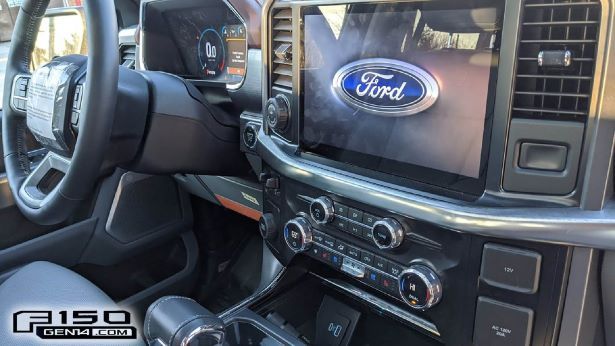 Spy shots show the much larger touchscreen and digital instrument cluster in the next F-150 (image: F150gen14.com)

In terms of what's under the hood, the F-150 will still get six- and eight-cylinder engines, including a twin-turbo (EcoBoost) 2.7-liter V6, a 3.0-liter turbodiesel V6, and a 5.0-liter V8. As usual, rear-wheel drive and a 10-speed automatic transmission will come standard, and four-wheel drive will be optional. On a more significant note, Ford has officially announced that the F-150 will get plug-in hybrid and electric variants. For non-environmental folks who want nutty power, we expect the F-150 Raptor off-road monster to get its V8 engine back. Woo hoo!

The official reveal for the new F-150 will be done on the internet on June 25th, and we'll see it in the digital flesh. The truck will start selling in the fall of 2020 as a 2021 model, and pricing and specs will come at or shortly after the reveal event.

The Ford F-150 sells in big numbers for a reason. Read our most recent review. 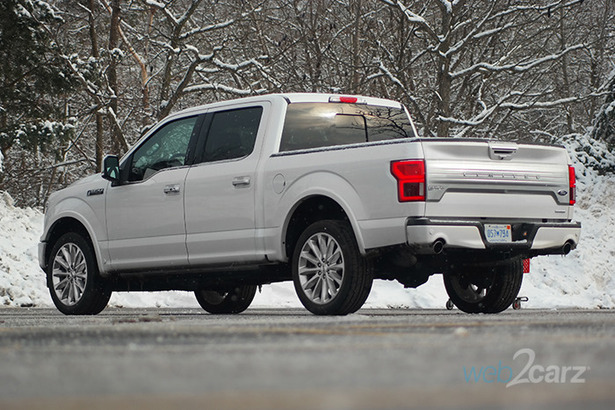 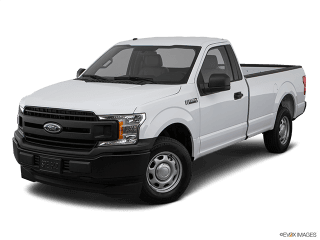