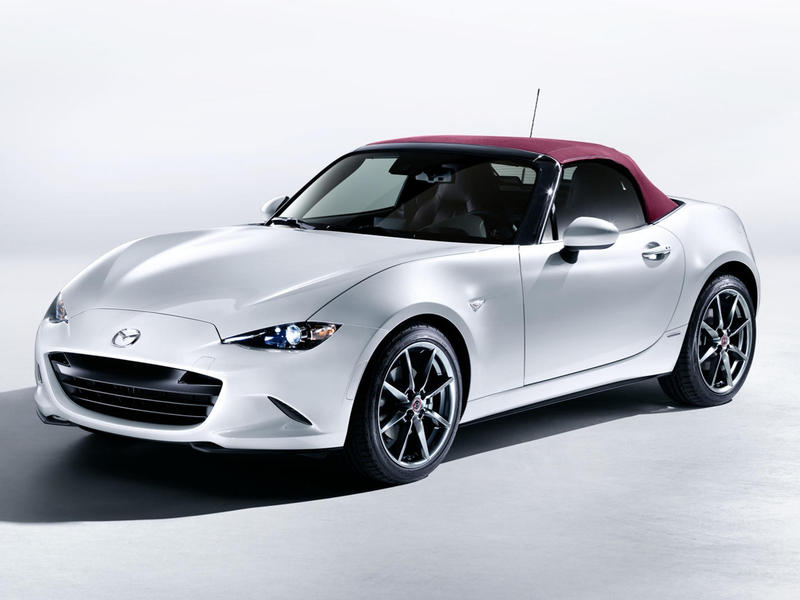 There's so much we love about the venerable Mazda MX-5 Miata. For less than the price of the average new car, you get a fun, tractable, handsome roadster that delivers more driving thrills per dollar than cars costing twice as much. Now, the brand is celebrating 100 years with a line of special edition vehicles including the 100th Anniversary Special Edition Mazda MX-5 Miata that's just for the American market. Who says everyone hates America? 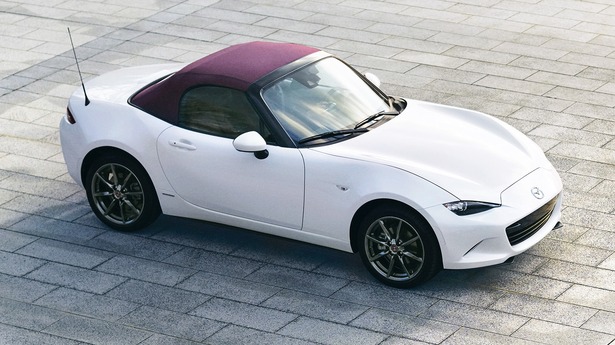 The MX-5 will come in a single colorway, and the RF retractable hardtop gets a black roof.

Although there are no horsepower or torque increases, it does get some special touches to celebrate the special occasion. The new MX-5 100th Anniversary is based on the top-trim Grand Touring model, which means it's loaded to the teeth with the best features available for the Miata.

Special trim bits include a “100 Years 1920-2020” badge on the rear quarter panel, just in front of the back wheel. There are also special red and black center caps with a 100th Anniversary logo for the 17-inch dark-silver wheels. The soft top model gets a Snowflake White Pearl Mica paint job with a red cloth top, while the RF receives the same paint paired with a black retractable hard top. 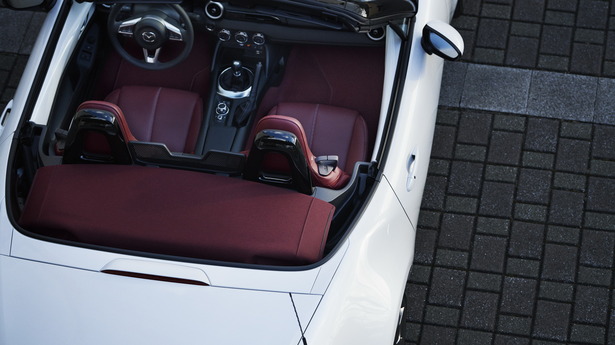 Step inside the sporty cabin of the 100th Anniversary Edition, and you'll find supple and supportive red Nappa leather seats, red carpeting, and red floor mats to give it a look like no other Miata available today. The seat headrests and the floor mats receive 100th Anniversary logos, and there's also a special embossed 100th Anniversary key fob that arrives in a presentation box. Ooh, that's nice. 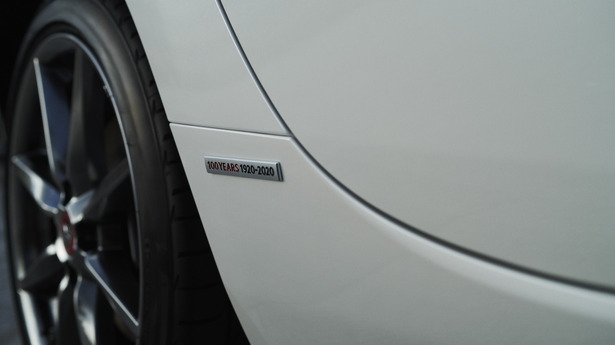 So, how will it drive? Well, about as good as a stock Miata can drive thanks to its rear-wheel drive configuration, slick 6-speed manual transmission, high-revving 181-horsepower direct-inject SkyActive inline 4-cylinder engine, Bilstein dampers, limited-slip differential, front shock tower brace, and a sport-tuned suspension. Mazda has made one of the most entertaining cars in the world for barely more than the price of a crappy Nissan Rogue, which is the automotive equivalent of Valium. 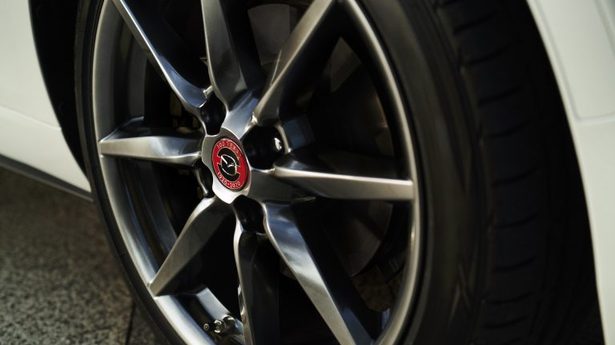 The special edition car will cost more than the base vehicle, and a step up from the regular Grand Touring model (by only $1,000) at a still impressive $33,615. A 100th Anniversary Edition RF with the manual transmission comes to $36,370, only $1,000 more than the stock RF.  Even the automatic transmission versions cost a grand more than the Grand Touring and the RF, as well. That's a bargain for a limited edition that will get snatched up faster than you can say, "Zoom, Zoom". 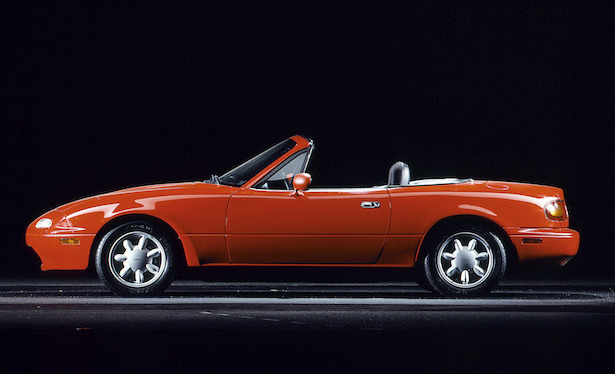 The little roadster that started it all 60 years ago.

Mazda hasn't announced a sale date or the number of units of the 100th Anniversary Edition it will produce, but expect them to show up later in 2020. If your heart is set on it, we'd suggest you head to your nearest Mazda dealership and put up a deposit right quick. The Miata in any trim really is one of the best sports cars on earth. Don't forget your checkbook and your COVID-19 mask!

The Miata is one of the best driving cars for the money. Read our review of the world's most popular roadster below: 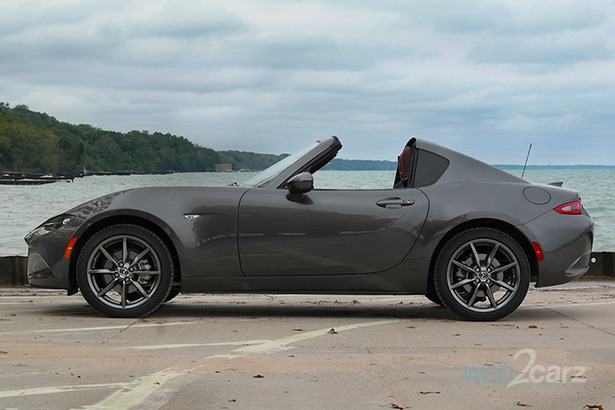