The All-New Kia K5 is a Redesigned Optima, and It's a Beauty

The also-ran family sedan gets sexy 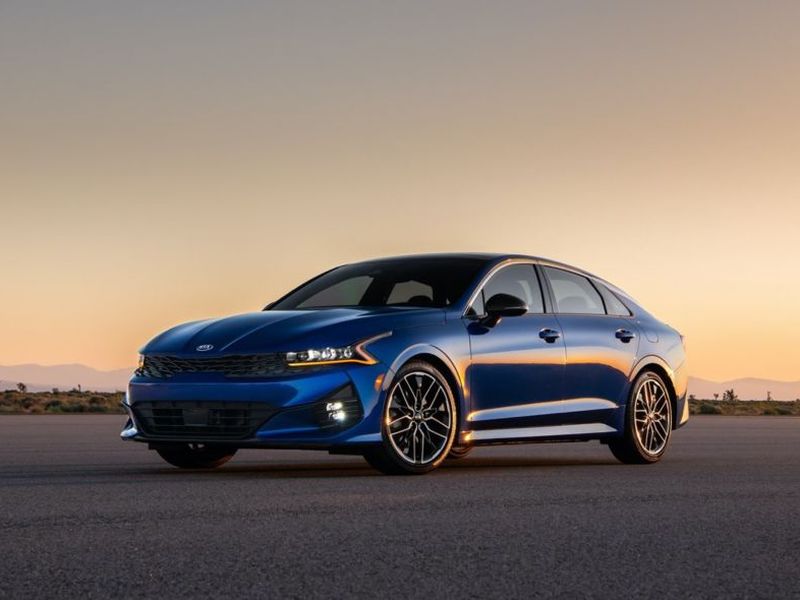 There's really nothing wrong with the current Kia Optima, except for the fact that it gets eclipsed by the big boys, Honda Accord and Toyota Camry. It also gets outsold by its Korean brother from another mother, the Hyundai Sonata. But that may all change once everyone gets a look at the renamed Optima, known as the 2021 Kia K5. 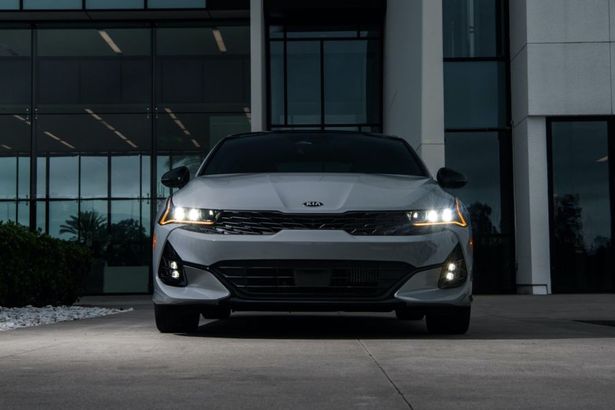 It still looks like an Optima, only so much better.

We'll address the name first. The K5 is essentially the Optima in the South Korean market (North Korea, as you can imagine, doesn't exactly sell cars to its citizens). Now, K5 is the international name  (watch the next K900 change to K9). The new K5 might not have the best name (what's wrong with Optima? Too close to Altima?), but it certainly looks spectacular. It retains the recognizable shape of the outgoing car, only way better. Dimensions are larger, the Tiger Nose grille is more refined, and those sexy DRLs add artistry to the front end. 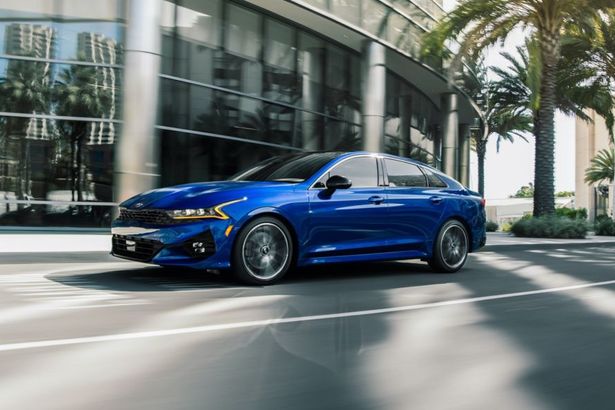 If it looks familiar, the new K5 takes styling cues from the sporty Stinger that's larger, more powerful, but not necessarily better looking than its smaller sibling. This resemblance should equate to better performance for the model, and we hope we're proven right.

Kia gave it creases, curves, and bulges in all the right places to intimate its sporting intentions. The full-width taillights bear similarity to the new Lexus IS's rear end without looking like a copy cat. On the sporty GT trim, it gets a rear faux diffuser and quad tailpipes, adding even more aggression to the new design. 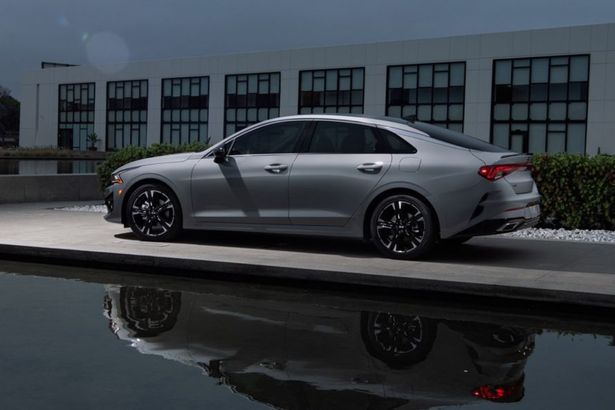 There's also really good news under the hood. The new sedan will get two turbocharged engines. The base engine on the LX trim will be a 1.6-liter four-cylinder good for 180 horsepower and 195 pound-feet of torque (5 fewer horsepower but 17 more lb-ft), paired with an eight-speed automatic transmission driving the front wheels (no CVT! Woo hoo!). 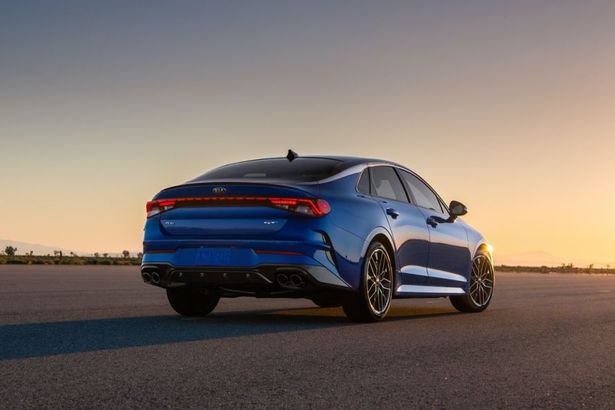 That lovely metallic strip on the K5's C-pillar carries over from the Optima.

The performance-minded GT model is for those wanting to extract more from the K5. The engine is a brand new 2.5-liter turbocharged four-cylinder with 290 hp and an impressive 311 lb-ft of torque paired with a quick-shifting eight-speed dual-clutch automatic transmission. 0-60 should arrive in under six seconds, plenty fast to get the pulse racing. Just as important is available all-wheel drive for those in wet/snowy climes. The K5 will be Kia's first front-wheel drive sedan to get the AWD option. Nice. 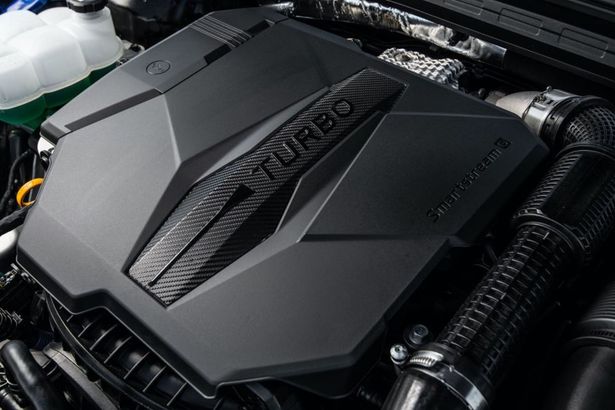 Inside, the K5 gets even more reworked as the exterior. The layout is much improved, more open, and ergonomics get upgraded, as well as material quality. In GT-Line and GT trim, the K5 will get optional perforated leather seats with contrast stitching, as well as a racy flat-bottom steering wheel. Other options include heated and ventilated front seats, a heated steering wheel, and wireless phone charging. 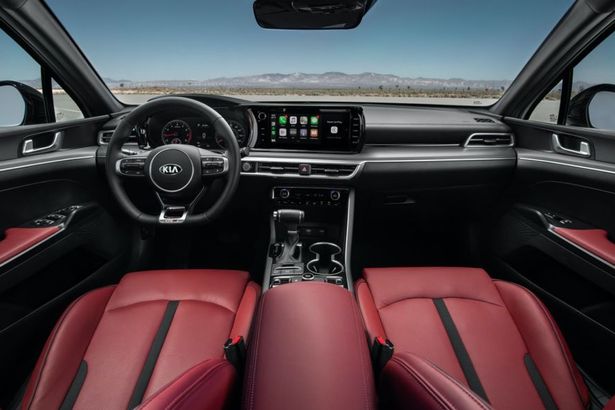 The K5's interior, especially in GT trim, is incredibly sumptuous and sporty.

Standard infotainment size comes in the form of an 8-inch touchscreen or an optional 10.25-inch version. Oddly, Android Auto and Apple CarPlay will be standard on the 8-inch version but ironically not on the larger screen. That should change quickly. The gearshift will be a conventional version and thankfully not a pushbutton jobbie, thankfully. 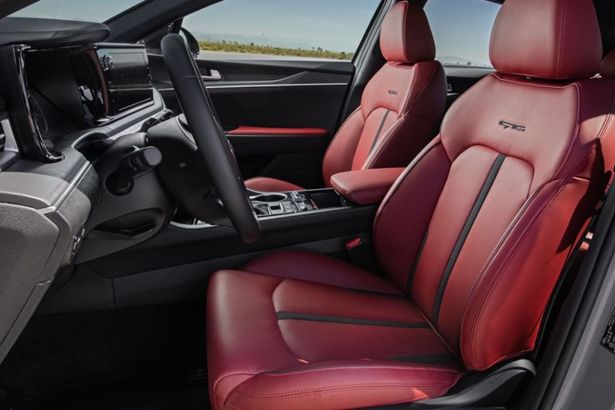 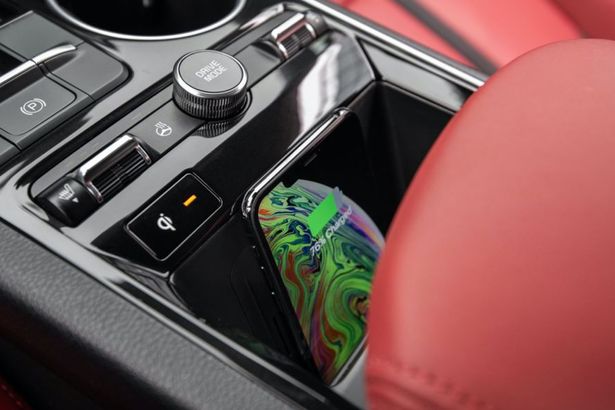 We don't know anything yet about prices, fuel economy, or sale dates, but we expect it will come later this year.LX, LXS, GT-Line and EX trims will be the first ones to go on sale, followed by the more powerful GT. AWD versions will also come at a later date. 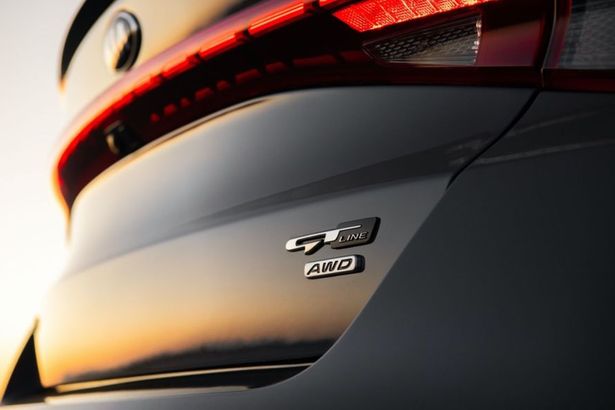 The AWD option is a brilliant addition to the K5's appeal, making it even more competitive.

The fact that the brand is putting the full beans into a struggling segment gives us hope since we adore sporty sedans. The outgoing Optima is a great car, and the new one should prove that much better. We can't wait to experience it in the flesh.