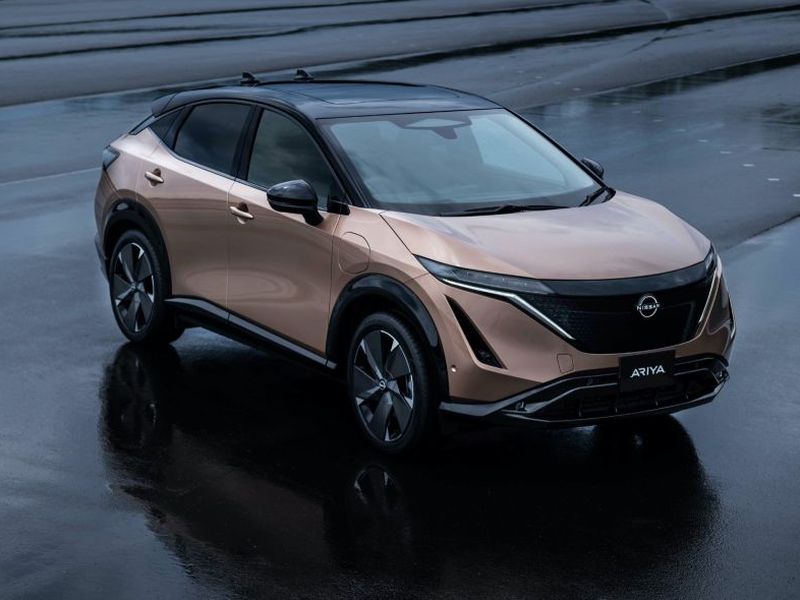 With this kind of style and efficiency, it could outsell the LEAF.

We've talked about the Nissan Ariya crossover EV more than once here because it's a pivotal vehicle for the struggling Japanese brand. Now, the Ariya has been fully revealed, and it looks exactly like the concept vehicle we've seen for the past few months. Just as important as the new design direction for the brand is its efficiency. 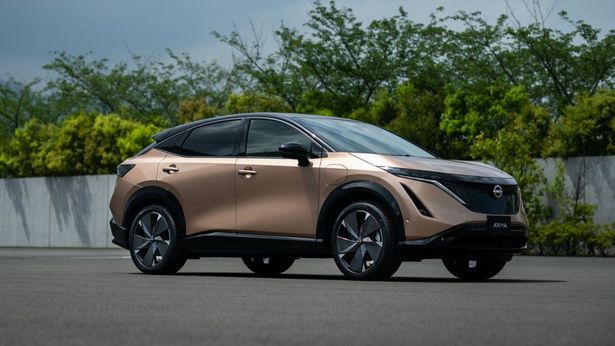 EPA estimates show it will go around 300 miles on a single charge in normal conditions, and that's a really big deal these days. It looks like Nissan is definitely headed down the right path... that of an efficient, attractive, and high-riding vehicle ready to take on the competition.

The New Face of Nissan 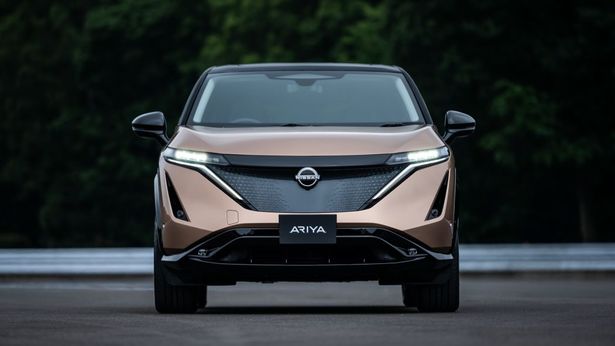 The same styling from the concept shows up on the production model, and that's a very good thing. Clean lines and some restraint reflect a more sophisticated approach than the overdone Murano and the blockier new Rogue. The new V-Motion grille is broken up at the base, and there's far less chrome present in the front fascia. The grille, of course, isn't functional in terms of cooling since it's an EV, so it gets a handsomely textured panel underneath a transparent cover. 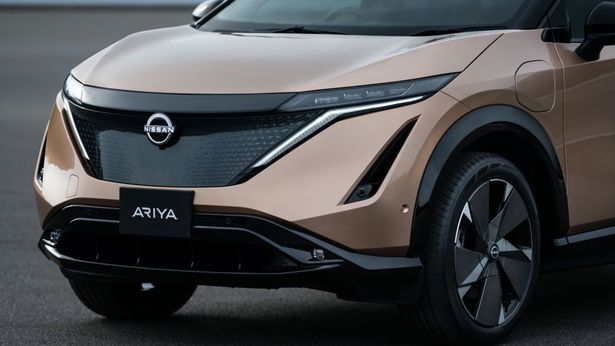 The same body contours and creases are present in production, and so are the aerodynamic but sporty two tone wheels. Nissan also kept the two-tone paint scheme with the black roof that descends into a floating feature at the C-pillar. Black lower fascia trim in front and back, black, fender trim, black exterior mirrors, and a black roof spoiler round out the look. The door for the charging port just aft of the front wheel is different from the concept due to the fact that it's pushed forward into the fender line and no longer bordered with the leading edge of the front door. No one will notice, anyway. 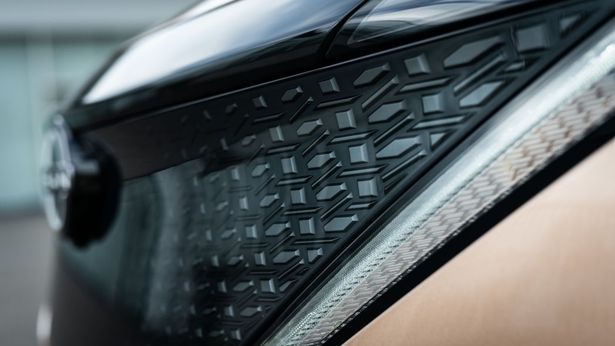 Regardless of how good the new Ariya looks, customers care more about range when it comes to EVs. Hell, that's why folks switch over from conventional gas vehicles. The good news is that the Ariya will get as much as 300 miles of all-electric range on a full charge. That's for the front-wheel drive model with the larger 87-kWh battery. This is an EPA test, so it's not on the European cycle and should be accurate for the states. The base Ariya gets a less efficient 63-kWh battery, but no figures have been released. 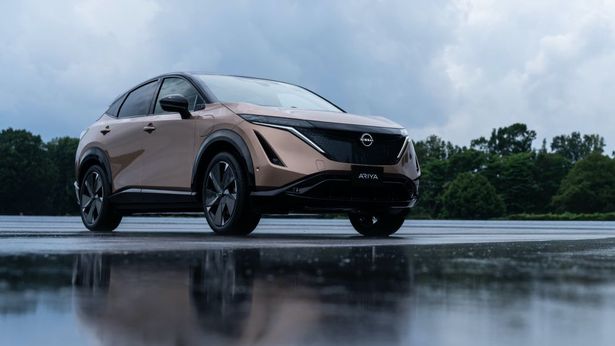 The base Ariya with the 63-kWh delivers 215 horsepower and 221 lb-ft of torque. The all-wheel-drive model gets two motors and the e-4ORCE that delivers a robust 389 horsepower and 443 lb-ft of torque. All-wheel drive will drop the range numbers, of course. As noted above, the Ariya is front-wheel drive biased, which means its driving dynamics will be more familiar to most drivers who are not accustomed to the less popular rear-wheel drive configuration, an intentional decision by the brand. 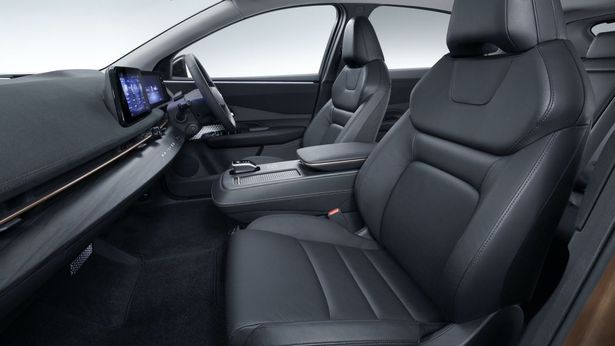 The interior you saw in the concept is pretty much identical in the production model (ours will be left-and drive, naturally). The minimalist and very airy cabin is bolstered by a flat floor in both rows thanks to the location of the floor-mounted battery. Two large screens (12.3 inches) work for infotainment, navigation, and driving instrumentation, and there's a brilliant center console that uses capacitive buttons illuminated under the very real looking faux wood trim. 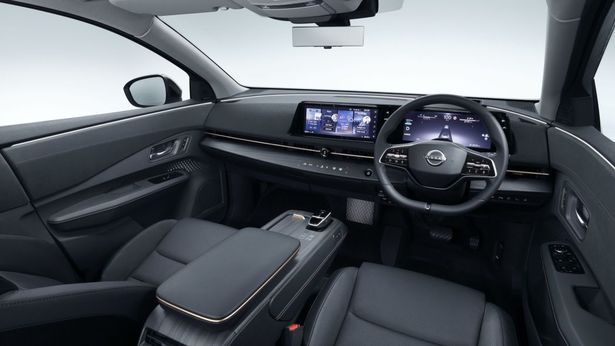 Another "cool" feature is the full width HVAC vents in the dash. The big, wide seats look to have excellent bolstering, and the overall look of the interior is a huge departure from the cheaper looking and overdone interiors found on the Murano and the Maxima. There's also a storage compartment and fold-out tray table under the dash because of the room provided by the relocation of HVAC mechanicals to what would normally be an engine compartment in a gas vehicle. 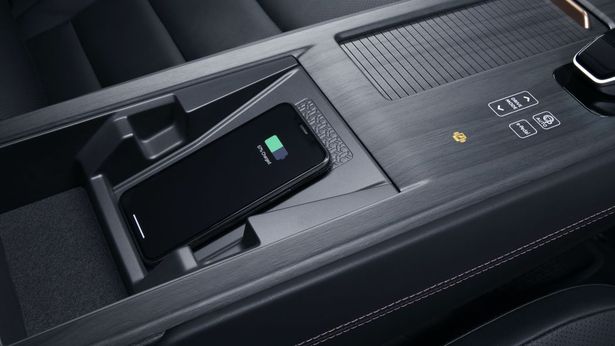 The array of tech includes a new infotainment system for the big twin screens, a full-color head-up display, cable-free Apple CarPlay/Android Auto, Amazon Alexa integration, and over-the-air software update, just like the Tesla Model Y (with whom the Ariya will go head-to-head) and a brand first. In terms of safety tech, the Ariya will get front and rear automatic emergency braking, lane-departure warning, blind-spot monitoring, rear cross-traffic alert, and automatic high-beam headlights, all standard. The second-generation ProPilot Assist with hands-free single-lane highway driving will be optional on the Ariya.

Pricing will start around $40,000 for the base Ariya, not including EV tax credits from the federal government. The new Ariya won't go on sale until later in 2021, but if you're in the market for a crossover EV, it might be totally worth the wait.