Cadillac's Future is Bound to the 300-Mile Lyriq Electric Crossover

Can this all-new EV right the ship? 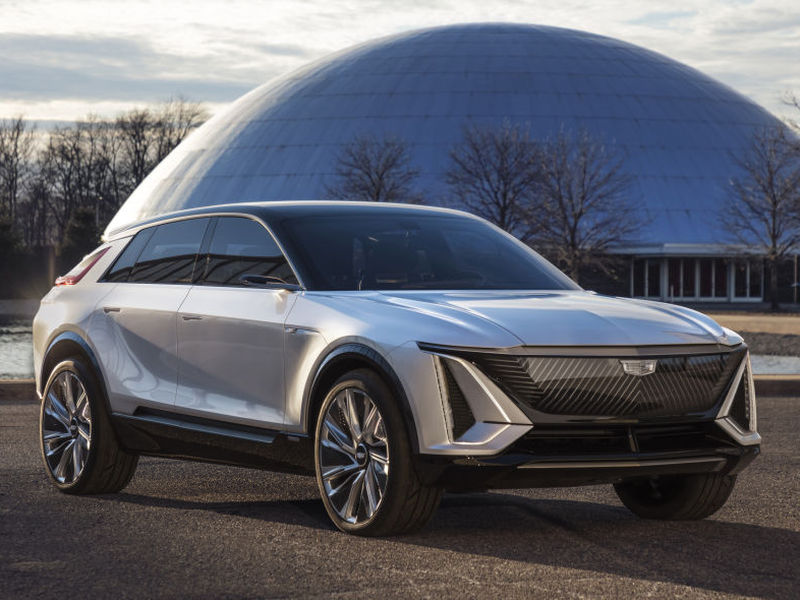 Cadillac gave the Lyriq the style and features it needs to compete.

Cadillac has had way too many misfires of late, and the list is long. They're trying to figure out who they are in a market that keeps changing. The big but agile CT6 sedan is going away because it can't seem to pull buyers away from the Germans, while the CT5 sedan and the XT6 SUV have received tepid reviews, at best. Could an electric crossover turn the tide for the brand? Well, we can now see the Lyriq crossover EV in the flesh, and it's pretty damned close to the real production deal. 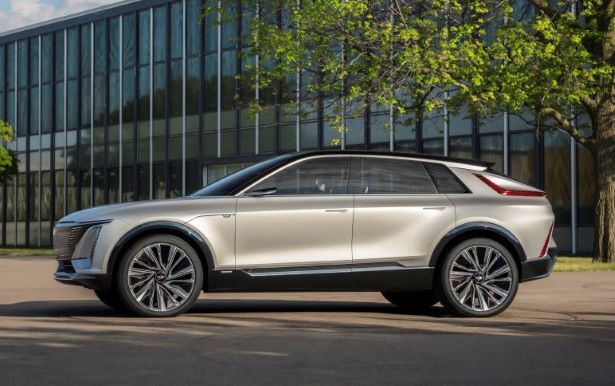 The Lyriq is unmistakably a Cadillac, but it also kinda looks like an Aston Martin.

While it evokes Cadillac styling cues, it moves in a more adventurous direction. More on that later. The most important aspect is the fact that it's the brand's first EV, and its importance cannot be overstated. In a world where Tesla is kicking everyone else in the teeth, Cadillac not only has to overcome its "also-ran" status in the luxury car world, it has to convince everyone it can build a bonafide electric vehicle that's efficient, as well as desirable. 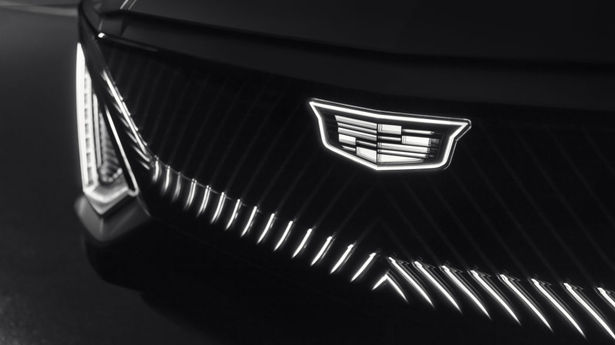 The Lyriq is no joke when it comes to efficiency, and Cadillac knows it had to be a contender. Keep in mind that the Tesla Model X Long Range gets a whopping 351 miles on a single charge, and the less expensive Model Y gets 316 miles of range.

The Lyriq is aiming for 300 miles, which is more than respectable. It will be rear-wheel drive biased and come in two formats, rear-wheel drive and performance all-wheel drive. They Lyriq makes use of GM’s new Ultium modular battery technology that's capable of more than 150-kilowatt DC fast charging, with a Level 2 charging rate of up to 19 kW. While the Lyriq might not be at the top of the heap in terms of range, it should easily dispel any concerns about its ability to go for days without charging.

It's Got the Looks, Too 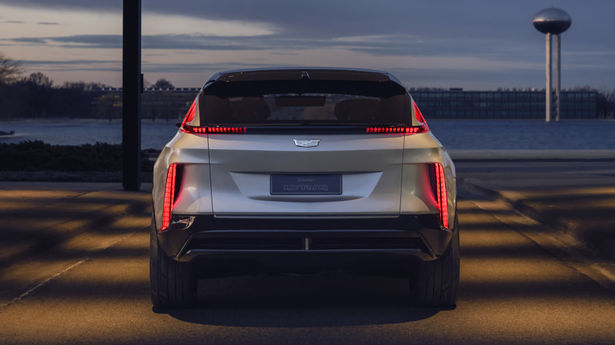 While it's not a copy of the rendering we showed you earlier in the year, it does bear strong similarities. The multi-surface front fascia shows a complex but attractive solid "grille" that looks like it was crafted from carbon fiber. There are multiple points of illumination in the grille, and apparently the Caddy logo is animated upon startup. There are also the same large openings on the lower fascia, and the handsomely creased hood leads to a steeply raked windshield and a sporty greenhouse.

The back end is even more interesting and not what we saw in the rendering. First of all, there are verticle taillights with ported openings, and then there's hockey stick-shaped lighting element just behind the C-pillar. There are even horizontal strips of red LEDs under the rear glass. The body has a single crease in line with the flush door handles, as well as a pronounced contour that emphasizes the fenders. The whole body looks sleek, and the wheelbase is quite long.

Is That a Big Screen, or are You Happy to See Me? 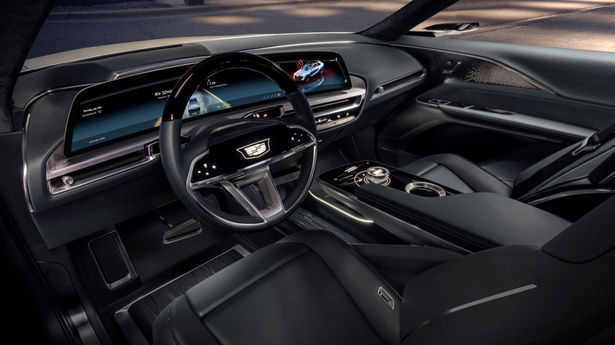 Caddy didn't pull any punches when it came to its main display. Massive.

The interior is a techie's delight. The design of the interior also seems more cohesive than Caddys of late. The first thing you notice is the huge 33-inch high-resolution, 3-billion color digital driver display and infotainment screen. It's the largest one we've ever seen. There's also a dual-plane augmented reality head-up display that's the first of its kind in a car. It can provide speed on one plane and navigation directions on the one behind it. That's mighty fancy. 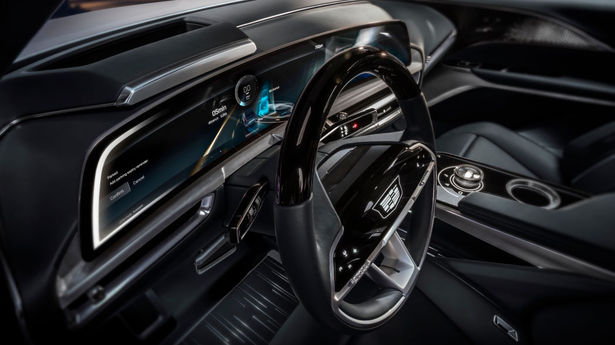 Other interior features include an illuminated steering wheel crest, backlit wood/aluminum door panels, and a sexy cantilevered armrest that floats just shy of the center console. You'll find knurled aluminum controls for drive modes, infotainment, and driver safety features. If you think it copies the Volvo XC90, you're not wrong. 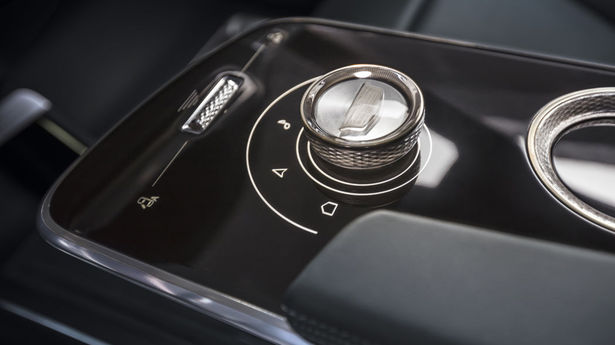 Nifty tech includes Caddy's much-praised Super Cruise advanced driver assistance system that's semi-autonomous. The Lyriq will most certainly get the next-generation software and hardware that should make it even easier in frustrating traffic and long drives. It may also receive remote parking, as well as other OTA updates as the team develops the vehicle.

The vehicle you see here is about 80-85% of what you'll see in the production version. The Lyriq won't be ready for launch for another two years, so there's a fair amount of waiting. That could prove problematic for the brand that's been struggling for some time. No doubt, other crossover EVs will jump into the fray, and what's impressive now might not be in 2022 when the Lyriq goes on sale.