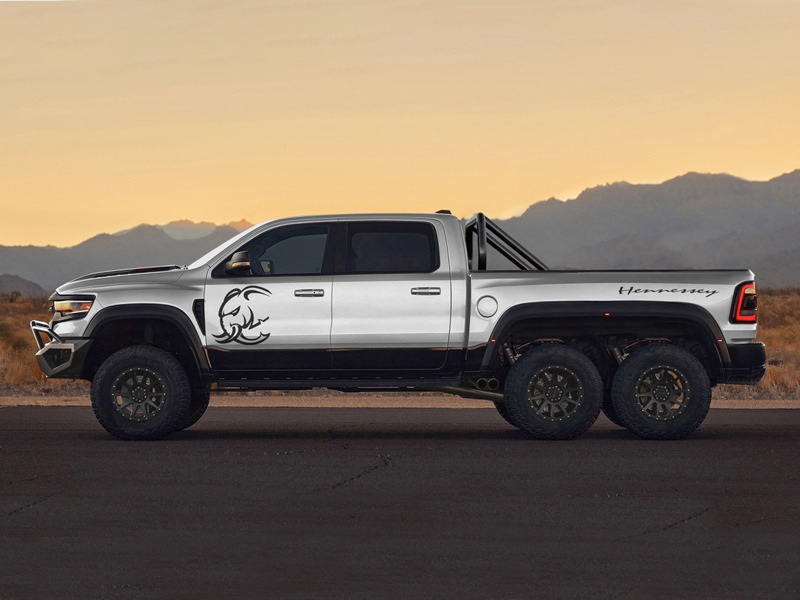 The Mammoth is just more of, well, everything.

Hennessey Performance out of Sealy, Texas might just be the one place we'd go to get our post-apocalypse performance truck. Back in 2018, they did up a 6x6 based on the Chevy Silverado called the Goliath. Now, they've gone even crazier with their customized version of the new 2021 Ram 1500 TRX, and they gave it an extra set of wheels, as well as an engine that's worthy of all six tires. It's called the Mammoth, and it's just the right name for something this beastly. 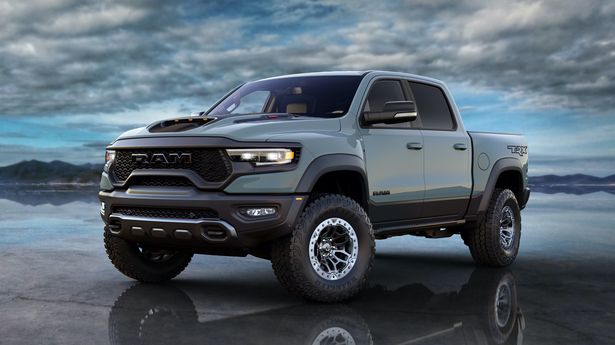 The company just announced its most powerful truck (which is saying a lot since the Goliath churned out between 705 and 808 horsepower) with the Mammoth. It gets a specially-tuned 7.0-liter Hellephant engine that's good for 1,200 horsepower that drives all six wheels. That's 498 more horses than the supercharged Hellcat engine in the already powerful TRX.

The problem is that Hennessey will only make three of these monsters at a cost of half-a-million dollars. This makes the Mammoth the most expensive truck the company has ever built. Unfortunately, there aren't many details offered up and no additional renderings of the exterior and none of the interior. But Hennessey does not disappoint and should make the cabin technologically modern and well-appointed. 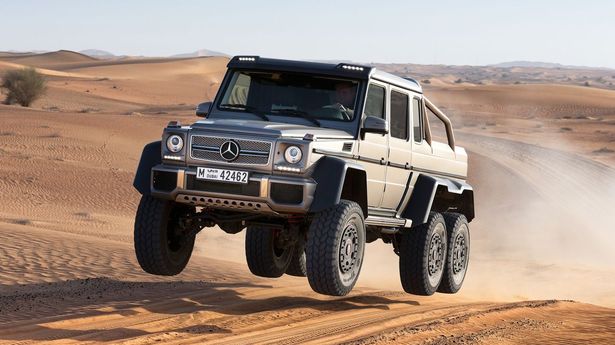 What is known so far, other than the power and the number of wheels the Mammoth will have, is the fact that it will get a fully-upgraded off-road suspension setup, a custom interior, and new front and rear bumpers, and a fusillade of LED lights. From the lead photo, it also looks like it will get a roll bar, beadlock wheels, and dual side exhaust pipes. The Mammoth decal on the front door, unfortunately, looks more like an elephant (which might be more about the Hellephant engine, anyway).

“We are very excited about the Ram TRX ” stated Hennessey Performance founder and CEO, John Hennessey. “Mammoth 6X6 powered by a 1,200 HP Hellephant motor is just a completely ridiculous idea, which is exactly why we are doing this." Gotta love this guy.